Cloudberries are one of the rarest, and most sought-after, fruits (yes, cloudberry is technically a fruit and not a berry) in the world. In fact, unless you’re actively looking for them, you could go a lifetime and never see one. The boreal bright yellow berries flourish in the most unforgiving of environments and are so desired across Scandinavia that they’ve referred to as “Arctic Gold.”

Cloudberries are only found in the wild, and their locations are kept secret from generation to generation, similar to the way people treat searching for truffles. There’s even a popular (if unverified) story of a woman who broke her leg while picking cloudberries and, rather than give away her location, dragged herself a safe distance from the fruits before finally calling for help. No idea if it’s true, but given the high price of cloudberries, it’s believable!

Love of cloudberries goes back to Viking times (and probably before); Viking explorers were even known to take preserved cloudberries on their voyages, knowing that they could prevent scurvy (due to the high Vitamin C content, a fact that was not known at that time).

But you’re probably asking: so what the heck are cloudberries? If you’ve got questions, we’ve got answers. Let’s dive in.

Find out all about cloudberries, including what they are, where to find them, and what they taste like:

What is a cloudberry?

Cloudberries are small, edible fruits that look similar to raspberries but have a vibrant amber hue. They’re part of the rosaceae family of flowering plants which also includes apples, cherries, pears, blackberries, almonds, and ornamental roses. Like many other types of berries, the cloudberry is dioecious – meaning that each plant is either female or male.

Unfortunately, this prized Arctic bramble is not the most efficient reproducer. It takes seven years before the coveted plant can bear fruit.

Where do cloudberries grow?

Although these colorful berries sprout across three continents, they’re not the easiest to find, and have yet to be commercially raised.

Cloudberries are native to peat-rich moors and mountainous bogs within, or close to, the Arctic Circle. They thrive in soil that’s acidic and low in nutrients, which makes it one of the few flora that can be cultivated in the harsh polar regions.

In Europe, most cloudberries are found in Russia and northern Scandinavia. They’re called hjorton in Sweden, molte in Norway, multebær in Denmark and hilla or lakka in Finland.

When is cloudberry season?

The berries appear in July and are gone by mid-August when the wild fruit ripens from a bright red to its signature amber shade. Blink twice and you may miss the yearly cloudberry harvest, which can last from a couple of weeks to about a month (and some years there are no cloudberries to be had!).

In Nordic countries, the demand for cloudberries tends to exceed what’s picked annually, especially in Norway and Finland where the berry is considered a national delicacy. As a result, municipalities have enacted strict rules on where, and how much, of the rare berry can be collected. 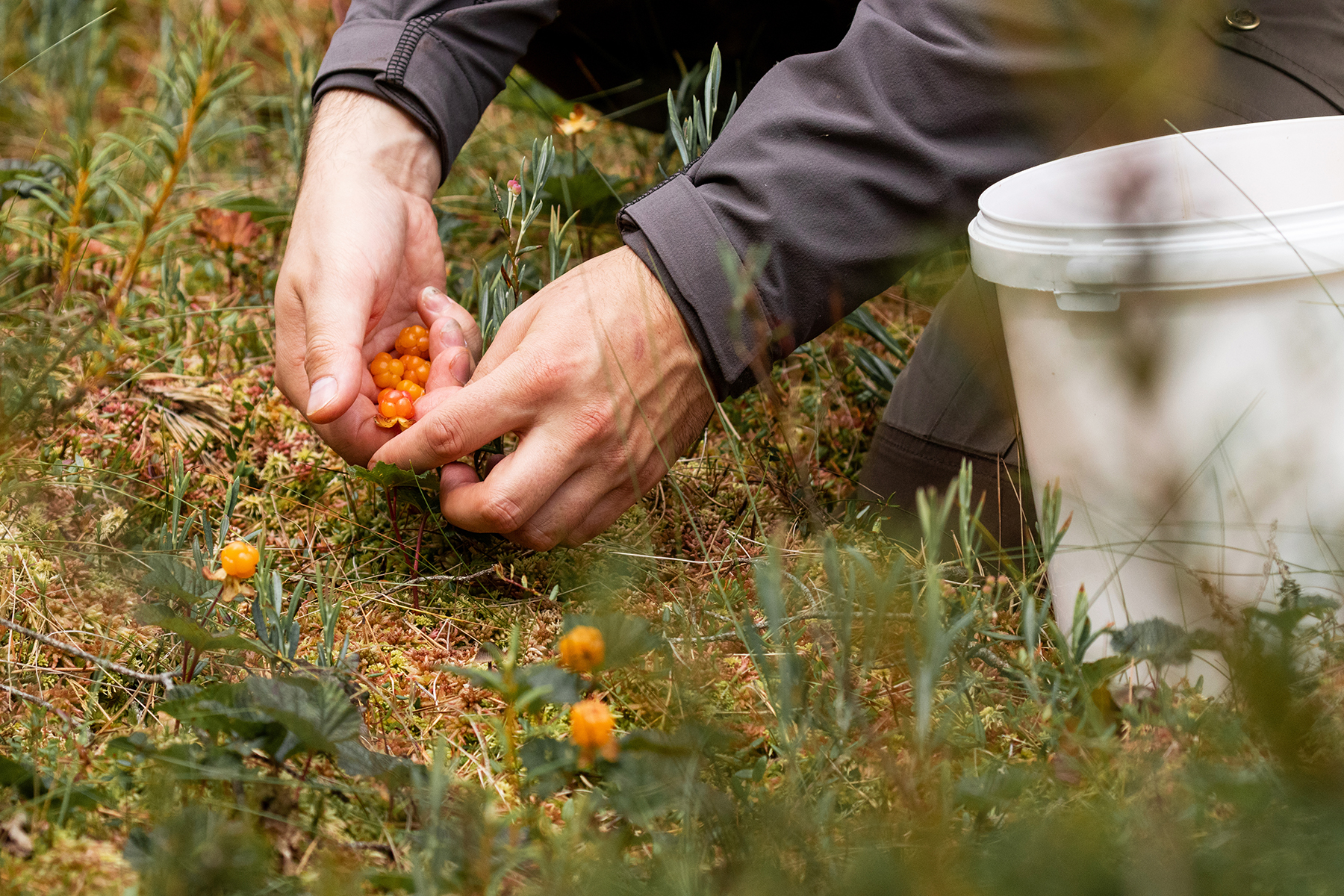 Beloved by chefs in the New Nordic culinary scene, the flavor of a cloudberry can be difficult to describe. They’re tart and tangy when fresh and ripe, due to their high vitamin C content.

In the olden days, they were used to treat scurvy and diarrhea. When over-ripe, the berries are said to have a “creamy” texture and become almost savory when stewed. Cloudberry jam has even been described as having a spicy aroma.

How do you eat cloudberries?

Traditionally, cloudberries are frozen after picking and saved for special meals, especially around Christmas.

In Finland, hilla are enjoyed with warmed leipäjuusto (also known as squeaky cheese). In Sweden, hjorton jam is used to top pancakes and waffles.

In Norway, cloudberries are used to make multekrem, a traditional Christmas dessert with homemade whipped cream.

Why are cloudberries so expensive?

Supply and demand! The demand for cloudberries exceeds the supply, even in years when the harvest is good.

Where can you buy cloudberries?

Due to their scarcity, rarity and delicate form (which can make transport problematic), it can be virtually impossible to get your hands on fresh cloudberries outside of where they naturally occur.

Lapponia Lakka is a well-known Finnish cloudberry liqueur. It can be hard to find and sells out quickly, but here’s one shop in the EU that sells it online:

Buy cloudberry liqueur in the EU

Want more Scandinavian berries and plants? See our full guide to Swedish berries, our recipe for Elderflower syrup, two recipes with Danish strawberries, and how to forage in the Swedish forest.