There are seven Danish UNESCO World Heritage sites, a classification which puts a location in the ranks of globally renown places such as the Great Wall of China, the Pyramids in Egypt, and Iguazu Waterfalls in Brazil. These sites are selected according to their geographical, cultural, and historical relevance within society and to humankind, including natural areas, old ruins, and conserved buildings.

Visiting the UNESCO sites in Denmark is fairly easy, as all are accessible by train or bus

These are the important UNESCO sites in Denmark you should know about:

Jelling mounds, runestones, and the church are located in the Vejle Municipality in the middle of Jutland. The area has been part of UNESCO heritage list since 1994. Jelling is known for hosting the first monarchs of Denmark during the Viking Age. 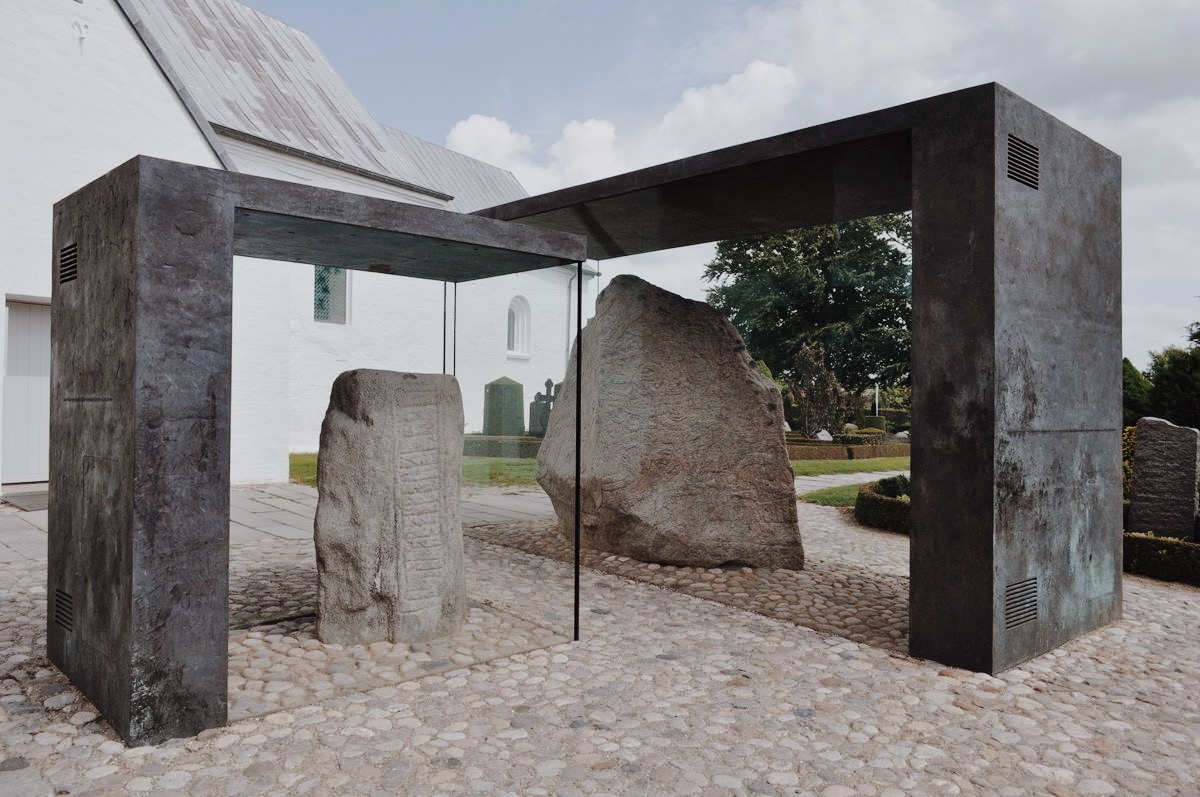 The Jelling mounds are two flat-top turf hills, built during the 10th century and representing Viking pagan culture. The north mound contains an empty burial chamber, while the south mound seems to contain nothing. The south mound is associated with Queen Thyra, the wife of King Gorm the Old of Denmark, who reigned from 936 to 958.

The world’s largest stone ship was discovered under the mounds. Stone ships are a burial custom from the Viking Age in which stones are placed in the shape of a ship surround a grave site. They have been found around northern Europe and were erected from 1000 BC to 1000 AD. 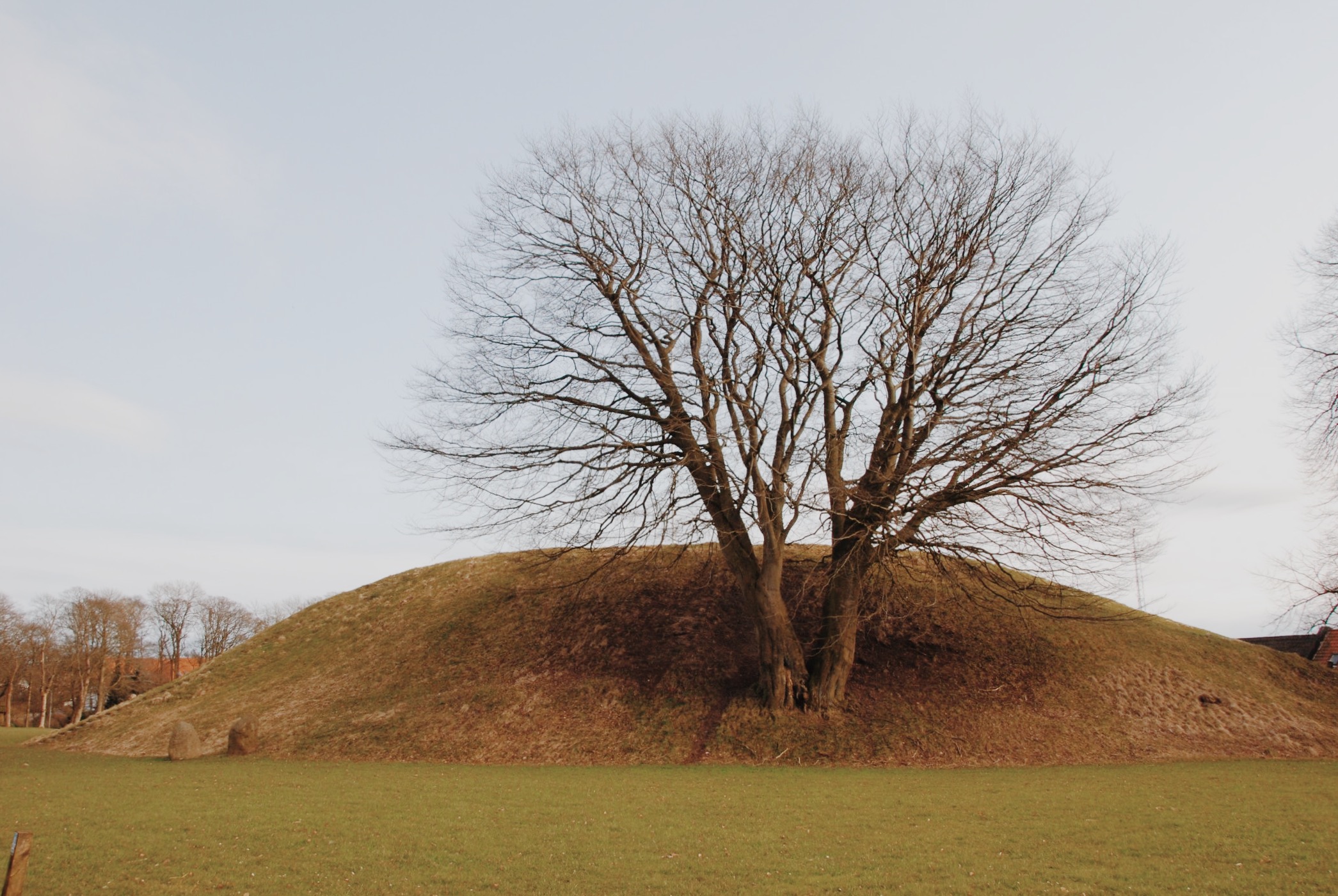 The church in Jelling represents the introduction of Christianity by Harald Bluetooth, son of King Gorm the Old. The runestones, which are inscribed raised stones, are placed between the Jelling mounds. The larger stone was dedicated to King Gorm the Old, and the smaller for Queen Thyra.

Christiansfeld has been a UNESCO site heritage since 2015. It is a small village located within Kolding municipality with approximately 2,885 residents. The village was found in the 18th century by the Moravian Church, with its egalitarian philosophy, and named after the King Christian VII who financially supported the village’s construction. Christiansfeld was conceptualized as a Protestant city ideal, built with a Church square at its centre. 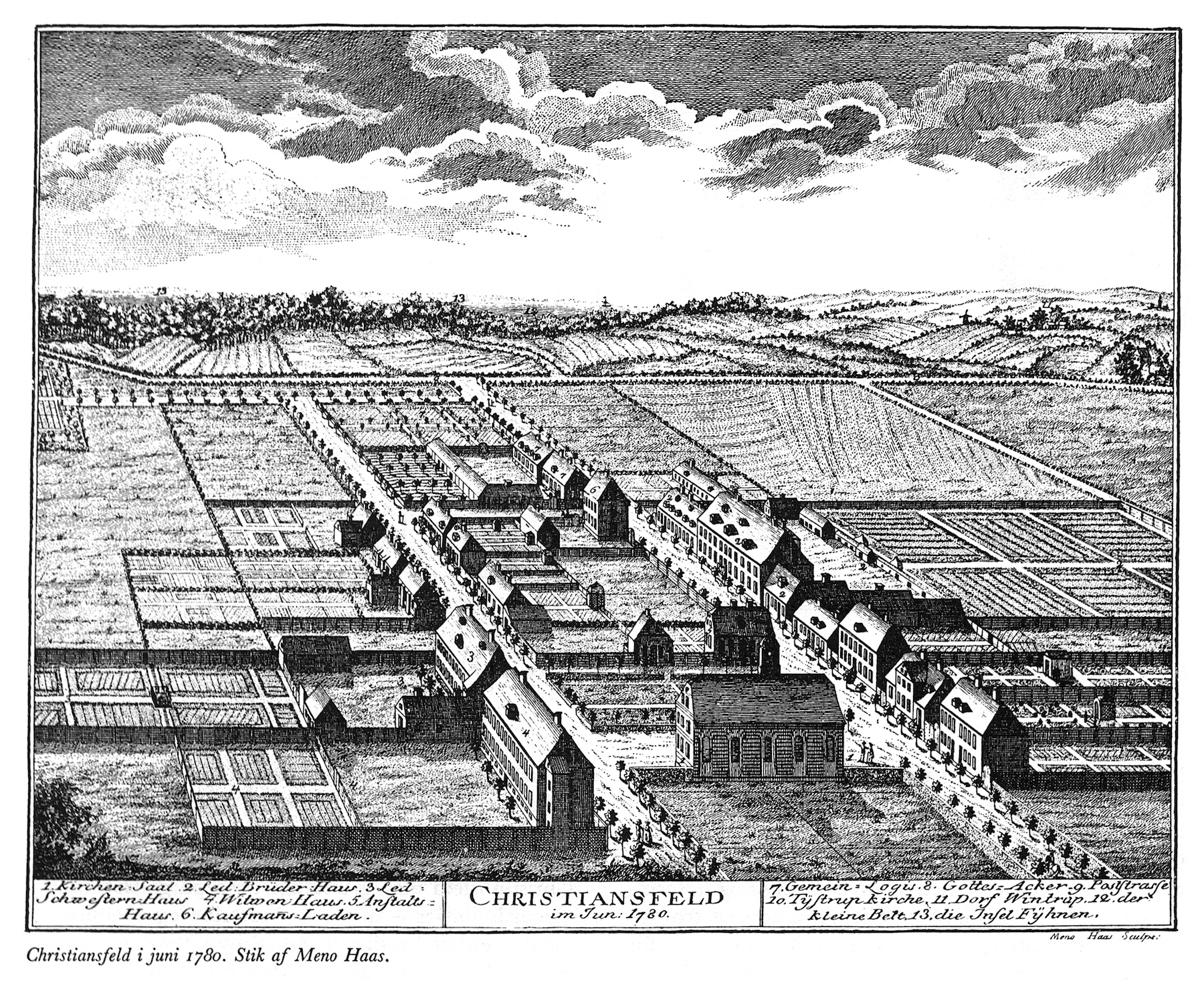 The preserved architecture and layout of the village are a treat for history and design-lovers alike. The German influence can be found in the central Moravian church from 1800s, the cemetery, the hall, and at the cultural centre. Moravian influence can be seen in the town’s plan, which includes communal housing for the church congregation’s widows as well as unmarried men and women.

Christiansfeld is known for its delicious honey gingerbread (honningkager). To taste the original recipe, be sure to stop by their local bakery, called Honningkagehuset.

Kronborg Castle is located in Helsingør, north of Copenhagen, and it is known as the model for the castle in Shakespeare’s Hamlet. Kronborg has been a UNESCO heritage since 2000.

The castle dates from 1420, when it was just a fortress called “Krogen,” built by Danish King Eric of Pomerania. It was King Frederick II who commissioned Flemish architect Hans Hendrik van Paesschen to transform the fortress into a Renaissance castle. The majority of the castle – everything except the chapel – was destroyed by a fire in 1629. Rebuilding began almost immediately and was ongoing until 1639. 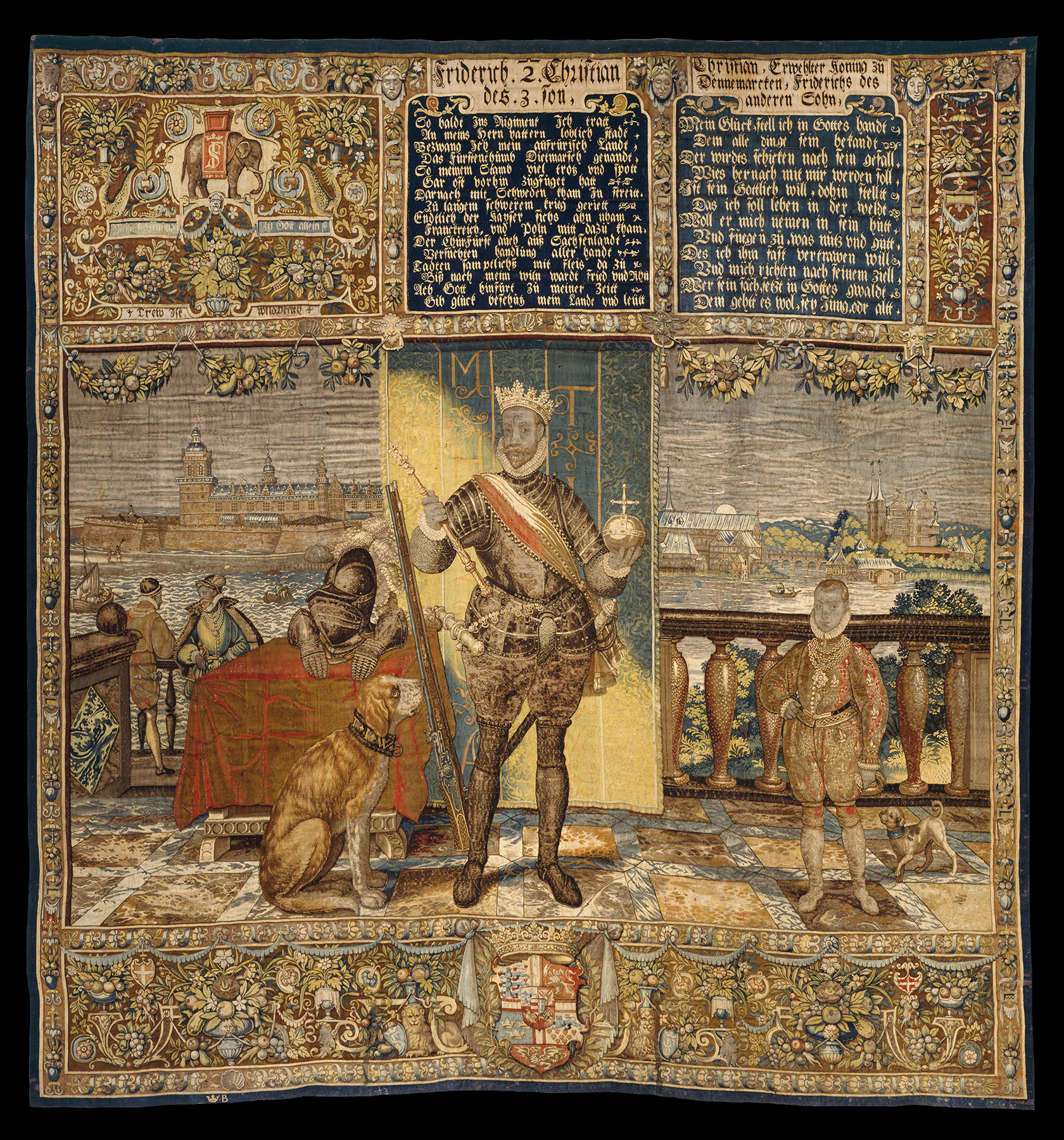 In 1658, the castle was conquered by the Swedish army during the Dano-Swedish War. Between the war years of 1658 – 1660, queen of Sweden Hedvig Eleonora of Holstein-Gottorp lived at Kronborg and entertained foreign officials there. Kronborg was once again the property of Denmark by the close of the war. From 1739 until the early 1900s, the castle was used as a prison, with the prisoners being forced to work on Kronborg’s fortifications.

Today, Kronborg castle is a gorgeous museum and performance space. From the top of the castle it is possible to see Helsinborg, Sweden, as well as the Maritime Museum designed by Bjarke Ingels Group. Every summer, Hamlet is performed at the castle. If you’re a fan of the play, this is a must-see! 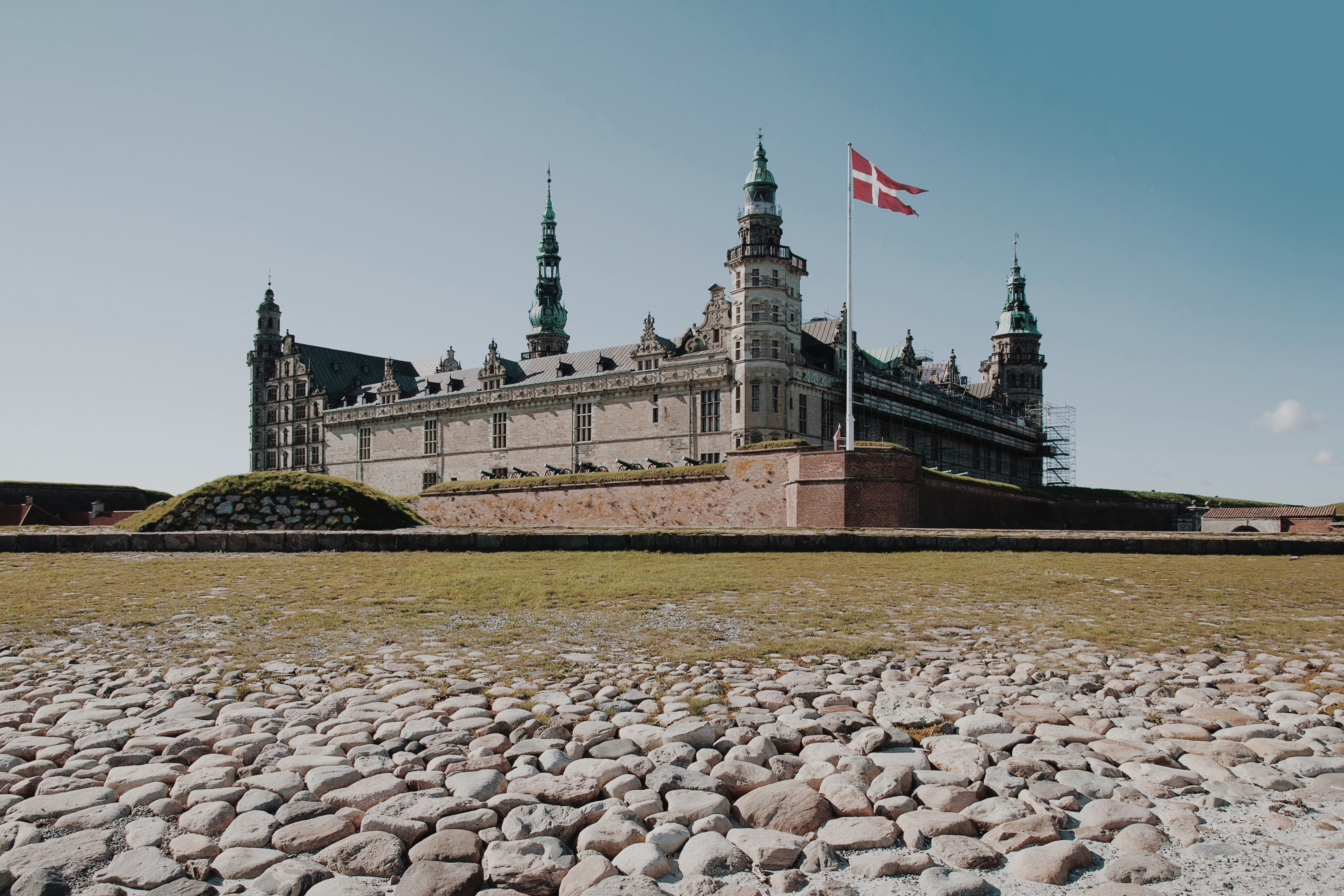 The hunting landscape is where Danish kings and the royal families practiced hunting as a sport, and as a way to enforce political power, between 17th and 18th centuries. The forest of Store Dyrhave, Gribskov, and Jægersborg Hegn became lush hunting scenery. A system of grids, numbers, and lodges were designed to accommodate the activities within those three parks, all UNESCO heritage sites since 2015.

Today, these areas are used for recreational events and are open to the public. It is possible to have long walks, picnics, and see deer running freely.

Within Dyrhave sits the oldest amusement park in Europe, Bakken, The Hermitage, the king’s hunting lodge, is also open for visitors to tour its grand interior. This verdant forest is full of quiet wonder and is a great place to take the family for a day of outdoor fun. 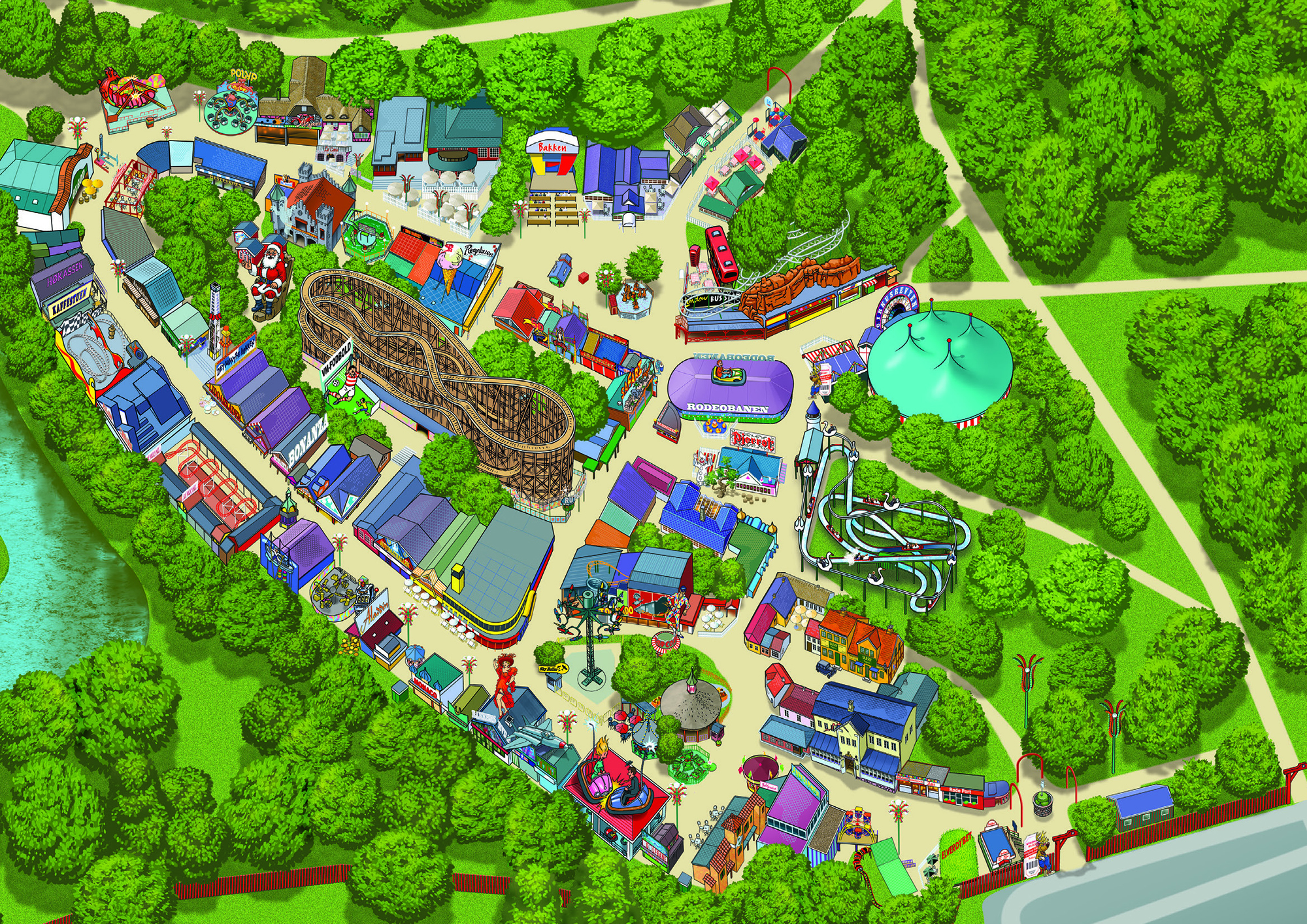 Roskilde Cathedral is located in the center of Roskilde, a city that lies 30 minutes away from Copenhagen. Though other churches were previously built at this same site, but it was only in 1170 that building began on the current cathedral. It took more than 100 years to finish the project and is the first gothic church to be built in brick. Since then, it has become an important influence and reference for this specific style of construction. The cathedral has been a UNESCO heritage since 1995. 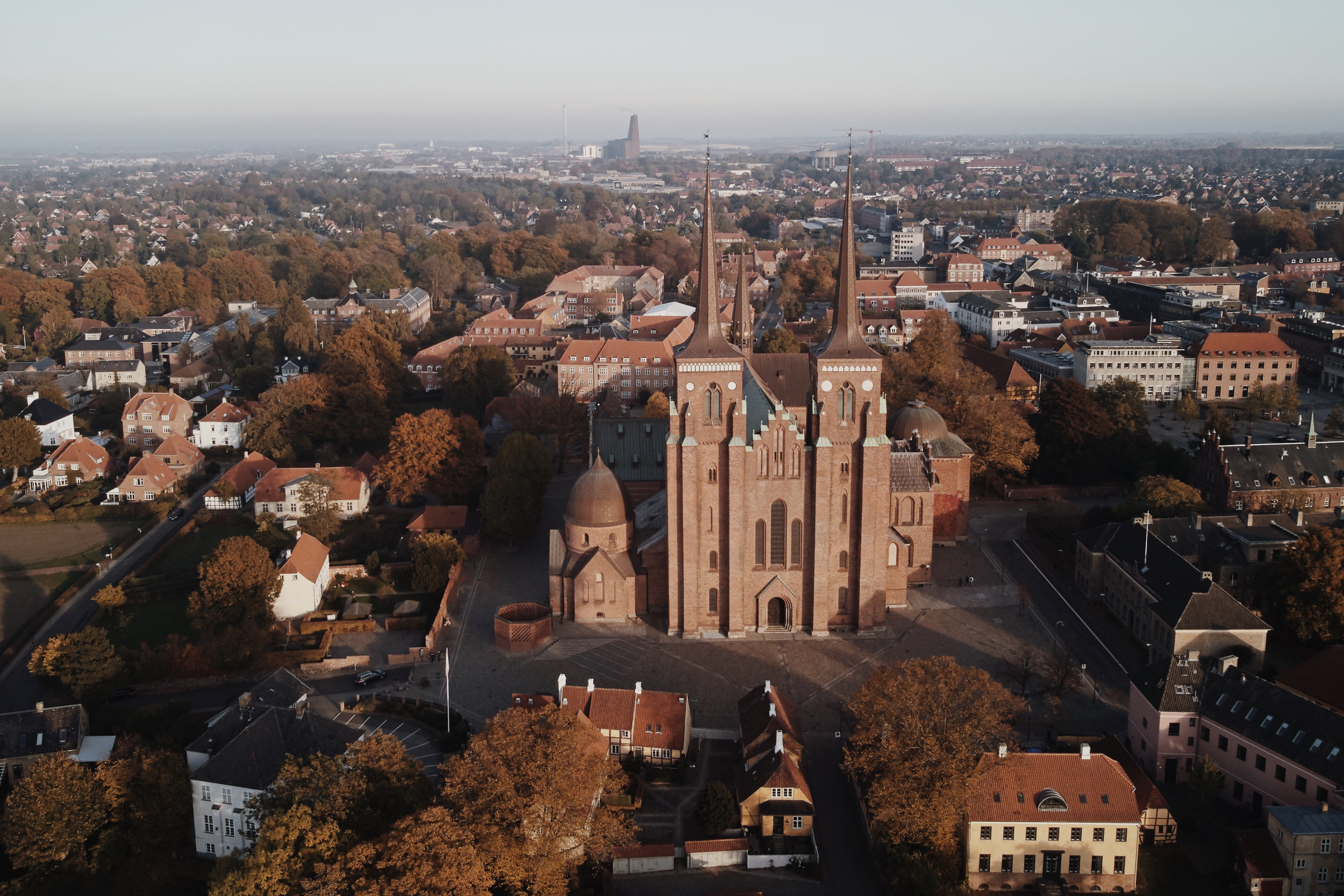 The impressive interior contains an enormous amount of art. The buried chapels, ceiling, floors, and altar are all beautiful. The layout has been extended and refurbished over the years to accommodate all the royal coffins: Roskilde Cathedral is where all kings and queens of Denmark have been buried since 15th century. There are currently 40 in total.

Once you’re already in Roskilde, take a walk through the charming pedestrian centre of the city. We also recommend a visit the Viking Ship Museum, where you’ll see lovingly restored Viking ships, and Ragnarock: Rock and Pop Museum. In addition, the city is famous for Roskilde Festival, the largest rock music festival in northern Europe; during this week in July, the city is completely overtaken by revelers, though most stay at the camp grounds, and the whole town gets involved with the festival’s “orange feeling.” 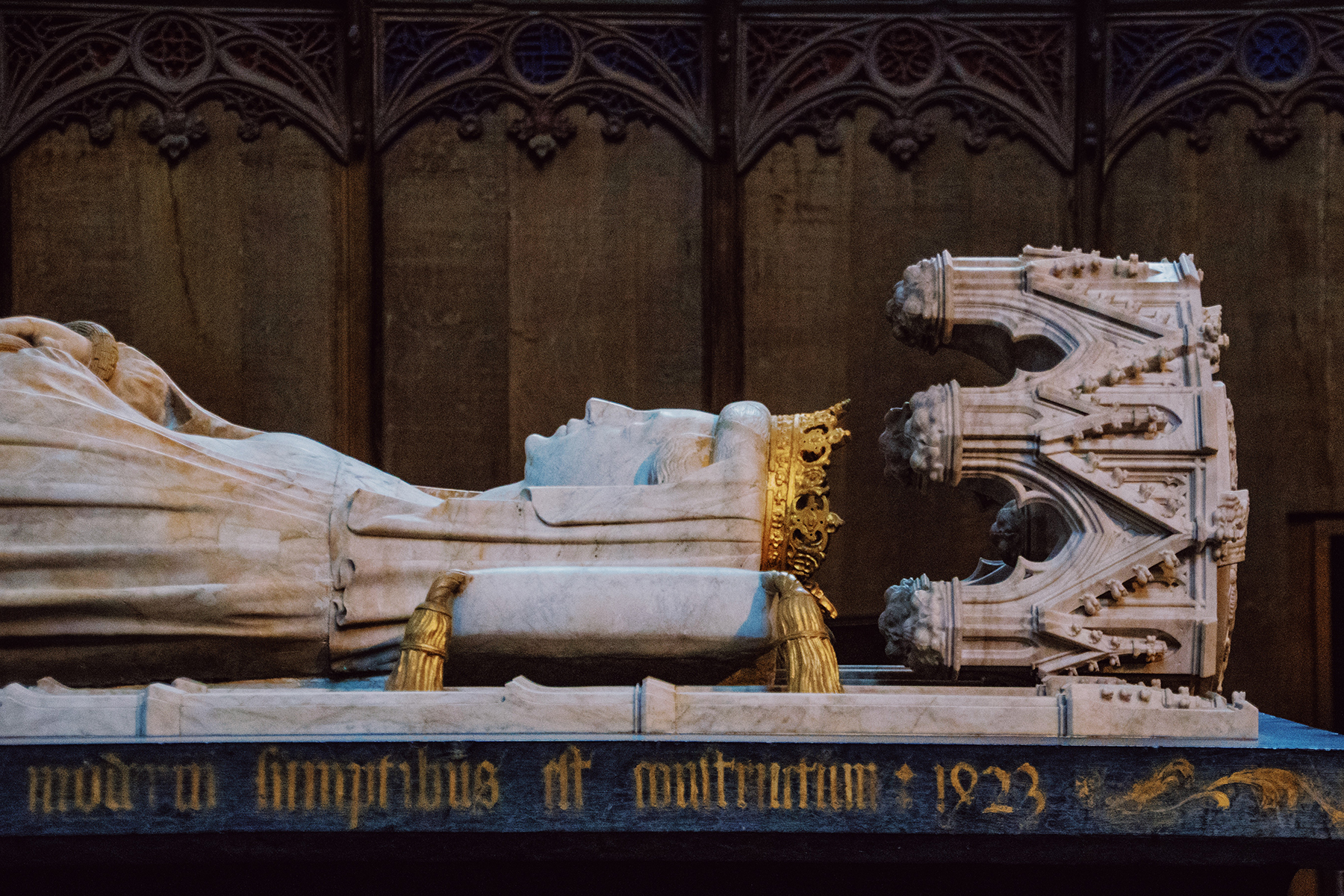 Stevns Klint are chalk cliffs along 17km of the southeast coast of Zealand; it has been a UNESCO heritage site since 2014, along with the Wadden Sea.

The white cliffs are an unique part of Denmark. They are important archeologically as they make up one of the best exposed Cretaceous-Tertiary boundaries in the world. In the thick layer of Fiskeler (Fish Clay), it is possible to see feossils from animals which lived in the area more than 65 millions years ago. The layers can also be seen in Stevnsfortet, an underground cold-war fortress built in 1953. 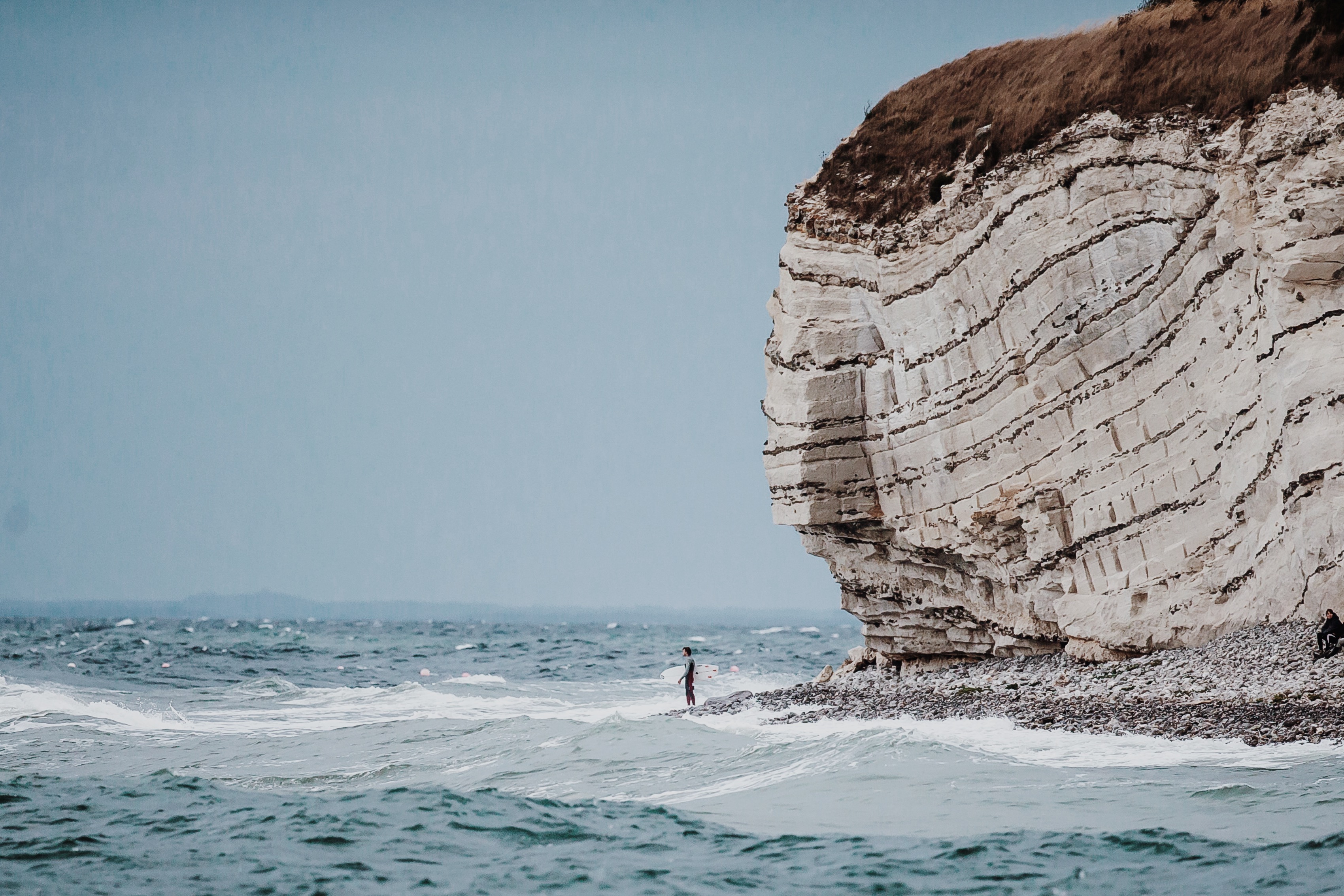 It is possible to walk down the cliffs and stroll along the shore, where you can hunt for fossils and take a cool dip in the ocean.

The famous Møns Klint and Faxe Kalk are both located close to Stevns Klint, and are certainly worth a visit! We also recommend Hoejerup Old Church, Stevns Lighthouse, and Stevns Nature Center. 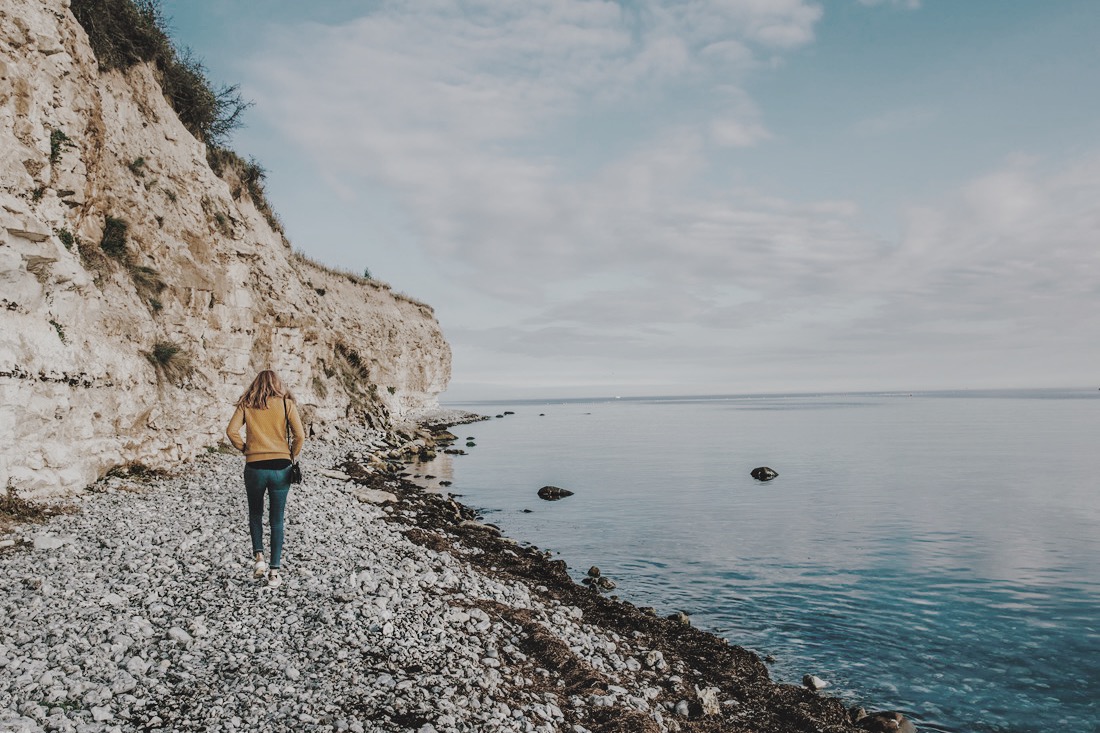 The area of Wadden Sea is preserved and shared by three countries: Denmark, Germany, and The Netherlands. It is one of the largest marine ecosystems where the natural grid remains nearly untouched. The area has a unbroken system of sand and mud flats, as well as huge diversity of animals, plants, and shells. It is an unique and movable landscape formed by the wind and tides. Truly a special place, particularly now as we are rapidly disrupting marine ecosystems due to human interference.

For its biodiversity and unique geological features, the Wadden Sea was listed as an UNESCO site in 2014.

When you’re on the west cost, visit Ribe, the oldest Danish city. There, you’ll be able to see the Wadden Sea Center, where you can learn more about Wadden Sea, the UNESCO distinction, and take guided tours of the area.