Isabelle Feliu is an Oslo-based, Québec-born illustrator whose work captures a blend of cultures, celebrates womanhood, and highlights body positivity in a wonderful way. Being half-Honduran (her mother is from Honduras), cultural diversity is very important for the illustrator, and so are the memories gathered from the childhood travels. What she saw and experienced during those voyages later became a huge source of inspiration and imagination. Before becoming an illustrator, Isabelle studied fashion design and merchandising in Montréal. After moving to Oslo in 2016, she switched to illustrating.

Going through Isabelle’s work, I was fascinated by her unique style in portraying women of different shapes, styles, skin colors, and backgrounds. In Isabelle’s art, I saw courageous, free, and self-confident women fully enjoying life. “My illustrations are very light, and my idea is to always show women having a good time, whatever they are doing,” she explains.

Even though Isabelle does not consider her work political, bringing out all those beautiful aspects of womanhood seems like a feminist act to me. “I do consider myself a feminist, but I don’t really get political when I create illustrations. I enjoy illustrating the diversity and am flattered by the fact that some women find my illustrations empowering.”

Isabelle notes that “it is important for women to be able to express every facet of their personality, even when those facets might seem contradictory for some.” Speaking of contradictions, I couldn’t help asking her about the fashion industry still representing women as perfect, forever young, and skinny when the reality is contradictory to what we see on television and in magazines.

“I really don’t have anything against youthful and skinny women! They are beautiful too but this tendency of showing only one type, however, is destructive, especially for young girls. Fashion should make people feel good about themselves, not the opposite. It should be more diverse and inclusive, showing as many curvy girls as skinny girls, making clear that we are all ‘real’ women.”

In this same vein, Isabelle has done some fantastic work with Puma. Having created a series of illustrations, she presented women in daily life, doing various activities from sports to having picnics. Her illustrations support women in sports and describe them as confident, strong, and joyful. Isabelle herself doesn’t play or follow sports but has the general impression that men are given the spotlight while women still have a long way to go. “It is obvious that women need to work harder to prove themselves in sports as in so many other fields,” she says.

Isabelle currently lives in Oslo and says that getting accustomed to living in Scandinavia was a bit hard at first. She could not speak the language and her work as a fashion designer was not in a high demand. She decided to work for herself and started illustrating. Moving to Norway pushed her to do what she really enjoys, but it can be isolating.

Isabelle says she doesn’t really participate in the Norwegian art scene. The dichotomy of work that highlights inclusivity and female togetherness, while working solo, is a truth for many artists. But it seems to work for her; Isabelle’s art celebrates both the individuality and unifying facets of womanhood in a way that is joyful, colorful, and totally her own.

You can find Isabelle’s original illustrations on her webshop and prints at society6. You can also check out her instagram. 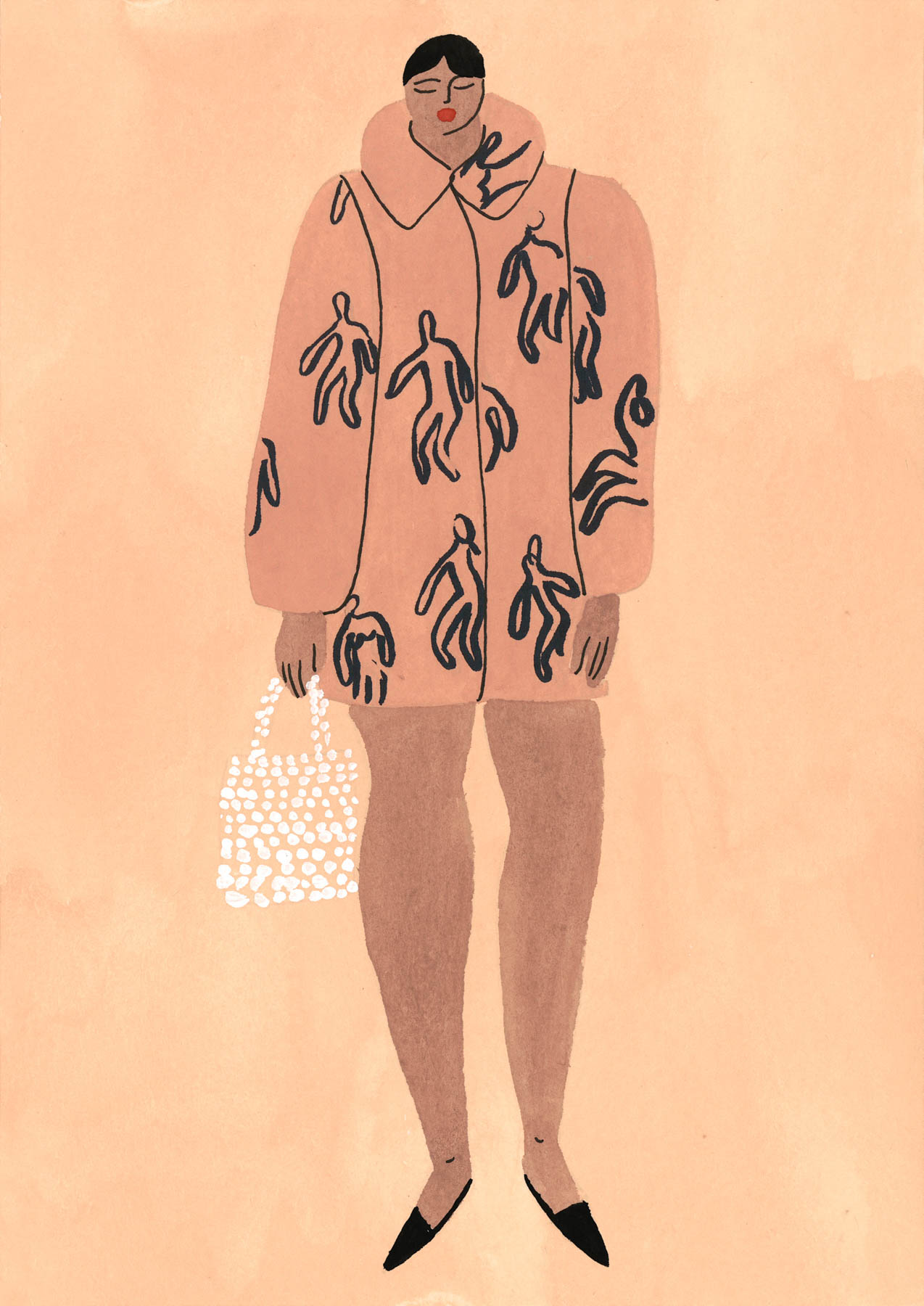 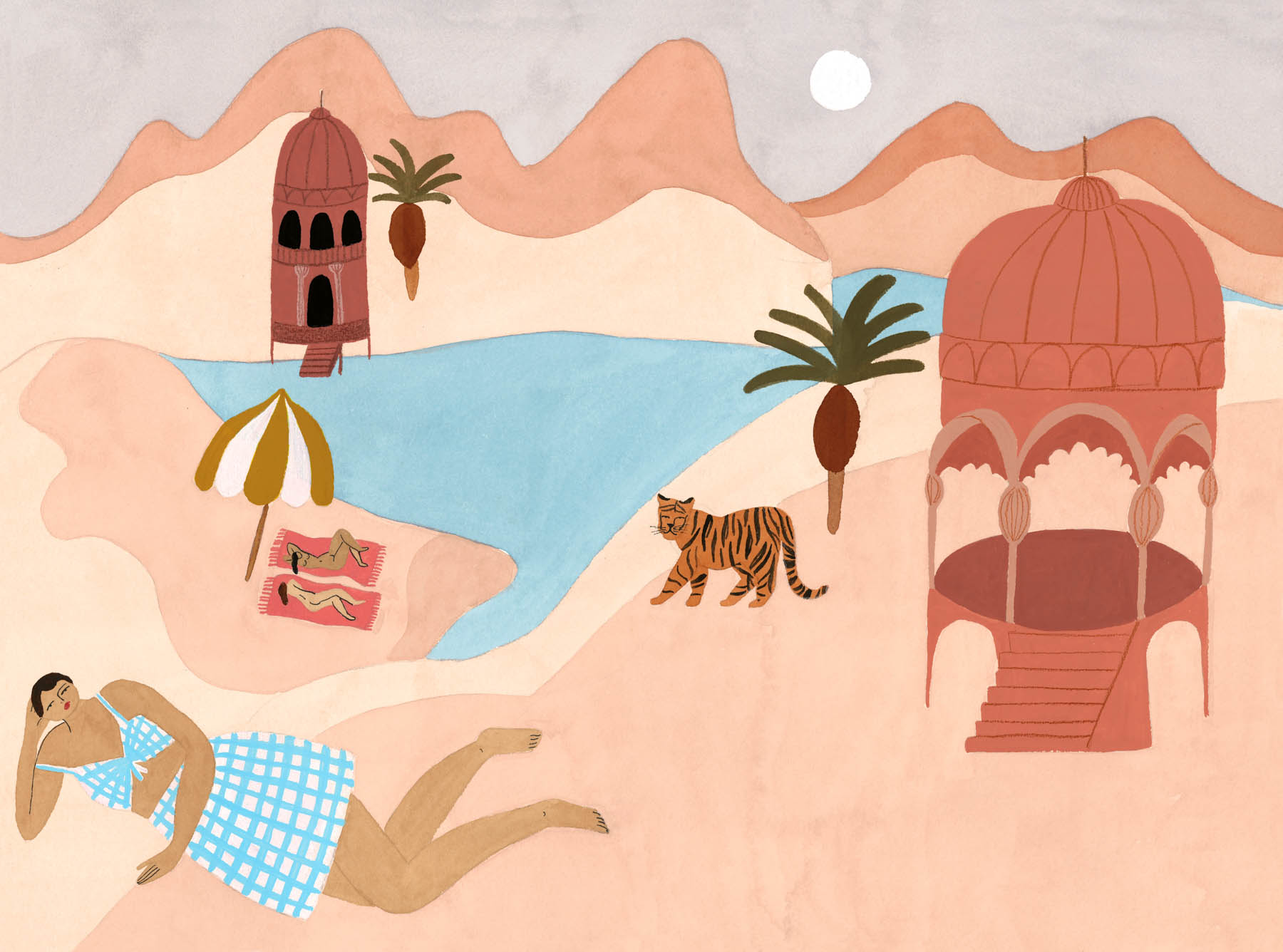