Torskerogn, or cod roe, is popular across all of Scandinavia. It is spread on rye bread in Danish daycares, squeezed from toothpaste-like tubes in Sweden, and harvested as a seasonal delicacy during the Norwegian winter months.

Torskerogn is an unassuming but interesting food, with a rich and long history rooted in Scandinavia’s Viking past.

Find out about Scandinavia’s love affair with cod roe, from what it is to how to cook it:

A brief history of Scandinavian cod

For over a millennia, cod has been culturally and commercially important in Scandinavia. Dried stores of Atlantic cod sustained Norse seafarers as they followed the cold-water fish from Norway to Canada via Iceland and Greenland.

The Vikings were the first to set up the Europe-wide cod trade, bartering boats-full of the flakey white meat for spices, wines, and other foreign goods.

In recent history, disputes over cod fishing rights resulted in a decades-long confrontation between Iceland and the United Kingdom. These series of maritime collisions known as the “Cod Wars” ended in 1976 with a victorious Iceland expanding its fishery zone from 50 to 200 nautical miles around the island. 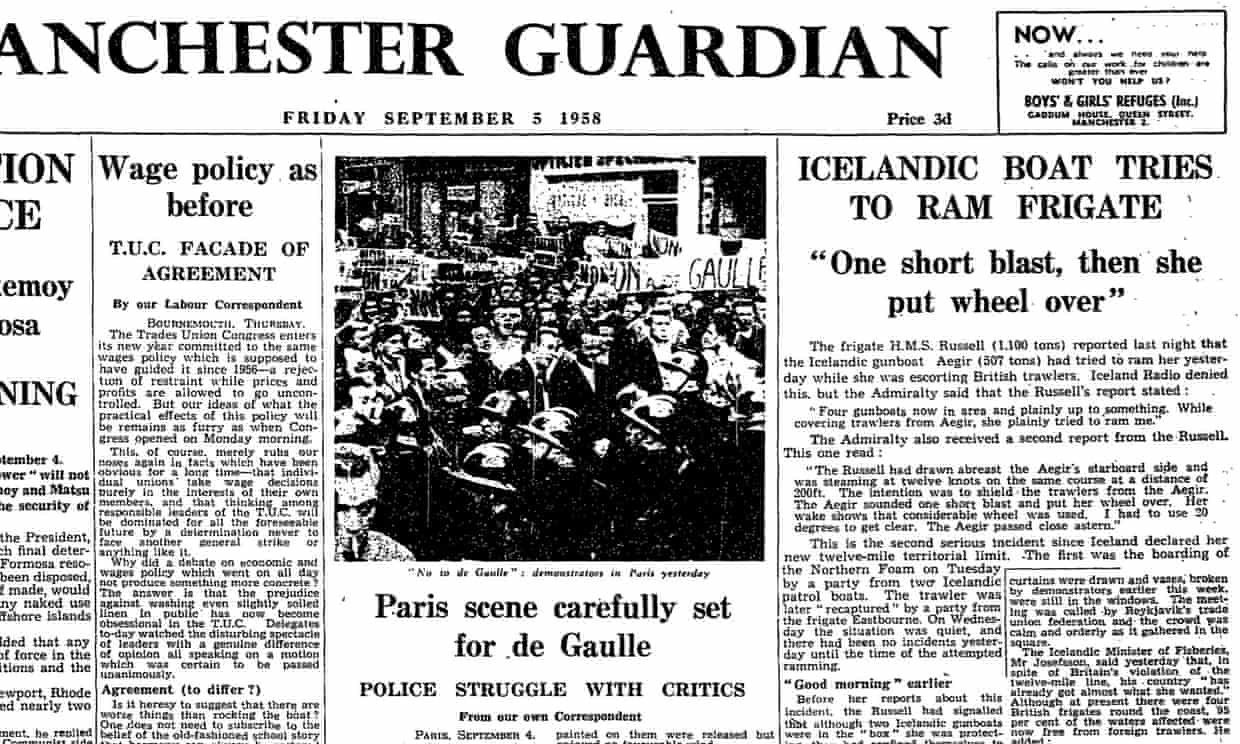 While all of Scandinavia has cod, Norway is home to the largest stocks of the “white gold” in the world. Cod has been credited with shaping the nation and king among them is the migratory skrei – a Norwegian-Arctic cod that travels from the Barents Sea to the Lofoten Islands to reproduce.

The name comes from the Norse word for “wanderer” and reflects the 1,000-kilometer journey that the skrei takes between January and April every year. When the skrei arrive it’s a time for celebration. They’re caught by the millions and exported for their prized meat, liver, and, of course, cod roe.

What is code roe?

Aside from delicious, hard roe is the unfertilized eggs of a female cod, and soft roe is the sperm (I know, but stay with us) of a male cod.

The delicacy is often confused with caviar, but caviar is made using sturgeon eggs that must be cured or salted and packed to achieve the moniker, whereas roe can come from any number of fish (in this case cod) and is more likely to be boiled, smoked, and fried – or even eaten fresh. 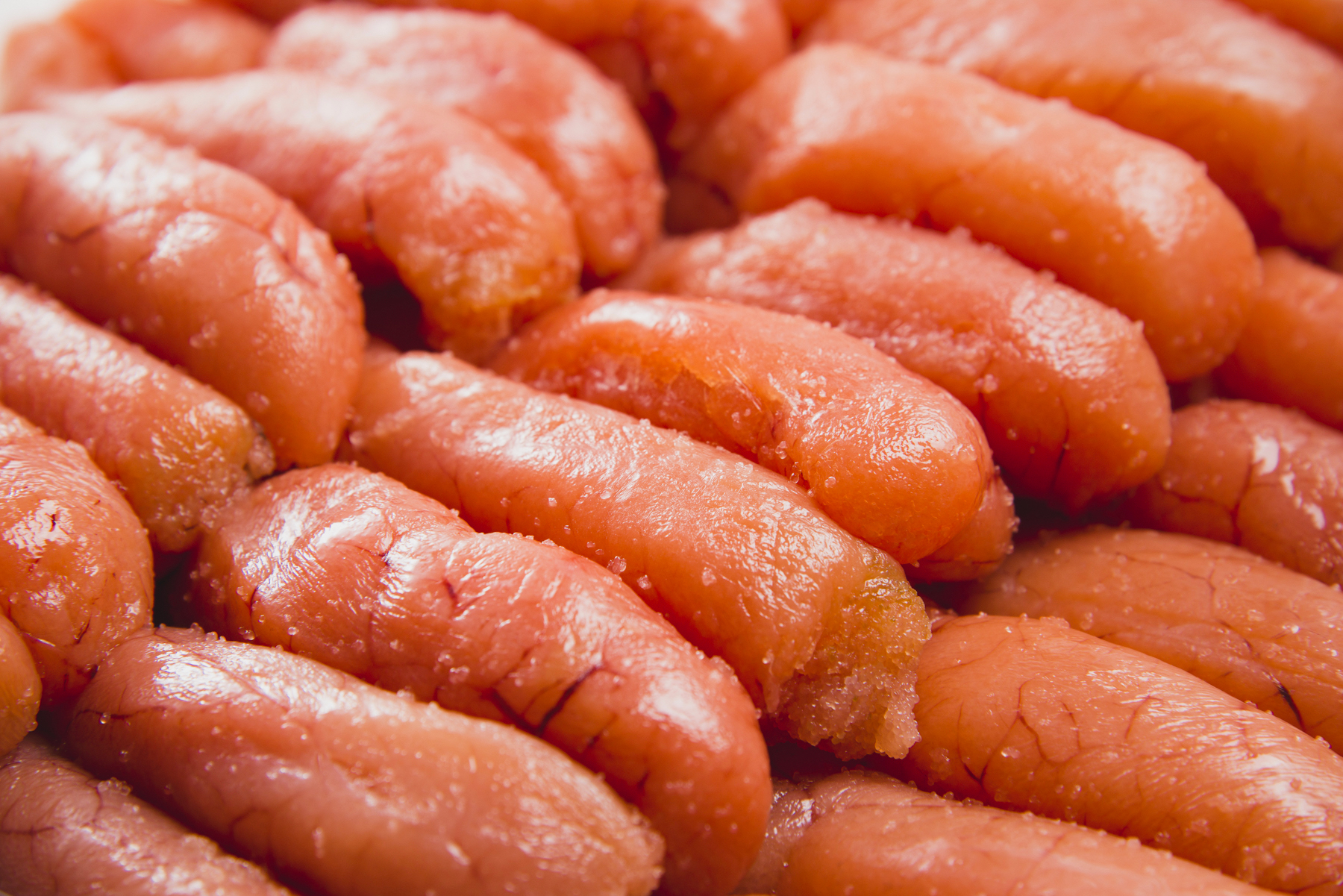 Extremely. It’s low in fat and high in everything else. Danish tots get canned cod roe year-round due to its high vitamin D, B12, omega-3, and selenium content.

Cod roe is served cold, so it has a fresh bite to it. The primary taste is salty, with a slightly fishy flavor.

How to eat cod roe

Cod roe is not sold as loose eggs like caviar or tobiko. It’s harvested in an intact ovarian sac and has a similar structure and appearance to sweetbread and other organ meats. Torskerogn is eaten in a variety of ways across Scandinavia but generally, it’s either smoked or boiled in parchment paper before being sliced, battered, fried, chilled, or whipped into a Nordic-style taramasalata.

In Denmark, fresh torskerogn is a winter specialty that’s served as a smørrebrød with Greenlandic shrimp, mayonnaise, dill, lemon, and rye bread.

In Sweden, cod roe is famously eaten from a toothpaste-like tube. The blue and yellow Kalles Kaviar tube has been a Swedish pantry staple since the 1950s and is usually squeezed over sliced hard-boiled eggs and bread.

Kalles Kaviar is the equivillant of Marmite or Vegemite. Swedes love it, but for the rest of us, it can take some getting used to. In fact, ABBA, the manufacturer of Kalles uses this as a selling point in their commercials, with the tagline: “A very unique Swedish taste.”

While cod roe spreads are also popular in Norway, the true delicacy is a nose-to-tail dish from a Norwegian-Arctic cod called mølje. Traditionally a fisherman’s meal, it’s made by boiling the cod roe, liver, and meat with potatoes in a single saucepan with water and nothing else. Contemporary mølje is far more involved and includes salt, pepper, and spices, in addition to a souring agent like buttermilk, vinegar, or lemon.

When is the best time to try Scandinavian cod roe?

Canned torskerogn from major brands like Kalles Kaviar, Amanda, or King Oscar is available in grocery stores all year round in Scandinavia. Fresh cod roe will be served in restaurants during the winter, from January – March. If you’re after a taste of the Norwegian-Arctic cod skrei or møjle, this would be the best time to visit Norway.

How to cook cod roe?

The most simple way is to poach it, which gives you the base ingredient for plenty of delightful dishes. Wrap the fresh sacks loosely in baking paper and poach them gently in salted water with a little vinegar for roughly 10 minutes. Drain and allow the cod roe to rest until slightly cool. It can now be cut into slices, eaten hot as a dinner dish, fried in butter, or used as a topping.