But among these eminent names, a variety of emerging Scandinavian acts showcased fresh material. To wrap up the year, we’ve curated a list of the breakthrough artists who should be on your radar – from future stadium fillers to subtle indie crooners:

Two years ago, mono mono’s Jakob Franck and Karoline Elsig put out “Helium Balloon” and “City Lights” – singles that teased their personal brand of minimalist, ambient electronica. On their 2018 debut EP, Natural, the duo once again pair Elsig’s delicate vocals with various samples and effects, conjuring up dreamy sonic vistas in the process. Fans of Norwegian techno act Smerz will find kinship with this act.

Following a move to Berlin, Aloo dropped “Peel it” – a pulsating single that mixed industrial baselines with shimmering synth melodies. She later released Før, an EP that further displayed her arresting vocals and versatility as a songwriter. “Hiding in The Woods” is a track that reverberates with cinematic intrigue, whilst “Sail” oozes with solo clarinet sections. We’re looking forward to more from Aloo in 2019. 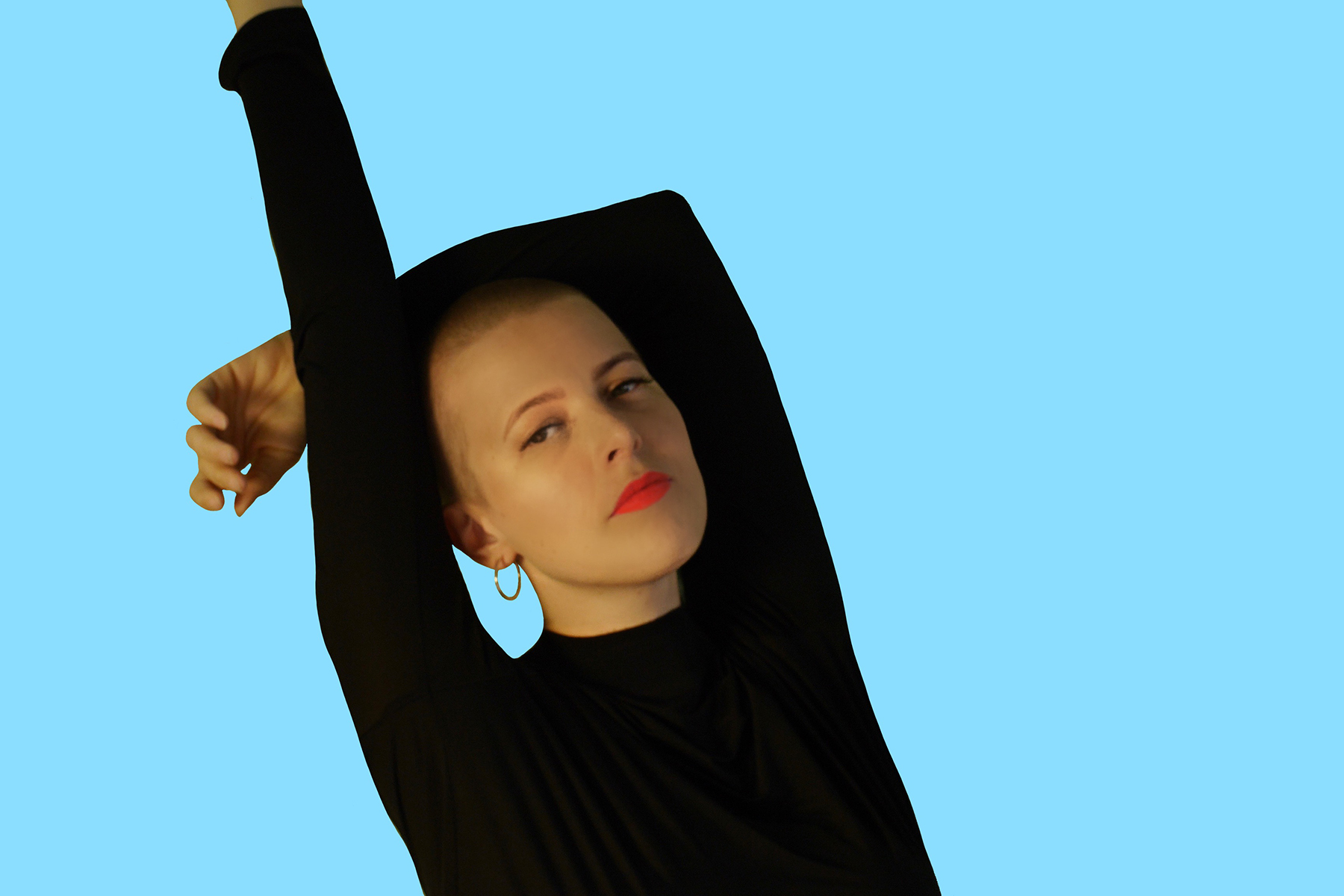 From 2011 to 2014, Copenhagen outfit Iceage released three separate full-lengths, each of which gently evolved their angsty, post-punk sound towards greater commercial success. After a hiatus, the band found form on their critically acclaimed 2018 album, Beyondless. Comprising both hit singles and a collaboration with US superstar Sky Ferreira, Iceage has clearly transcended their tempestuous DIY roots. 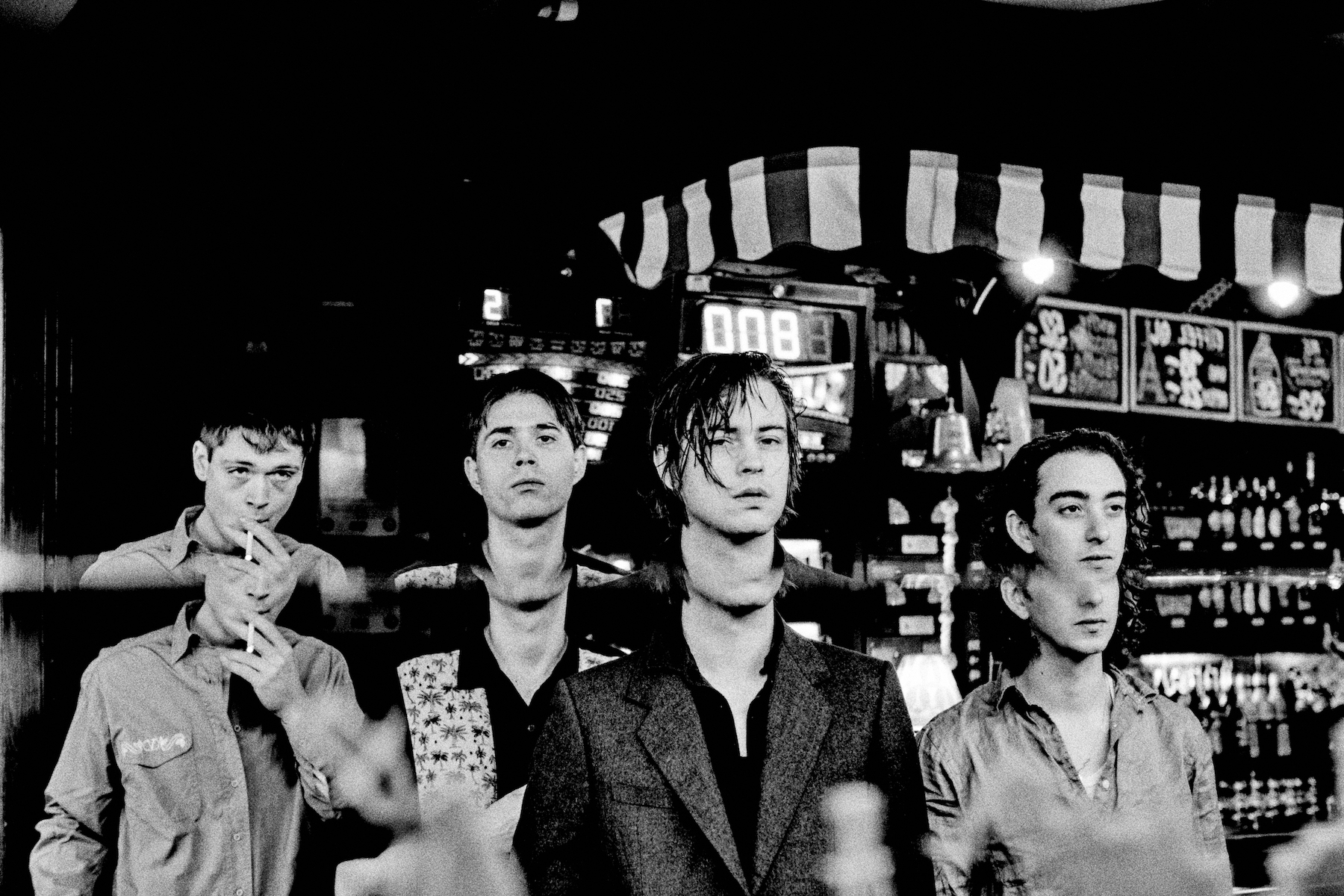 Danish singer-songwriter Hôy la has been hailed as one to watch since 2018 commenced, and she hasn’t disappointed, releasing two EPs this year that demonstrate how she expertly straddles the acoustic and electronic sound, melding them into something hypnotic and powerful.

After the release of their EP Legends last year, La Lusid came back with a new self-titled full-length album in 2018. The album is a laid-back medley of tender indie tunes anchored by lead singer Paulina Palmgren’s soulful vocal performance. Garnering regular airplay in Sweden – especially among student radio station – the band’s reputation is set to rise both across Scandinavia and beyond through 2019. 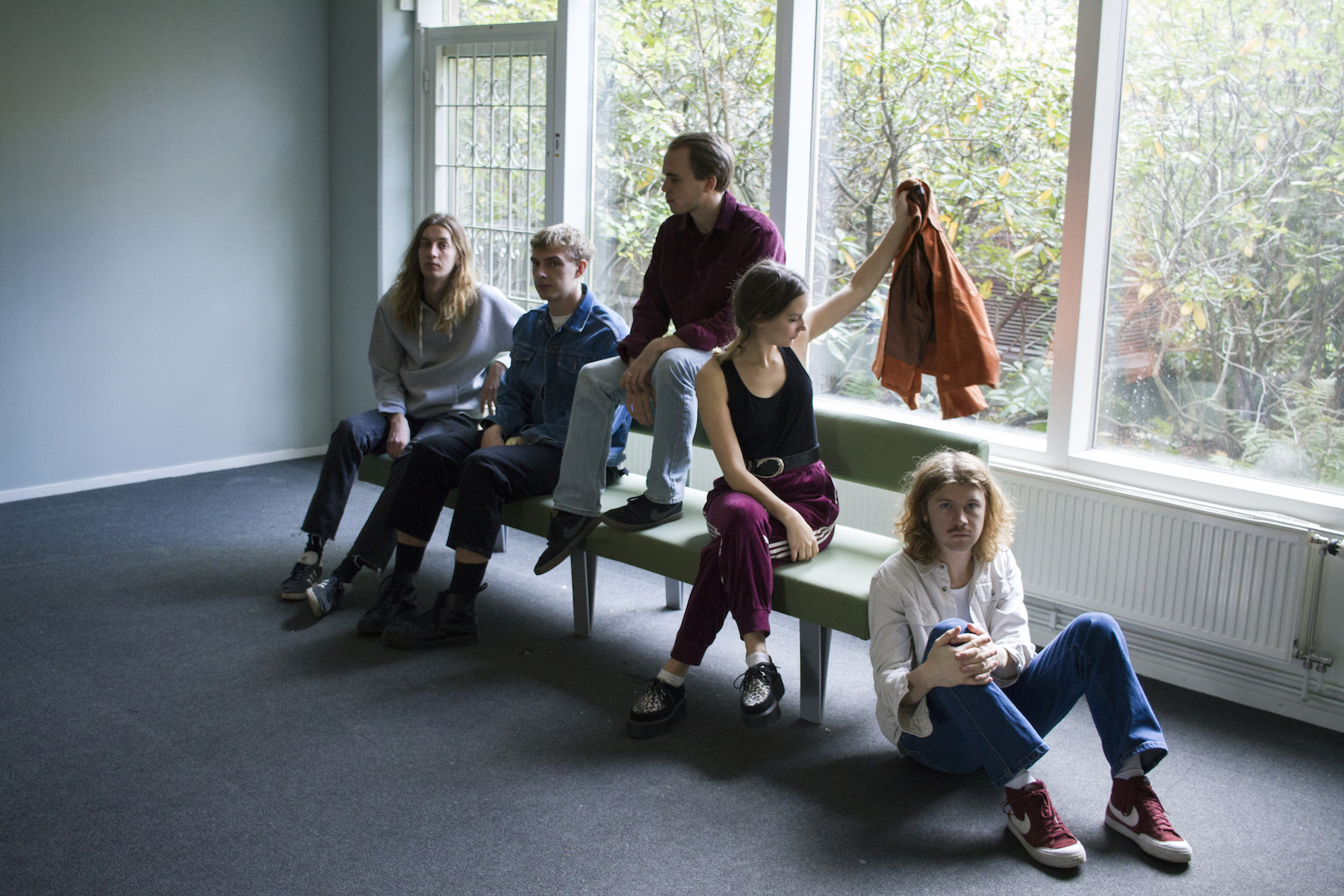 Swedish duo Marlene and Ji Nilsson are both notable recording artists in their own right. As soloists, they each released separate albums in 2017 (Sweet & Scandinavian Pain, respectively). But their decision to resurrect the collaboration they first founded four years ago produced two standout singles this year. “There” and “Ear Candy” both echo with nineties house vibes; ideal dance floor-fillers. 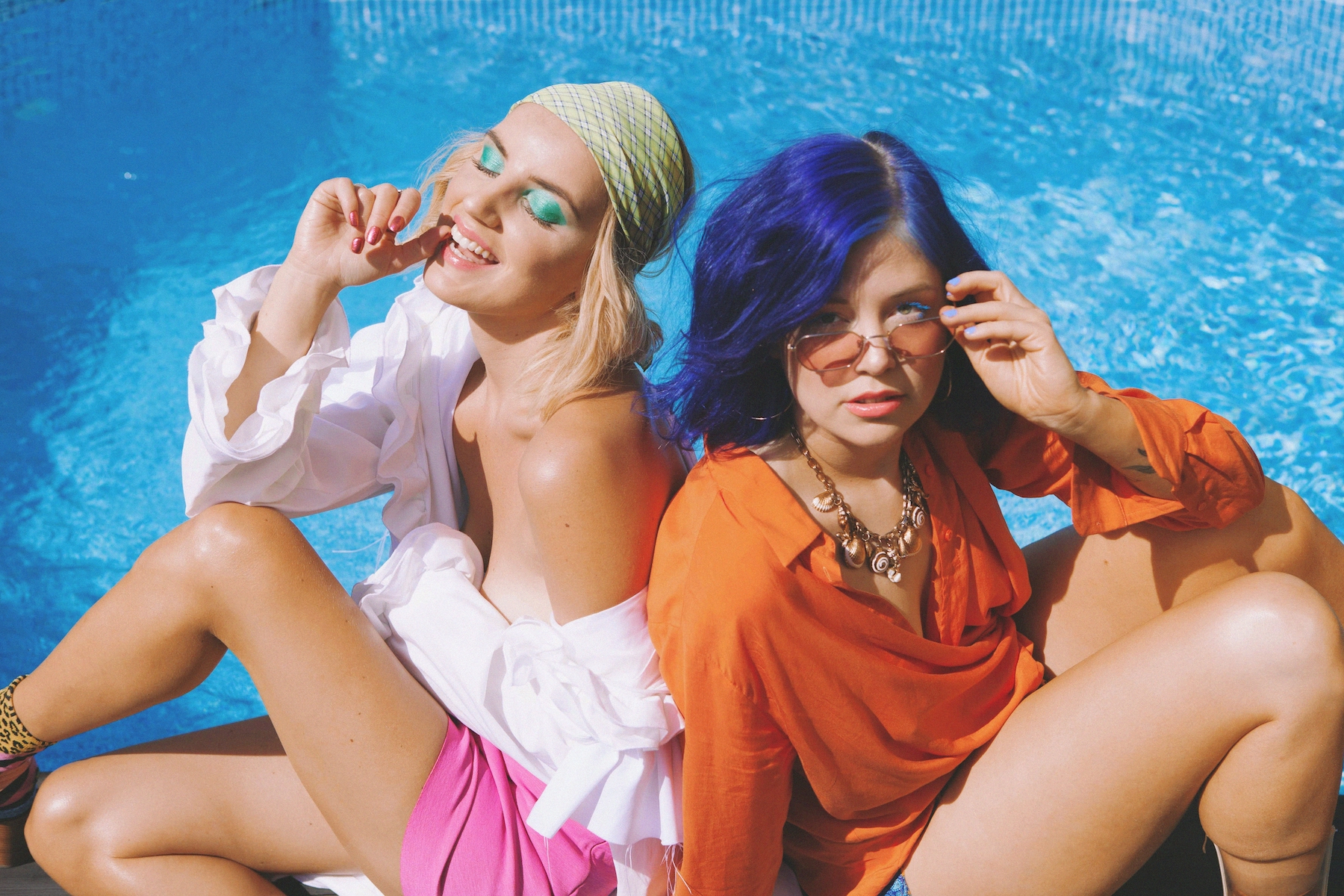 After a string of limited releases from 2016 onward, Viagra Boys put out their debut album, Street Worms, in September. The punk outfit’s compelling record mixes grunting baselines with a range of strangled saxophone solos. Lead singer Sebastien Murphy’s satire-laced lyrics further complement the band’s no-holds-barred approach. Fans of both Iggy Pop and The Velvet Underground will savor this sound.

First Impressions is an upbeat, finger-clicking debut EP from Amanda Tenfjord, often discussed in the same breath as hit-making contemporaries Maggie Rogers (US) and Sigrid (NO). At just 21, her songs mostly reference coming-of-age experiences. On “Let Me Think”, Tenfjord questions the longevity of a relationship, whilst through “Pick a Card” she debates finding work and leaving home. Based on what we’ve heard, 2019 may well be a pivotal year in her development. 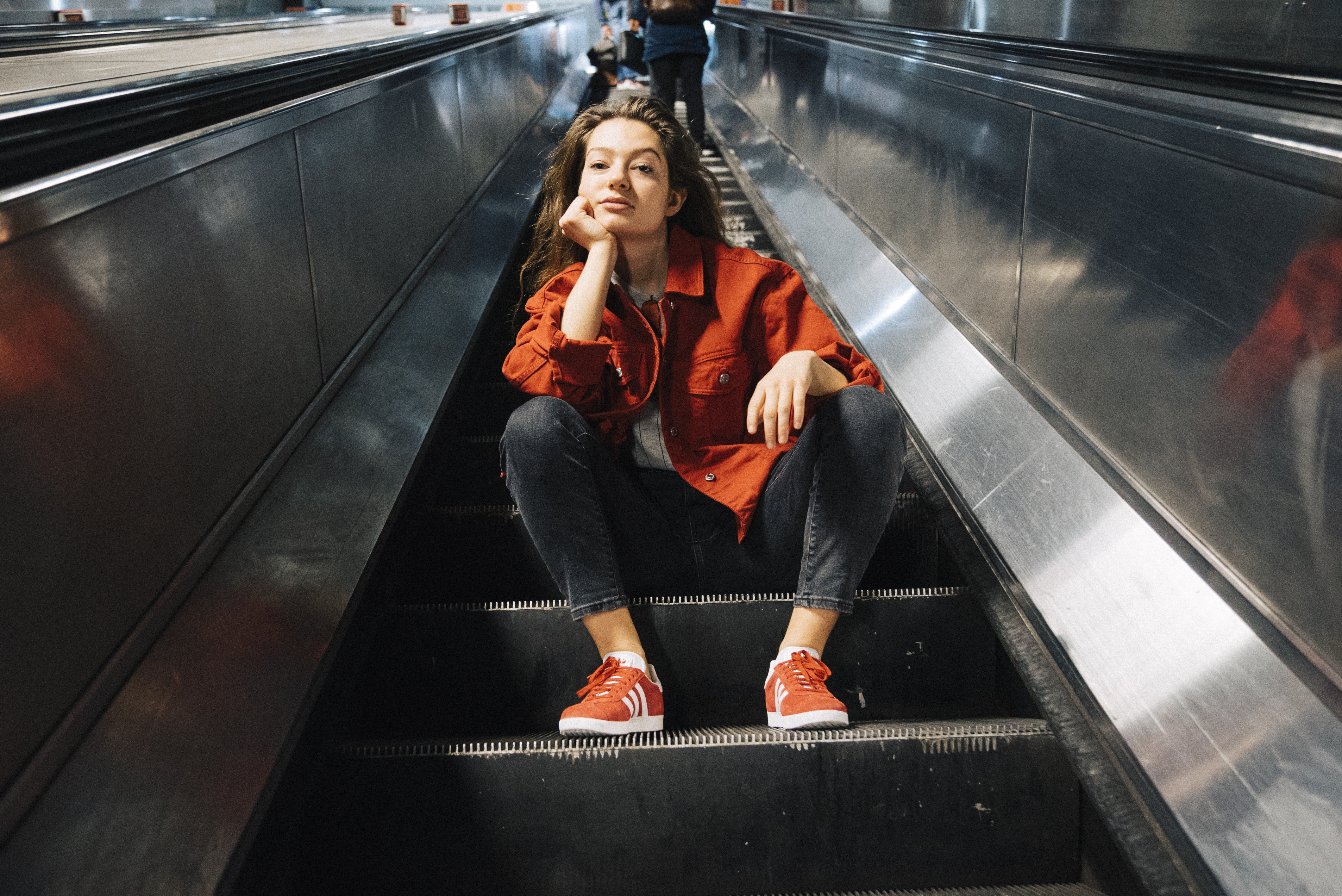 Farida first came to prominence with her 2016 debut single “Solo Ride.” But the Norwegian-Algerian singer-songwriter has enjoyed her most prolific year in 2018, putting out four new tracks. While her music comfortably sits within the genre of Scandinavian pop, Farida shows her musical flair across these new releases – rapping on “Rob the Bank” and exhibiting soaring vocals on “You”. With abundant talent, Farida is one to watch. 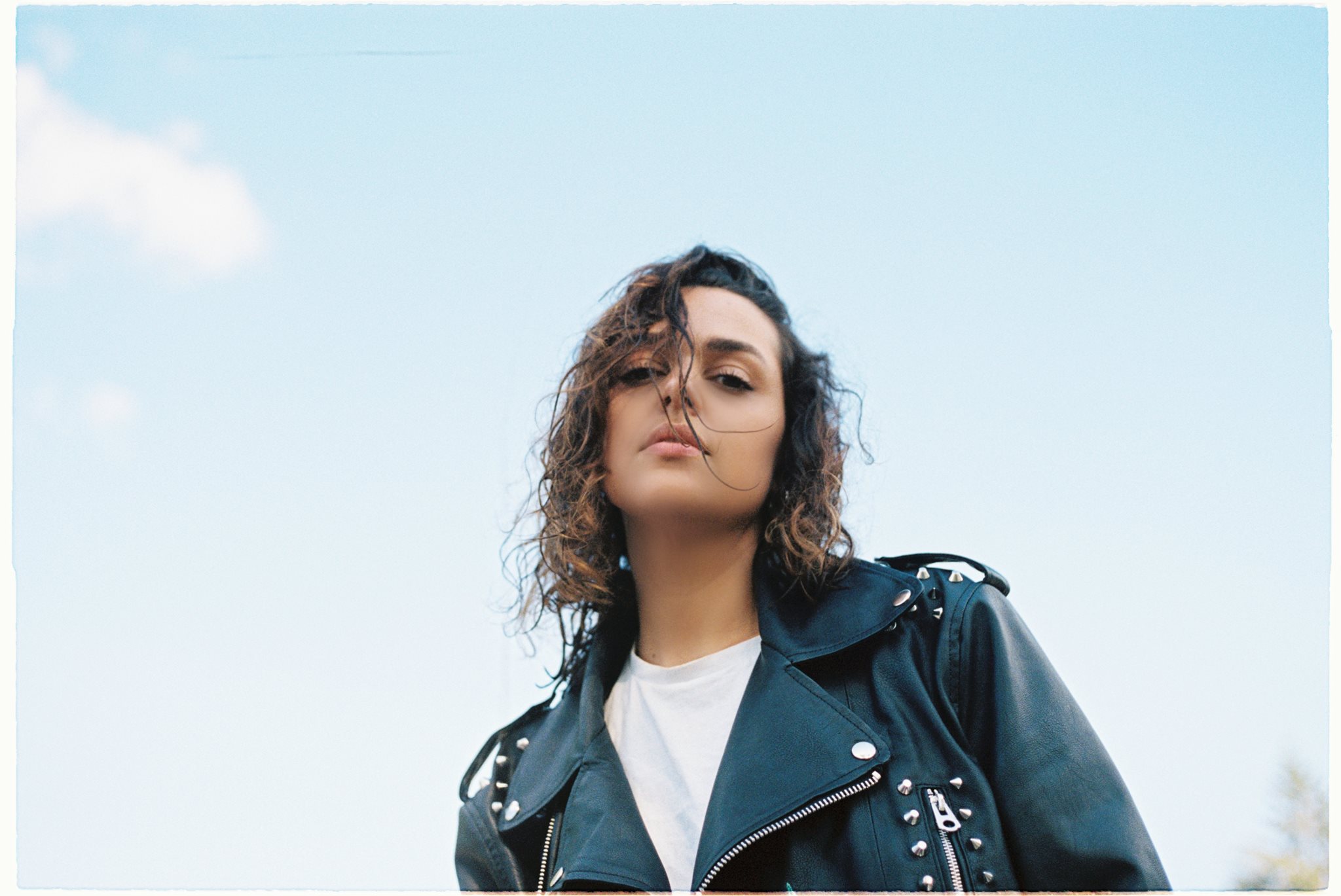 Boy Pablo announced himself in 2017 with his debut album, Roy Pablo. In 2018, he provided further evidence of his abilities (and wit) through a second full-length, Soy Pablo. Following in the footsteps of indie king Mac Demarco, the record’s minimalist guitar songs invariably twang with a heavy dose of variable pitch. Accompanied by his charming lyrics and vocal assurance, there are signs this artist is here to stay. 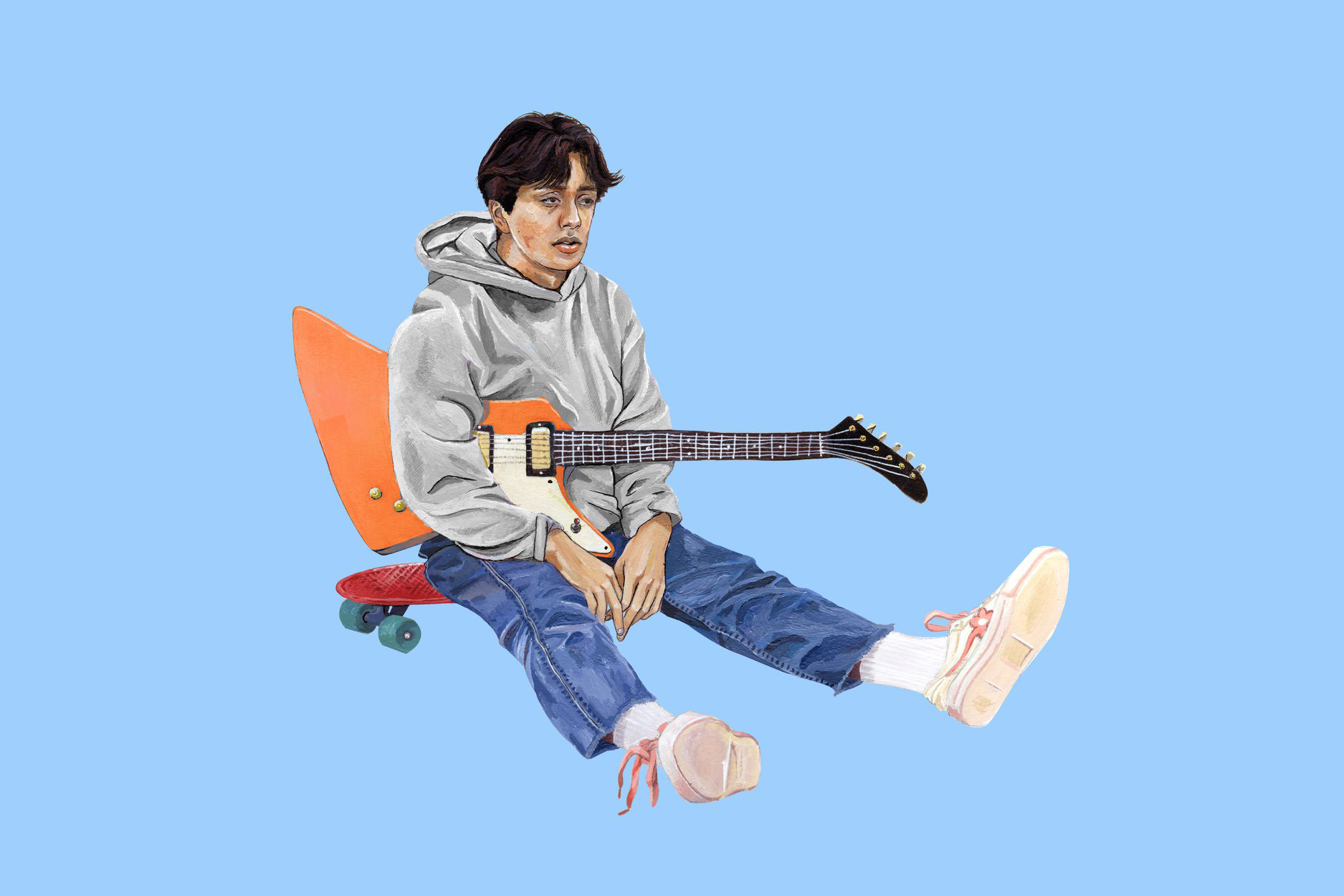 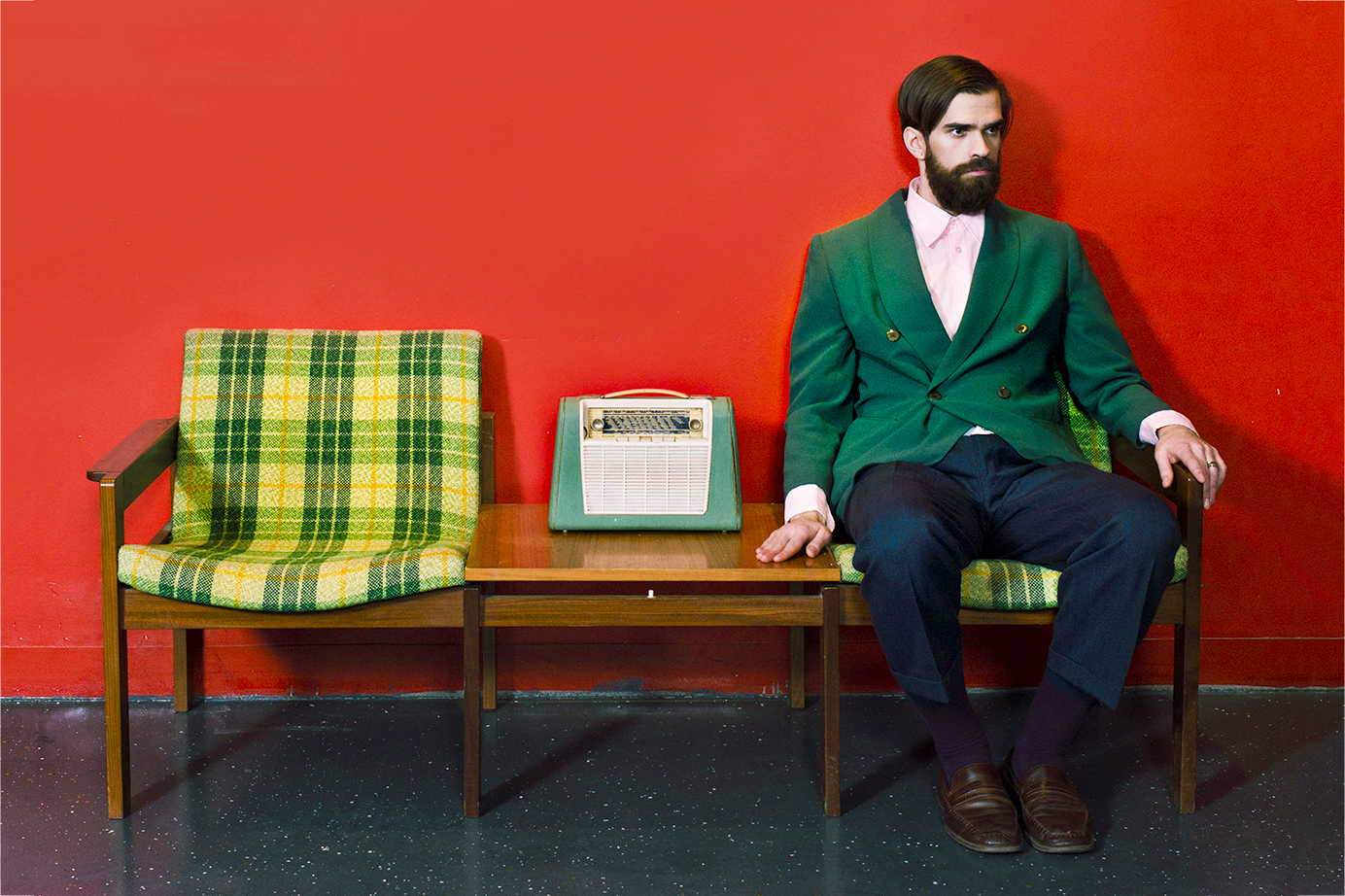 At only 19, Bríet had a big year in 2018. The release of her four-track EP, 22.03.99, initially touted her talents as an emerging singer-songwriter. But two separate singles, “Feimin(n)” and “Carousel (feat. Steiner)”, later confirmed she was one of Scandinavia’s breakout acts of the year. If Bríet maintains this run of form through 2019, it won’t be long before she’s garnering global acclaim.

Jesse Markin, born in Libera and based in Helsinki, blessed us with new solo material in 2018. Previously recognized for his excellent work as a producer, Markin manages to infuse jazz, soul, and rap elements amid this collection of dance tracks. “Blood” is a heartfelt rumination on US gun violence, whilst “Treat” is an upbeat, hip-swaying single. With a broad musical range, it’ll be exciting to see where Markin goes next. 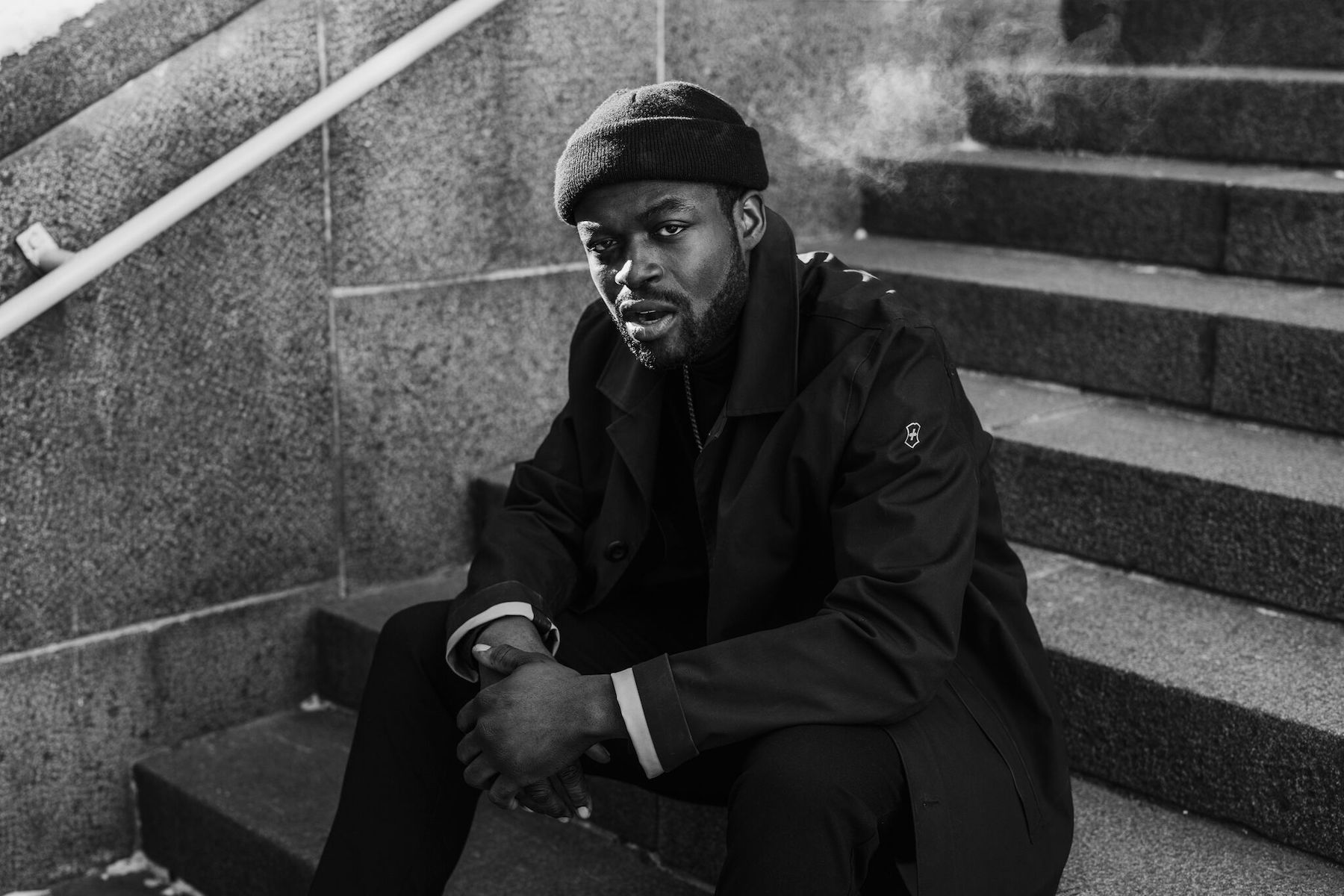 In 2015, Vesta put out six separate singles, working within the Finnish folk-electronic genre. In 2018, she dropped Lohtulauseita, a full-length album that showcased a diverse swathe of new songs produced in this signature style. Accompanied by collaborative releases with compatriots Töölön Ketterä and Pyhimys, this was the year when the young producer made a statement. 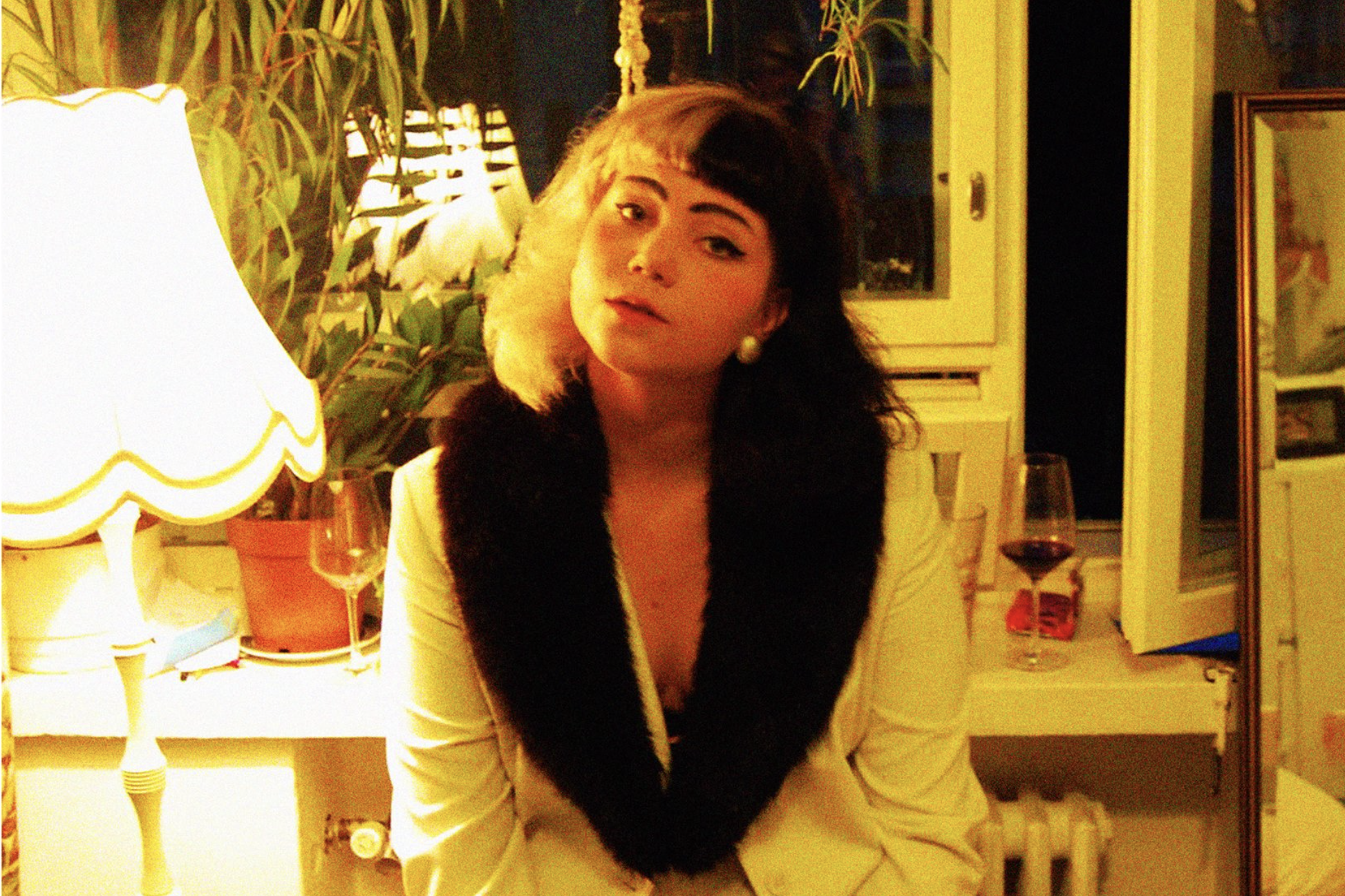 Lac Belot came to our attention with his swooning 2018 debut album, Abracadabra. The record, which includes harp, piano, and flute instrumentation, is a compilation of tender lullabies. Belot’s unobtrusive vocal performance provides the subtle narration to each track’s gentle rocking rhythms. Abracadabra is the perfect soundtrack to accompany a cozy winter’s evening. 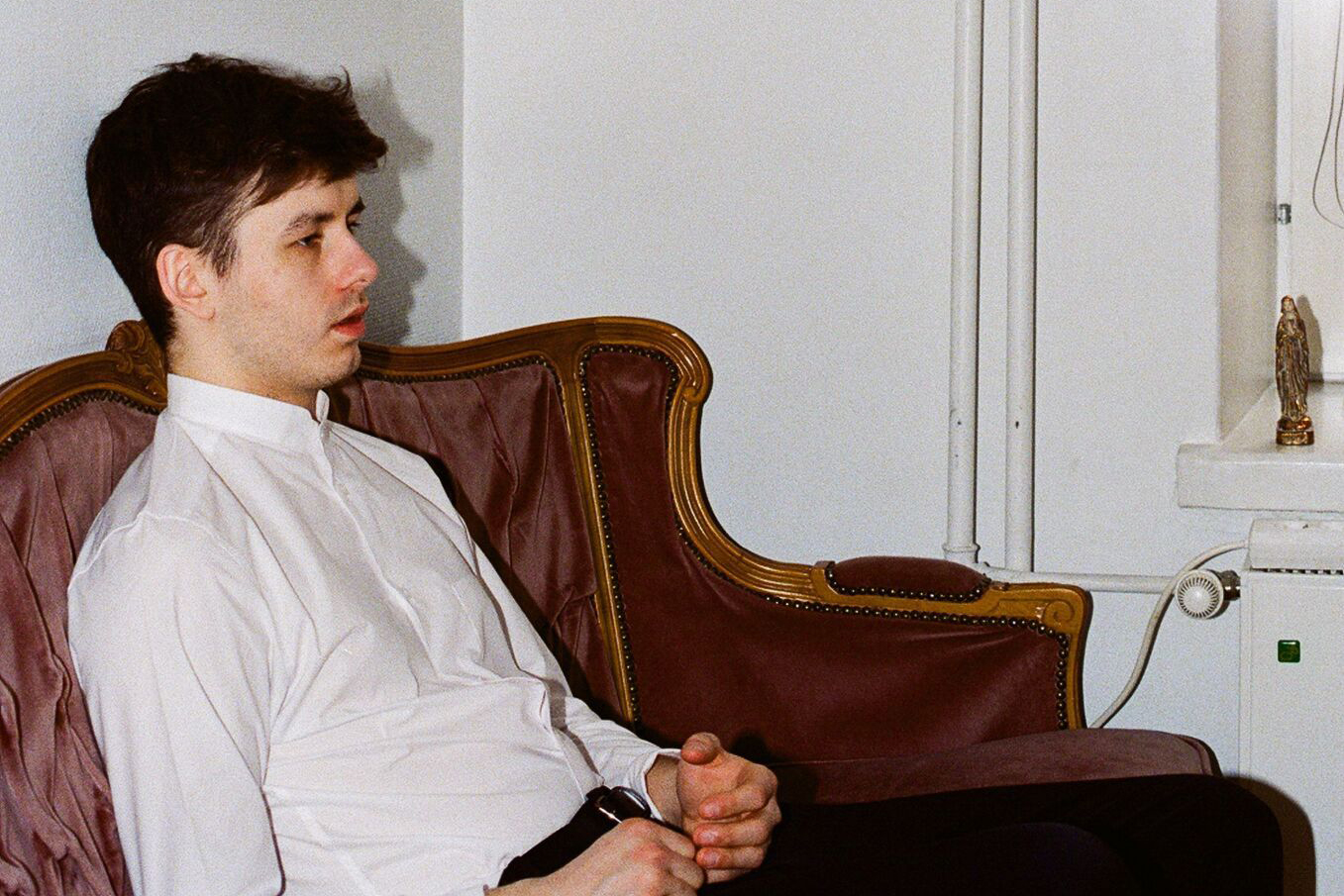