We spoke with promotor & booker Jesper Krüger about the festival’s goals and how it boosts the Danish music scene:

When did UHØRT begin and why was it launched?

It started in 2013, so this is the festival’s 4th year. We started it because we felt that there was room for a festival that focused on the newest bands in Denmark. We’re talking about bands that are unheard of (‘uhørt’); that only those in-the-know about the newest music will have heard about. The festival is a place to enjoy music you haven’t heard before1

From day one, we’ve had a strong desire to help the UHØRT bands. They all get special attention on their music and live performances before, during and after the festival. We give the bands tools to further their musical careers.

It’s a festival for the newest music in Denmark. We don’t focus on a specific genre; for us the quality of the music is more important. So we have indie rock, pop, electro, hip hop, singer/songwriters, world music, DJs, metal and more, on three stages. The festival functions as a showcase, where all bands play for 30 minutes. UHØRT is held in a cool location [Refshaleøen] and the tickets are inexpensive (100 DKK for two days/37 bands), as are food/drinks.

Tell us about your most memorable moment so far with UHØRT.

We’ve had a few of those! Last year Velvet Volume gave one of their best concerts of the year. It was also their first concert outside Aarhus; just before they skyrocketed. Two years ago MC Black Daniels gave a jaw-dropping lesson in drum n’ bass just as the sun set. Three years ago The Minds Of 99 played, right before they hit it big.

Why is UHØRT important for the Danish and Scandinavian music scenes?

UHØRT Festival is dedicated to the newest bands and apart from SPOT Festival, we’re the biggest festival for new bands.  The size of the festival (3 stages, 2 days, room for at least 3.000 people) makes the experience for both the bands and the audience a really special one.

We always have bands from all over Denmark because it’s important to us to contribute to the upcoming musical generation. We don’t have any bands from Norway and Sweden this year, but we have in past years. We don’t have bands from elsewhere. All bands are booked via our open call from February to April. So there is a real chance for any band to book a concert at UHØRT!

Expansion! Probably not by adding more days to the festival, but perhaps a few more stages.
This year 600 bands applied for UHØRT Festival and we can only showcase 37 of them. We could easily showcase another 50 excellent bands if we had the space! 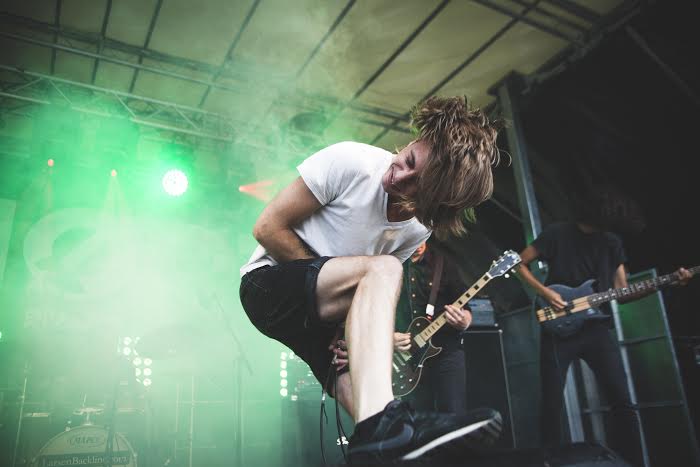 This interview has been edited and condensed for clarity.

See more on Uhørt Festival and book your ticket!