There are (at least) two versions of Copenhagen. The first is a hedonistic tourist’s dream, chasing colored facades, kanelsnegle, and a slice of “hygge.” The second Copenhagen is a more undercover one, perhaps invisible to visitors at first glance. It’s a world of covert bodegas, courtyards behind the facades, and of course: hidden passages.

Danes know how to do a good passage, and not all of them are quite so hidden. There’s the elephant gate at Carlsberg; the archway of Slutterigade, and August Bournonvilles Passage next to the Royal Danish Theatre. There’s the path running through Assistens Kierkegaard that can transform your morning commute into your quotidian existential reality check. Those are all wonderful, of course, but sometimes it’s more fun to dive beneath the surface.

Here are some of our favorite hidden passages of Copenhagen:

Between Bredgade and Store Kongensgade is a passage consisting of a number of connected yards. It’s home to lots of Danish companies including Information newspaper and some creative agencies.

This passage is adorned with all the best extras: there’s a fountain, a telephone booth (the very first in Copenhagen), and Grecian columns. There’s lots of greenery, birds, and sneaky corners for doing sneaky things. Trying to get somewhere fast? It’s pretty convenient to zip through.

This is one of the few remaining small alleyways of Copenhagen. It’s name comes from the shape, as the passage has a sharp turn. Apparently until the end of the 1800s, this area was part of the city’s worst slum. Today, it’s home to a pretty trendy optometrist and a relaxing cafe.

Inside the gate labelled “Klostergården” is Klostergangen, a sneaky passage that connects Strøget with Strædet. It’s simply stunning and is an often overlooked feature of the city centre.

Once on a food tour, I was told that the precursor to Frøken Jensen lived in this alley. Is this true? I haven’t been able to find out any more information since. If you know anything about this, please contact me because it bugs me on some strange level!

Bernikowgården is a covered shopping arcade off of Strøget, created in 1988. It’s now home to a Coffee Collective, housed in an old bodega that serves up coffee cocktails and kombucha, as well as traditional coffee. The interior is minimalist and traditional all in one. Definitely worth a visit!

Jorcks Passage is one the “less hidden” end of the spectrum; it’s nonetheless worth poking your nose into. Although it sounds like something from a Tolkien story, it in fact merely connects the pedestrian street Strøget to Skindergade. 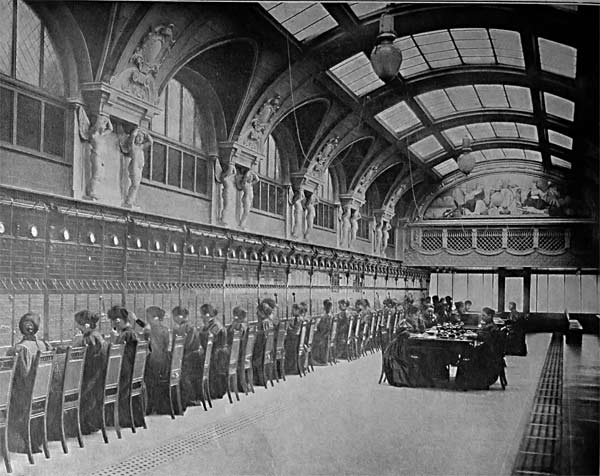 From 1896, the passage housed a massive telephone exchange. Thousands of telephone wires extended from a structure on the roof to customers in the vicinity until 1910. A bust of Reinholdt W. Jorck, the developer and sugar goods manufacturer that built the passage between 1893 – 1895, is on view in an alcove.

It’s less of a passage and more of a cute hidden courtyard, but Pilestræde 45 needs to be mentioned all the same. You walk into a world of intense oxidised orange and a cute house that hosts Heartmade, a Danish fashion boutique and label by Julie Fagerholt. My mum used to live in this building when she met my Dad in the 80s; I always thought that was pretty neat.