Danish Nordic Noir author Thomas Rydahl has written three popular books in the style that has become a calling card for crime writers in Scandinavia. As Nordic Noir has grown in popularity both in literature and television, more and more books are being translated from their native Scandinavian languages into English and a wide range of other languages. That means people around the world are discovering this dark, engrossinrg genre.

Read our interview with author Thomas Rydahl about Nordic Noir anti-heroes, his writing process, and why this genre continues to be so popular.

Tell us about how you became a writer. Did you study writing?

I started writing as a child. I remember the exhilarating sense of freedom in creating my own world in words, even before I started school. So I became that kid who always wrote extensive essays and volunteered for writing a school play. I won a national short story contest as a teenager. From 1997-1999, I went to Forfatterskolen, the Danish National Writing Academy, a school of contemporary and classic literature and poetry. There was no teaching in genre writing like thrillers or sci-fi, which had always been a huge inspiration for me. But the school gave me a solid background in literary fiction and a strong sense of language. 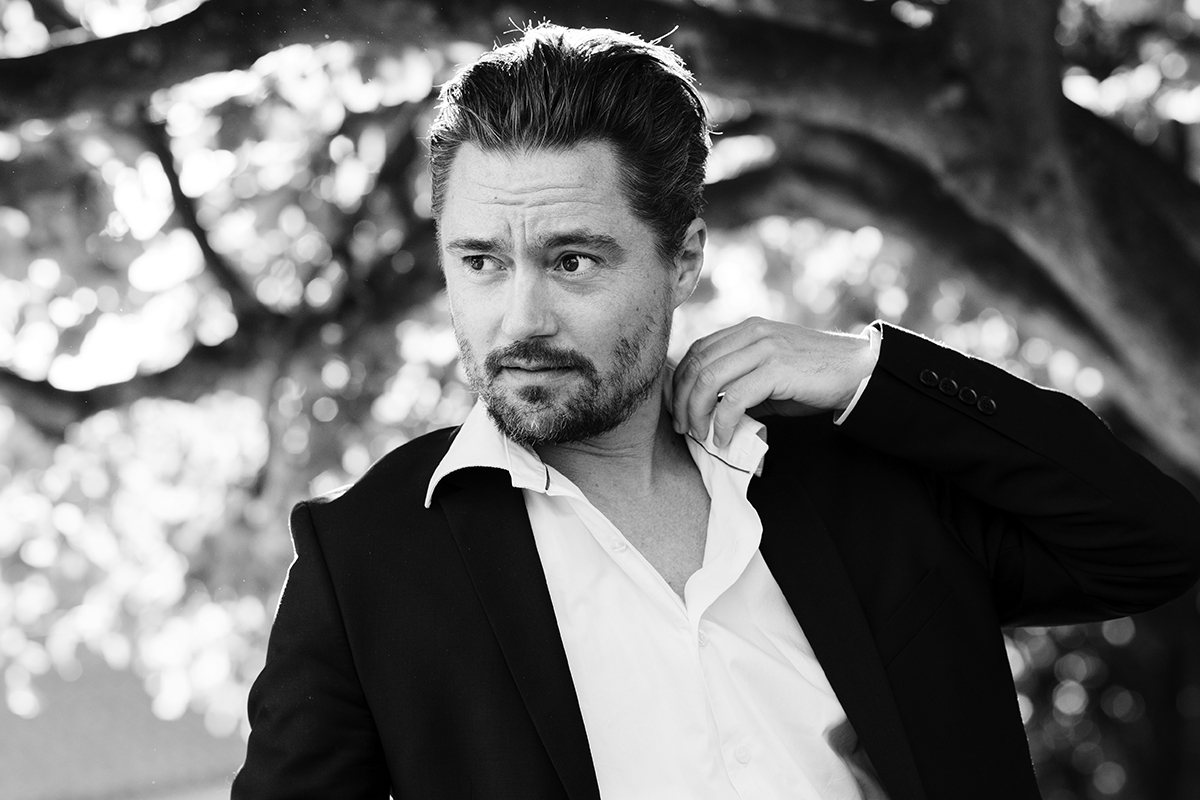 What was the process of getting your first book published?

I wrote and submitted four novels, before my fifth novel, The Hermit, was published in 2014. That was a huge breakthrough for me.

The years of writing and trying to get published were hard, filled with doubt and frustration. I used to go to book festivals and feel jealous of my friends who were already published. I felt like a failure, but I knew if I kept going something would happen. All writers need to build this kind of stamina; there is no other way.

What is the writing process like for you? Take us through a day of writing.

Through years of experimenting I have come to know what works for me as a writer. Like many other writers, it is a strong sense of discipline and daily practice that keep me alert and inspired. I leave my house to write. For years I would go to the café at Louisiana Art Museum in Humlebæk to write. But now I am part of a co-working space in Copenhagen, called Klub, where I go most days. I work from 8:30am to 5:00 pm, more or less, and sometimes in the evenings too. I begin by reading the work I did the previous day, then I start writing. I do not have targets for the day, but I know if I do four to six hours of writing every day, the novel will show up.

Tell us about each of your books.

The Hermit came out in 2014. It got great reviews and won the Debutant prize at the Copenhagen Book Fair, The Danish Crime Award and, eventually, the Nordic Crime Award. The novel is about the Danish hermit Erhard, a cabdriver and piano tuner, who lives alone on the mountainside in Fuerteventura, one of the Canarian Islands. He investigates of the murder of a child found in a car on a beach. But the case is not straightforward, and takes him far beyond his own limitations. The book has been published in more than 15 countries. 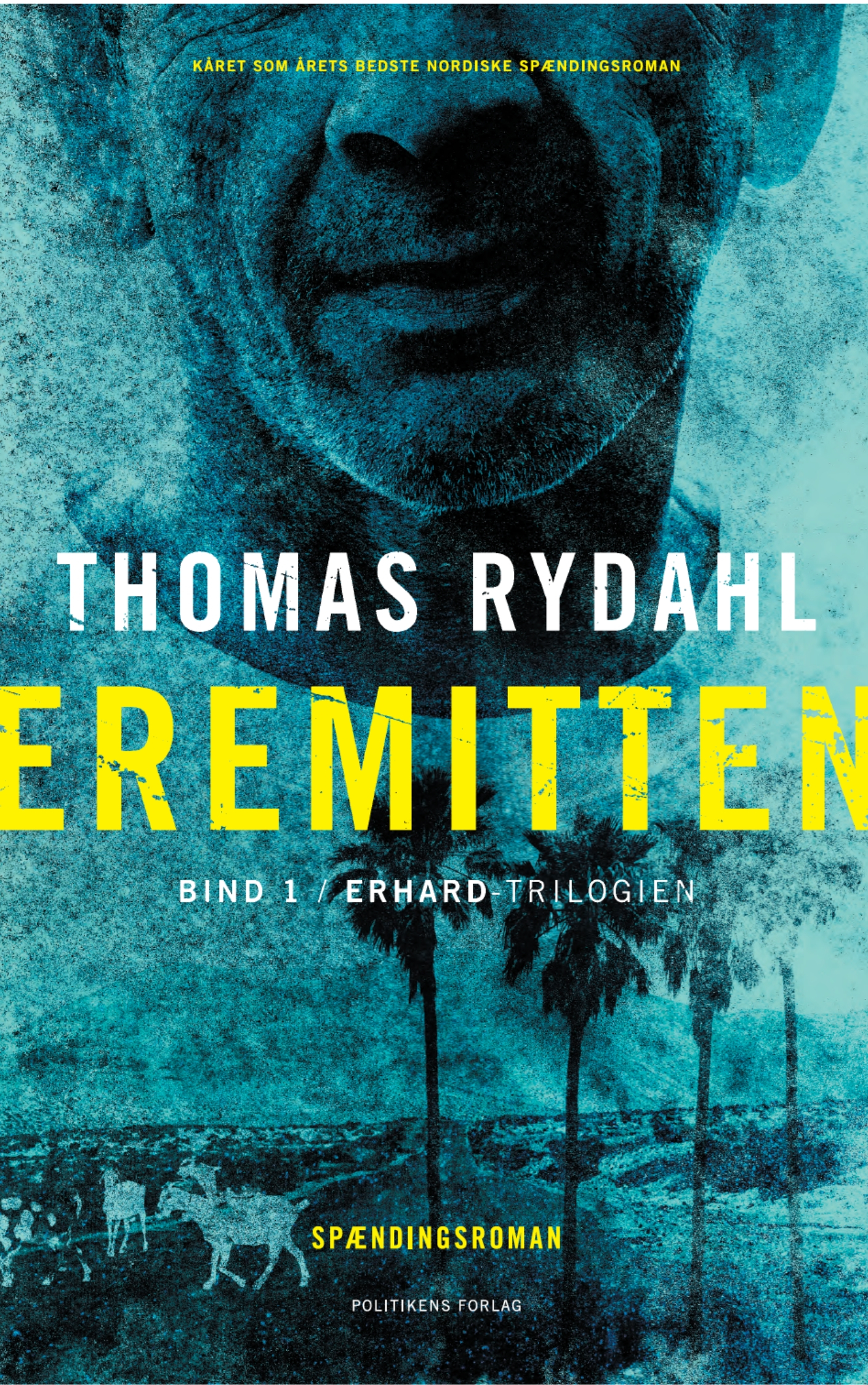 The Missing was published in 2016. The novel is the second part of the Erhard Trilogy, and continues the story of Erhard after The Hermit. He is now working as an amateur detective, someone who will find lost dogs and hats. But an illegal immigrant needs his help when her husband goes missing. Meanwhile, Erhard’s daughter, whom he left behind 18 years prior, arrives in Fuerteventura to find her father. She’s a famous DJ and part of a reality TV show called “The Missing,” where celebrity seek out their lost parents. 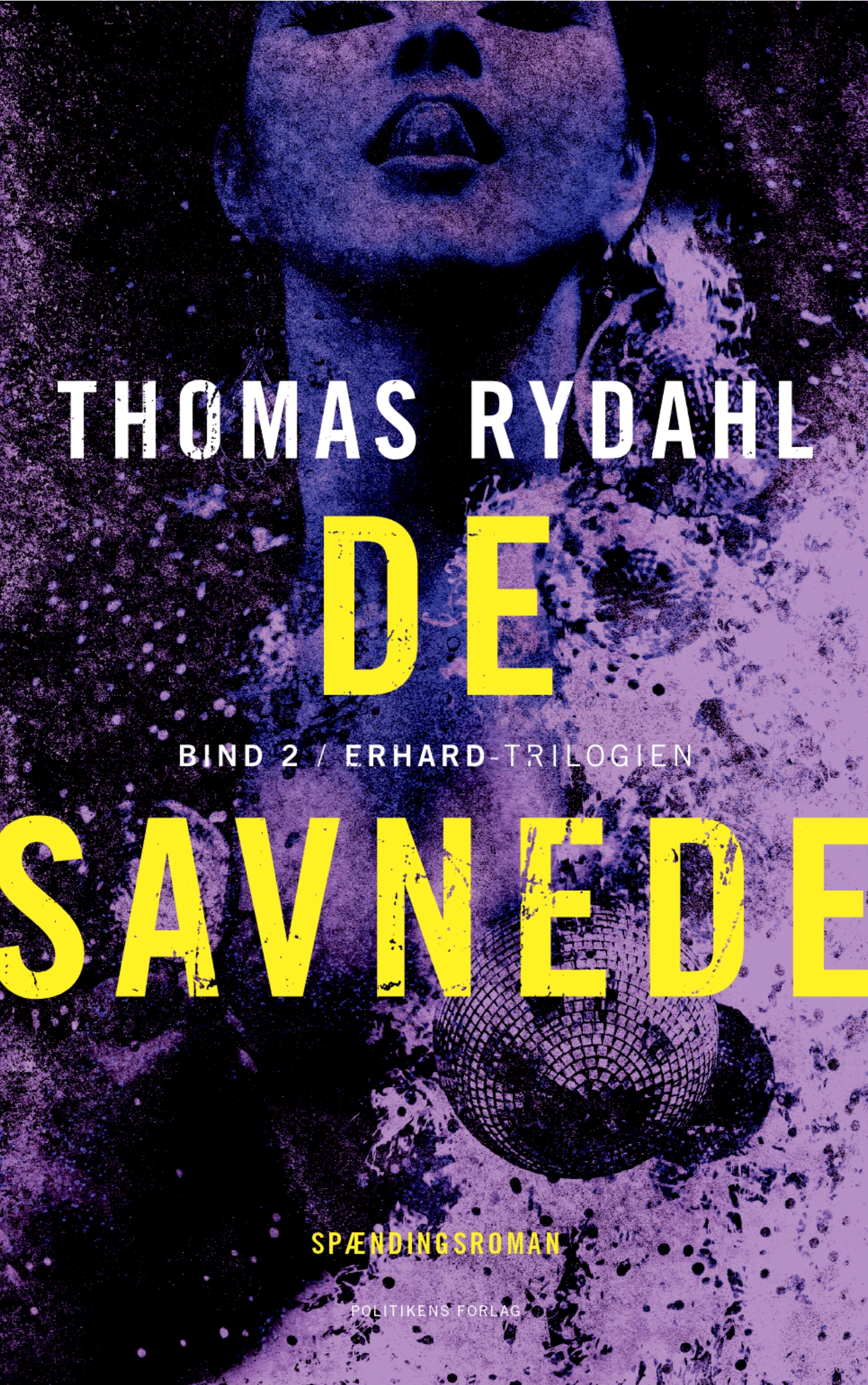 The Three Popes is published in 2019, and is the final instalment in the Erhard Trilogy. It picks up a year after The Missing. This time his assignment is to assist an old enemy in solving a case of rape and murder to earn the right to return to Fuerteventura, which he has left. At the arrival of a bestselling crime writer in Fuerteventura, who is there to research the curious case found in The Hermit, a red sand storm hits the island.

Do you personally read thrillers? What appeals to you about this genre?

I love a great thriller, if it is clever and rich in detail and style. The story has to be surprising, relevant, and painful. The characters need to be nuanced to keep me reading. I really enjoy American writers like Paul Auster, Raymond Chandler, Stephen King, and Don Winslow, and epic writers like Jennifer Egan, Charles Dickens, Donna Tartt, Graham Greene, and Don Delillo. They write more than thrillers, but this is the kind of literature to which I return.

Why do you think Nordic Noir has been so successful globally?

I think there are a few good reasons. Many of the popular books are very character-driven and relationship-oriented, featuring (somewhat) realistic people with real problems like marriage and friendships, sons and daughters, dogs and cats. There’s little to no focus on gadgets, jurisdiction issues, and court appearances. There are almost no serial killers and no “big” evil. Even the villains are real people with fucked-up lives. 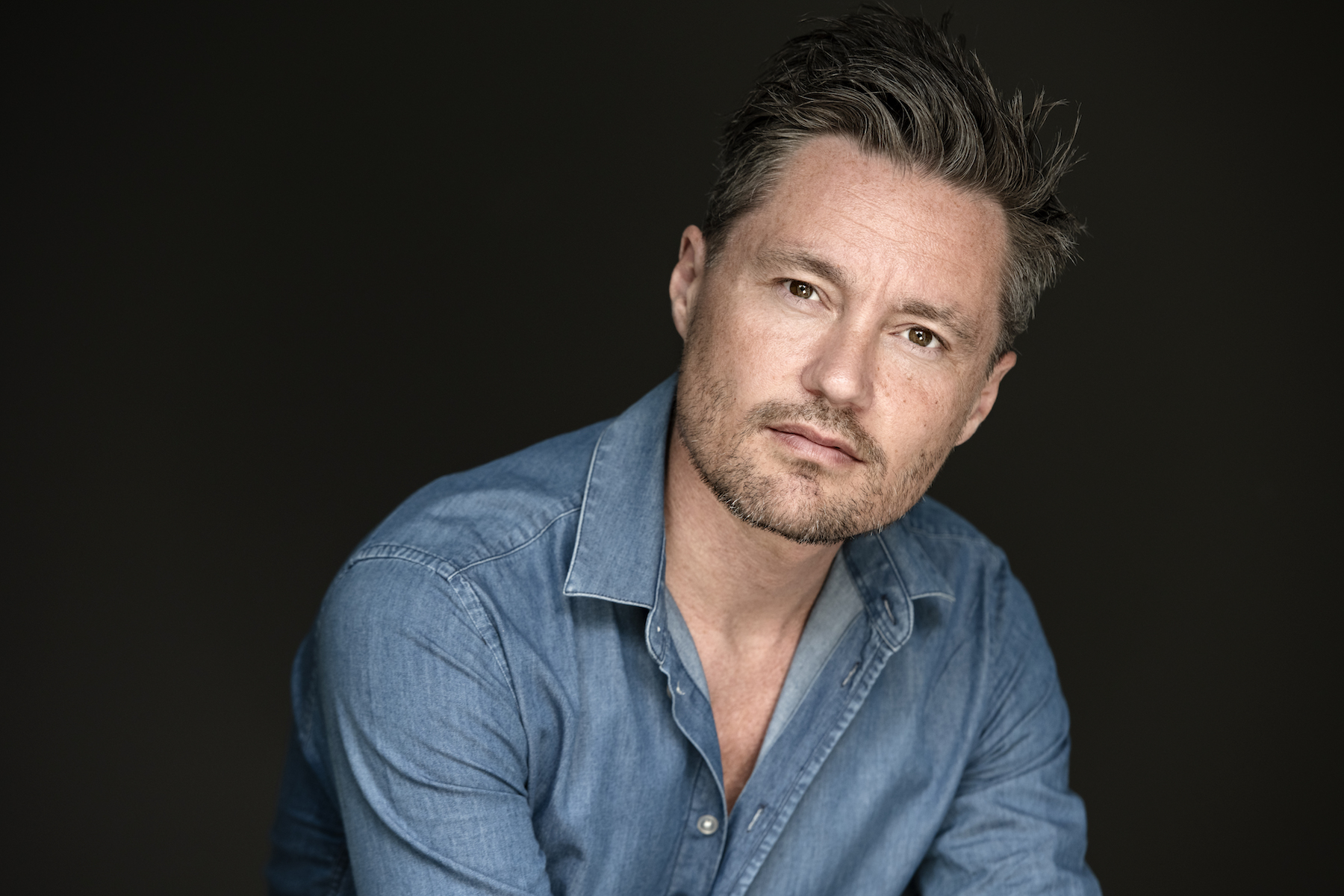 What are the necessary elements of good Nordic Noir?

You need a cynical hero, bored cops, rainy Tuesdays in ordinary suburbs, and a crime that is almost banal. The villain must be someone ordinary: the girl next door with a complex childhood, not a super-villain. The emphasis is on the relational stuff, not on the investigational. And you need to include a level of social critique; that is essential to the Nordic Noir genre.

How does Nordic Noir differ from other types of noir or thrillers?

Nordic thrillers are evolving and changing by the minute, and are inspired by what is happening in the world. But if I were to point out one feature, it would be the kind of realism that I described previously.

This is a tradition, coming from the Beck Series, Sjöwall and Wahlöö’s amazing 10 Book classic from the sixties and seventies. The hero goes grocery shopping, cooks unappealing dinners alone and has estranged wives. Anyone writing a Nordic noir will include our well-adjusted societies, and point out areas where we still need to improve or where we have previously failed.

Do you feel that books lose something in translation? Why or why not?

Who, to you, is the quintessential Nordic Noir hero (or, antihero?)

Let me give you three examples: 1) Martin Beck, Sjöwall and Wahlöö’s worn-down, almost ordinary cop with a complex personal life. The beauty is that he changes and evolves throughout the series. 2) Lisbeth Salander, Stieg Larsson’s shocking hacker, who stepped up as a hardcore heroine when the world needed one. 3) Erhard Jørgensen, my own anti-hero. A hermit investigator with no policing competencies, only his interpersonal skills and a Scandinavian sense of morality.

What are the Nordic Noir books and/or authors that you recommend, other than yourself?

I like Kati Hiekkapelto’s dark Noir-ish books from Finland, which deal with modern day issues and the murky sides of the Scandinavian societies. She is cool and tough and has a weird sense of beauty. Her first book is called Hummingbird.

And if you haven’t read Sjöwall and Wahlöö, it’s about time! It’s been a few years since I read them, but I think (and hope) they are still fresh and relevant, even though the books are almost fifty years old. And as is usually the case, the books are much better than all the films and TV-series. Roseanna is the first of the books, so start there.

What are some other genres or authors from the Nordic region that people should know more about?

If I were to inherit the works of one author, it would be Astrid Lindgren. Everyone knows Pippi and Emil, but my childhood favourite was Rasmus and the Vagabond about an orphaned boy who escapes the orphanage and joins a vagabond. And don’t forget Karlson on the Roof.

Kaspar Colling Nielsen has written 3 strange, hypnotic and highly acclaimed books about the challenges of our time. If you like talking dogs and The French writer Houellebecq, I suggest that people start with Mount Copenhagen.

Jesper Bugge Kold has had a huge international breakthrough with his novels about war, nazism and the murky pursuit for truth. If you like the early Ken Follett. I recommend Wintermen.

Tomas Espedal writes books like a walk in Stockholm on a rainy afternoon. He has a keen sense of people, place, and language. If you like stuff for contemplation and beautiful prose, try Bergerners. 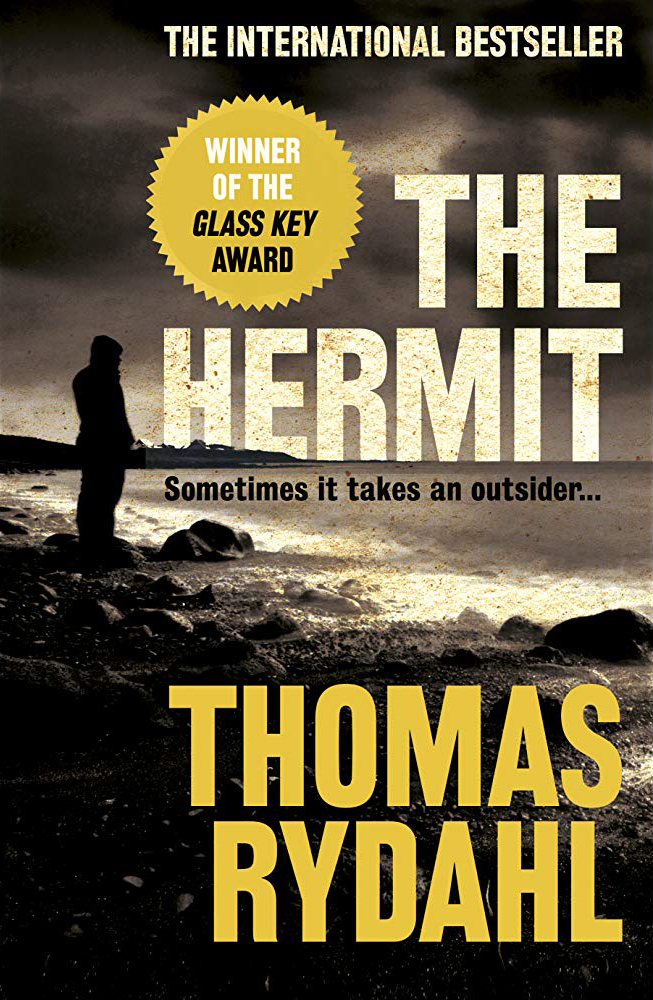 The Hermit is currently the only Thomas Rydahl book translated to English available online.

Want more Nordic Noir? Check out our list of the writers and books to know.