Karla Opazo was having trouble finding the perfect shirt. You know the one – your go-to on those days when you just feel like throwing on something comfortable but you still want to look chic. The one that always makes you feel put-together and has a flattering silhouette.

At the time, Karla was working in marketing and PR in her native Sweden. She met Swedish designer Viktoria Chan and the two began working together.

“I knew I wanted to create something, but I wasn’t sure what yet. I’ve always been creative – from painting to designing – so doing something of my own was a priority. When Viktoria and I started talking about what we wanted to make, we realized that if you wanted a really great shirt, you had to pay a ton of money to a designer brand. There were no brands out there focusing on really good shirts for women at reasonable prices, and that’s what we needed. So we made it ourselves!” 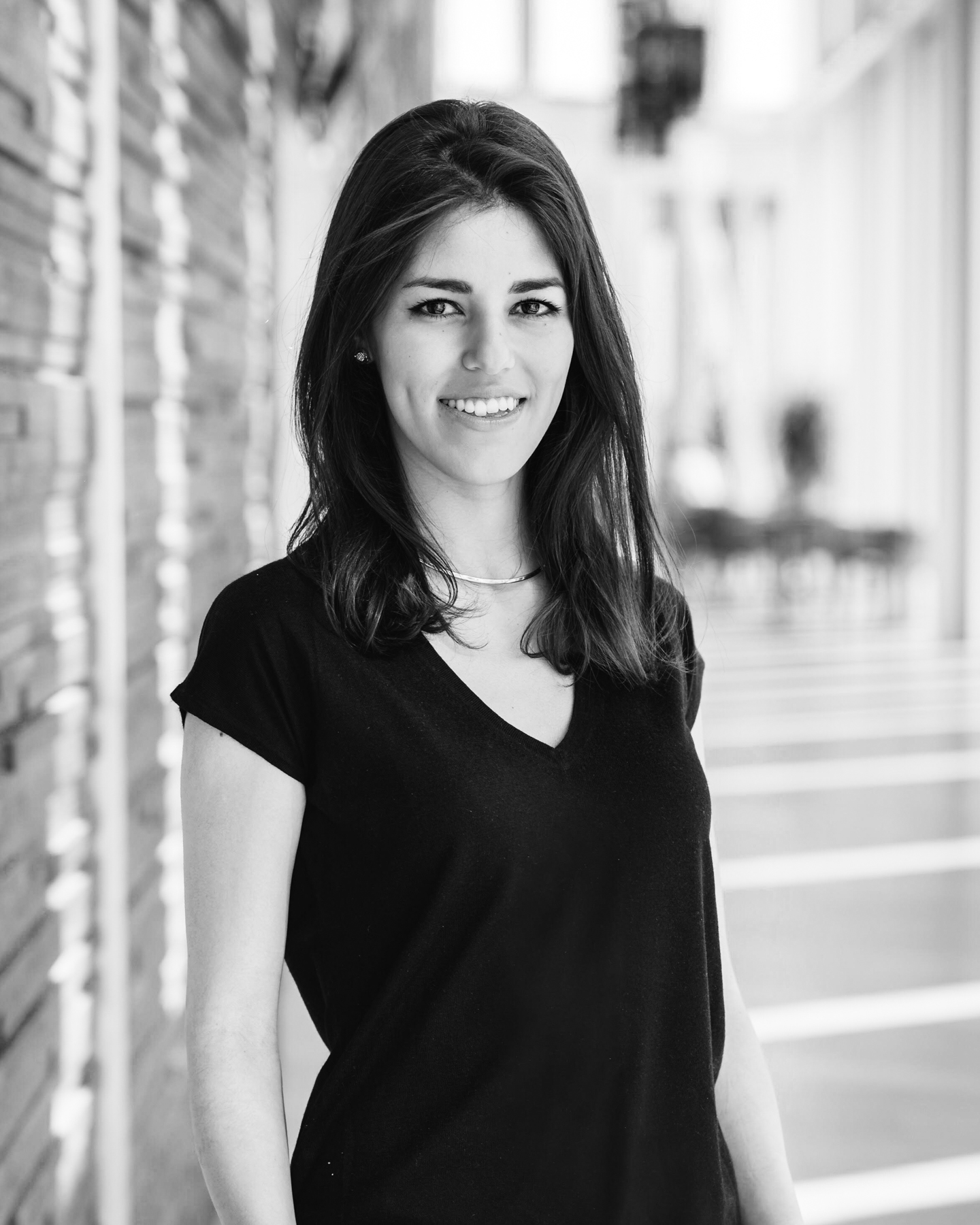 Launched in 2016 with only eight shirts, SLEEK atelier quickly drew attention in both Sweden and Denmark for its unique take on a classic item: the white button down shirt. The shirts are crisp and structured, with interesting and unexpected details like belting, ruffles, and bows. The references to the traditional button-down keep the shirts from feeling too precious.

“We work in white, black, blue, and some stripe patterns, like our popular green stripe,” Karla says, “you’ll never see us get too wild though. The whole idea is that the shirts are classic, with a twist, so they’re ultimately really wearable across trends and generations. We see girls and women of all ages buying our shirts, and we love that.” The collection now features 30 shirts and builds on itself with every collection, rather than following a seasonal model.

Each shirt is designed and named for a woman in Karla or Viktoria’s life, with specific details that would suit that woman’s life. “The X shirt was designed for a friend who is a teacher, but who loves to go out with friends at night. So I made a shirt that was quite demure in the front, but you can open the back and tie it up to give it a bit of sexiness in the evening. There’s something about the versatility of a button-down shirt that is so appealing,” Karla explains. And the name? “I was reading Vogue and they kept saying everything was sleek,” Karla laughs.”So the word just got stuck in my head.”

SLEEK atelier’s shirts are made from 100% cotton and are produced in a family-owned factory in Shanghai, where Viktoria lives. This means that she can observe the production process, and the brand has a high level of control over the designs. “Often in fashion, you’re doing a lot of back and forth with prototypes,” Karla says, “but we’re lucky. Viktoria just goes into the factory and goes through the design very specifically. Because she can work so closely with the team there, we often only have one prototype before a piece goes into production. That may seem like a small thing but for us it’s a much more sustainable way of working.”

The brand doesn’t currently have a brick-and-mortar shop; instead, they mostly sell from their webshop and through a few retailers. Karla’s apartment acts as their showroom for the time-being, and they’ve also held sales in various locations. “We’re not in a rush to have a store,” Karla says, “because we’re finding that the webshop works really well, and it also allows us to keep costs pretty low. Our prices are reasonable for the quality and design. We think everyone should be able to have shirts they love that are both well-made and affordable.”

Viktoria’s design expertise (she’s got her own brand as well, and it’s really good) coupled with Karla’s marketing skills and creative mind have made for an ideal pairing. “I’ll have an idea for a shirt and send a little sketch to Viktoria,” Karla says, “and then a few months later, she’ll send me a prototype. It’s pretty amazing to see something that was in your head become a real-life product. I don’t think I’ll ever get over that feeling! What Viktoria is really good at is bringing out the details of a design; it’s always better than I expect.”

But the best feeling of all, Karla explains, is seeing people wearing and loving their SLEEK atelier shirts. “We recently had an event and all these women came in, and a lot of them brought their daughters, or their mothers, and everyone found something that suited them. I love that we don’t have an age range, you just have to find the shirt that you connect with and that fits your lifestyle.

I remember one older woman, perhaps about 70 years old, came in and she was just so gorgeous – really chic. I said, ‘where did you find out about us?’ and she said, ‘where I find everything, of course: Instagram!’ I just thought that was great. I’ll never forget that woman; to me, she represented what we’re doing in such a great way. It’s just about being the best version of yourself.”