Ever wondered what the future of Danish soul sounds like? Look no further than AGGi DiX. With big dreams, stories to tell and a voice that will knock you off your feet, the Aarhus-based soul artist is here to stay – and her journey has barely started.

We met up for a corona-safe chat with her about her creative path, how to talk about racism, and learning to be alone. From writing her own music and directing her own videos to doing features on a host of other artists’ work, AGGi DiX is having an incredible year of productivity and self-discovery.

Find out about the sound of Danish soul artist AGGi DiX:

Tell us a bit about yourself! Who is AGGi DiX? What are you up to?

So my “normal” name is Agnes, and my artist name is AGGi DiX. And… I make music. That’s my way of expressing myself, but I also like to do other creative stuff. Like, for example, this year I together with Yoandry Gonzalez and co. made a visual EP called SIMMER. That was a hard practice for sure, but I like to just jump into these big projects.

I’m also a part of an Aarhus-based music collective called “The Secret Life of Trees” with Sean-Poul De Fré Gress, Jeremy Troy, Yellow Spoon, Julie Pavon, and Josephin Bovién They are all super creative people and musicians. Oh, and I also have a podcast with Josephin Bovien called “Cozy Onions!” I’m keeping busy.

When you say that you use music to express yourself, what do you want to express?

I want to express everything I feel and what I have gone through in different periods of my life. I feel like we sometimes live in a pretty fucked up world, and I guess I’m just trying to put words on that and stay sane.

In this country, we have a lot of racism without people actually seeing that it’s there, and that is one of the topics I feel like talking about. Some Danes kinda ignore that it’s there; as years go by, it has become such a normal thing.

It’s actually just now, after the killing of George Floyd and the Black Lives Matter movement that people have started to film racism in the trains, for example. But for the longest time, it was a super frequent thing that people just ignored.

I’m pretty new in the game, so I haven’t released a lot of this material yet. I’m focusing on making music about this topic and being inspired from seeing and experiencing what the world is like right now. And I feel like this kind of music has to be written, because we learn from speaking about these things. And on top of everything, women in this business and a lot of other businesses are pretty underpaid and are definitely not appreciated enough. So those are some of the things that I wanna talk about; womanhood, racism, and being young and alive. 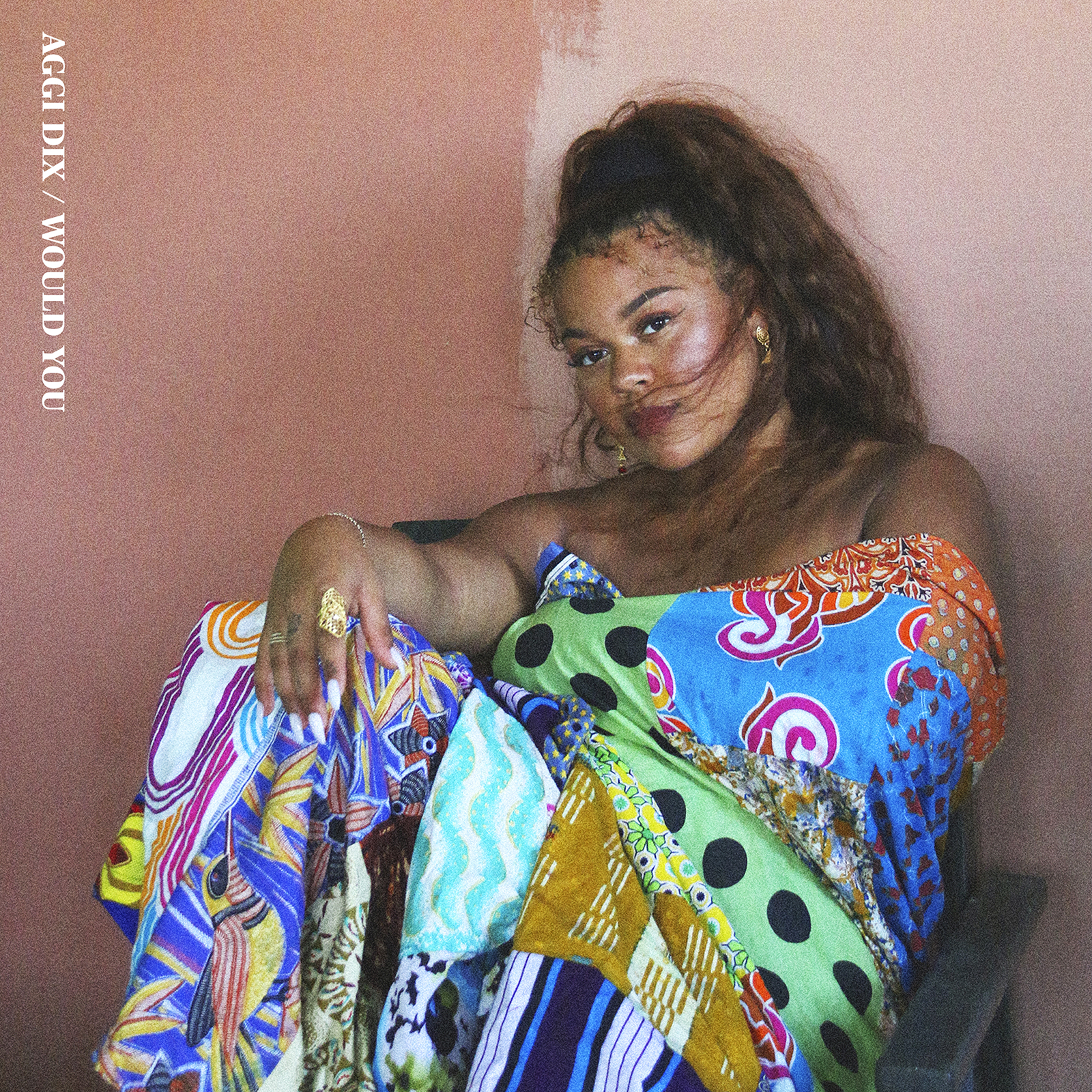 How did you start writing music? Who are you writing it for?

I’m writing for myself. It’s a way to heal and learn from the situations I’ve been through. Of course if people learn from it by listening to it, it’s a giant plus in my book! I started writing not too long ago; at the end of 2018.

I’ve had people making music around me for a long time, like my childhood friend Jeremy who is now one of my producers. My brother who was making hip hop when I was a child. I thought they were pretty cool and I wished I could jump on stage with them and just kill it!

But I was super shy and didn’t know how to use my voice. At some point I wrote a verse on of Jeremy’s songs and I ended up performing that verse with XPRS, Jeremy’s band. That’s how it started! And actually, I’m getting voice therapy right now because the first couple of songs I recorded, I sang in soprano even though that doesn’t really fit my voice.

Let’s talk a bit about your visual EP, SIMMER. You were pretty involved in the whole production, right?

I was! It was super hard because we had no money. It was literally only me and Yoandry Gonzalez, who was the cinematographer and director. The other people were just my friends who supported me and came to the set and helped out.

I also traveled to Ghana with Josephin before the coronavirus, where I was my own director, made the storyboard and acted in front of the camera while directing the other actors. I learned so much and I would love to do it again, but maybe with a budget and a bigger team, because the way we did it was just crazy. But now I know how to cut, edit, and I kinda know how to color-grade, so I can basically make my own videos with a little help from Yoandry!

So what’s up next?

I don’t really have a plan yet. I guess I’m sort of in an exploring mode! But I want to make as much material as possible so that I can hold a lot of concerts.

“Mood” and “Enertia,” my first songs, are a little hard for me to perform live now that I’ve learned more about my voice and how to use it without hurting my vocal cords. So I actually just want to make a lot more music, explore, and live my life.

I’m doing a lot of features right now. I have two songs coming up with Italian producer Ciro Mont, and I have a verse on Josephin Bovien’s coming album. I did a song with Josephin on Vakles’s coming EP, who is a Copenhagen-based producer and musician. I’m also in the process of a single with American rapper Malik Elijah and Ciro Mont.

One final question: What do you feel like you’ve learned in 2020?

I feel like people are getting more introverted by staying home. I’m really noticing that people don’t know how to talk to each other anymore. And it’s the same for me, I’ve made my own studio at home, so I’m basically just home alone which has been a bit depressing. But I think I’ve learned from that as well. Normally, I’m a super social person. And that hasn’t really been possible the same way this year. So I’ve learned to be alone without losing my sanity. I think that’s a fantastic skill to have.