With her hoarse, enchanting voice, perceptive lyrics, and electric stage-presence, Kwamie Liv is a central part of the Danish pop-scene. She has a handful of hits in her pocket, sung both in English and in Danish, and she’s an integral part of this year’s season of the Danish TV-show Toppen af Poppen.

Following the release of her single, “17”, we met up with Kwamie Liv to talk about her musical inspiration, touring in Corona-times, and what 2020 has taught her:

Can you describe your musical journey?

I cannot recall a time where music was not a part of my life. My childhood home was filled with it and for as far back as I can remember I’ve been making up and singing stories. When I was 11, I picked up a guitar and, although music wasn’t new to me, the process of learning a new instrument fundamentally changed my relationship with it. Suddenly I had something external to accompany my stories. I felt like the world opened up and within it, I found a place of complete freedom.

It wasn’t until years later when I volunteered with Rohingya refugees in Bangladesh that I decided to make music my living.

Music had always been something I did, almost like breathing. I couldn’t imagine my life without it, but working so closely with people whose fundamental human rights are so compromised, truly opened my eyes to the deep privilege it is to be able to choose and follow your dreams. It is something I will never take for granted.

I knew I wanted to live a life where I used myself fully, giving as much of myself as possible, and it became very clear that the best way for me to do so was through creative expression. It didn’t take long after this realization until I started releasing my music independently and building my team, which has been growing steadily ever since.

What are your musical influences and inspirations?

I am inspired by memories, by stories, both ones I live through myself but also what I encounter and observe through other people along the way. The fact that all of us, regardless of our journey, are united by the bigger themes of life: love, loss, growth, desire, hope, sadness, and so on, is so beautifully binding to me.

I am also very much inspired by freedom and independence. These are qualities that drive my decisions and I try to protect and strive for them in everything I do, also on a team level. I enjoy working in an environment where everyone feels they are making the most of their passions and skills. 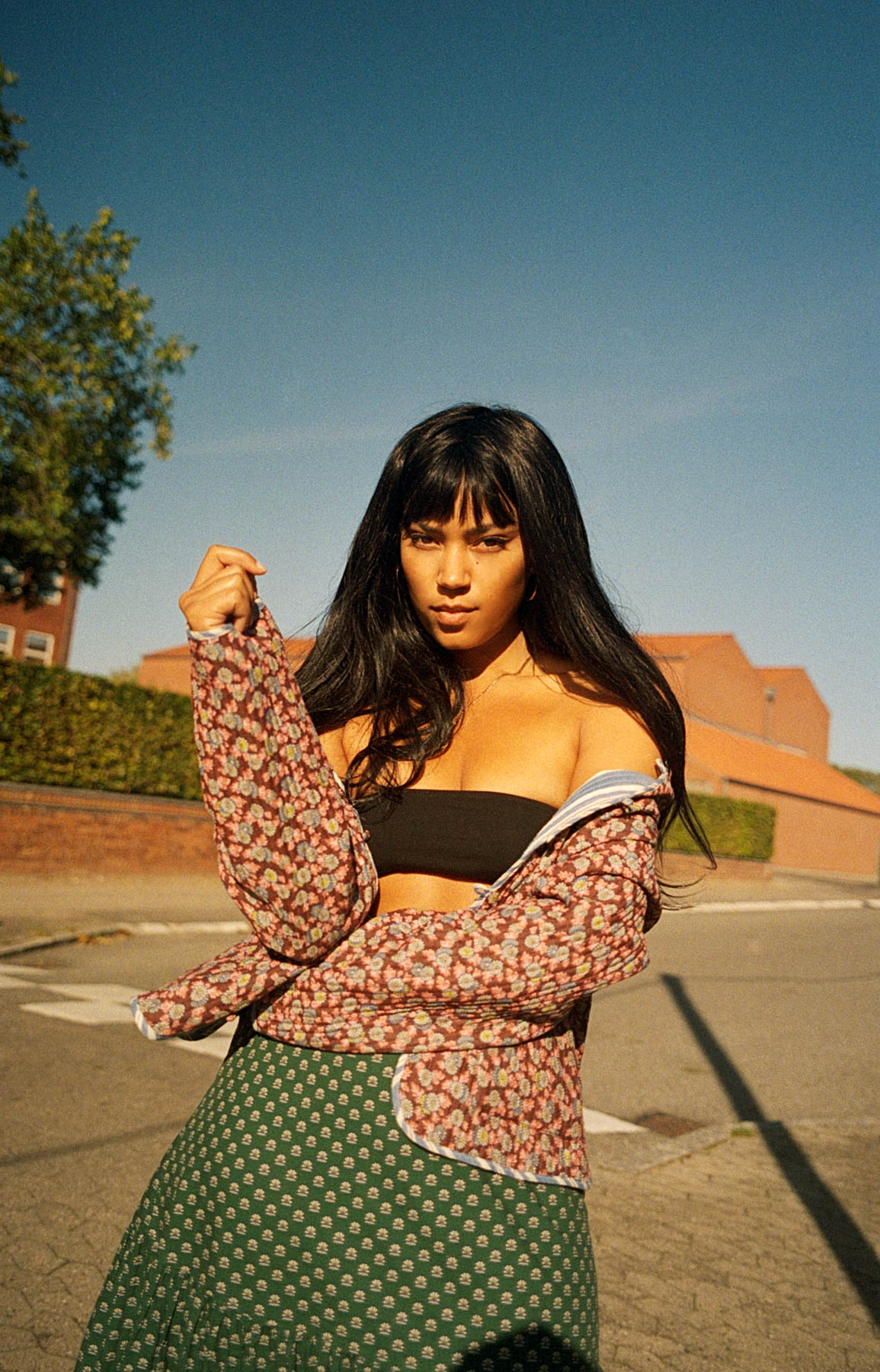 You are currently participating in “Toppen af poppen”. Can you tell us a bit about your experience?

There is something so intimate about gathering a group of artists in a room and having them perform each other’s songs for one another. It is rare that we get to spend time like that as colleagues. Often we meet at shows or festivals on-the-go, but having the chance to really get under each other’s skin, exchanging stories, ways of working, and experiencing each other’s craft in such an intense setting is very special.

You just released the single “17”. Can you tell us a bit about the song?

“17” is a song about nostalgia, that bittersweet feeling of knowing something is gone and will never return, mixed with gratitude for the fact that it existed in the first place. That time in our lives right before we become adults is so full of searching and growth.

The song was written some time ago, but somehow in these times we are living through it has expanded in meaning for me. I feel it is our responsibility to support and do everything in our power to work towards a better world for everyone and it inspires me to see the next generation really at the forefront of that, so mobilized, full of intention, and agency.

Could you tell us about the tour you have just been on?

Yes, I just tied up a mini-tour around Denmark. It is certainly a different time to be a musician in, and our business is undergoing a massive reevaluation trying to adjust to this new normal. That being said, I feel very lucky to have been able to go on the road in the first place.

I also feel like regardless of the number of people in the room, nothing quite compares to the energy that is borne between the stage and the audience during a show. I feel it is within that space that the magic happens, and performing both exhausts me and fills me to the brim because the human contact and emotion is so tangible. It feels like everyone is open and like there is nowhere to hide.

The last show we played on tour I was singing my song “Higher” and looked out at a woman in the front row. We held eye contact for a moment and at a certain point she just burst out crying. That song is so personal to me, and to feel that it moved her as well and that we were in it together somehow – it doesn’t get more real than that.

I have spent the last few years traveling a lot. My apartment in Copenhagen has felt more like a base than a home for a long time, so in some strange way, I have been trying to embrace things slowing down. It’s a bizarre time, it has really highlighted our strengths and weaknesses as a world in such a stark way. Change needs to happen on a lot of levels. I really hope it makes us wiser and more holistic in our approach to our planet and to each other moving forward.

Stay up to date with Kwamie Liv on Instagram.