What is the perfect chair? This question is an obsession of Scandinavian designers. For them, a chair is more than just something to sit on – it’s a statement of taste, an appreciation of shape and fine workmanship. The form is just as important as function. Not only does a chair mould to your body, touching us more than most pieces of furniture, it’s also a culture-bearing design object that can invest a person with status and identity.

As an outsider coming into Denmark, it’s strange to see how different Scandinavian chairs are in their natural habitat. Even after six years of living in Copenhagen, I find it funny to see stacks of Arne Jacobsen ant chairs in libraries, or find myself sitting on a Wegner chair in the doctor’s office.

These six were picked as celebrated examples of meeting the two main tenants of design: form and function. Importantly, they are all comfortable, even the GJ chair! And together, these Scandinavian chairs defined the midcentury design scene that explode from Denmark, Norway and Sweden and across the world from 1933 to 1965.

Check out these classic Scandinavian Mid-Century Modern chairs from some of our favourite Danish, Norwegian and Swedish designers:

This light but strong chair owes its inspiration to a portrait of Danish merchants sitting in Ming chairs. Produced since 1950 in Wenger’s first collaboration with maker Carl Hansen, the Wishbone exemplifies Wenger’s maxim that “a chair is to have no backside. It should be beautiful from all sides and angles.” This chair is the epitome of Scandinavian chair chic. 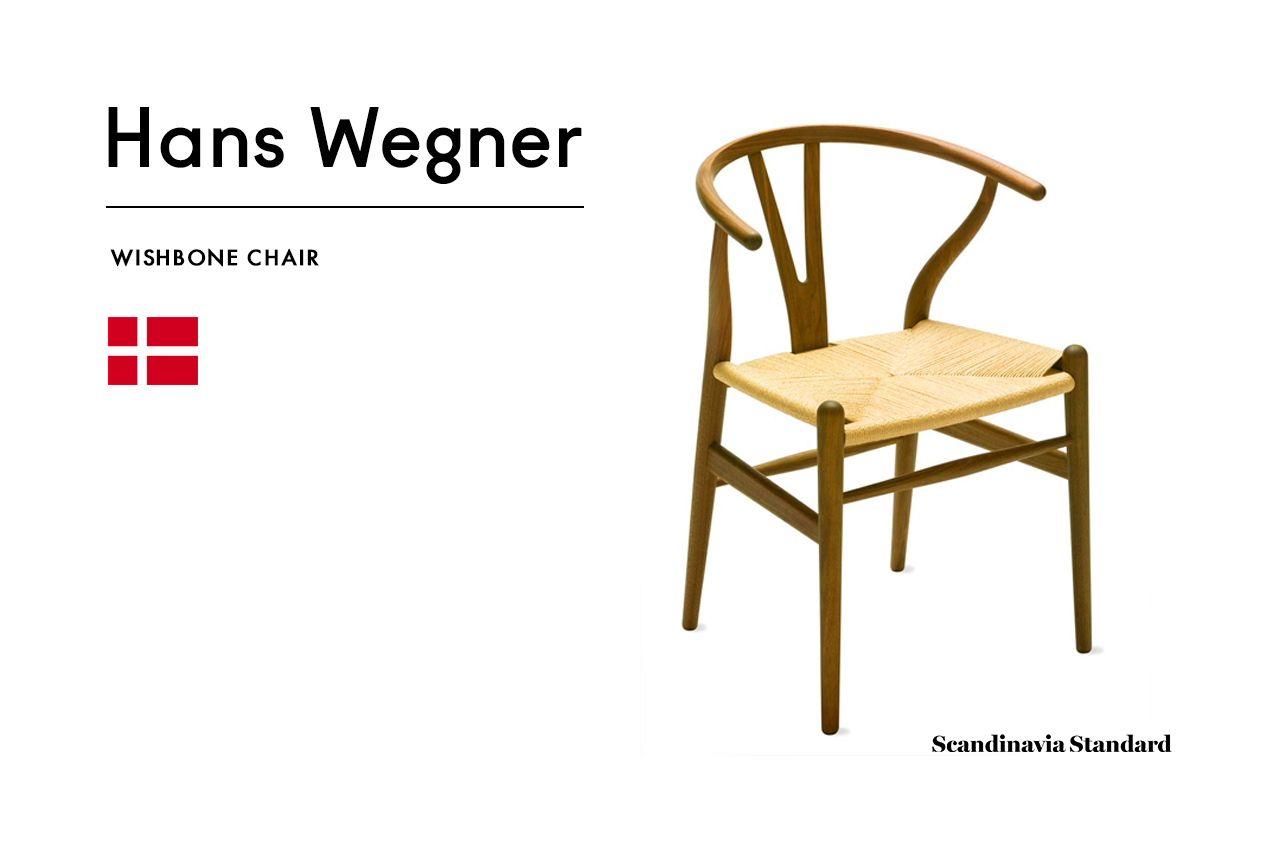 With their shape that’s clean and minimal, but materials make of rustic leathers or skins, this chair is perfect for injecting a bit of warmth into a modern interior. The unique dowel construction of the chair allows it to be disassembled – perfect for a midsummer safari in the depths of Sweden! 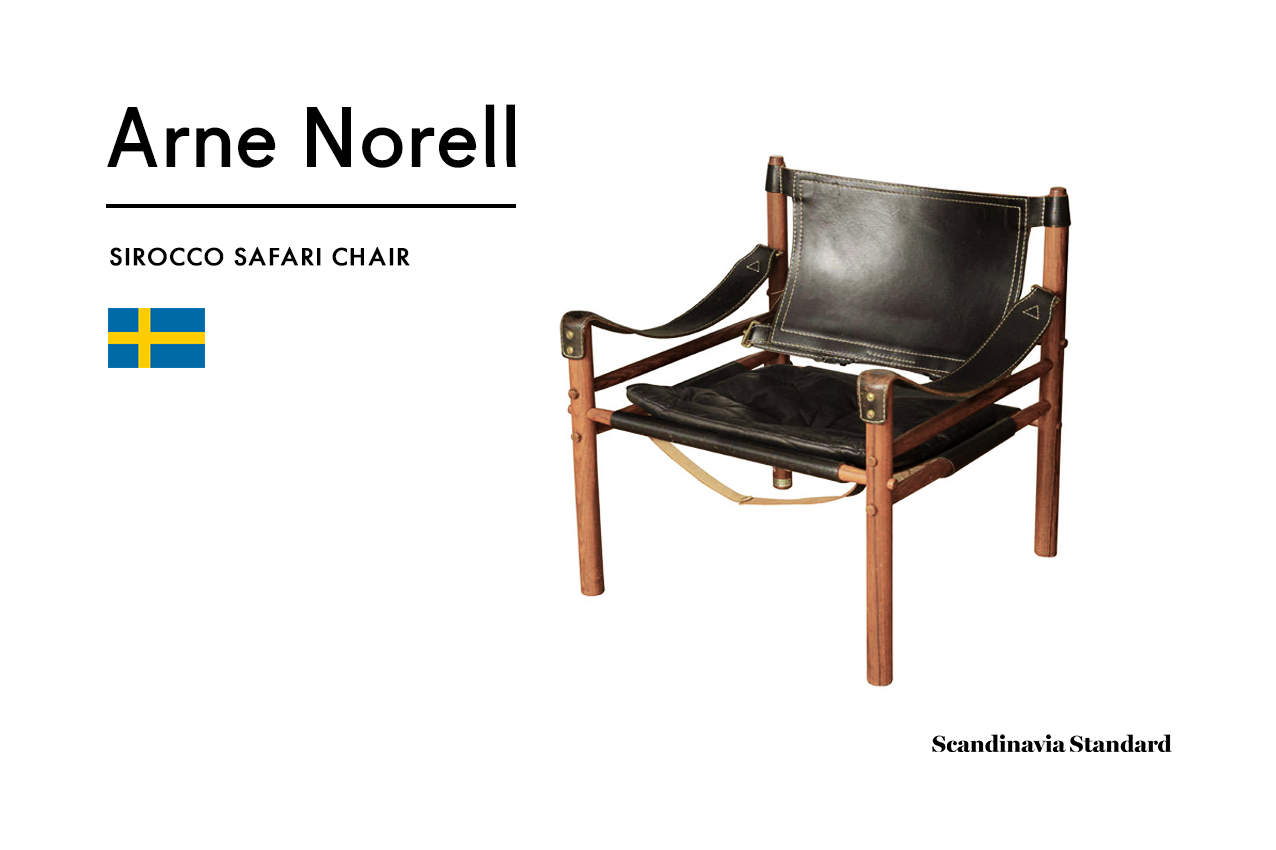 Of all the chairs, I find this one the least easy yet most compelling visually. This is an interesting, artistic piece of furniture that reflects the analytical, academic mind of its designer. Jalk not only designed chairs, tables and other housewares, she also wrote a four-volume tome on Danish Furniture and was the Editor for the Danish magazine Mobilia. The GJ chair, produced in 1963, is her best known design, and is one of the quirkier Danish chairs on the market. 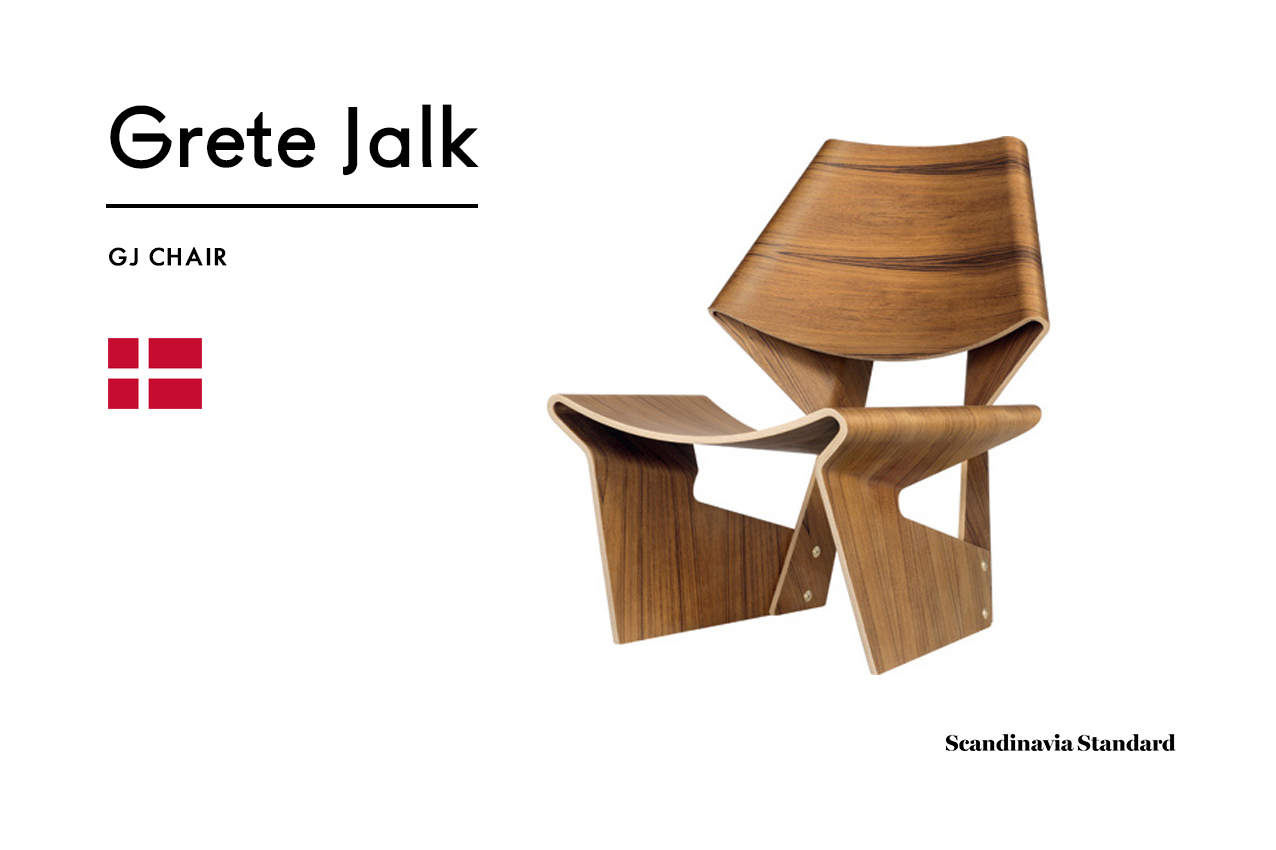 Drawing on his background in architecture and interior design, Finn Juhl’s Chieftain chair easily combines these elements without appearing overwhelming. Produced in 1949, the 45 chair, among other pieces, helped introduce Danish design to the United States. This chair is #1 on my wish list (for those of you considering my next birthday present). 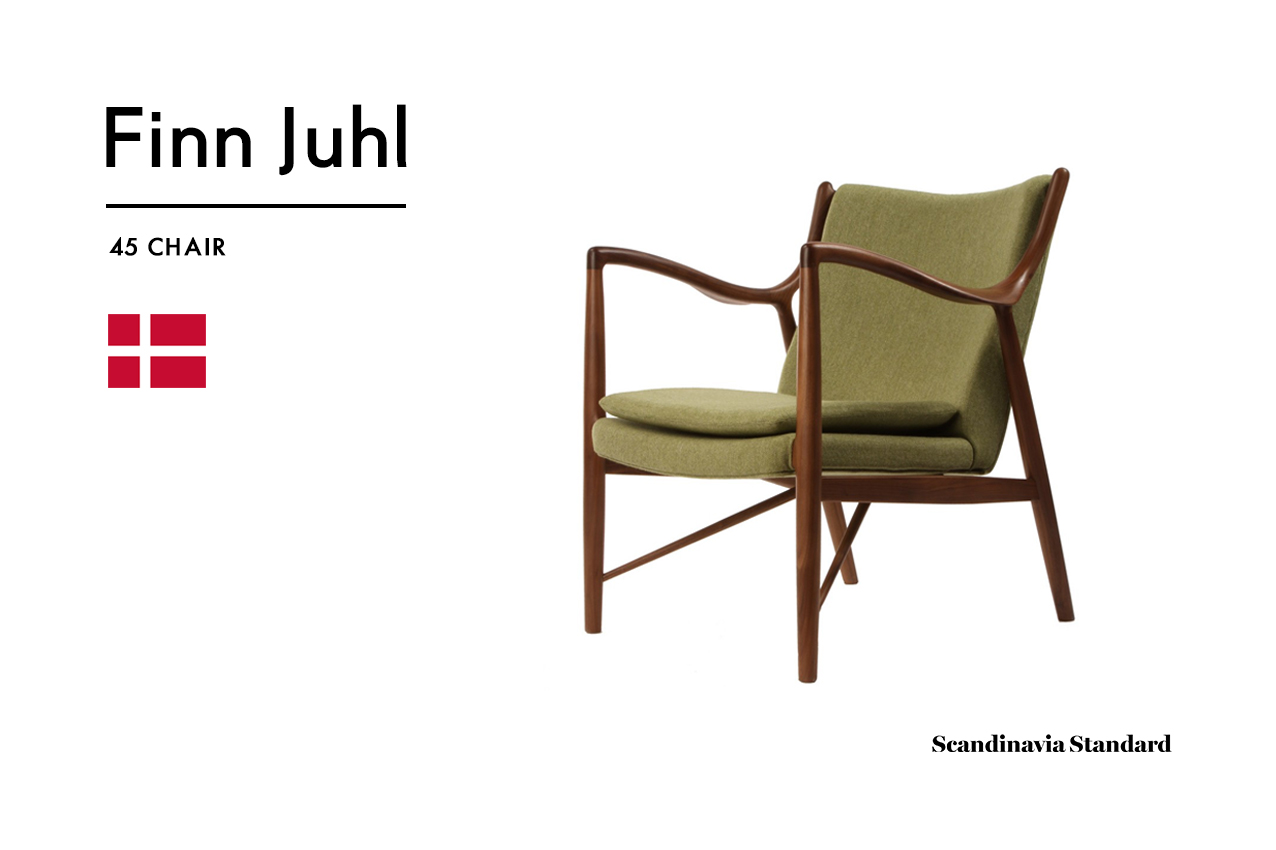 This is the chair when you’re talking about Scandinavian design. I almost don’t have to write anything else, but I will, because as iconic and easy-to-name as this chair has become, it’s still pretty marvelous to look at. From the modernist school of Organic Functionality, Jacobsen’s design is a study of simplicity. The Egg was first released in 1958 in Radisson SAS Hotel in Copenhagen. Like its brother the Swan, the Egg also comes in a couch-design, but unlike the Swan, with extremely limited production. 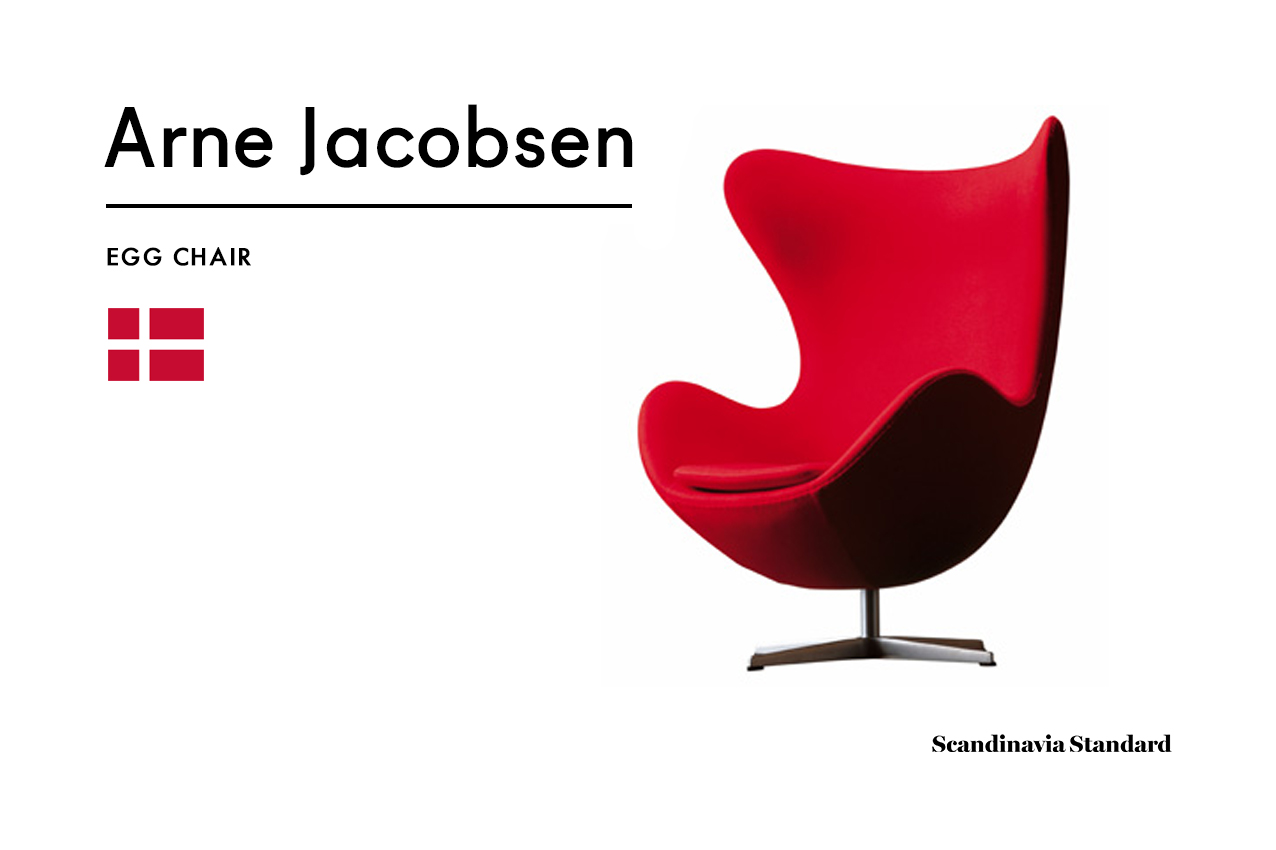 We’ve included Aalto’s Paimio even though he’s Finnish. The innovative fluidity, clean lines and slight playfulness make this chair a must-see in terms of Nordic design. The chair’s background is a rich one: it was originally designed for the Paimio Sanatorium between 1929-33. Set at an angle for optimum breathing, the chair was produced for the relaxation of tuberculosis patients. 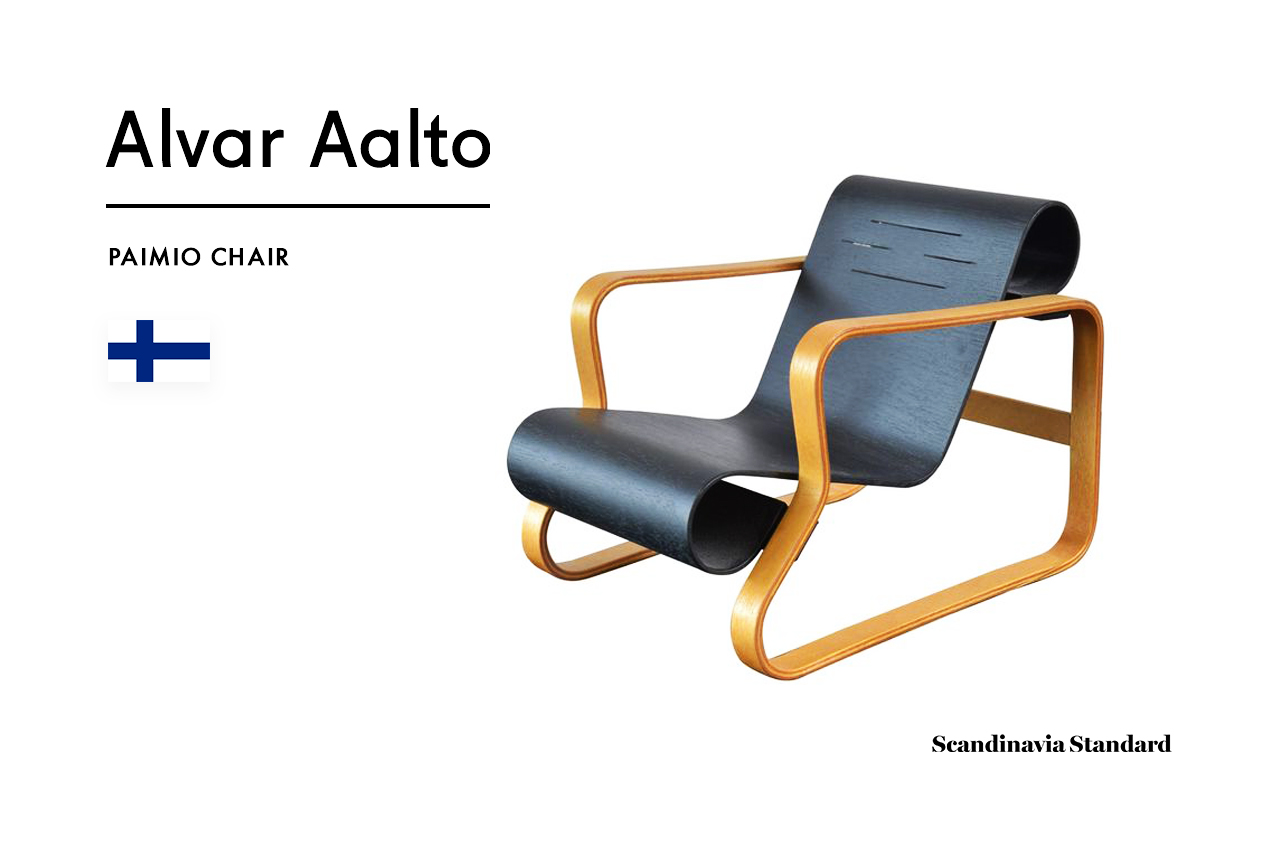