Danish designer Nanna Ditzel began her storied career in the post-war period, when Scandinavian furniture began to be globally recognized thanks to big names like Arne Jacobsen and Finn Juhl. Though Ditzel has never reached that level of name recognition internationally, her work and influence is unmistakable in Denmark.

A designer who was led by a desire to create rather than a specific genre of work, Ditzel’s prolific career includes designing interior spaces, textile, furniture, and jewelry. Though she began her studio in Copenhagen, she spent a large part of her life in London, where she was a sought-after interior and product designer.

These are the designs to know, from jewellery to furniture, from Danish designer Nanna Ditzel:

Designed in collaboration with her husband Jørgen, as much of Nanna’s work was before his untimely death in 1961, the Sausage Chair (Pølsestolen) is a wonderful example of their work at the time; slim but not subtle, functional, and utilising the latest in molding technology for foam and wood. 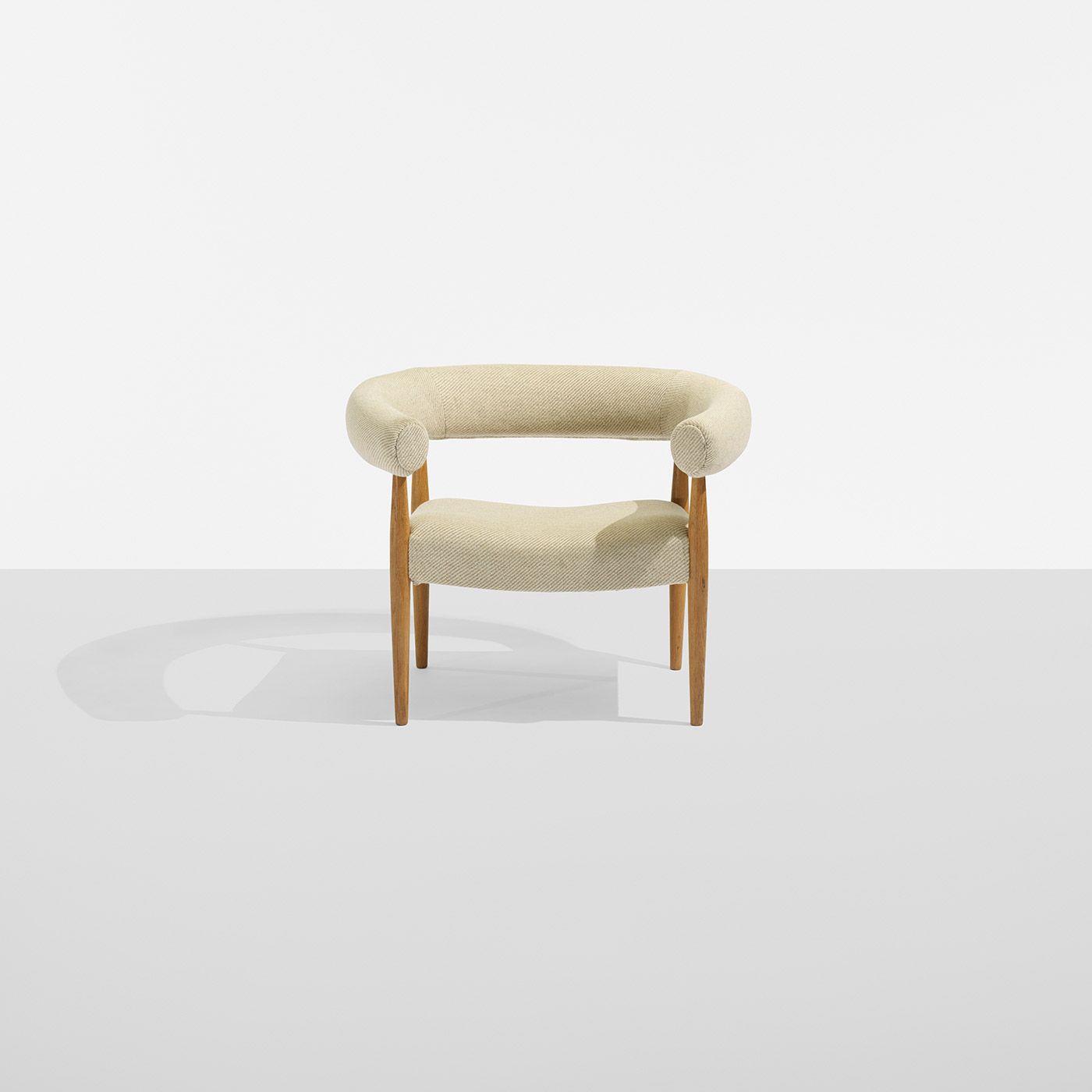 From 1954, Nanna Ditzel began a long and fruitful collaboration with silversmith brand Georg Jensen, designing a number of classic silver earrings, rings, bracelets, necklaces, and brooches. Her work is sculptural and quite large – both eye-catching and minimalist at the same time. Think Barbara Hepworth, worn on your finger. She was interested in light-catching curves and inter-connecting parts; this is reflected in both her furniture and jewelry. Much of her jewelry work is no longer in production at Georg Jensen, but we hope they’ll pull some pieces from the archive soon.

This playful piece of can be used both inside and outside, and can be both hung from a chain or attached to a stand.
The organic shape and deep seat make the sitter feel like they’ve entered their own private universe – the ideal spot to curl up with a book. Ditzel’s unconventional take on how a chair can sit in space alludes to how she would later reinterpret entire interiors.

The chair recently came back into production in 2014, and is produced by Sika Design worldwide and Yawakama in Japan. 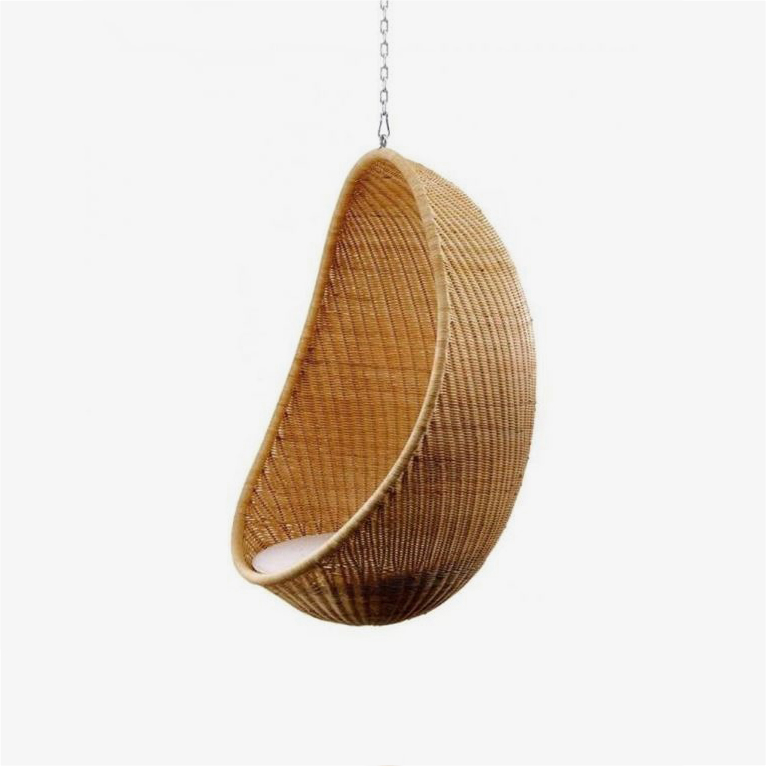 Ditzel made this play area for the children’s toy exhibition in at Forum in Copenhagen. Rather than relying on toys, distractions, or directed games, the area is all about children using their imaginations to make the space anything they want.

The way in which Ditzel employs space, color, and simple shapes to foster imaginative play is nothing short of remarkable, and her efforts did not go unnoticed at the exhibition. Designer Poul Henningsen wrote,

“With her nursery area, Nanna Ditzel….introduced something as unusual and exciting as the third dimension to the life of children…Perhaps one of the children who played in and climbed on this pyramidical structure will grow up to be an architect. Perhaps he will remember the richness of his encounter with the third dimension and go on to introduce it in houses for us adults…” (Mobilia No 94, May 1963).

Ditzel went on to create several similar, more permanent spaces, including most famously the Children’s Library in Lyngby in 1968. 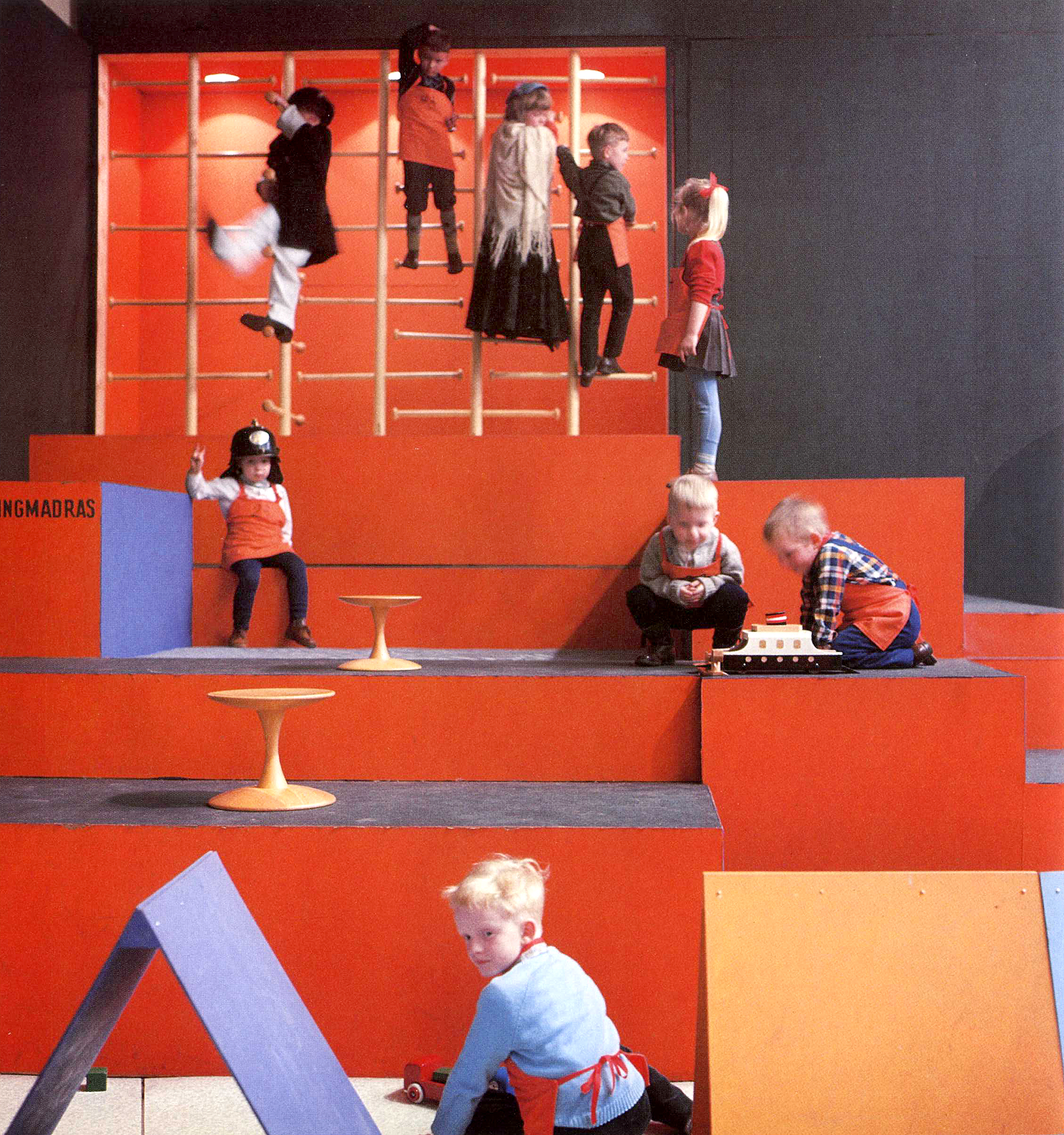 Awarded the Gold Medal at Asahikawa, Japan, in 1990, Bench for Two is an engaging and masterful take on the two-seater sofa and bench. Its intricate, Art-Deco concentric circles and Bridget Riley-levels of optical illusion result in an artistic piece of furniture that is also extremely functional. The bench is made from maple wood and aeroplane ply, with silk screen printing for the pattern.

The attention to detail of all angles recalls designer Hans Wegner’s maxim “a chair is to have no backside.” It’s hard to imagine this is a home, but it certainly would be a conversation starter! 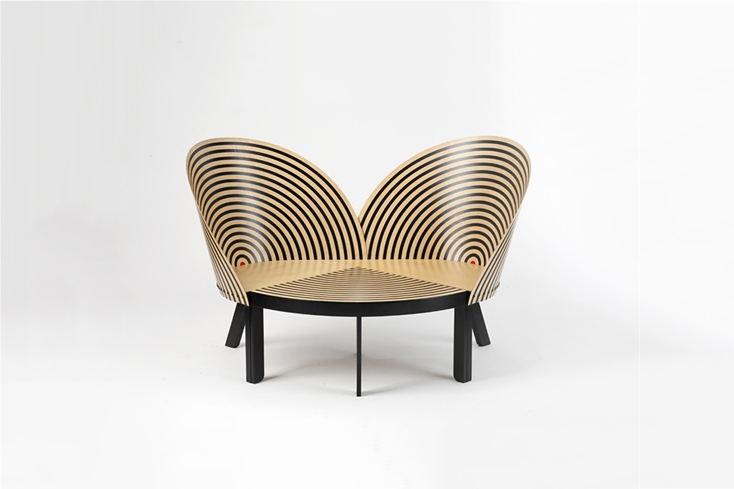 This is Nanna Ditzel’s most commercially successful work, and it almost didn’t go into production. Her first take on the chair included bent wooden legs that would have been impossible to mass produce, and gave the chair an overall much more quirky silhouette. Instead, she and Fredericia Furniture, the producer to this day, created a sleek steel base that the chair still has to this day.

The Trinidad Chair, inspired by the gingerbread houses of the Caribbean, celebrates its 65th birthday this year, with a re-release in three distinctive colors. It is more decorative than most popular Danish chairs, combining whimsical design with cutting-edge laser-cutting technology.

See more of Nanna Ditzel’s work through her Copenhagen studio.