Who are the Swedish-speaking Finns (also known as Finland-Swedes, Finnish Swedes, Swede Finns, Swedish Finns, and Swedo-Finnish), and how did they come to live in Finland? The phenomenon of a bilingual country is not unique: just take Belgium, Switzerland or Canada, to name a few.

But understanding the history of Swedish-speaking Finns is tricky. The number of names alone could leave your head spinning! I’m a Swedish-speaking Finn, a part of a linguistic minority the size of Iceland within Finland; allow me to explain a bit about our history and culture.

This is how I explain my heritage to foreigners: if Finland and Sweden meet in hockey, I’m always on Finland’s side, and I would probably be offended if you thought I was rooting for Sweden. This is because I’m Finnish, not Swedish. Even though my first language is Swedish, I’m as Finnish as it gets!

Still with me? Good!

Here’s everything you need to know about Swedish-speaking Finns:

Today Finland has two national languages, Finnish and Swedish; both with equal status in most legislation (minority languages, like Sami, are regulated separately).

The equal status of both languages guarantees a Finnish citizen the legal right to receive medical care and juridical aid in both Finnish and Swedish, depending on preference.

Daycare, schools, and elderly homes also operate in both languages, as do cultural institutions. The Swedish-speaking Finns have their own newspapers and magazines, two publishing houses, a TV channel, theaters, and festivals.

In general, Swedish-speaking Finns live in Åland (an autonomous group of islands in the Baltic Sea), along the coast, in southern, south-western, and western Finland. The further east you go, the lesser people speak and understand Swedish. Most Swedish-speaking Finns speak fluent or functional Finnish. Only 45% of Finns say their Swedish is satisfactory, while 26% say that they do not speak the language at all, despite the fact that it is obligatory in school.

Why do they speak Swedish in Finland?

As a result of the colonization of Finnish coastal areas and the former capital Turku during the Middle Ages, Finland gradually became part of Sweden. The country stayed under Swedish rule for almost 700 years, until 1809, when Sweden ceded Finland to Russia.

During Sweden’s centuries-long rule, Swedish became the language of administration, jurisdiction, and education, while the Finnish upper class lost its lands and position.

To gain higher education, wealth, and status, one had to learn Swedish, since Finnish was considered the “language of peasants.” Until the 17th and 18th centuries, the Finnish-part of Sweden was seen as populated by a primitive people with an inferior language.

On March 29th, 1809, Finland became the autonomous Grand Duchy of Finland as a part of the Russian Empire. Tsar Alexander I let the region largely self-govern, meaning many everyday aspects of life stayed the same. Laws made during the Sweden-Finland era were mostly left unchanged. Swedish continued to be the leading language in education and administration.

The “Russification” of Finland wasn’t successful; despite Tsar Nicholas II’s attempts to change the official language to Russian, the Finnish language began to take hold in the country. During the Swedish era, a majority of Finns, especially inland, still considered Finnish to be their first language and spoke it continuously outside of official institutions.

During Russian reign, Finnish nationalism grew. A nationalist movement called the Fennomans pushed for both the institutionalized status of the Finnish language and as well as a national currency. In 1835, Finland’s grand epic The Kalevala, based on Finnish oral folklore and mythology, was finally published. In 1863, Finnish became Finland’s national language alongside Swedish.

Finland gained its independence in 1917. By that time, the Finnish language already dominated society, thanks to a “Finnicization” campaign and the rise of a strong national identity. With urbanization during the 1900s, the Finnish language spread to all major cities in Finland, leaving Swedish as a minority language.

Given that they have access to both Finnish and Swedish TV and newspapers gives Åland residents insight to both worlds. In fact, often Swedish culture is closer to Ålanders’ hearts, which is understandable – some Swedish-speaking Finns on Åland don’t speak Finnish at all. This is why many Åland students attend university in Sweden.

There’s a myth that Åland wish to be part of Sweden, but the majority of Åland residents are happy with the autonomy of their island. 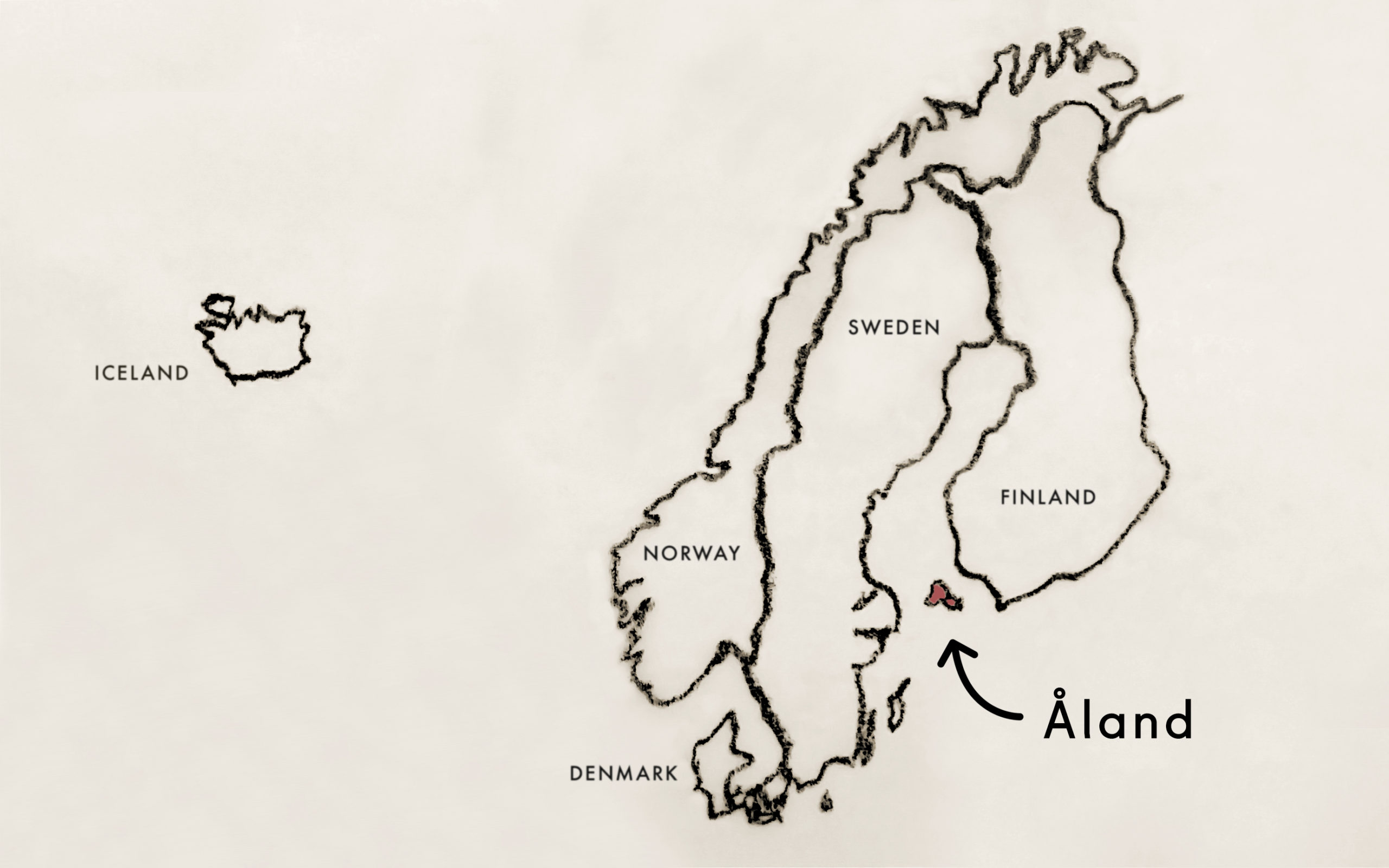 What is the difference between Swedish in Sweden and Swedish in Finland?

A common misconception, especially in Sweden, is that the Swedish spoken in Finland is a variation of Finnish. This is as false: Swedish, being a Germanic, Indo-European language, is not related to the Uralic, Finno-Ugric group of languages from which Finnish comes.

First, there’s the intonation; the melody of the languages. Think of English in the UK, US, and Australia: these are dialectal variations. But the division isn’t waterproof: Swedish in Österbotten, a region in the western coast of Finland, is very different from the Swedish spoken in in Helsinki. In fact, Österbotten Swedish has a lot more swing to it and is closer to the Swedish spoken in Sweden.

Comparably, the slang in Sweden, around Stockholm in particular, was Greek to me when I went to Sweden!

Besides grammar, language is largely about customs; how do we actually use it. Sayings, slang, pronunciation, intonation, and dialects are all nuances and branches of the same tree.

Swedish phonetics vary within both countries, but there are words that aren’t interchangeable between the two. Here’s a list of Swedo-Finn words and their counterparts in the country of Sweden. I find myself often switching between these in order to be understood, depending on which country I’m in!

The Debate over Swedish-Speaking Finns

Concern that the number of Swedish-speaking Finns may decrease has given rise to an ongoing sociopolitical debate in Finland. The roots of distress over language in Finland be traced back to Swedish colonization.

Today it’s mostly a question of whether Swedish should be mandatory in school. Since the 1970s, both Swedish and Finnish are mandatory in mainland schools (all schools except the ones in Åland).

Until 2004, both languages were also obligatory to do in the Studentexamen (the national student exam). After 2004, the test only need be taken in the student’s mother-tongue.

This means that a Finnish-speaking Finn, uninterested in learning Swedish, does not have to pass Swedish as one of the subjects to get their high school degree. Many choose to study languages like English, German, Spanish, French, or Russian instead of Swedish, and see a greater potential in them.

In actuality, the number of Swedish-speaking Finns has not decreased since the seventies. Still, the future of the unique dialect and the cultural heritage of Swedish in Finland is a concern, understandably so, with only 5,2% of the population maintaining it.

Finnish Swedish Heritage Day (Svenskadagen) is celebrated every Novemeber 6th and is a general flag day. It’s mainly celebrated in schools, and one of the important customs is singing Modersmålets sång, an ode the Swedish mother-tongue.

Crayfish parties (Kräftskiva) are widespread in Sweden. The Swedes enjoy their crayfish and schnapps-songs, and Swedish-speaking Finns also take part in these parties throughout August.

In Finland, crayfish parties are often combined with “Venetsialaiset” (The Venetian Festival), which marks the end of the summer season; more specifically, the cabin and boat seasons. 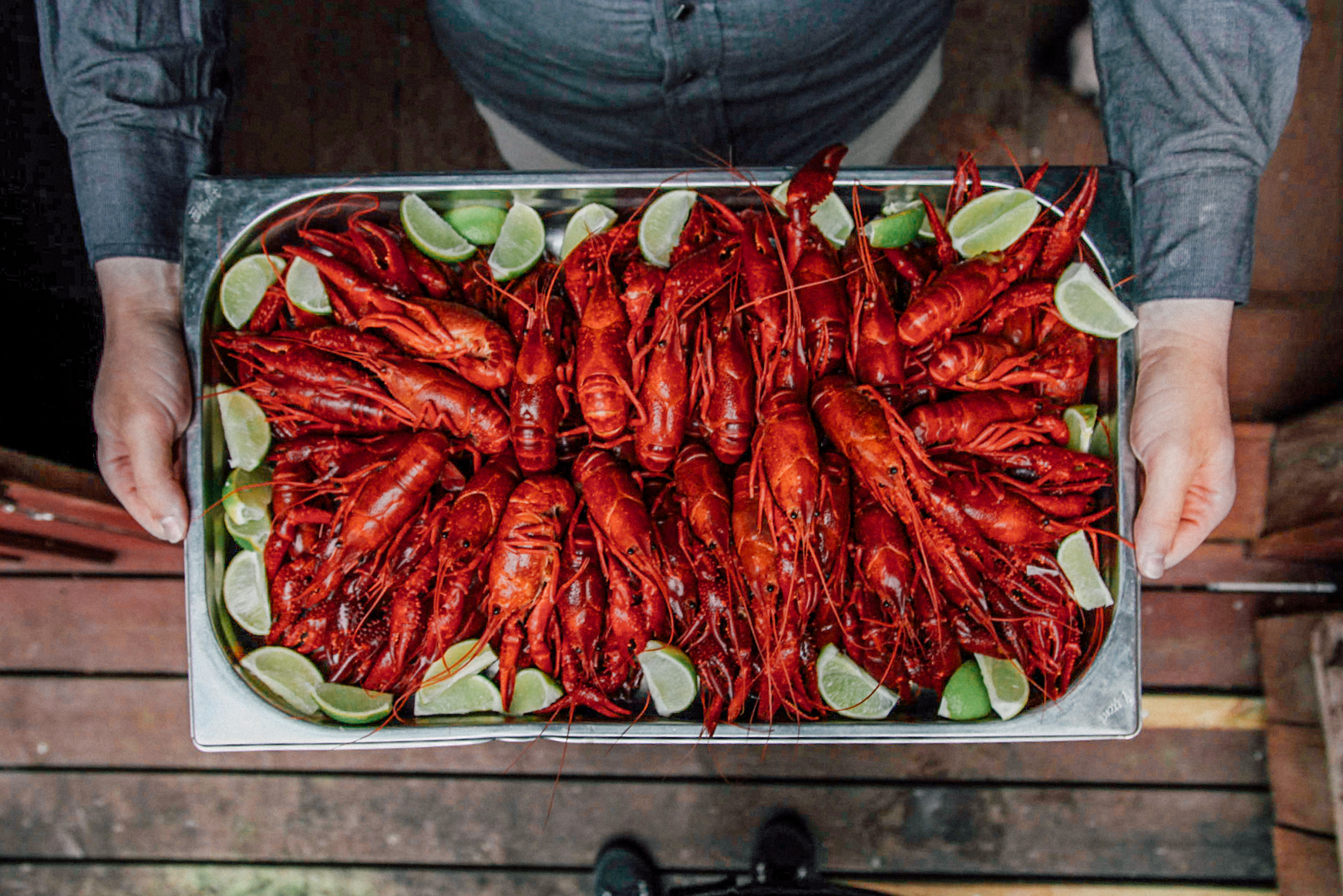 Student culture in the Swedish speaking areas of Finland is rich – Åbo and Vasa are particularly known for a vibrant university heritage with accompanying traditions.

The Pampas Nationaldag (Pampas National Day, “Pampas” being the nickname of Österbotten) is one of the most important Swedo-Finn traditions.

It’s a day filled with Olympic activities, a party at night, and a herring breakfast with schnapps the next morning. 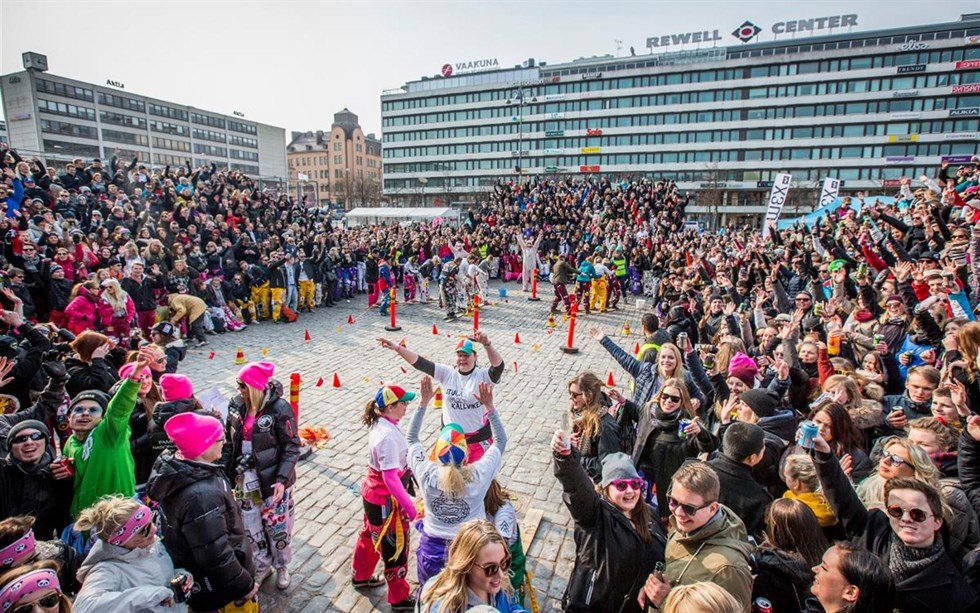 Runeberg Day is celebrated by both Swedish-speaking Finns and Finnish-speaking Finns. It’s a memorial day for Johan Ludvig Runeberg, the author of not only great sagas and poetry but also the lyrics for the Finnish National Anthem.

His wife, writer Fredrika Runeberg, used to bake him a delicious pastry that is always served on the Runeberg Day. 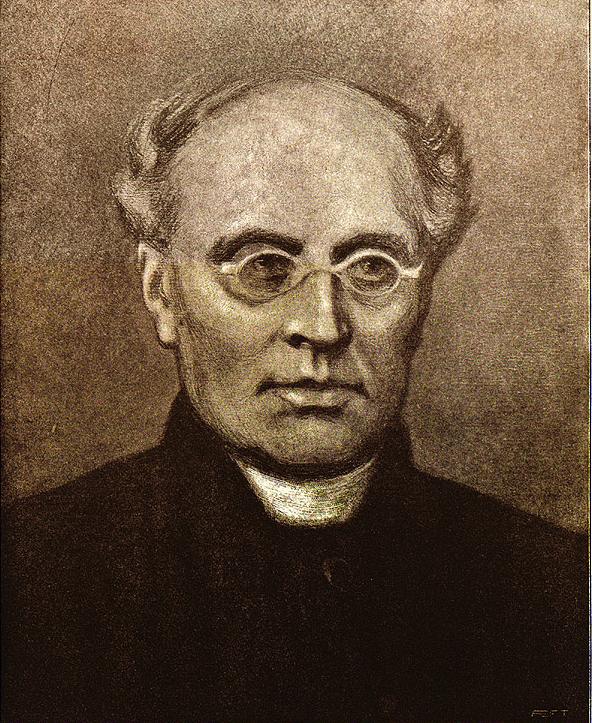 The biggest sporting event of the year for school kids ages 7-14 is the Stafettkarnevalen. The annual sports festival gathers students to participate as runners and cheerleaders from all Swedish-speaking schools in Finland. The atmosphere is friendly but with serious competition.

Flag of the Swedish-speaking Finns

Swedish-speaking Finns have their own unofficial flag called the Finlandssvenska Flaggan. It’s a red flag with a yellow cross.

Note, this flag is very similar to the flag of Skåne in southern Sweden, but it is more an oblong rectangle shape and the cross is further from the centre and more left justified.

You’ve probably heard of Tove Jansson, the creator of the “Moomin” characters, but did you know her goal was not to be an author of children’s books?

Born to an artistic family, Jansson showed creative promise from an early age and dedicated her life to art. She was both a brilliant painter, as well as also coming to write many beloved books, for both children and adults. 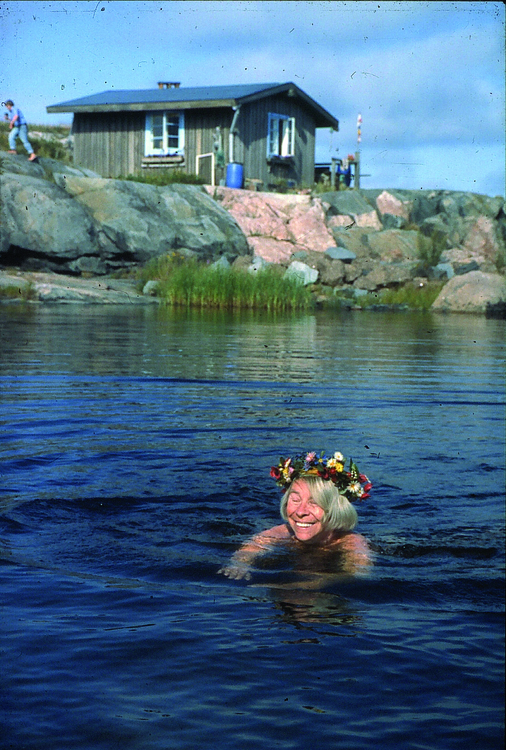 Poet Edith Södergran lived a short life, but left a remarkable legacy behind her. She has remained one of the most important Nordic poets.

Södergran, famous for the line “You looked for a woman and found a soul – you are disappointed,” lived in Finland for only three years in the early 18th century, but wrote most of her pieces in Swedish.

She is considered to be one of the first Finnish poets to write in a modern style with an open structure.

Jörn Donner was not only know for his grouchy demeanor – he was also one of the most productive Finnish writers and filmmakers of his time.

Earning an Oscar alongside with Ingmar Bergman for the movie Fanny och Alexander is only a detail when studying his illustrious career.

Märta Tikkanen is one of our most beloved authors and culture figures in Finland. Since her scandalous novel Manrape (1975) and her break through poetry book The Love Story of the Century (1978) she has been a leading figure in the feminist movement and the literary revolution to this day.

She keeps bringing us literary treasures today; her latest book was released in 2019. 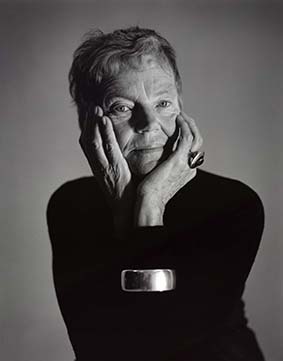 Find out more about Finnish culture, including how to make Finnish pulla bread and Finnish Christmas traditions.