It takes more to be a woman of Swedish design than having an alliterative name, although from the list below you’d think that was the major criteria. These women are some of the most important names in Swedish design; their work reverberates today, in fields from architecture to textile design. Though most worked in the post-war period, a few are more contemporary, including the fascinating Helena Henschen. This is not an exhaustive list, nor is it one that steps into modern design (that’s another article!), but it gives you a sense of the diversity of design and importance of work that female Swedish designers undertook in the mid-20th century, a time when Scandinavian design was being redefined for the region and the world.

These are (just a few of) the Swedish female designers you should know about:

Petrus, a sculptor and industrial designer, was at the forefront of the Swedish push towards artistic design of the 1910s and 20s. Her intricate and ornamental work includes tables, candlesticks, vases and more.

Inspired largely by North African decor, Petrus’s style is perhaps not the first aesthetic that comes to mind when one thinks of Swedish design, but her work was an important part of moving Sweden into the cutting edge of design. She was a major member of Svenskt Tenn, the famous design firm founded by Estrid Ericsson in 1924.

Designer and silversmith Sylvia Stave created a number of popular pieces – mostly home and interior goods – during her career in the 1930s. Her minimalist, functional style was, and remains, extremely modern and fresh. Stave acted as artistic director for CG Hallsbergs Goldsmith from 1931 – 1939.

When she stopped working in silver at the end of the 30s, she was largely forgotten as a designer, although she continued working as a cartoonist and illustrator. In the 1980s, Italian design company Alessi began producing her incredible cocktail shaker (seen below, left) and her designs experienced a resurgence in interest.

Though some may know the name Estrid Ericson only through her partnership (both professional and personal) with beloved Swedish designer Josef Frank, Ericson has had an enormous effect on Swedish design, both through her business acumen and design work. In 1924 she founded Svenskt Tenn, a design firm that runs to this day. Ericsson’s strength was in combining the functional and the aspirational; she knew how to create an item that was both useful and that people wanted to buy. She designed everything from trivets to trays. Perhaps her best known work is her Elefant textile print (below, right), which can be found on items ranging from napkins to tablecloths.

One of the only female Swedish architects to gain prominence in the post-war period, Magnusson-Grossman designed homes, interiors and a number of furniture pieces including the instantly-recognizable Grasshöppa (in image below, left) and Cobra (in image below, right) lamps. Both lamps, as well as a number of her other pieces, are still produced by Gubi. 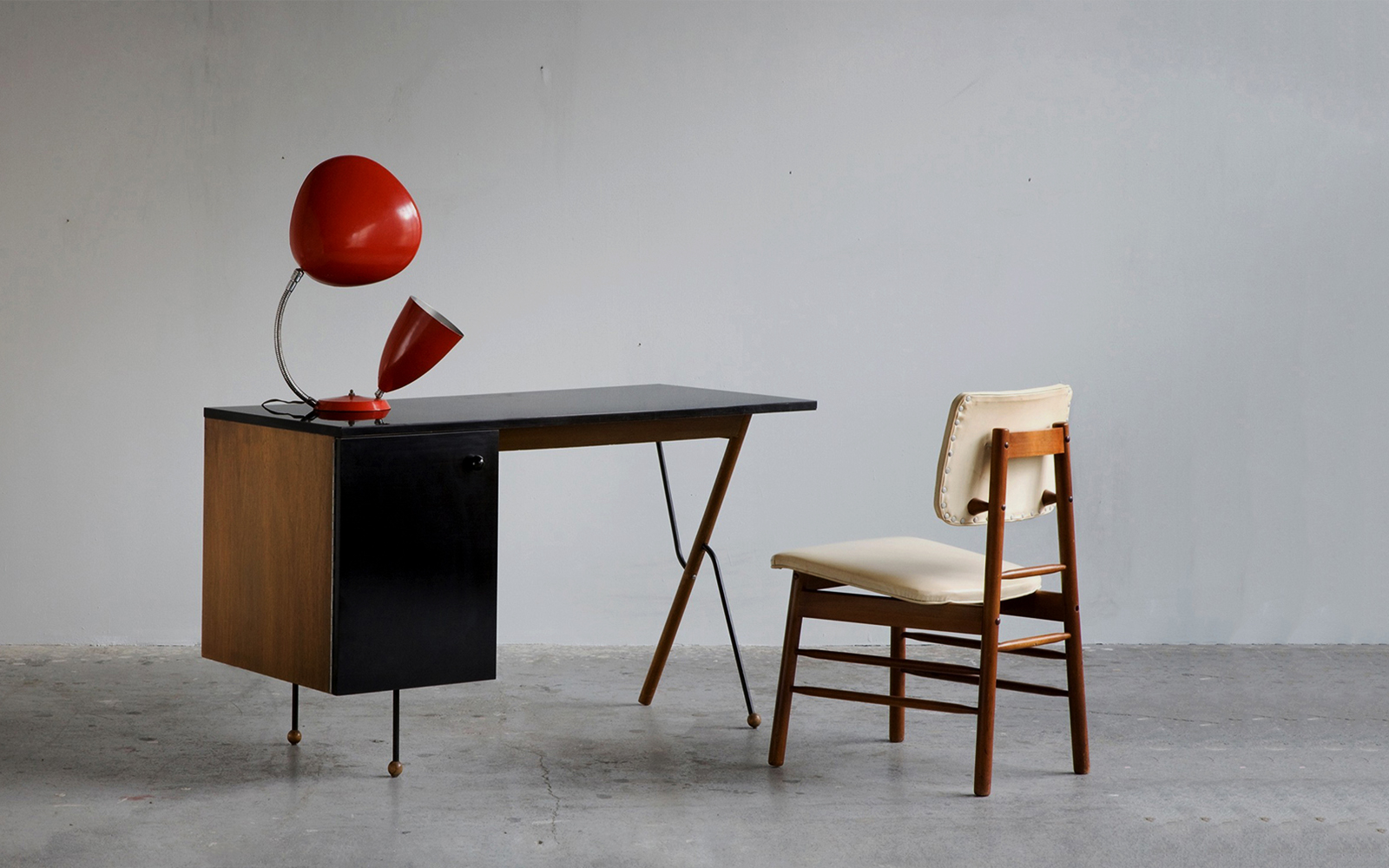 In 1940, she moved with her family from Stockholm to Los Angeles, where she would launch her own studio and do her most well-know work, a fascinating blend of Bauhaus and southern California sensibilities. She even designed interiors for fellow Swedes Greta Garbo and Ingmar Bergman. Sadly, many of the Californian residences she designed have since been demolished, but ten still remain intact.

The most contemporary of the women on this list, Helena Henschen had a storied and greatly varied career. As a student in Stockholm in 1966, she co-founded the radical feminist fashion design company Mah-Jong. Their manifesto read as follows:

– The same clothes should exist from one year to another. They would not support fashion trends.
– They would only use fabrics from natural fibers.
– The line should fit all ages and sizes.
– Beautiful colours and patterns for everyone!
– The clothes should be produced in Sweden.

Some of those points sound familiar? Mah-Jong was years ahead of its time in terms of the slow and sustainable fashion movement. 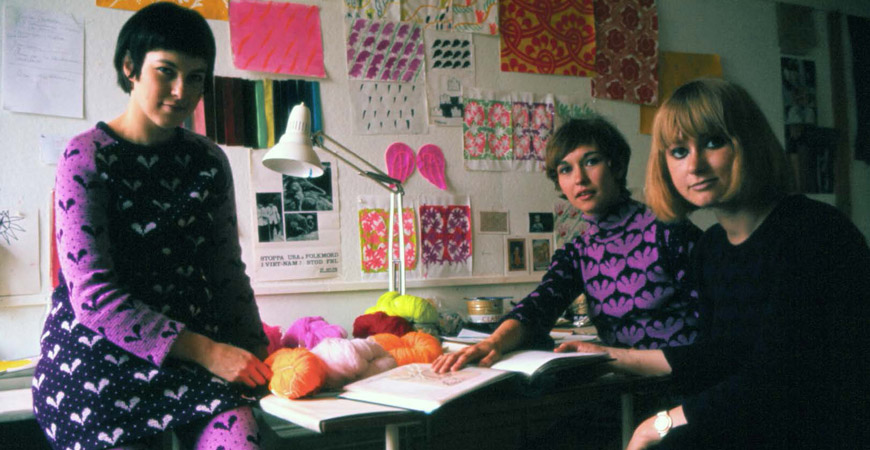 In their feminist approach, they also supported a new kind of manhood, one that influences Sweden to this day. The “Man of Velvet” or “Velourman” would wear comfortable clothes and a backpack – no suits or briefcases – and stay home with the children while his partner worked.

Though Mah-Jong only ran from 1966 – 1976 and has not had large international recognition, it is iconic in Sweden. Henschen went on to work in graphic design, as an illustrator and as a novelist, gaining success in all fields.

Though she was born and studied in Finland, Viola Gråsten lived and worked in Sweden from 1944 until her death. She made important contributions to the Swedish Textile industry, including colorful, geometric patterns that are still in production. Her work as a textile designer was joyful and playful, and her influence can still be seen in Scandinavian – particularly Swedish and Finninsh – patterns today.

Want more? Find out about Danish women in design!