Globally, there are approximately 1.3 billion tons of food waste annually. So what is happening to reduce food waste in Denmark? From apps to advocacy groups, there are a host of ways to get involved.

The term “food waste” refers to food that is discarded, but which is still ﬁt for human consumption. The way this food is lost varies: produce left in fields, bruised in transport, or deemed aesthetically unpleasing for selling. Some of this waste is unavoidable, but most of it is.

The environmental impact of food waste is staggering: 8-10% of all greenhouse gases are produced by the food we waste. According to Project Drawdown, the world’s leading resource for climate solutions, fighting food waste ranks third as one of the most impactful things we can do to curb climate change, and be can all contribute.

For the last few years, initiatives in Denmark have been providing tangible methods of reducing food waste. Gone are the days of only having one household rubbish bin. It’s normal to ask, “where is the compost bin?”

Food waste literacy has become mainstream and is seen as a lifestyle choice. On the whole, people are questioning the food and drink we consume, how its ingredients have been grown, packaging, and what happens to the leftovers.  Denmark’s food waste reduction efforts have focused predominantly on breaking down the stigma associated with buying leftover or “expired” (yet still safe) food items.

Here are the best organizations, apps, and programs for reducing food waste in Denmark:

Food Sharing Copenhagen is one of Demark’s largest volunteer-led organisations working to raise awareness of and prevent food waste. The

Formed in 2016 by a group of like-minded individuals who felt it their moral imperative to reduce food waste in their community, Food Sharing Copenhagen has built relationships with local fruit and vegetable suppliers.

They also work with wholesalers who make regular donations. The request is simple: if you don’t want it, give it to us!

The chair, Saimon Skurichin, who has volunteered at the organisation since 2016 says, “In the face of climate change, waste of resources, health issues, lack of communities and challenges of loneliness, our project brings us all together over a cause that has a positive ripple effect into many of our lives and people we help.” 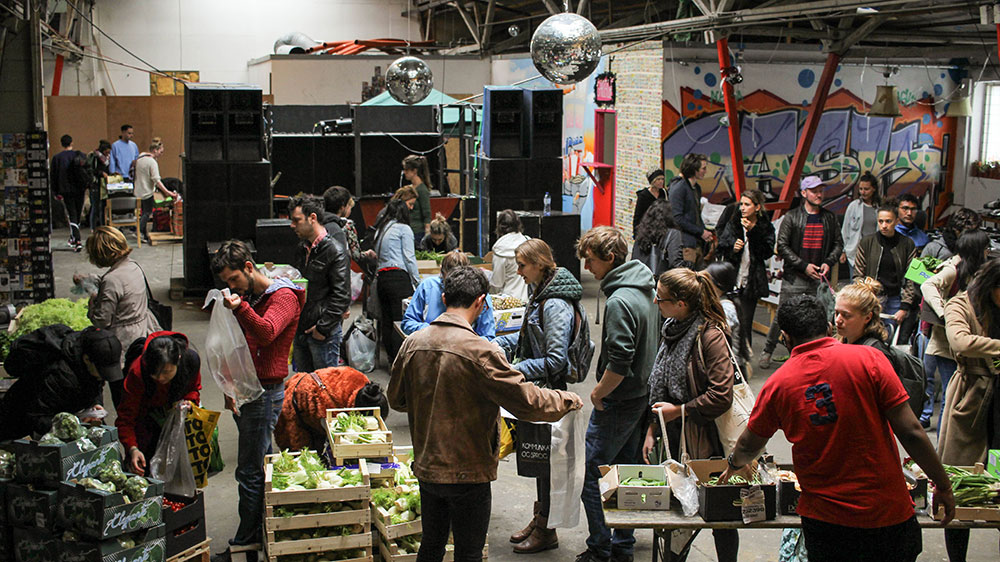 Food Sharing Copenhagen’s figures are impressive. In 2019 alone, their collective efforts helped save over 13,000 tons of food waste and nourish over 16,000 people. Every week, they collect surplus food from businesses, including bread and dry goods that would have been thrown out to waste and share it with hundreds of people.

The food sharing events take place twice a week and take an army of dedicated volunteers to run. There’s an incentive too, as the volunteers are able to help themselves to produce before the events open up to the public.

People queue outside and are let in one-by-one, then are able to go around with bags picking out items that range from bread, to fruit and vegetables. There is no entry fee, but Food Sharing Copenhagen does ask that participants make a donation if possible.

These events are having an impact. “We can see that we have become a part of solution to the problem, and it makes us very proud of our work and community,” said Skurichin. They are currently facing the challenges of holding distribution events during the pandemic, yet they persevere. “If we don’t do it, who will?” he says.

With these initiatives, Food Sharing Copenhagen doesn’t make a distinction between those who are accessing the services based on financial disadvantage or those who are simply making an ethical choice. Skurichin notes, “[We believe in] unconditional sharing.”

Their weekly food distribution take place at Karen Minde Kulturehus in Sydhavn on Wednesdays and at Osramhuset in Nørrebro on Saturdays. Both events run from 1:00 – 3:00 pm.

Too Good To Go

The Too Good to Go app was launched in 2016 and is headed by Mette Lykke, who joined the organisation as CEO after becoming one of the first investors. “Even I was not aware of what a huge environmental issue food waste was. Once you look into it, it’s mind-blowing,” she says.

The app is a marketplace for surplus food. It connects users with local stores, restaurants, and bakeries in their immediate area that have a surplus of food, allowing them to buy it at a reduced cost.

The app also addresses the stigma that is often associated with buying items that have been reduced in price. “The Too Good to Go app is particularly good at normalising eating leftovers by promoting end-of-day food at a discount,” says Lykke. 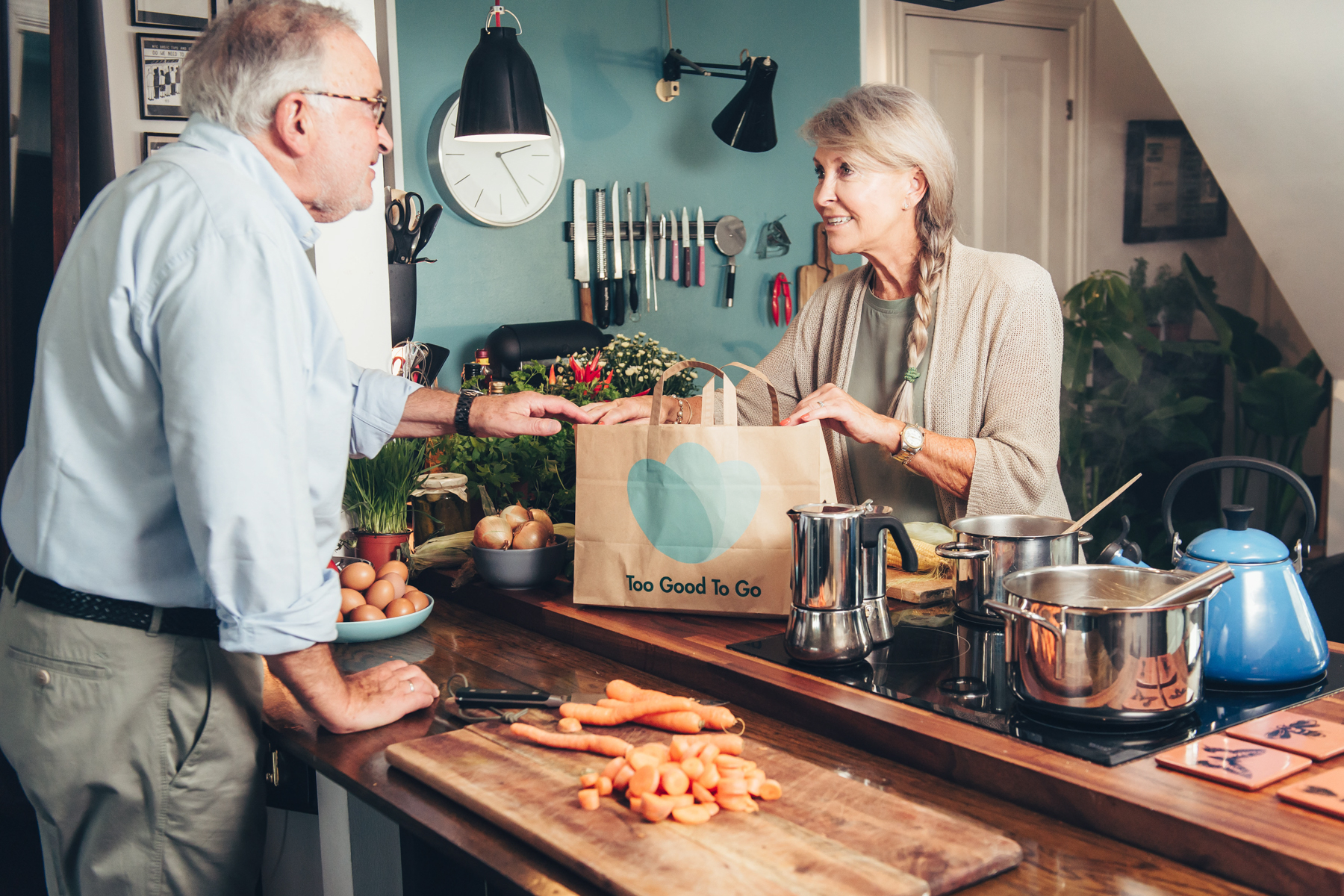 32 million people are using the app worldwide; 2.1 million of them are in Denmark.

Too Good To Go is effectively using technology to connect people to the right place at the right time, helping users save money and reduce food waste. It aims to save 65 million meals worldwide in 2021.

For the past four years, it has sold products that supermarkets can no longer sell, because of mislabelled or damaged packaging, or items past the “best before date.”

People are often hesitant to buy items that have passed the sell-by date, though in many cases they are still edible and safe to consume. 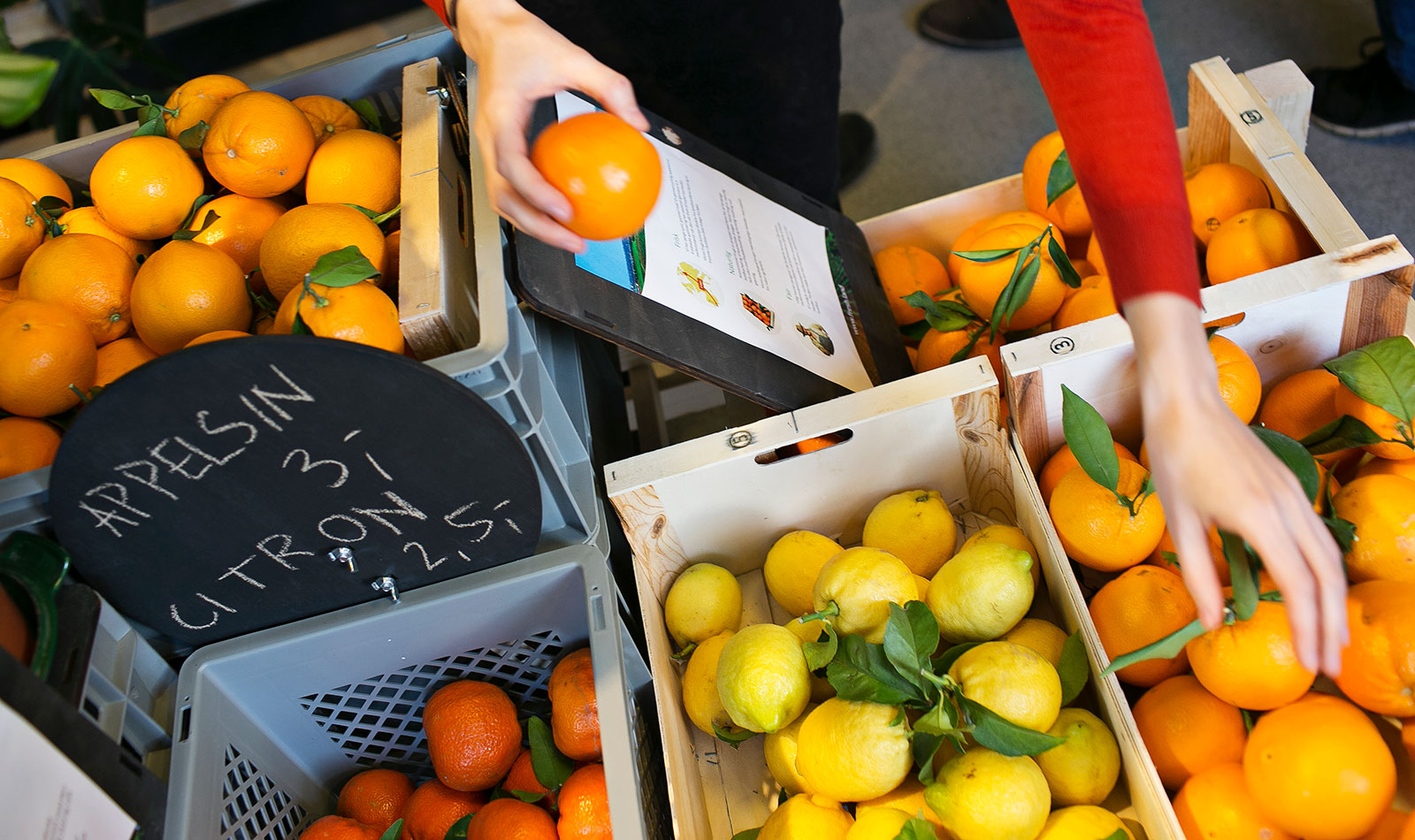 Products at WeFood vary by what the supermarket is able to secure through donations. All items are sold at a reduced rate and profit is reinvested into social projects.

There are three locations in Copenhagen and three in additional Danish cities.

The Stop Wasting Food movement launched in 2008. It has been a leading lobbying group, encouraging large chain supermarkets to change their methods and influencing national and global policy on food waste reduction.

She has published 39 national and international books and publications on food waste – and her latest award-winning cookbook, Mad Med Respekt (Food with Respect), was co-authored with HRH Princess Marie of Denmark. 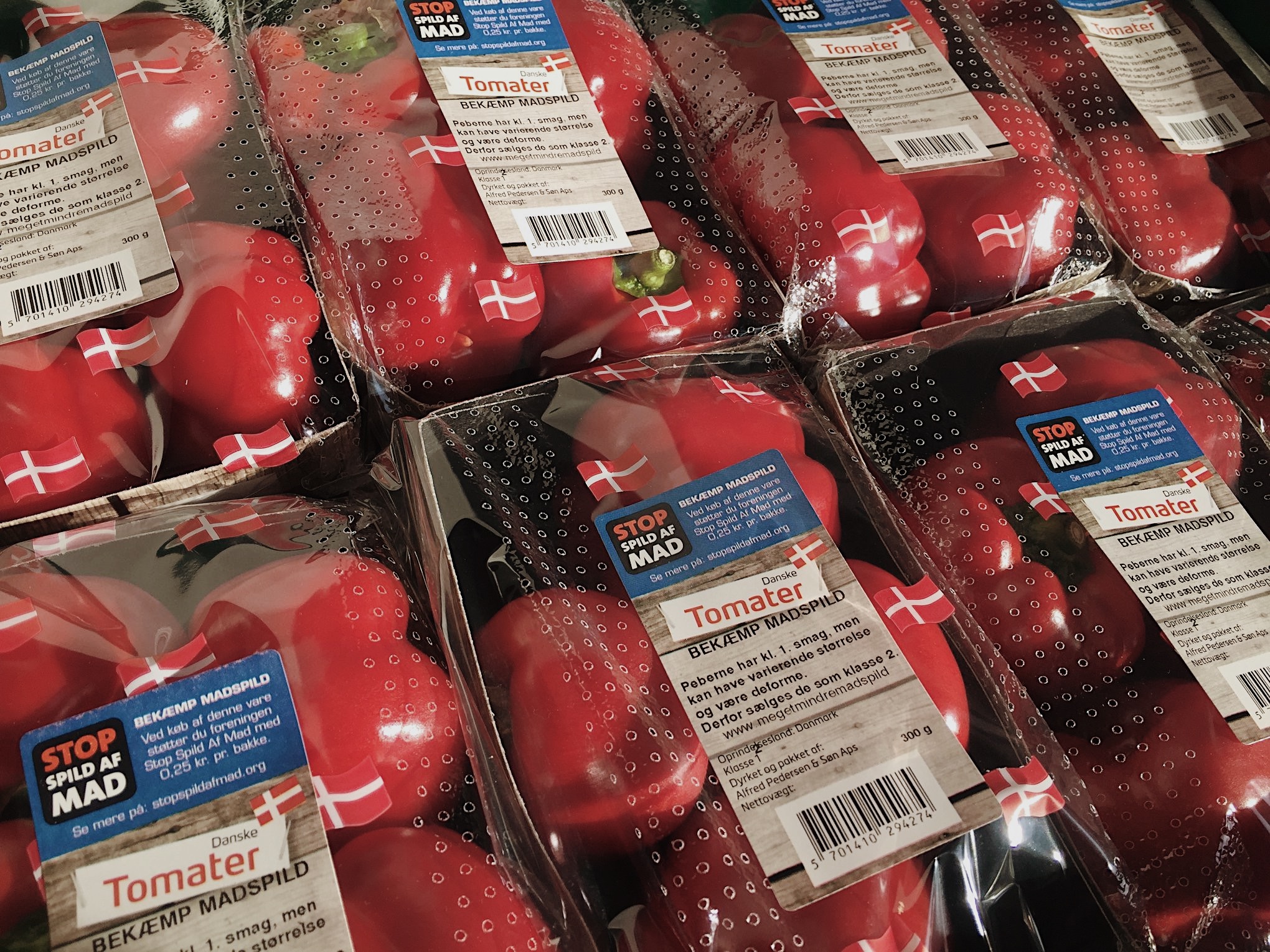 Today, they are one of the largest non-profits fighting against food waste in Denmark, collaborating with the government, the European Union, and the United Nations.

Since 2020, the 98 Danish municipalities are required to follow common recycling rules, where all inhabitants and companies must sort waste into ten factions to work towards the ambitious recycling target of 74% of all household waste being recycled by 2024.

This plan includes food waste collection for all. About 90% of Danes live in apartments, a previous deterrent for biodegradable waste disposal.

Local councils are now providing colorful food waste caddies to households and supplying compostable liners to encourage residents to take that extra step downstairs and dispose of their waste responsibly.

Food waste, a valuable supplement in manure-based biogas plants, will be reused and distributed as a fertiliser.

These programs and companies fighting against food waste have been brewing since 2016, and what’s apparent is that they are only gaining momentum with both policymakers and people in their daily lives. People are creating easy solutions to reduce food waste, and it then requires that individuals implement these solutions into their daily lives. With forward-thinking like these apps, programs, and organizations, it’s never been easier to make food waste reduction a part of every day waste management in the home, offices, and in public spaces.

Want to know more about food waste reduction and sustainability in Denmark? Find out about technological innovation, sustainable fish suppliers, and the Danish recyling program.