Swedes have an inherent sense of style, it’s undeniable. With a history of quality and clean design, an eye for vintage, and an appreciation of delicious denim, it’s easy to build an effortlessly cool outfit. Versatile and timeless.

Swedish design has traveled across the globe, with household names like H&M and Acne dominating most high streets and fashion weeks.

But there’s so much more to Swedish fashion than H&M and Acne – though they’re a great place to start.

To dress like a Swede, you must first consider how to live like a Swede. Located in the most northern part of Europe, there are parts of Sweden that see snow year-round. While the same can’t be said for the capital, the need to dress seasonally (read: for the cold) and still ride a bike impacts Swedish sartorial sensibilities.

Invest in quality. Have you tried to get through a Nordic winter in a poly-blend jumper? There’s a reason Swedes tend to look expensive, and it’s because one well-made wool jumper is worth 100 throwaway pieces once the snow starts.

Dress functionally. Swedes, lovers of green energy, tend to cycle. The cities are perfectly built for it, from flat landscapes to ample cycle lanes, so the outfits must be too.

Douse yourself in denim. The country is home to multiple denim brands, and it’s safe to say that Sweden does denim better than any other Nordic country. Embrace every wash of blue and black, ranging from a rigid raw right through to the velvety stretch.

Layer up! The winters are harsh and the summers are long, but it’s best to be prepared for a drop (or rise) in temperature at any moment. Thermal bases, a variety of knit weights, and excellent outerwear are key.

Lean into pre-loved. Flea markets are a way of life in Scandinavia and Sweden is no exception, but where the Swedes have an advantage is their thrift shop culture. Institutions like Myrorna throughout the country keep Swedish style eclectic, so double down on your hand-me-downs and get thrifting.

An easy outfit to throw on when the mornings are pitch black is a coping mechanism, so minimalism rules. Perhaps counterintuitively, given this lack of sunshine, Swedes also enjoy a black and white (and occasionally gray) color pallet.

This doesn’t mean outfits are completely devoid of color, but when black jeans, black leather jackets, and white converse are a universal staple of Swedish wardrobes, it’s easy to end up taking sartorial inspiration from a panda.

Despite originating one of the biggest producers of fast fashion, Sweden has an excellent relationship with sustainable fashion. The independent research body, Mistra, based in Stockholm, invests in “solving key environmental problems and promoting Sweden’s future competitiveness.” From 2011 – 2019, Mistra ran the Mistra Future Fashion research project, the findings of which have been instrumental in discussions about the fashion industry’s impact.

Whether by osmosis or conscious design, the guiding principles of Swedish style – quality, longevity, recycling – make their way into Swedish design. As is the case universally, some brands simply choose to greenwash rather than do the hard work, but there are plenty of Swedish brands pushing the industry in the right direction, like menswear brand ASKET, Swedish Stockings, and Nudie Jeans.

In July 2019, the Swedish Fashion Council announced it would be canceling all further Stockholm Fashion Weeks. The move came as little surprise, as the Copenhagen institution has often taken top billing when it comes to Scandinavian presentations. At the time of the announcement, the council said it plans to set up a new model and format in place of its traditional fashion week.

Since then, it has launched Fashion X – a new platform to help further the “transformation of the fashion industry.” The non-profit acts as an open-source information and resource-sharing platform – not too dissimilar to Global Fashion Agenda.

Swedish street style has been featured in major publications such as Vogue, Man Repeller, and W magazine – to name but a few. It has captured the attention of an international audience due to its effortlessly cool and relaxed style.

The US might be the birthplace of the classic 5-pocket jean, and Japan of artisanal weaving, but Sweden has its own spot in the denim hall of fame.

“What we do well here is dark, clean denim, because that suits the dark winter climate; it’s less expressive of itself and more about your relationship with a pair of jeans and how they age. It is fashion, but a slower kind of fashion,’ explains Maria Erixon Levin, former head designer of Lee Jeans and co-founder and owner of Nudie Jeans, one of the biggest denim brands to come out of Sweden in the past 10 years.

Hardly surprising that the Swedes are so denim orientated then, when they naturally gravitate to classic, well-made, quality items with a long life.

Most probably account denim’s popularity in the country to Acne Studios, who started out exclusively selling jeans, but Sweden’s history with the indigo cotton goes further back. In 1966, pioneering brand Gul & Blå was formed by Lars Knutsson, starting a jeans explosion for a young market unable to buy Levi’s or Lee Jeans from the US. At their phenomenally popular Stockholm shop, queues and sales of 1,000 pairs a day were not unusual, particularly for the signature wide-legged jeans. 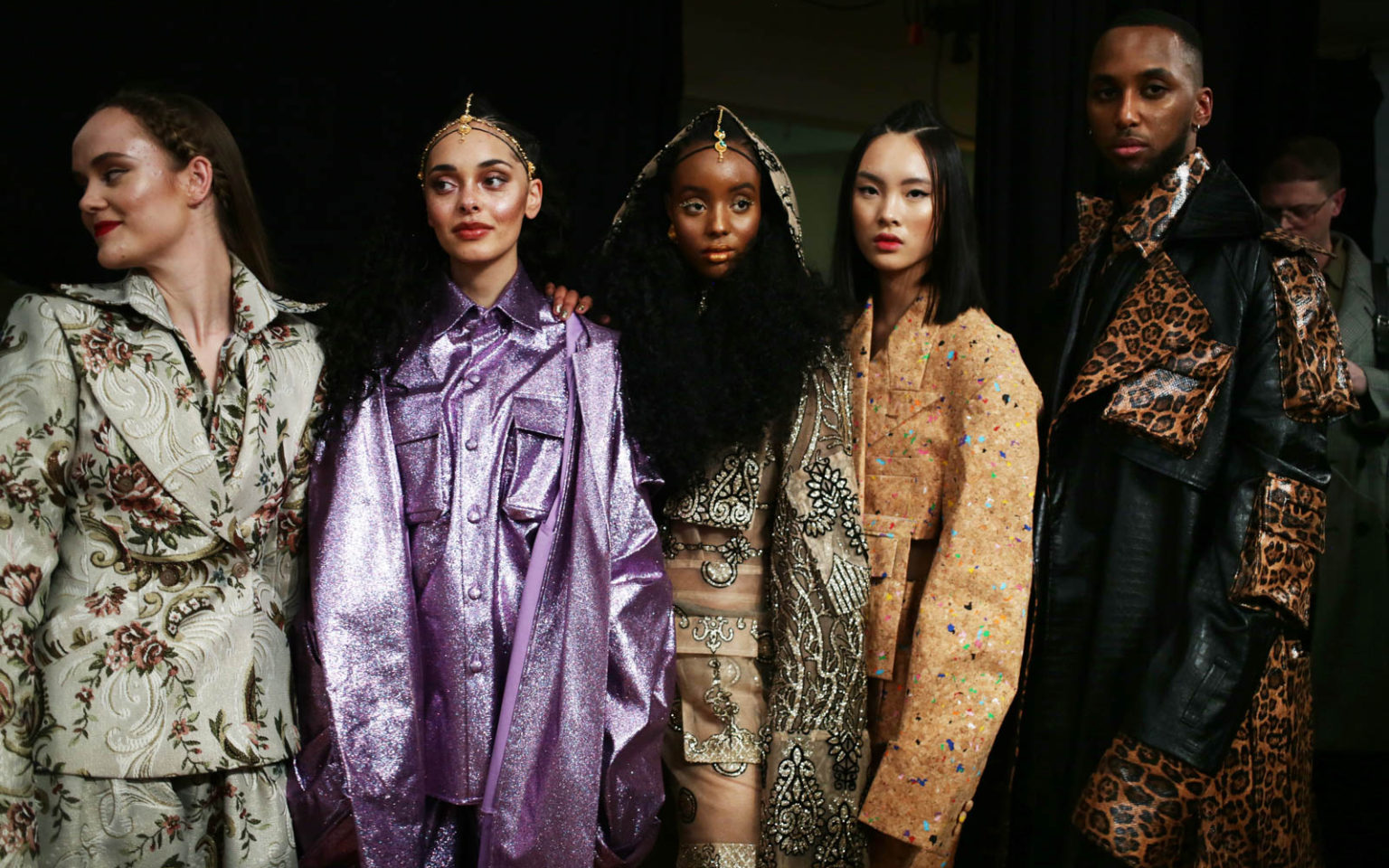 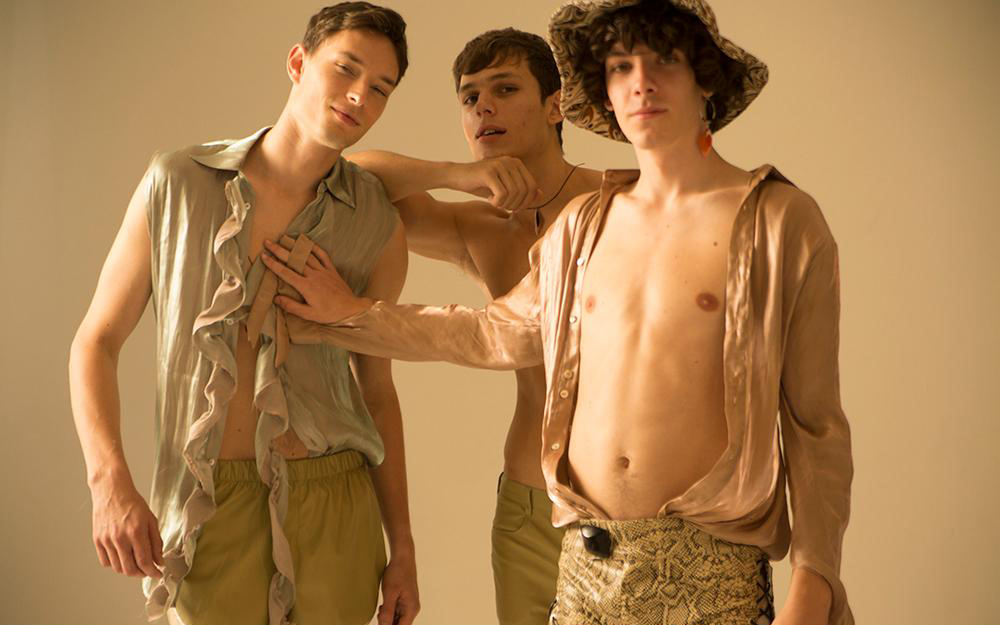 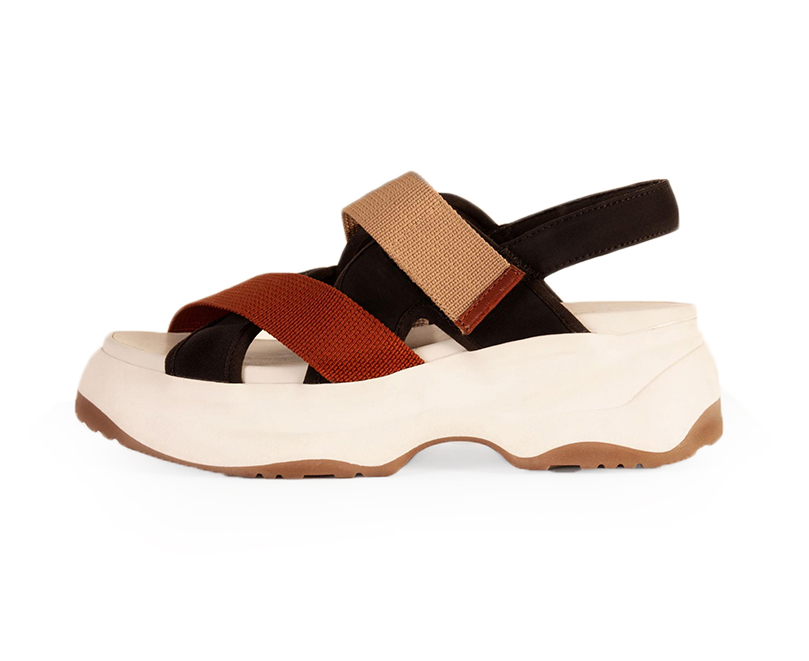 Sweden has struggled to keep its homegrown talent actually at home, as major label Acne would often show at Paris Fashion Week and the country’s mid-weight designers would cross the bridge to show in Copenhagen. Although Swedish brands are beloved around the world, since the dissolution of its fashion week and the launch of Fashion X, some questions have been asked around its relevancy as a high-fashion power.

Given that it is home to multiple, enormous fast-fashion brands, it’s undeniable that Swedish fashion is an important country in terms of the globalization of fashion and rethinking damaging structures, but Sweden could have more influence if it joined forces with other Scandinavian fashion powers – rather than trying to carve out a new identity in an already saturated market. 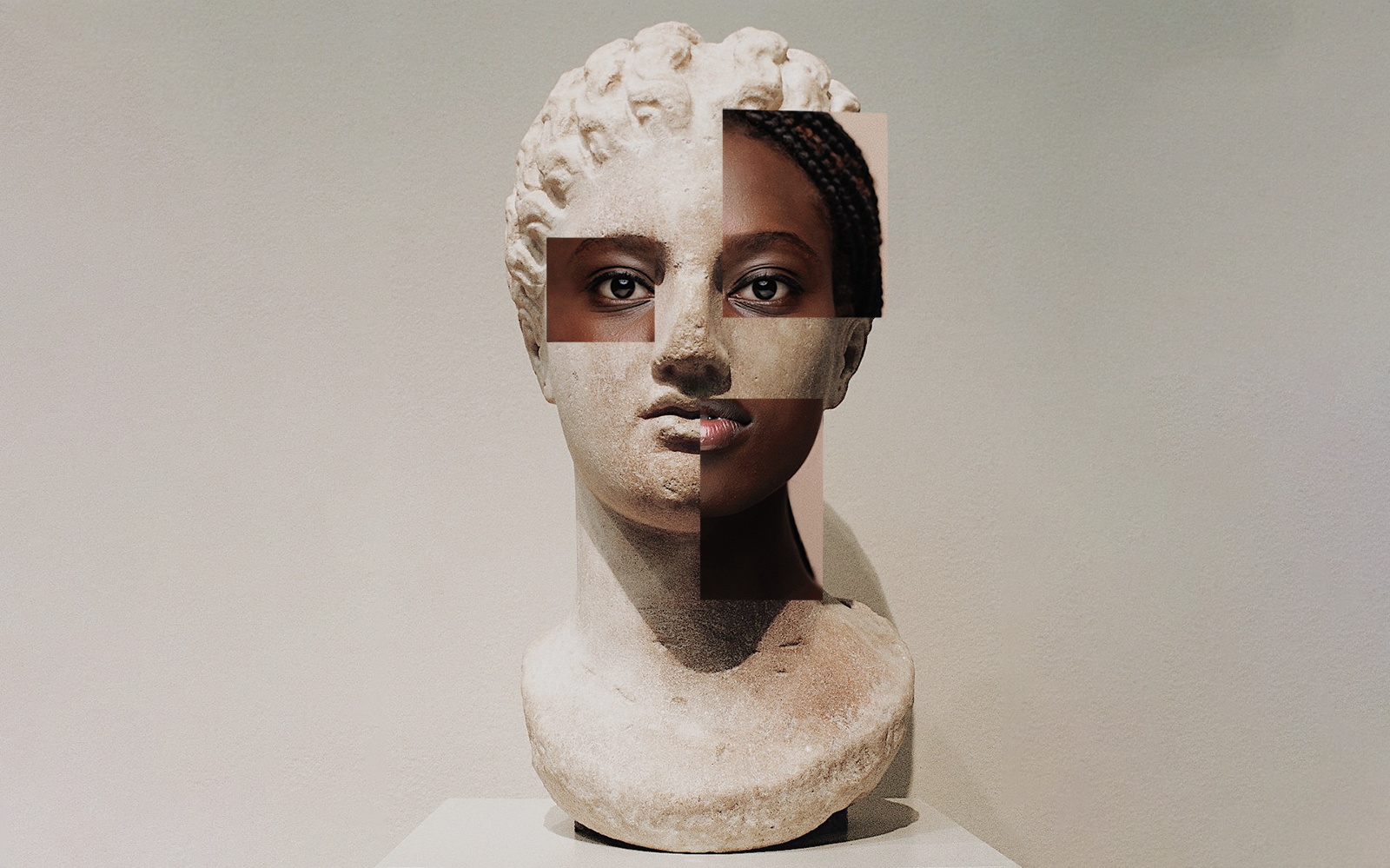 How Swedish fashion differs from other Scandi countries?

Undoubtedly, the Swedes’ embrace and eye for quality, stylish denim helps them to stand out from the Scandinavian crowd.

Their super-slick minimalism doesn’t contain the same irreverent playfulness you could expect to find in Denmark.

Although it is highly functional, Swedish fashion doesn’t center around technical clothing in the same capacity as Norwegian fashion.

Swedish fashion is more known on the highstreet than any other Scandinavian brand.