One true thing I (now) know about Roskilde Festival is that is it entirely possible to enjoy it while seven months pregnant. There’s more maneuvering and water-breaks, 100% less alcohol and a near-paranoid level of smoke avoidance, but it’s possible! It’s even possible when it’s humid, raining, and your bedtime is approximately 9 pm on a good day.

Pregnant ladies need to rage too, perhaps even more than when we’re not pregnant. I’m pretty stoked on the fact that I’ll get to tell my son his first Roskilde was when he was negative two months old (I’m not like a regular mom, etc…). But what will be his fetal legacy?

Roskilde Festival isn’t always great at providing a race & sex-balanced line-up, and 2016 was no different. This year’s theme was “equality;” it’s a great theme but it seems like the booking manager may not have know about it in advance, which probably would have made things easier in creating a more “equal” roster.

The theme played out more-so in the artwork around the festival, which included VIP food & drink stations for bottle-collectors, a group of workers who often aren’t treated well at Roskilde (or elsewhere). While that is a lovely idea, it was unclear whether these lounges were one-off installations or would be a permanent fixture at the festival from now on. If it’s the former, then…that’s nice, dear. If it’s the latter, then, excellent! Those bottle collectors work hard and deserve somewhere to put their feet up, not just this year but every year.

Aside from impending child birth and a healthy dose of political skepticism, there were many bright spots at this year’s festival.

Here’s what happened at Roskilde Festival 2016:

Wednesday can be a throw-away day for a lot of people; you’re just figuring out/remembering where the stages are, you haven’t actually looked at the schedule yet and there’s already a line for the bathroom. But this Wednesday fairly rocked. It was Baby’s first Slayer! I can’t say I’m familiar with Slayer’s whole body of work, but I’ver certainly listened to them occasionally over the years and, shit, they killed. One thing I will say to guitarist Gary Holt: I know your “Kill the Kardashians” shirt is super subversive, but it’s way more subversive to not know who the Kardashians are. Just something to think about. Sartorial choices aside, this was a great way to headbang our way into the festival feeling. 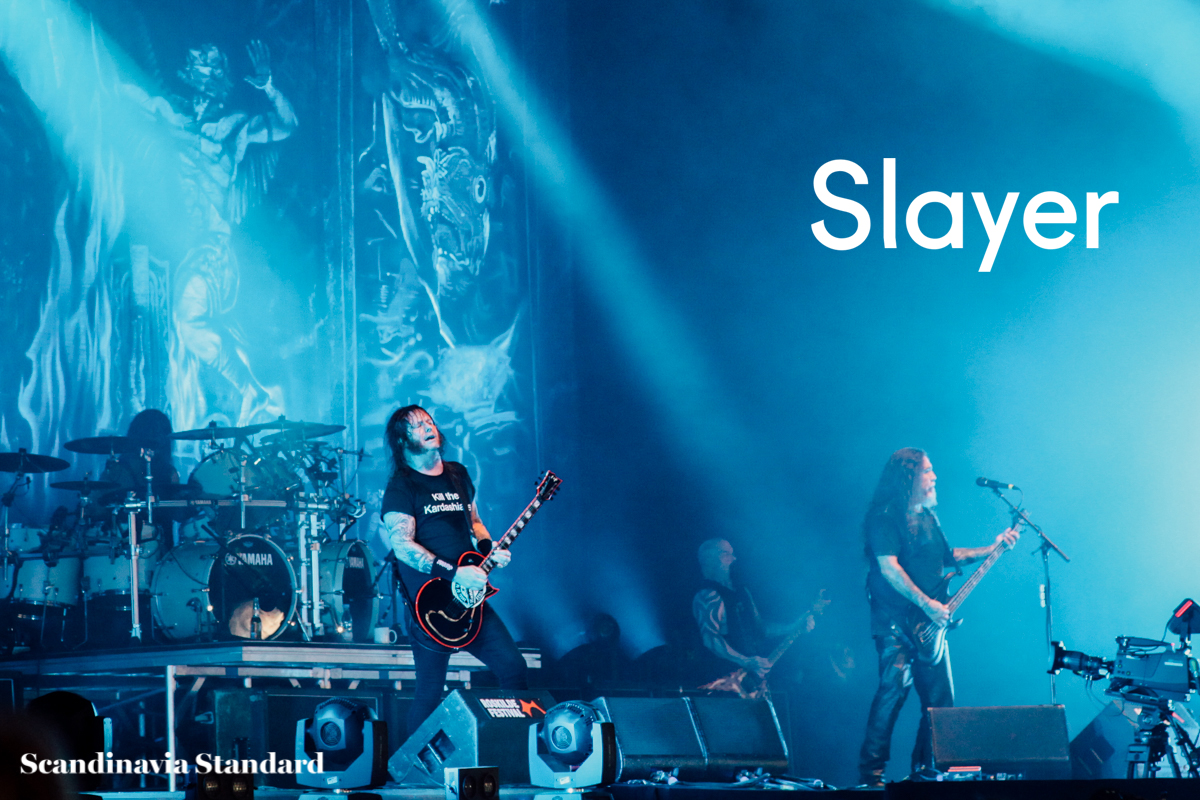 I have long wanted to see Vince Staples and I’ve missed him in Copenhagen a few times, so I was not going to let that happen again. Thank the lord/the Roskilde App I did not, because Vince Staples is not only a fantastic, funny, insightful lyricist, he is a great performer. The way he moves is striking, long arms and arched back, leaning into the mic and then jumping away from it. 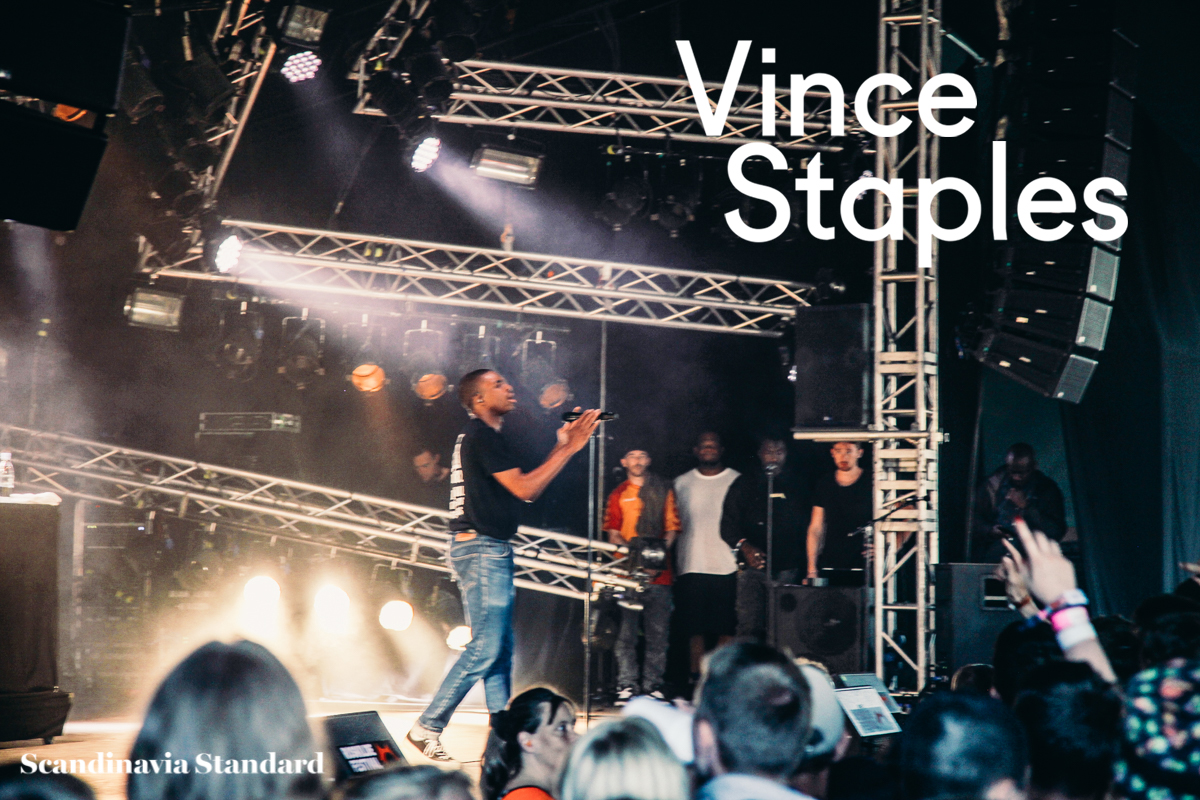 I meant to go to see Swedish singer Anna von Hausswolff. I really did. I love her voice and was excited to see her in the intimate setting of Gloria. I didn’t make it. Sorry.

Oh, we did not see the Red Hot Chili Peppers.

This is the day my uterus became a feminist think-tank. It was all women, all the time on Thursday. I’m kind of bummed this day happened so early, because the rest of the festival seemed a little blah by comparison. We started off strong at Arena stage with Santigold, who is a joy to watch. Her mix of pop, soul and punk is as powerful as it is fun. I’ve been a fan for years but never seen her live and this was a treat. Choir of Young Believers was up next at Apollo and the acoustics weren’t great, so the sound was a little bland. Frontman Jannis Noya Makrigiannis has a unique voice and I wish it had been easier to hear. 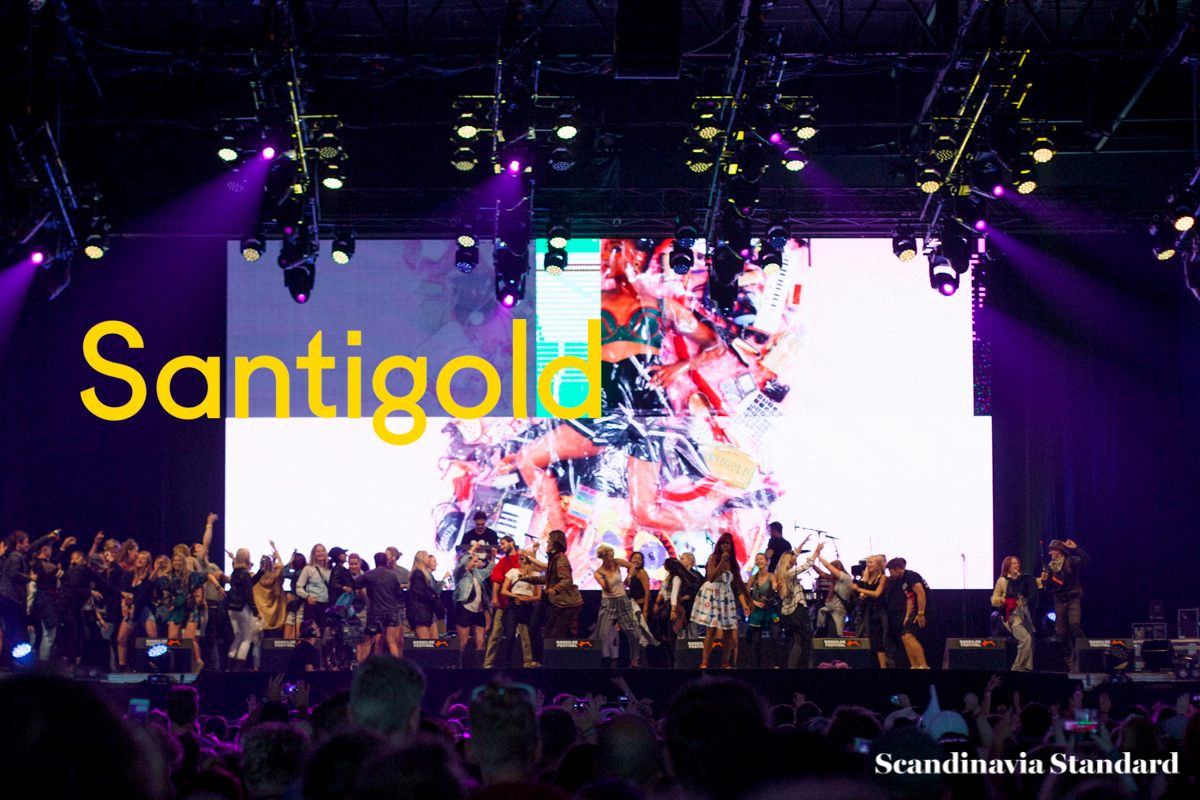 Lucky for us, sound was no problem at Arena with Grimes. Grimes’s onstage presence feels like a regular person turned up to 11. She’s on fast-forward. Her energy is infectious, but she’s also an incredibly acrobatic performer who understands deeply how the crowd connects with her music. I loved every second of her concert and danced the whole time. Baby was impressed too, giving a few well-placed kicks to mark his appreciation (or desire to leave my womb and dance. Soon, my man!) 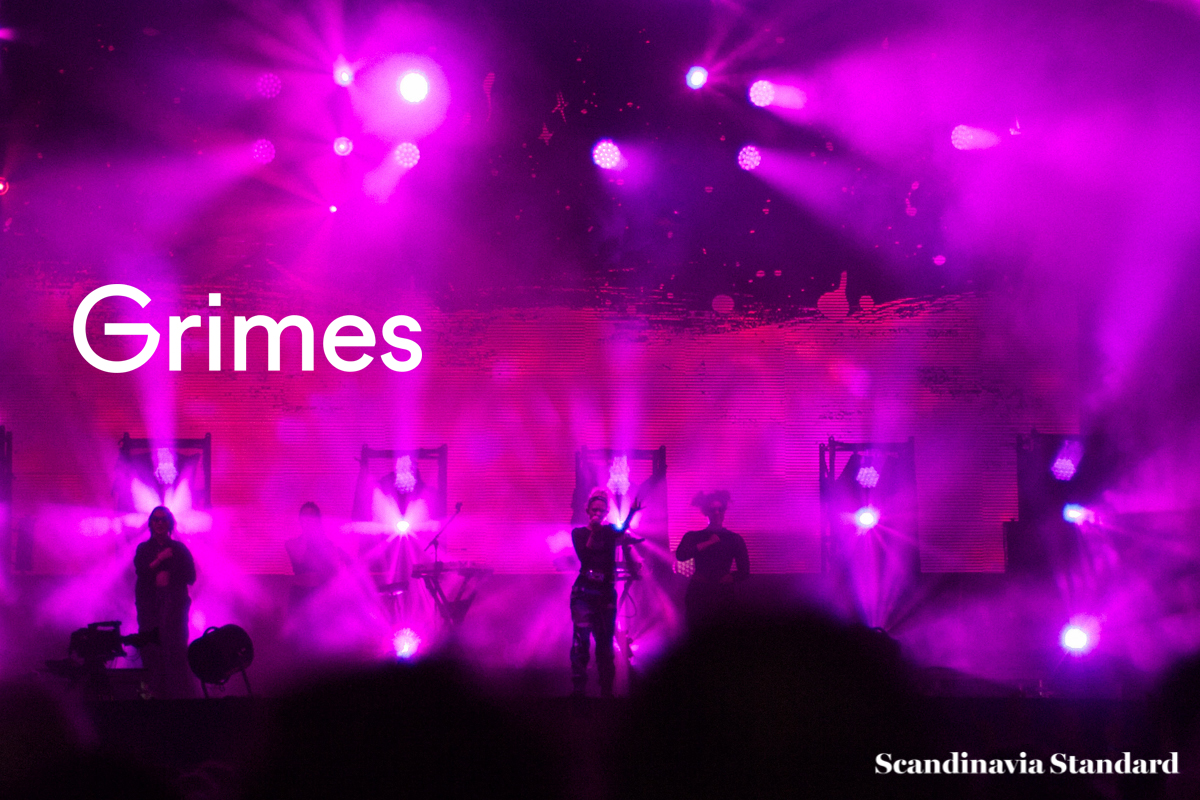 I had never heard of Courtney Barnett, the Australian rocker who performed at Avalon, but I’m so glad I listened to the multiple recommendations from friends and went to her show. Her songs are witty and self-deprecating with a very Blonde on Blonde sound.

Finally it was time for PJ Harvey. I don’t think I can say anything about this performance that Politiken and everyone else hasn’t said (well, I guess I could say it in English). What an incredible musician, lyricist, performer, human. Her show was theatrical not because of the addition of lighting or dancers or anything performative; it was a gift from Harvey and those on stage to those watching, given consciously and generously. It was, without a doubt, the best concert of the festival.

The Roskilde gods were not kind, though, because they double-booked PJ Harvey and Blood Orange, who also gave a wonderful show. Last of the night was a high-energy, charming show from Churches, to round out the list of women artists who I would like to be my friend/muse.

Friday started out cold and rainy, which meant that everyone was in a bad mood. The press room vibe was not great. A lot of bleary-eyed professionals hunched over computers or laden with camera equipment, sipping large cups of coffee and checking their phones to figure out how late they could leave for a show and still get there on time.

Liss is an up-and-coming Danish band. “They were excellent,” Freya tells me, “For an early show it’s impressive how many people were there really getting into it.” Foals played at Orange stage, which seemed like a weird place for them; it’s not really stadium music. Nevertheless, the sound was good, even in the pouring rain. The lead singer has a strong voice live and the band played well. But I just…wasn’t impressed. There was something too put-on about the performance that I couldn’t get behind. And I like the Foals’ music! So who knows, maybe I was just in a bad mood, but isn’t that what good music is supposed to cure? UK-based grime favorite Stormzy gave an excellent show at Apollo, a strange stage-atea that seems like a Colleseum-themed nightclub at which all the walls have fallen down. 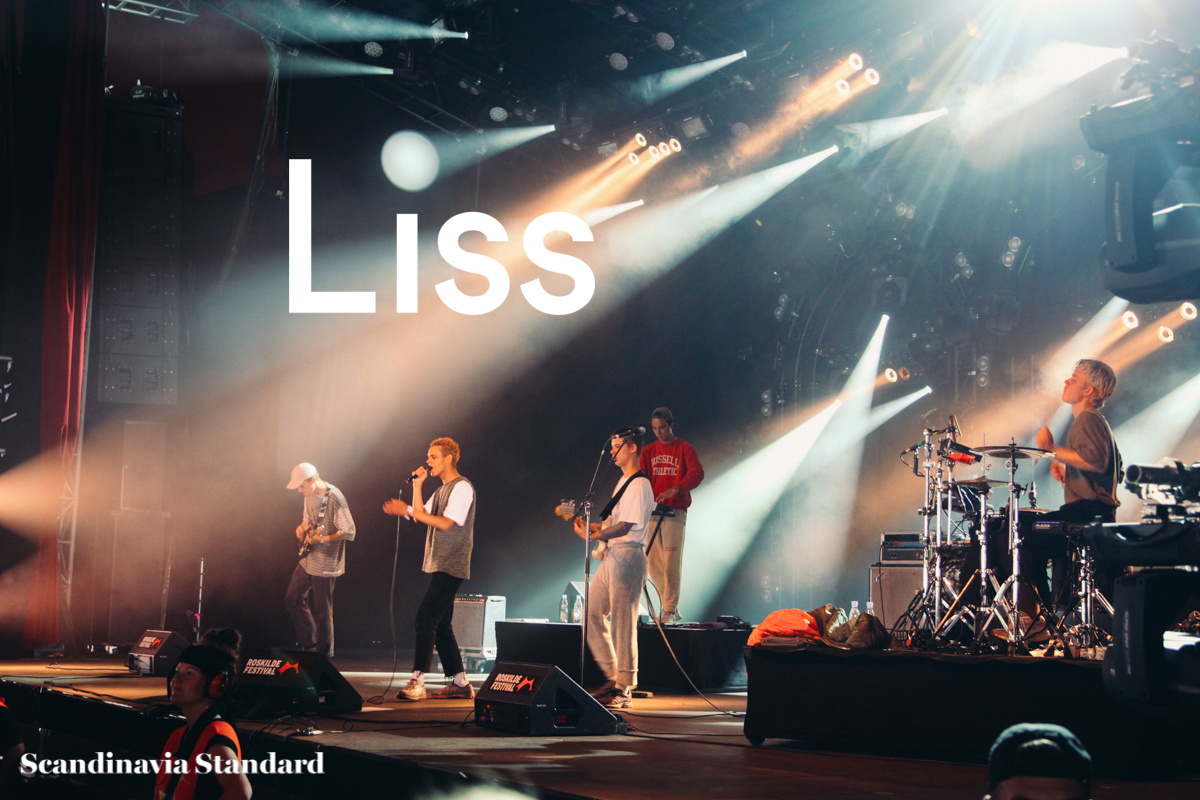 Talk about not putting on a performance; Neil Young gets on stage and shreds. The Mac DeMarco show boasted the most buckets hats of the entire festival. On that front, I don’t regret missing it, but his performance was none-the-less: “Outstanding. He’s a witty, slightly cheeky performer.” 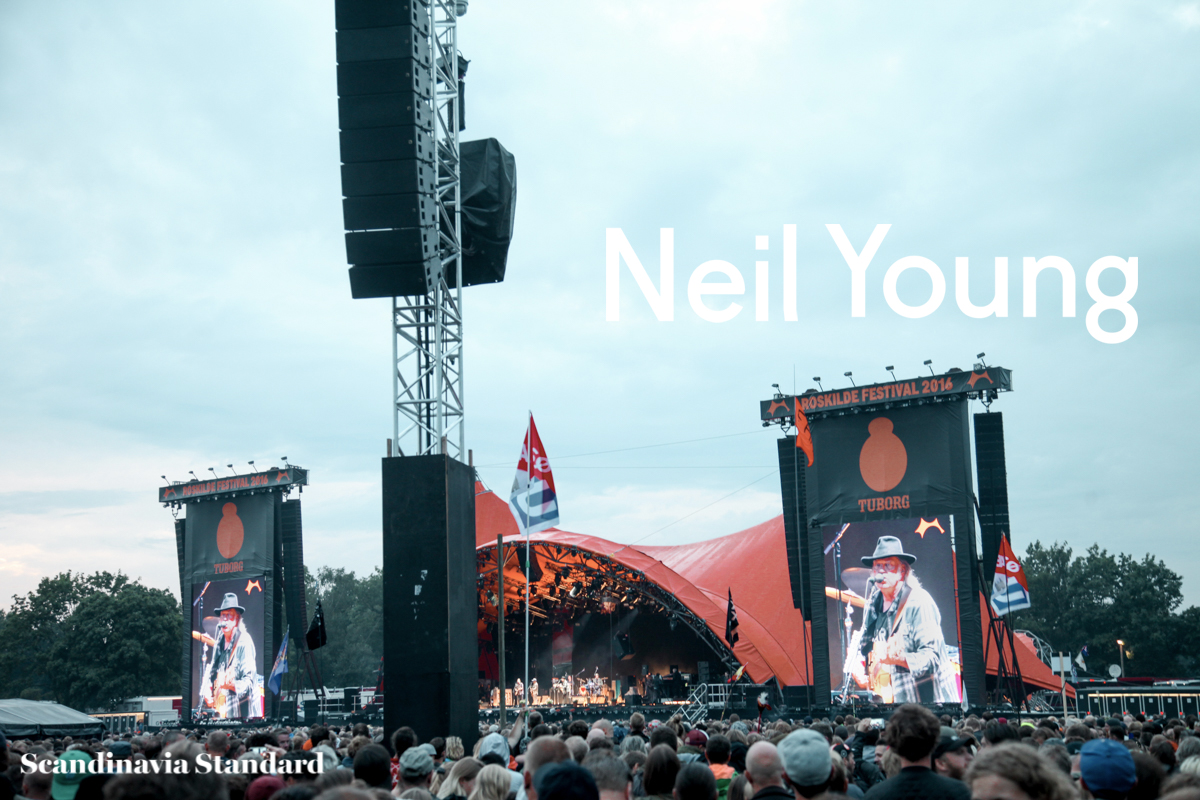 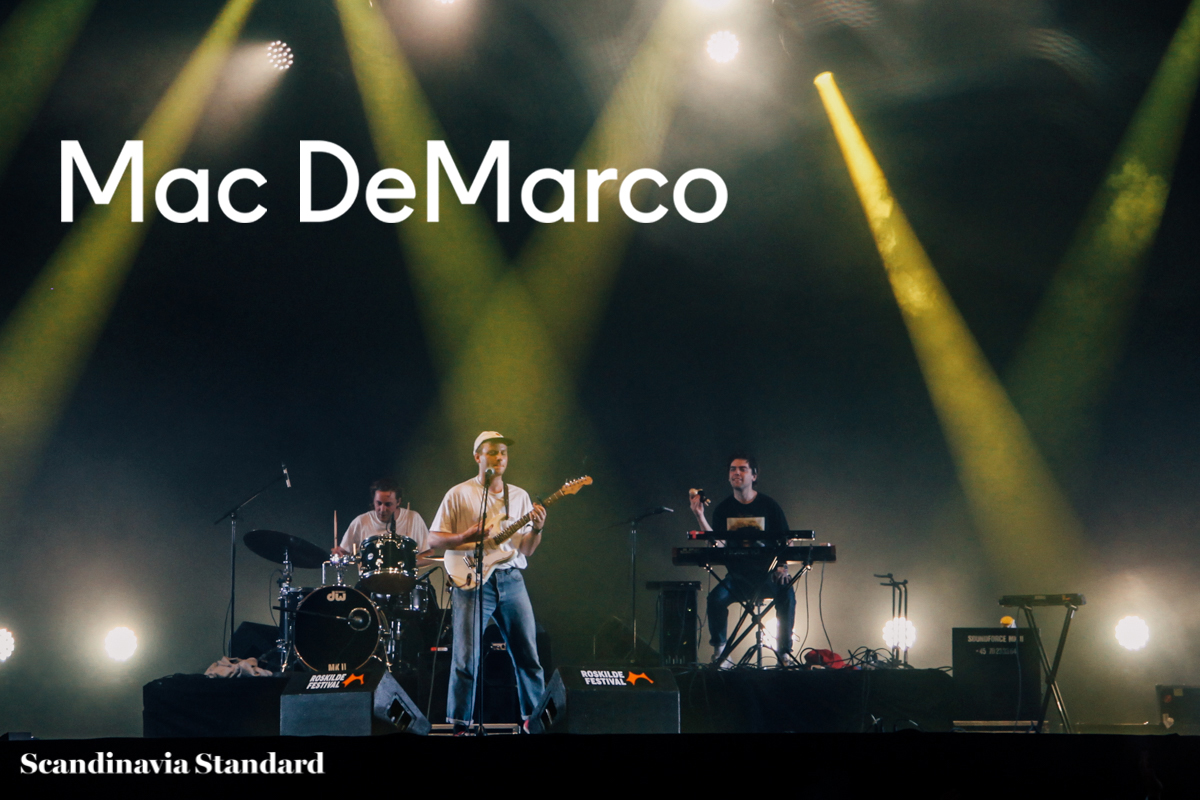 The Tame Impala show was fantastic; they were one of the bands I was most excited to see and they did not disappoint. They strike me as a workhorse-type band: they come, they play, they go on their way. Not much talking in between. Most importantly, none of their huge, psychedelic sound gets lost on stage, which is an accomplishment. Another double-booking bummer was that Peaches overlapped with Tame Impala, which means I missed her show. From all accounts it was as fun and quirky as she is. Sorry I missed you Peaches!

James Blake was on at 2:00. IN THE MORNING. So I did not get to see him. Apparently he was great, though!

The last day of the festival got off to a late start for us because, did I mention, I’m seven months pregnant.

Freya started by hanging around outside Balloon Show Business De Bamako. “I didn’t get a chance to see much of them, but it sounded great from the outskirts!” she explains. We met up at Welsh singer/songwriter Cate Le Bon, a favorite of mine for years. Her deep, powerful voice and dark lyrics don’t lose their edge for her pop-riffs; rather, it adds a winking sharpness to her work. It was such a pleasure to finally see her live. 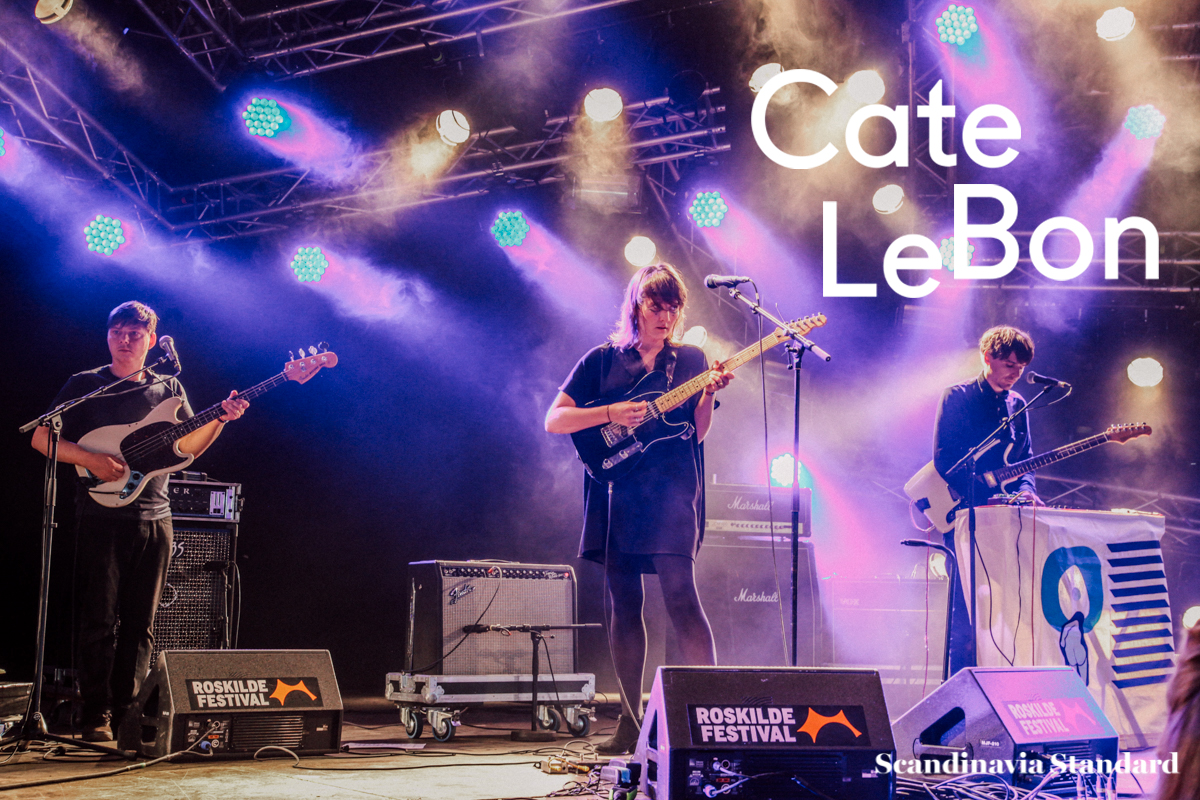 I’m generally into New Order but Freya is a mega-fan and seeing them was a near-spiritual experience. Their light show, the thudding base, the voice of Bernard Sumner; it all sounds as fresh and raw now as it did in 1980, while tinged with the kind of nostalgia that makes you refrain from questioning whether the music is actually any good.

Since Ana Tijoux and MØ were on the same time, Freya and I split the difference, with her going to see MØ at Orange and me seeing Chilean singer Tijoux at Avalon (with a brief stop into Pavillion to see Detroit post-punk rockers Protomartyr). I don’t speak Spanish but Ana Tijoux is a gifted singer/rapper who layers her modern melodies over brass and megaphone sounds. It was a small crowd and everyone was dancing. MØ, who I was sorry to miss, is a mainstay at Danish festivals and rightly so. Her energy and her just-try-not-to-dance beats make for a great concert.

We didn’t get to see Miike Snow or Immortal Technique due to timing, but both are definitely on the “sad we missed it” list. Swedish electro-powerhouse Miike Snow would have upped the dance factor of the day considerably.

The last concert of the night was LCD Soundsystem, which I missed because they went on at 1 am and my feet would no longer carry the weight of my body. Freya, however, danced the night away. LCD Soundsystem was a good band to end for a festival that felt decidedly synth-y in vibe.

It’s harder to attend this festival while heavily pregnant, but festivals are their own weird kind of marathon regardless of any other physical limitations. There’s usually the option of simply enjoying the grounds, but this year’s rain and colder temperatures meant that sitting around outside in the sunshine wasn’t possible. If anything, it proved that Roskilde Festival may focus on a lot of things – food, art, fashion – but what it’s about is the music.

Want to get all (or most) of these artists on one playlist? We’ve made it easy!

Thanks to Stutterheim for keeping us melancholically dry, even outside of Sweden. 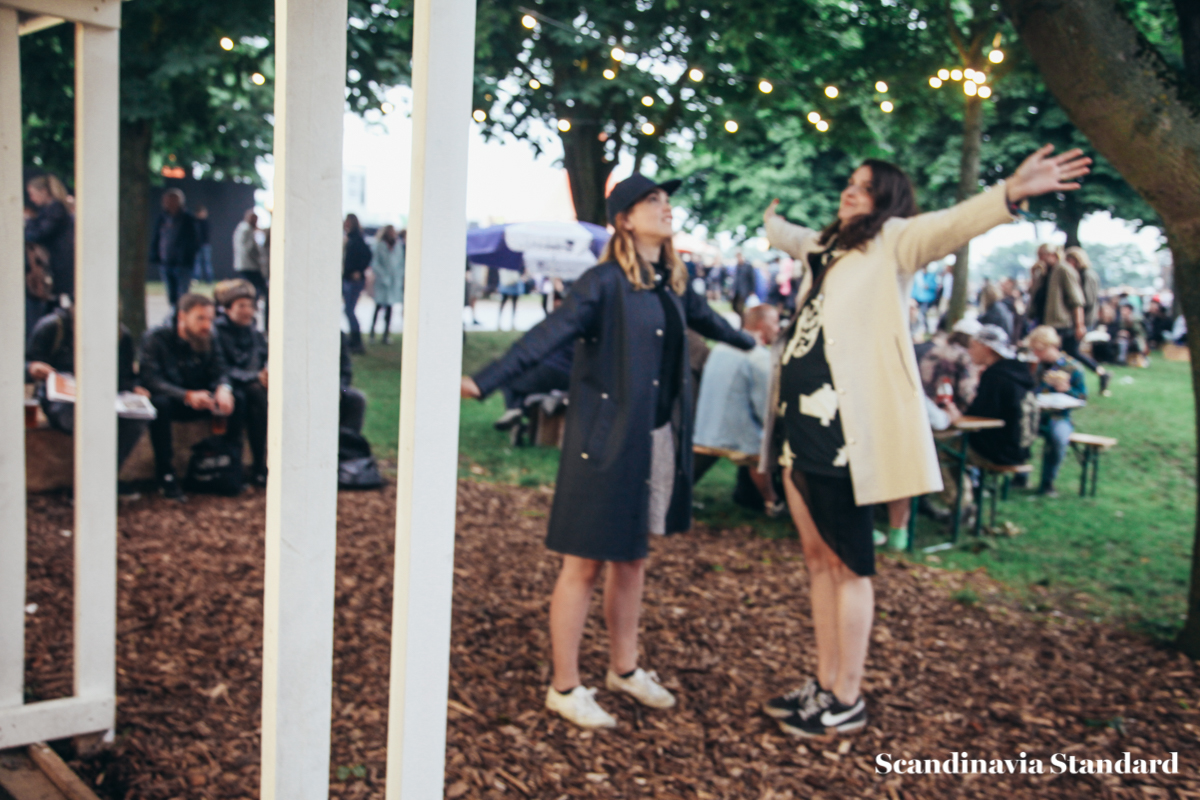 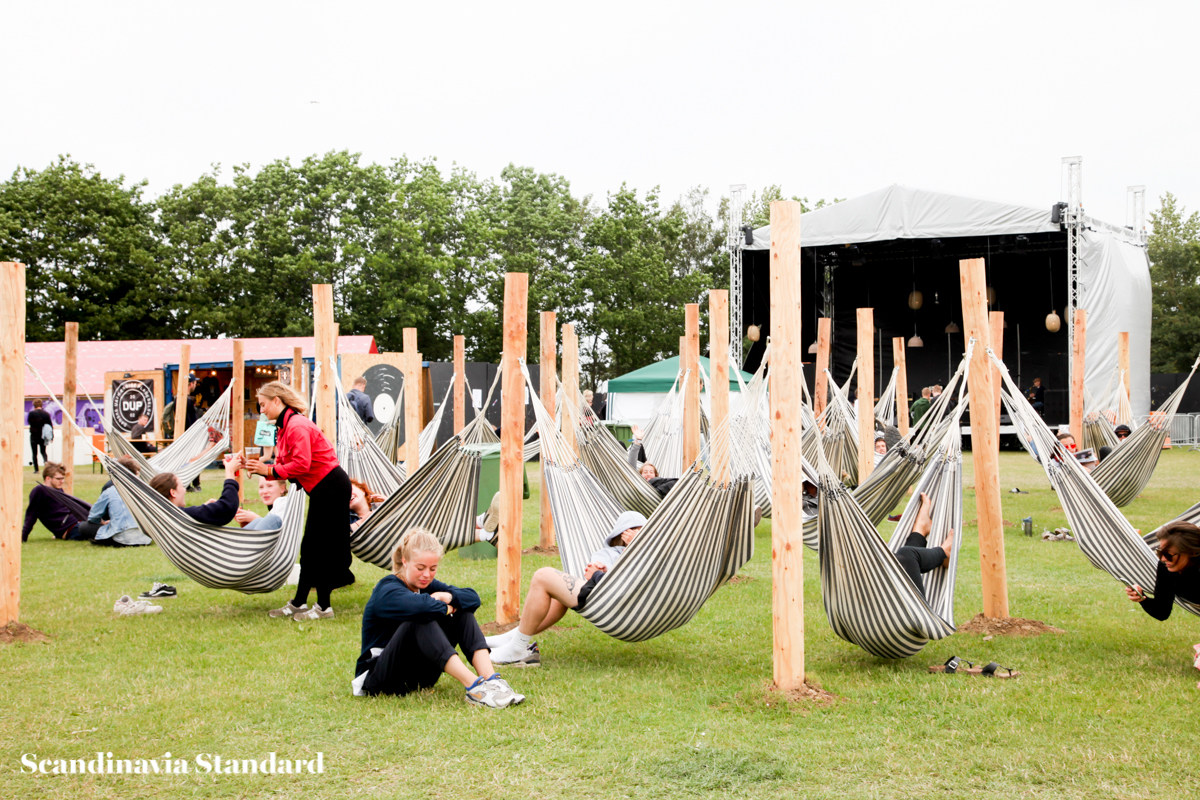 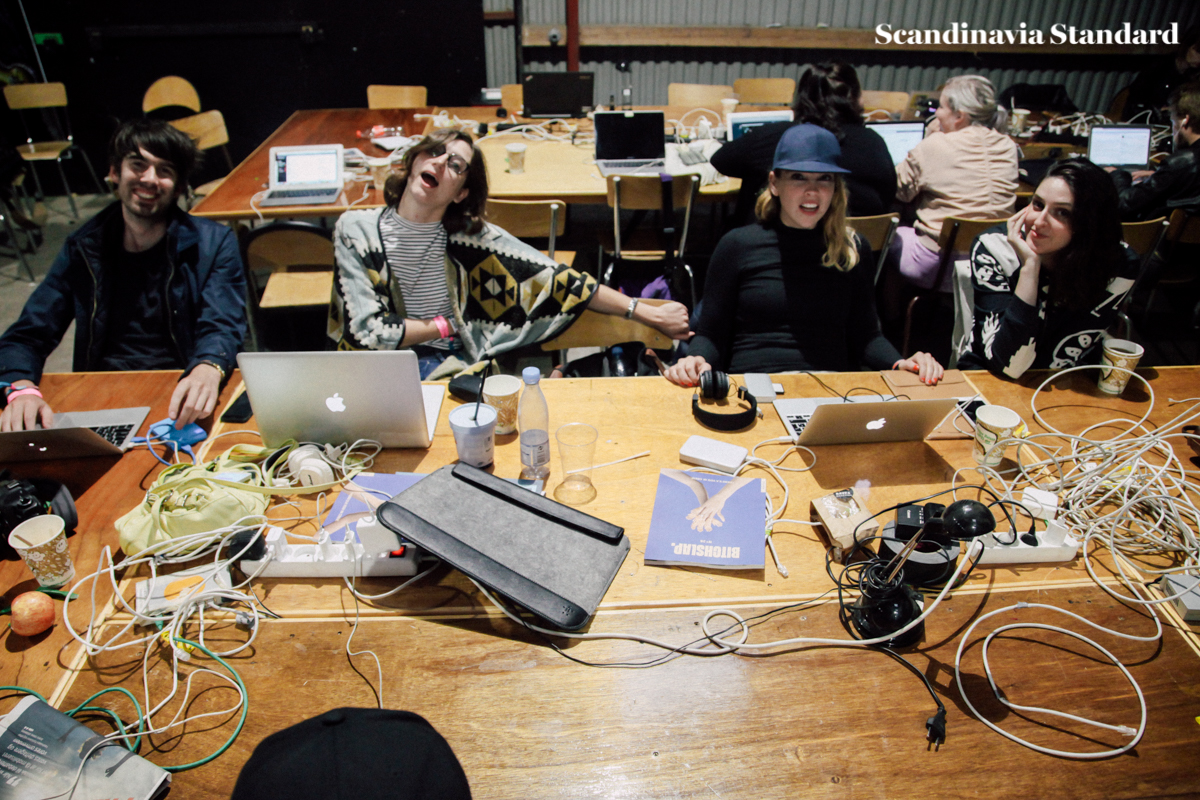 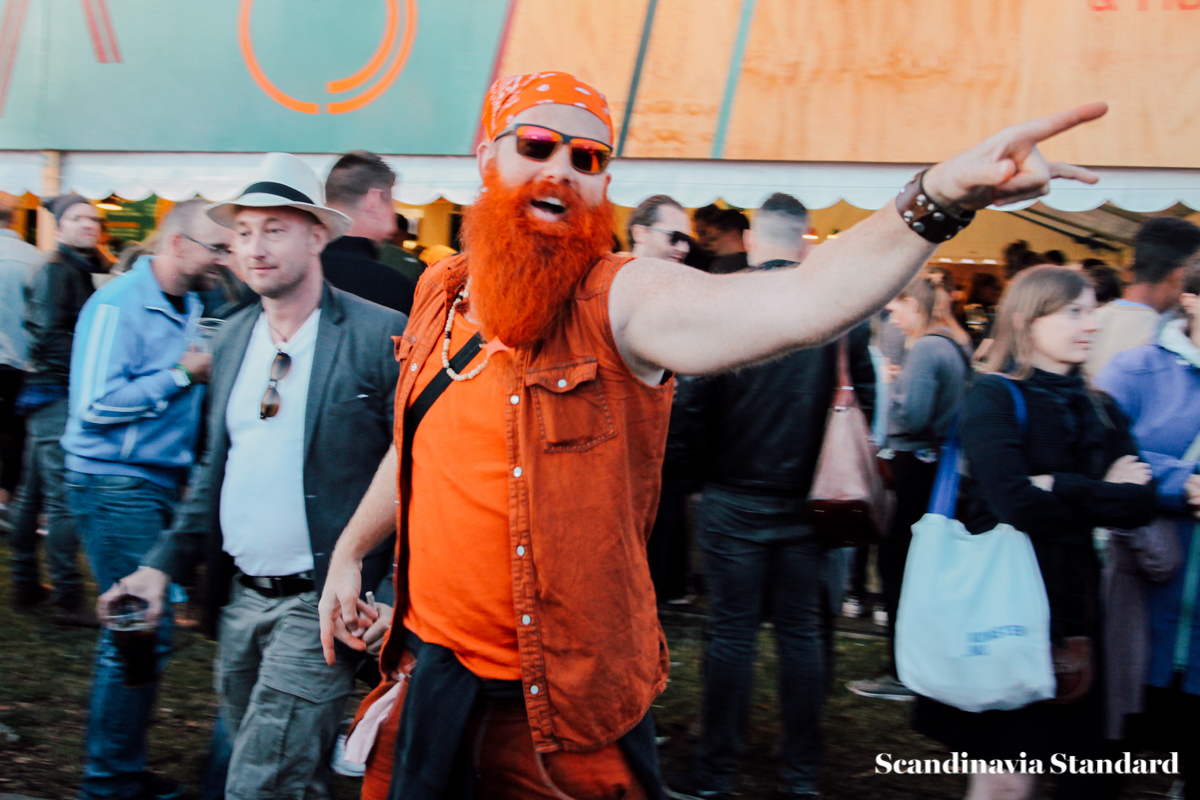 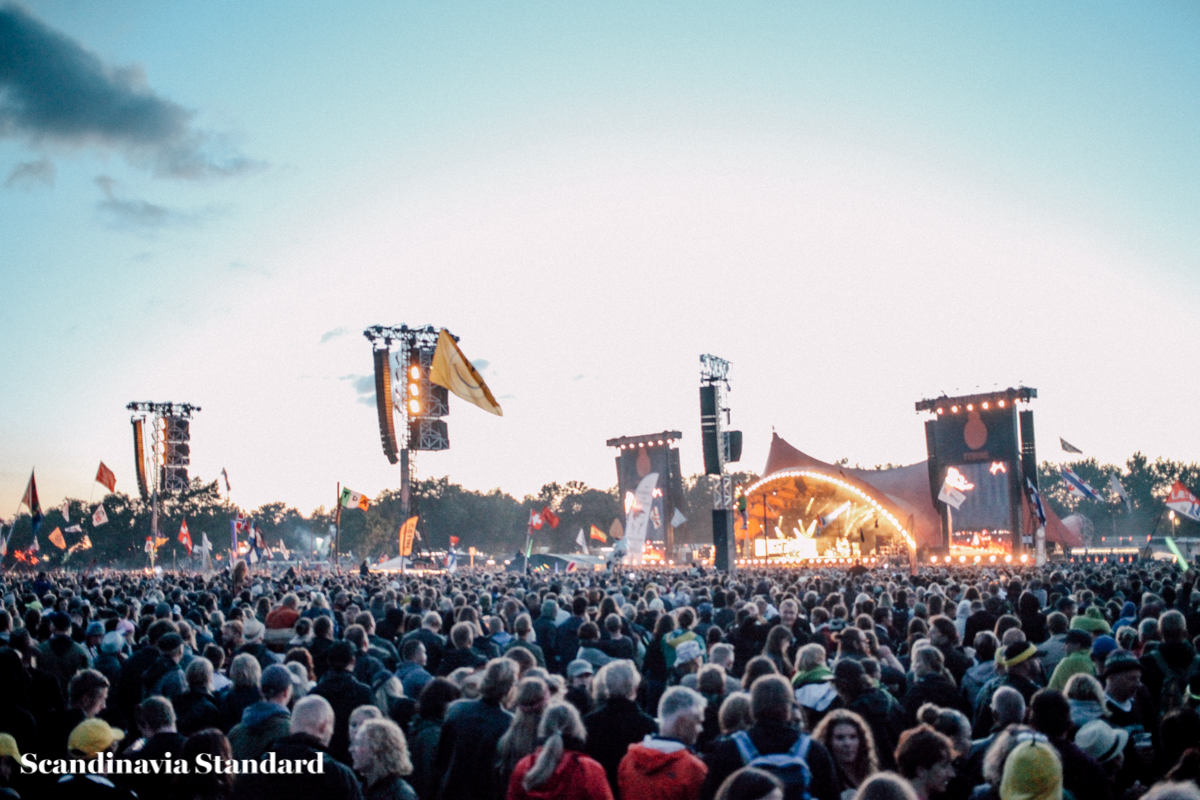 Were you at Roskilde? Wish you could have been? Tell us about it in the comments!