We’ve found a new favorite festival. There are so many reasons that push SPOT festival high in the ranks of Scandinavian music festivals, including:

— It’s a great festival to discover new Scandinavian artists. Less celebrity culture, more great music. The festival is unpretentious, in the sense that you’d bump into artists and normals equally. Danish egalitarian culture at its best!

— The format of the gigs is spontaneous, audience friendly, and all within a small space so you’re not spending all your time walking from concert to concert.

— There are so many events and concerts playing at the same time, artists end up with the option of sharing their music more than once in different formats.

— It’s located in the centre of Aarhus so it remains connected with the Cultural Capital at large.

— Shout out to the SPOT bouncers! Providers of plastic cups and the most trusting people in Denmark. We loved your love. “Do you have any alcohol in your bag?” “I wish,” “Ok, have a great concert!”

What really happened at SPOT? Here’s a rundown of the best acts we heard over the three day festival:

These girls are badass. Even if garage rock isn’t your genre, they’re really good at their craft. Watching them play in the very intimate Double Rainbow stage felt like a garage itself.

The most fucking extraordinary voice in Denmark. Flawless percussion and amazing snyth makes for otherworldly music. We cried during the last song. In unison. You have to listen to it. They are self-proclaimed philosophers to boot. 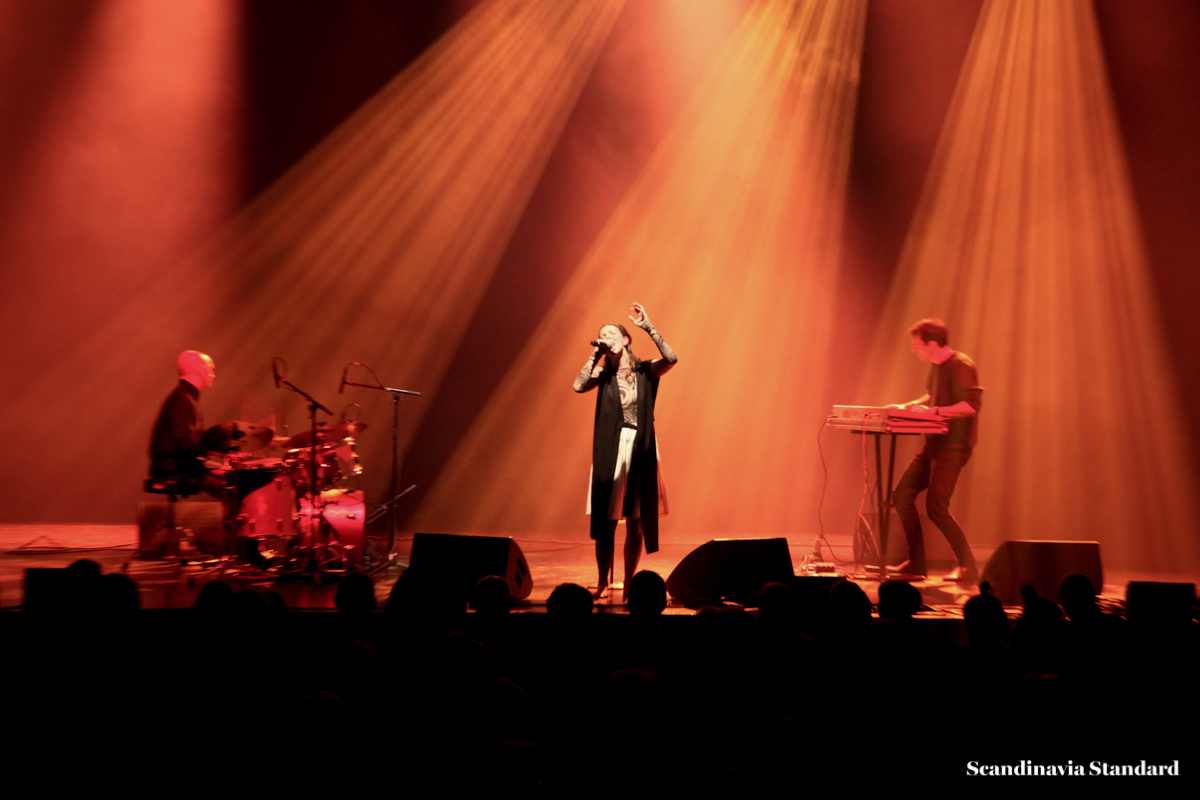 Experimental, nods to Kate Bush and PJ Harvey. The lead singer took on the task of playing what seemed like six different instruments in the same concert. She had phenomenally synched vocals with Lotte, pretty amazing given they couldn’t hear each other during the performance. Really outside of the box. Later we interviewed lead singer Anna Bergvall on the lawns (article coming soon!).

Wow. We’re in love. She’s a great performer with so much positive buzz and it’s contagious. You can also tell she really knows her craft even while smashing that drum pad. Her mate on the guitar was the icing on the cake. Them moves.

Well-known Finnish electronic artist Jaakko Eino Kalevi was hidden in the depths of the program as Man Duo, his newly-named collaboration with his childhood friend Long-Sam. These boys know their beats almost as well and they know how to pull off a turtle neck. The music moved away Jaakko’s usual dreamy pop towards Berlin-influenced electronica. We interviewed the pair, and will be sharing more in the coming weeks.

Just imagine that Niel Young did the Bald Runner soundtrack. Excellent show. We’ve been listening to their new album, Cocooon, on repeat. 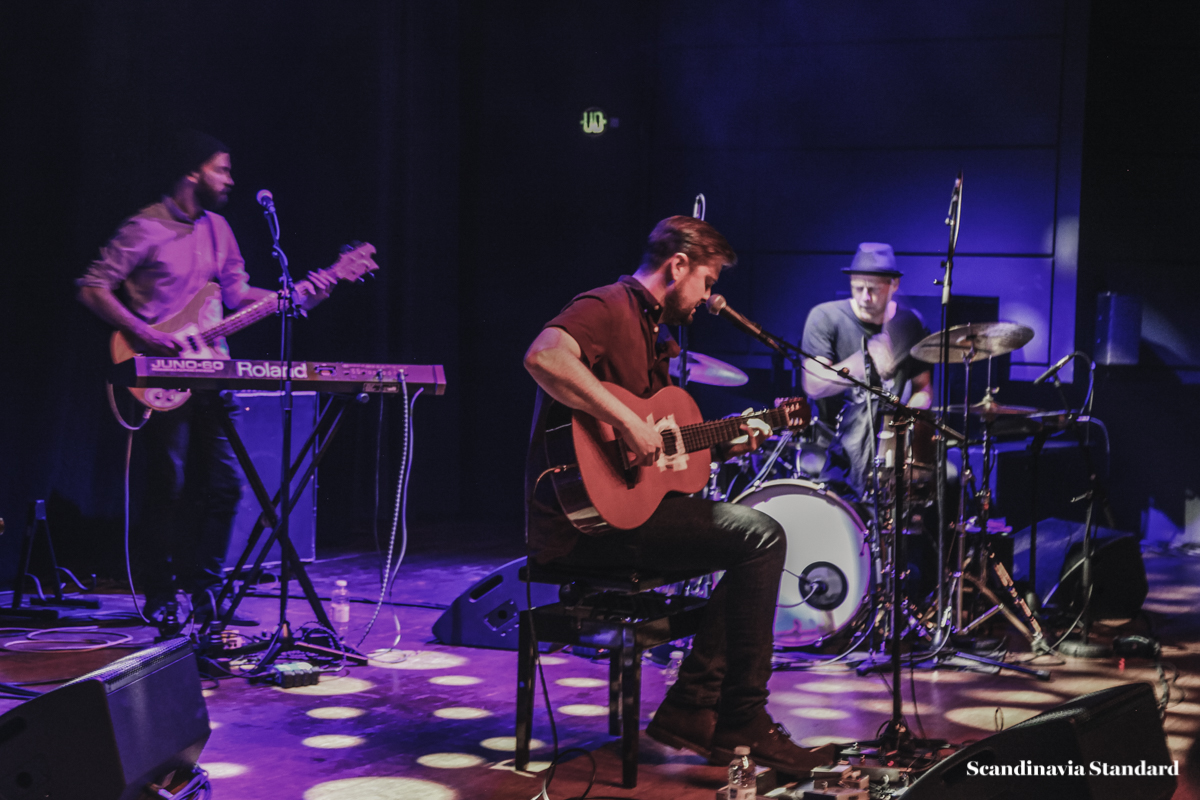 Another gem at the Double Rainbow stage. Catchy rock with strong vocals and dreamy guitars and synthesisers. A perfect soundtrack for Copenhagen summer 2017. Jakob Bruno Jansen is a ridiculously talented multi-instrumental singer-songwriter, and happens to also be the lead vocalist of The New Family (see more below). Listen here, highly recommended.

We were curious to see this show of LISS producer Rodaidh McDonald. The music was catchy, and the sax elements where a definite highlight. Looking forward to hearing more. 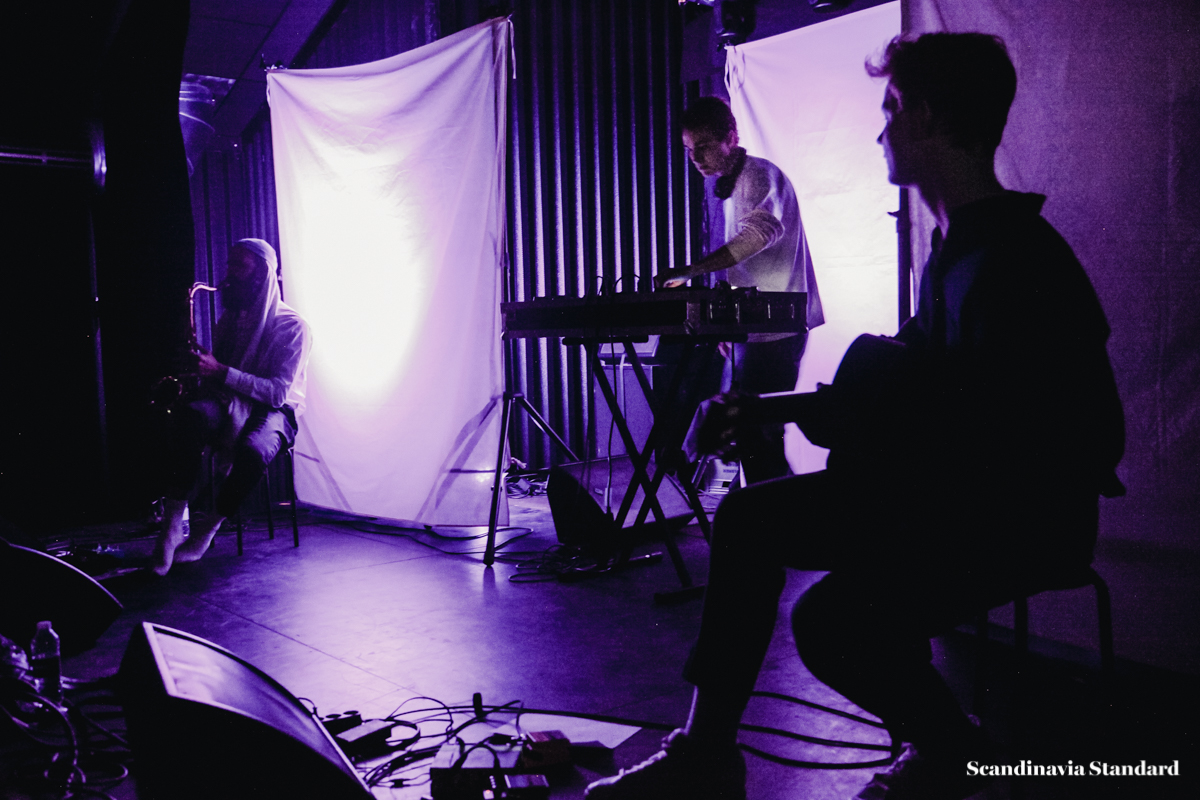 Definitely a crowd-pleaser: electronic that you can either sit and enjoy the melodies, or dance to up front. Anja T. Larhmann had exceptional vocals. Shout out to the awesome bass player Ida Duelund, from Silvester.

We’re not going to forget this performance anytime soon. Nils Bech spent the majority of the performance projecting towards a large mural of a seal. He then brought out numerous busts and portraits of his ex-lovers whilst telling stories of his broken heart with his angelic yet fragile voice. Five out of five stars; would see again.

The night kept getting better! These three talented siblings invited their audience to minimal folk sounds that augmented as the performance continued with the arrival or more musicians. We are their new family. In the Sound of Music spirit, their Christmases must be amazing.

Mah boys! Yes. YES! There was so much energy in this performance that we were emotionally drained afterwards. There is so much base-level euphoria in their act that the audience simply can’t resist. No matter how hard we try to dance, we’ll never dance as hard as Magnus and Jens. And we’re not even playing instruments. Ok, Khaya N9 could probably give them a run for their money. They flew him in from South Africa for the festival and his performance was mind-blowing.

One of the hottest electronic acts on the Scandianvian scene right now, Sekuoia never disappoints. Despite being emotional drained after Farveblind, we were pumped to dance through the last hours of the night (ahem, morning) at the main stages.

Can’t get enough of SPOT? Check out our playlist from this year’s festival line up.