There’s plenty in Copenhagen to enjoy this autumn; everything from film to music to some great flea markets. Slip into a cosy sweater and take advantage of what the month has to offer!

A large second-hand clothes market at DGI-Byen where you simply pay 200 DKK per kilo of clothes. What’s easier than that? 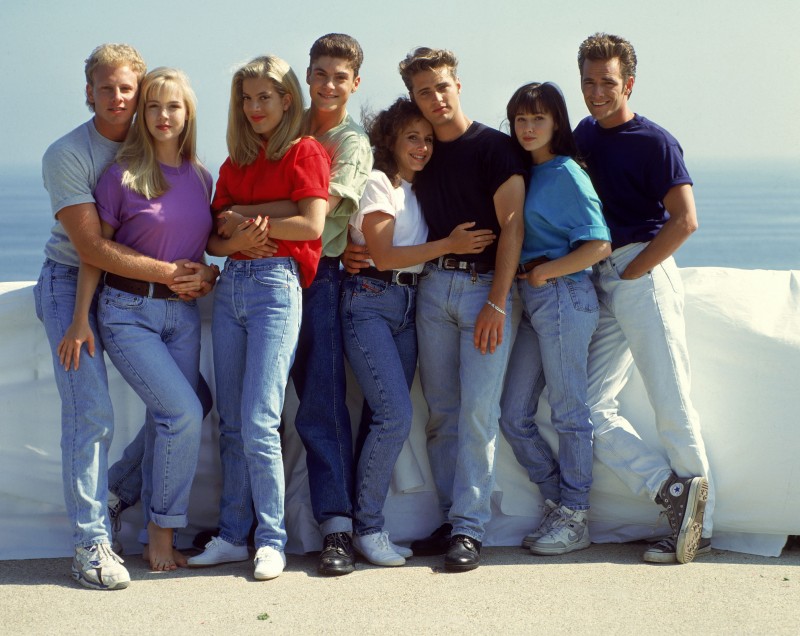 One of Denmark’s coolest brands is hosting a four day stock sale. Head over early to get some of the best pieces of previous seasons; trust us, they’ll run out fast.

This isn’t in Copenhagen, but the trip is well worth it if you’re looking to buy furniture. This is as classic as it gets. For Danish design at its absolute best at prices you can actually afford, don’t miss this sale! 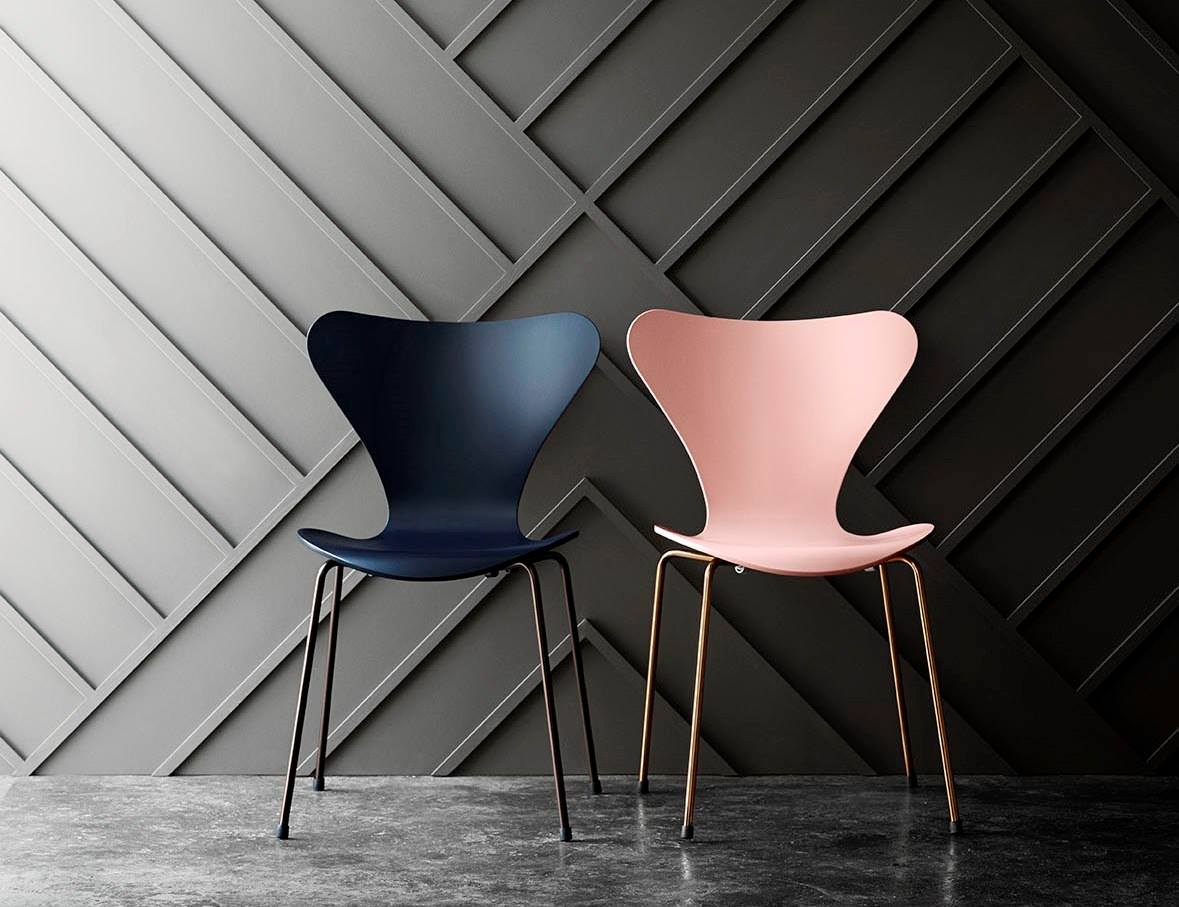 Visit Carlsberg is hosting a bar and charity auction where they will match all proceeds (up to 100,000 DKK) to benefit Syrian Refugees via the Danish Red Cross. There will be beers, live music, and of course an auction with loads of great prizes! Shuttles will run from Vesterbrogade 6 at 3 and 4 pm, returning at 9 pm.

Taste 6 – 10 organic Danish-made beers while learning about the processes behind brewing and what makes beer so special. You also get to nibble on tasty treats from the MadBodega kitchen. Course is in English and a must-try for beer-lovers! 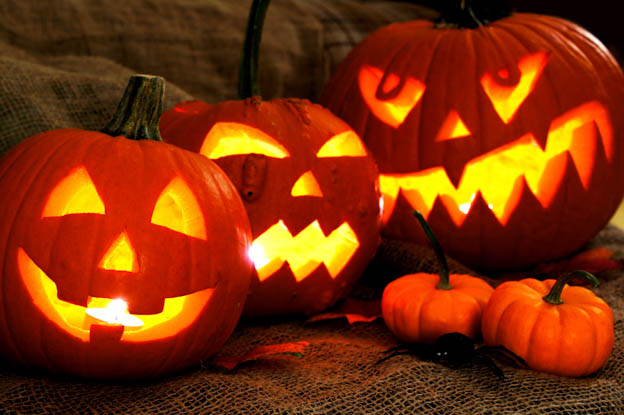 It’s been 20 years since Lars Von Trier and Thomas Vinterberg presented their Dogma Manifesto. To celebrate, Cinematek will be showing five important films of the movement as well as hosting an expert panel next month. The first screening is Lone Scherfig’s 2000 film “Italian for Beginners,” which follows the overlapping lives of six central characters. The film will be introduced by producer Ib Tardini.

Now in its 30th year, the MIX festival showcases LGBT films from around the world and seeks to improve the visibility of LGBTQI stories. It is one of the largest film festivals in Denmark, with over 10,000 attendees per year. They also have a bunch of great events on, so be sure to check out their program.

If you can spare three hours on Sunday, you can join many others in collecting money for the Danish Red Cross to benefit Syrian refugees. Once you sign up, you get a collection route and a container. If you’re looking for more ways to help, take a look at our suggestions.

CUPPING AT THE COFFEE COLLECTIVE

Taste some of the most gourmet coffees from around the world while learning about the coffee-making process as well as the importance of water quality. Tickets are 210 DKK and there are only 15 spots! 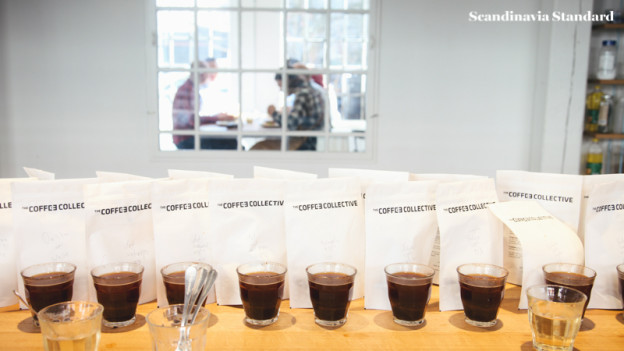 One of the most fun, quirky nights of the year, Culture Night (Kulturenatten) is back and better than ever. There are loads of events on all around Copenhagen and Frederiksberg, so check out the program for updates. 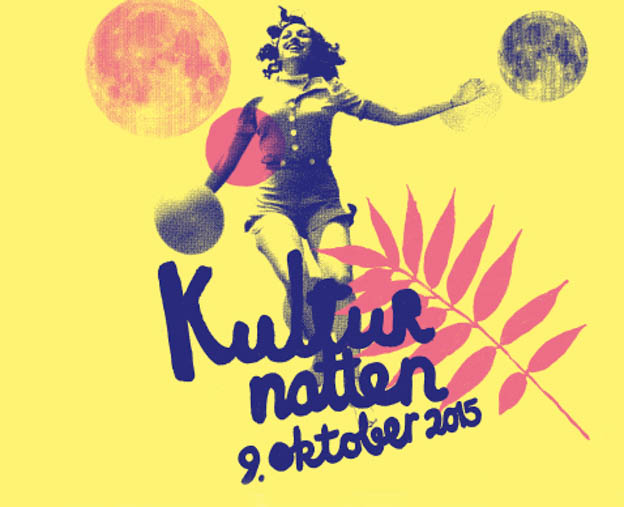 As part of Culture Night, 35 artists and designer have donated works for an auction, the proceeds of which will go to benefit Syrian Refugees. Begins at 5:00 pm at Den Frie Udstilling. 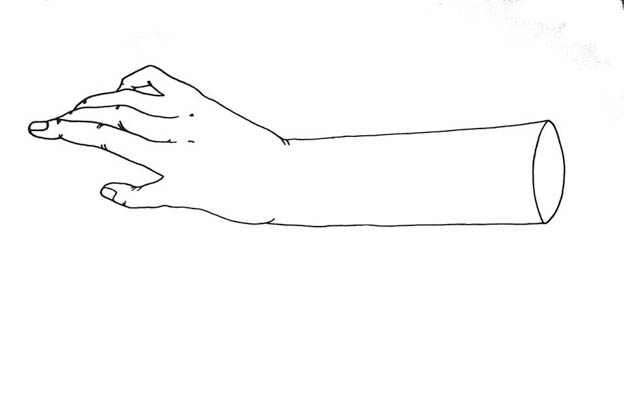 OPENING PARTY: JOSE DAVILA, A LINE IS WRITTEN ON EVERY CORNER

Have some drinks and snacks to celebrate the opening of Mexican artist Jose Davila’s exhibition, “A line is written on every corner,” at Galleri Nicolai Wallner, from 5:00 – 8:00 pm. His work is minimalist and surprising; we’re looking forward to see how it looks in the beautiful space. Exhibition runs through December. 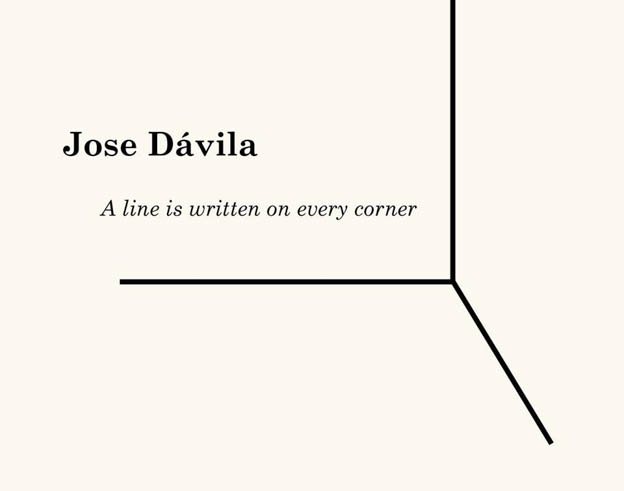 Tivoli will re-open it’s doors for Halloween on the 9th of October. There are lots of events such as pumpkin carving competitions, spooky shows for kids and halloween rides.

Slow Store, a pop-up concept by Such Agency, features eight designers in categories such as fashion, interior and skin care. The opening event, open to all at BLAA Galleri from 6 – 8 pm, will have treats from Lækkerbar and Brødflov as well as a DJ. The store is then open for 10 days, so stop by and get some wonderful design items from independent craftspeople. 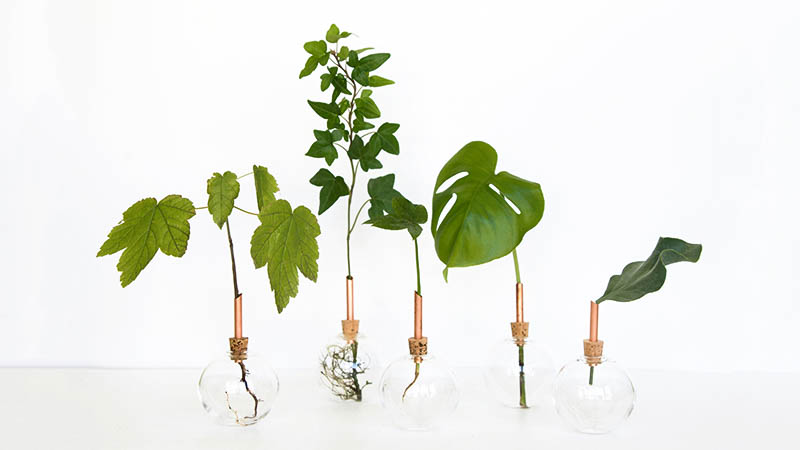 This event is part of MIX Copenhagen Film Festival (see above). Jury member Wibke Straube will give a 90 minute talk, in English, on the past, present and future of Trans films, drawing on both academic and activist histories. Begins at 2 pm (not 12, as it says in the program) at Cinemateket. 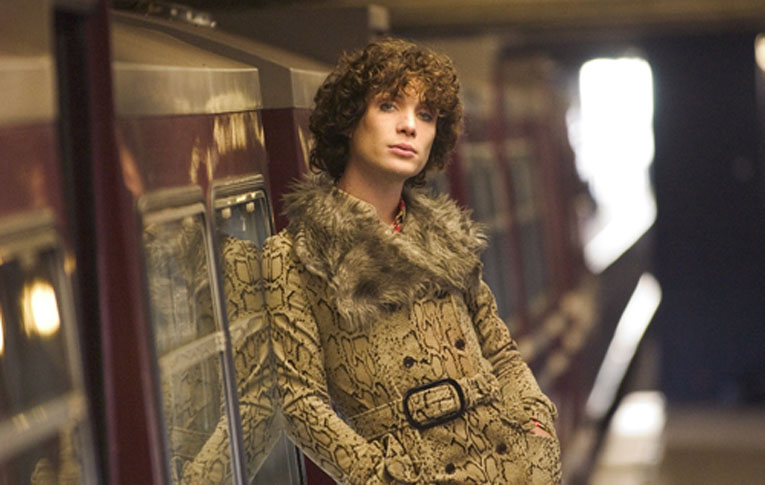 Get great deals on clothes and accessories at this flea market on Papirøen. All clothes not bought at the market can be donated to the Danish Red Cross. The market is partnered with Copenhagen Street Food, so you can bet there will be some great bites as well.

DANISH ON A SUNDAY: MEN AND CHICKEN (Mænd & høns)

Twice a month on Sundays, Cinemateket hosts Danish films with English subtitles. The first of the month is Anders Thomas Jensen’s 2015 film “Men and Chicken,” that follows the story of two very different brothers who, after their adopted father dies, go to find their biological father and end up meeting their three additional brothers.

See a group of emerging Danish musicians for only 30 DKK (and 20 DKK beers!) at Mayhem. A night of excellent music and good vibes. 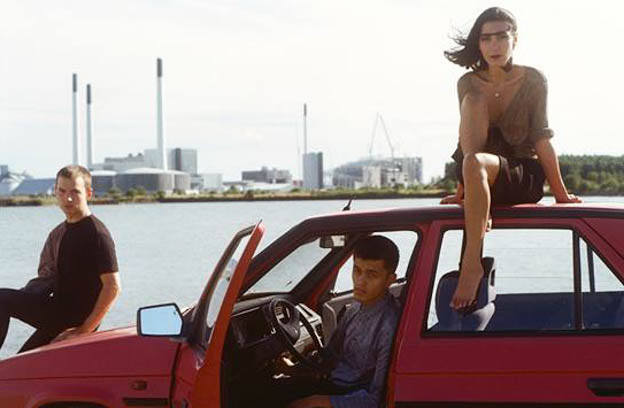 Clink those hefty pint glasses together: it’s Oktoberfest! If you can’t be in Munich, say “prost!” here in Copenhagen. Each night starts at 8:00 pm, with music beginning at 10:00 and the party going all night! 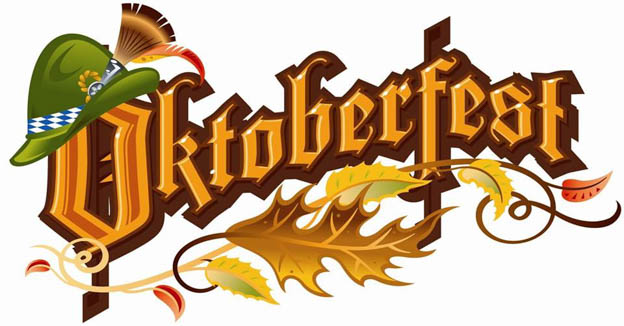 In honor of Halloween, what better way to spend your Friday night than being scared out of your mind by the classic film “Rosemary’s Baby,” showing at Husets Biograf as part of their Occult Series? Tickets are 60 DKK and the movie begins at 7:30 pm. 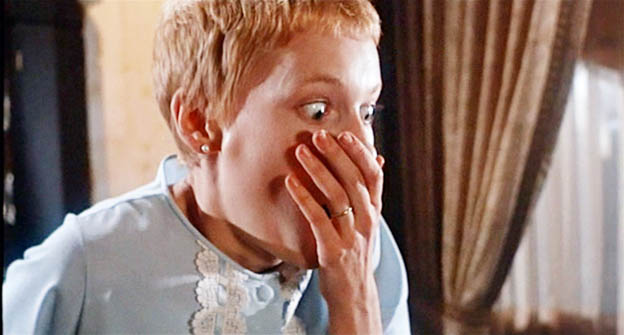 Find out what all the small and independent ‘zines are doing in Copenhagen at this festival. The event will be held at Ungdomshuset in Nørrebro from 12 – 6 pm and entrance is donation-based. A day of unexpected fun!

Flea markets don’t get much bigger than this; all 5000 sqm will be packed with second-hand clothing, accessories and home goods for sale. From 10 am – 5 pm.

Grab tickets to see this popular Danish pop-soul singer; sure to be a great performance!

BLUS is an organization of LGTBQ students who promote social and community events where all are welcome. They’ll be hosting speed dating at Analog Bar from 7:30 pm. Go meet some amazing people!

Ever considered Copenhagen’s apocalyptic future? Now you can take a virtual, 3-D ride to see what it would look like during Copenhagen Dreaming, a science-fiction-themed event hosted by a group of writers and artists. It all takes place at the Round Tower, and the event is free after buying an entrance ticket (25 DKK). In addition to your virtual ride, there will be art, books and refreshments for sale. If you’re into sci-fi, don’t miss this afternoon of fun! From 3:00 – 6:00 pm.

Come get the true Octoberfest experience with beers from five breweries, plenty of great food and a one litre mug, all in a tent set up outside the restaurant. Tickets (395 DKK) include all that, plus a t-shirt!

Has it actually been 20 years since this Smashing Pumpkins classic came out and made us all emo-pseudo-intellectuals (aw, I’m just kidding you guys, I love that album too)? Celebrate the anniversary with a variety of bands playing covers with their own special interpretation. Before and after the performances, a DJ will spin the beloved album. Plus there will be drinks and even a music quiz! At Studenterhuset; entrance is free.

See the 1977 David Lynch classic film “Eraserhead” on 35mm at Husets Biograf. Tickets are only 50 DKK; you can buy in advance or on the day of the screening. Show begins at 8:00 pm. 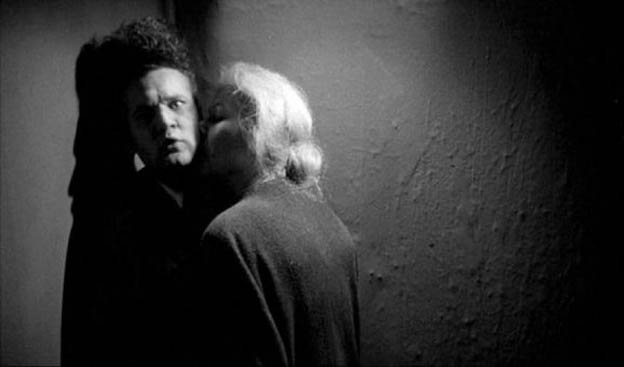 DANISH ON A SUNDAY: 9 APRIL

This 2015 directed by Roni Ezra follows the first Danish soldiers to engage in combat with the German army when the Germans occupied on 9 April, 1940. These soldiers were part a bicycle and motorcycle squad. In Danish with English subtitles.

Enjoy a day of self-indulgence at the ladies salon, including tea, great food and presentations by a number of fashion brands such as Hobnob Copenhagen and Biline. Tickets are only 180 DKK, so take a friend and stretch your Sunday relaxation to its fullest. 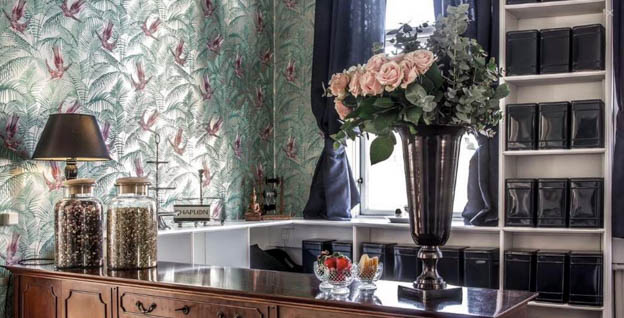 TALLEST MAN ON EARTH AT VEGA

This Swedish singer-songwriter is known for both his personal recording style (in his home, voice & guitar recorded together) as well as his magnetic stage presence. We’ve only heard raves from those who have seen him live, so this show comes highly recommended!

Check out MadBodega’s Halloween-themed five course menu (300 DKK for adults, 150 DKK for children) as well as games, decorations and other fun. There will even be treats for trick-or-treaters!

“TRAVEL IN THE DARK” AT STATENS MUSEUM FOR KUNST

An exhibition that explores the work of 12 artists from the immediate post-WWII period. These are pieces that evoke the fear, uncertainty and weariness of the time, as well as a sense of protest and emerging power. On until January 2016. 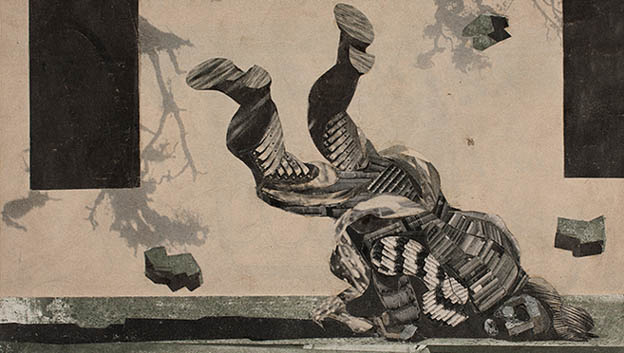 Organised by Politiken, this exhibit showcases the best prize-winning photographs from around the world. It’s located in Politikens Hus and runs from 2nd – 22nd October.

If you’re an art lover, you need to check out this incredible Kusama retrospective! The Japanese artist is well known for his patterns covering vast spaces, as well as his ability to blend into those patterns with matching clothes. On until January 2016. 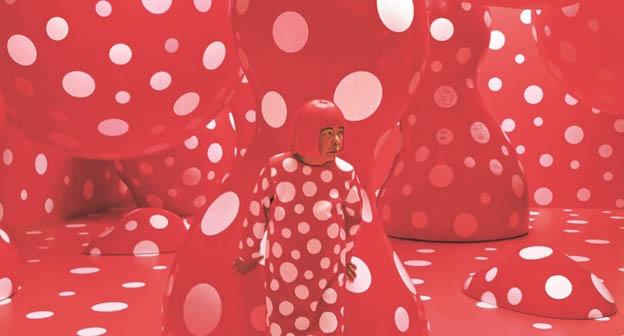 “RUPTRES” BY AI WEI WEI AT THE FAURSCHOU FOUNDATION

To see Ai Wei Wei’s work is to see a mix of the artistic vision and political outspokenness that has made him a powerhouse in the art world and an opponent of the Chinese government. The installations on display include Sunflower Seeds and Straight – we won’t tell you more about them; just go see it. On until December.

See the most comprehensive retrospective ever compiled of beloved Danish artist Wiinblad. Enter the visual universe of this multi-medium artist as well as learn about his placement and significance in the Danish art and design scene. On display until January 2016.

If you’re a business or organisation that would like us to add your event to next month’s calendar, please contact us at [email protected] Thank you. 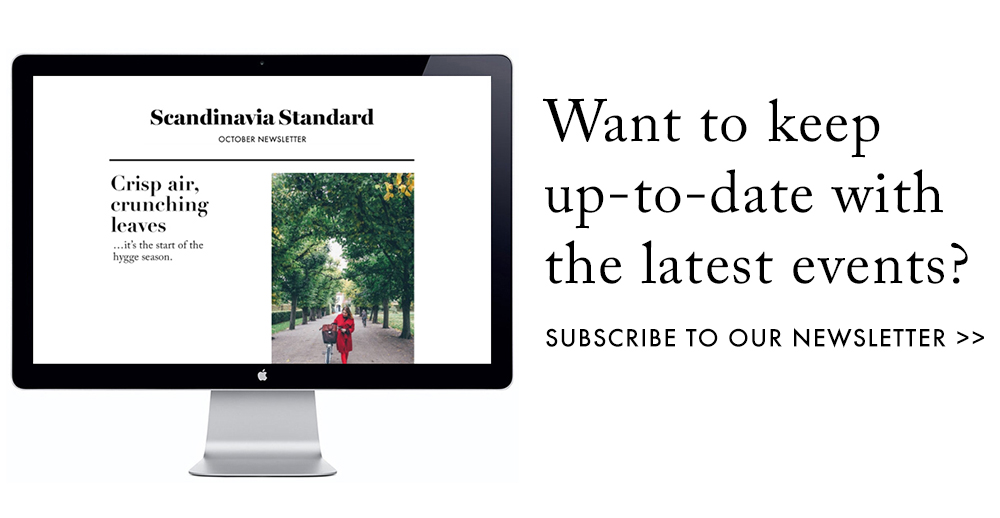