The first cool breezes of autumn blow into Helsinki in September, but you would never know that summer has ended by the event line-up. In addition to big events such as Helsinki Design Week, you can enjoy a comics festival, concerts by Finnish musicians, sporting events, and street parties. Whatever you’re into, there’s something for you in September.

To end Helsingin Juhlaviikot (Helsinki’s Celebration Weeks) on a high note, there will be a showing of Fritz Lang’s classic silent film Metropolis. The 1927 film was restored in 2010 and will be screened in Kansalaistori. Rapper and DJ Khid will provide a melancholic soundtrack for the film. Free event. 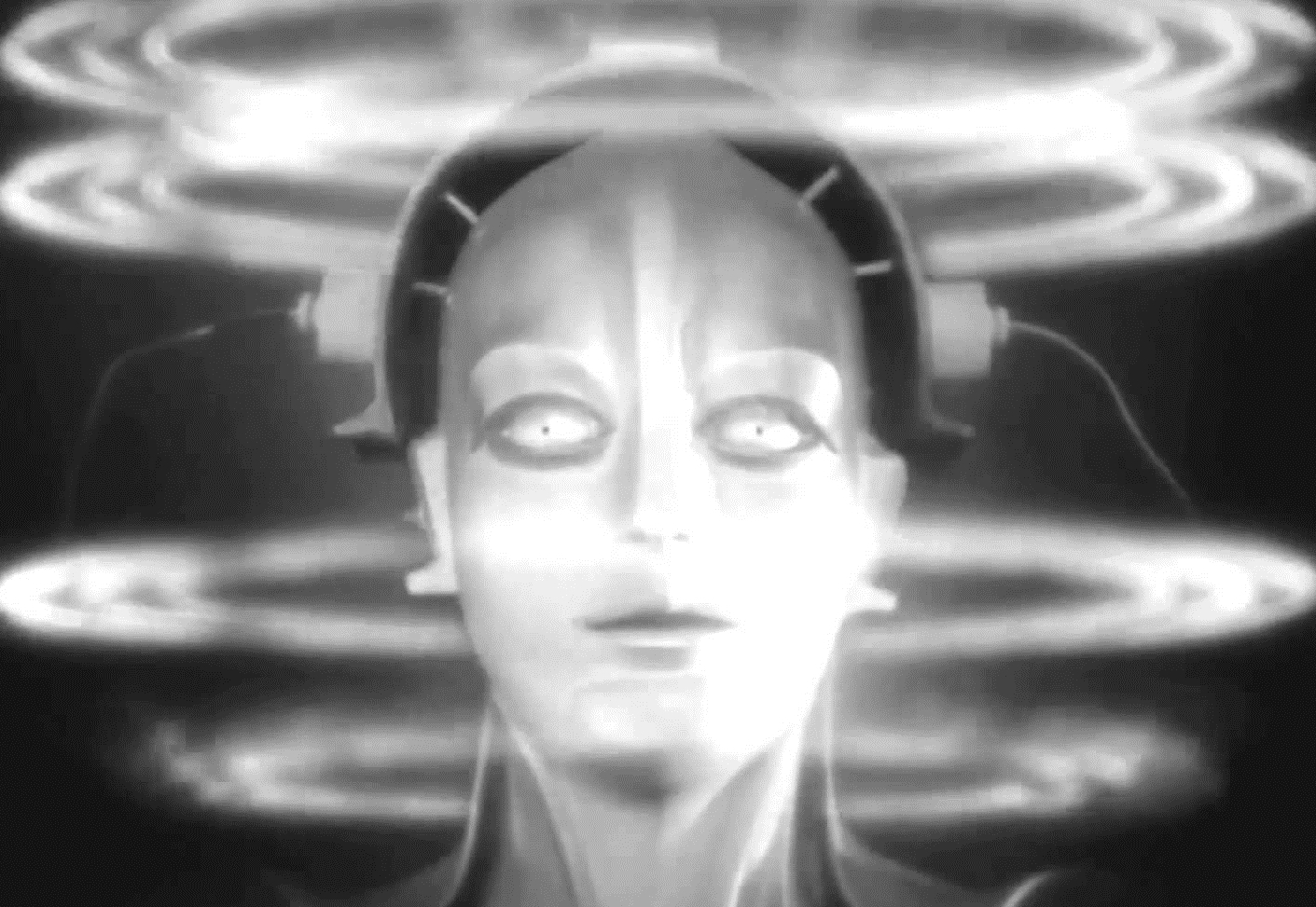 Having been the world design capital in 2012, Helsinki is a major player in international design. As such, you would expect a yearly design week! This year you can enjoy exhibitions, conferences, workshops, shopping, and more centred around the theme “learning climate”. Almost 200 independent events fill the programme, and admission prices vary. Many events are free. 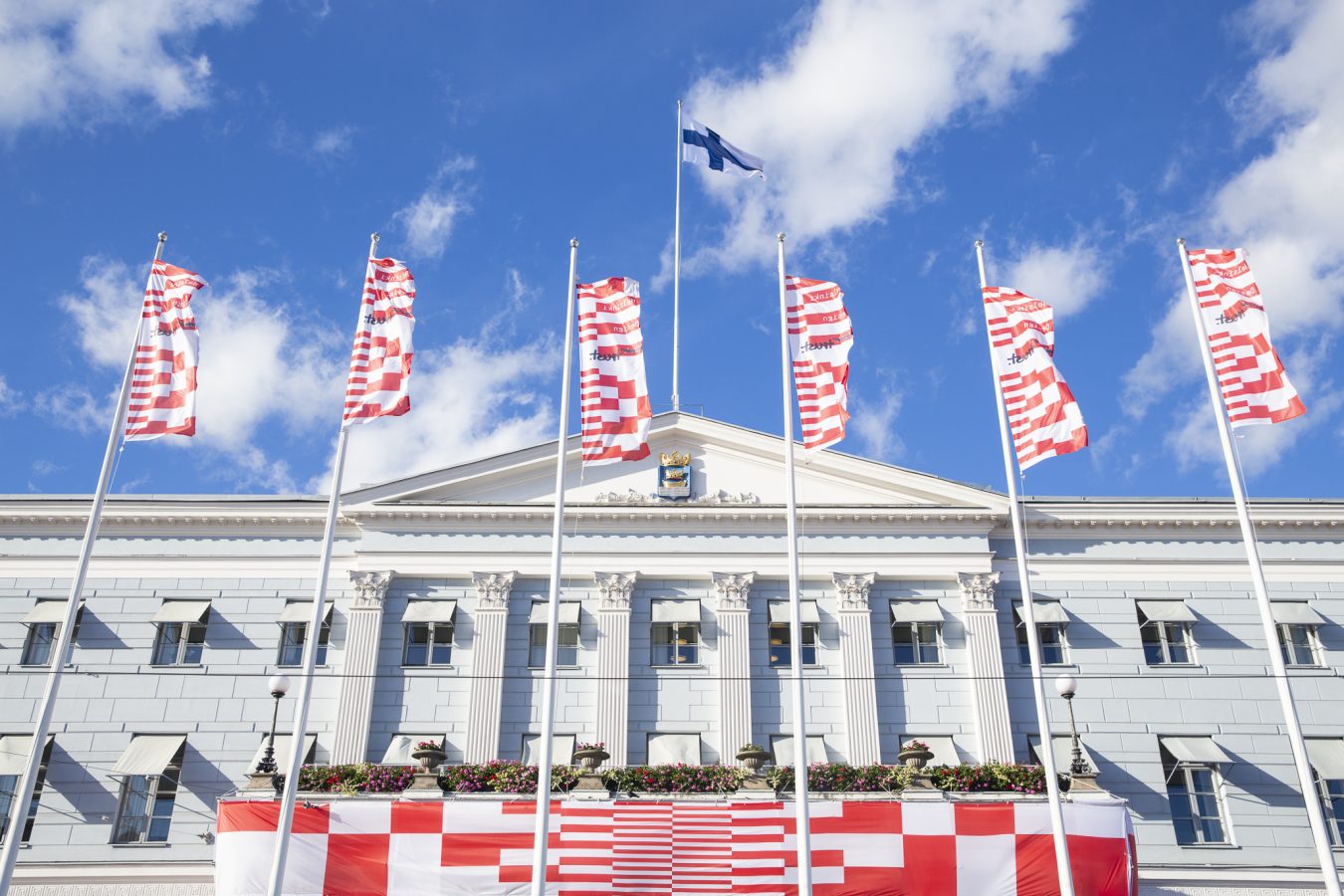 Metropolia University is opening “the home of Extended Reality” in the former Arabia ceramics factory building at 135 Hämeentie. At this grand opening party visitors can explore the showroom and see VR/AR demos. Of course there will be drinks, snacks, and music to round out the evening. Free event, but RSVP beforehand. 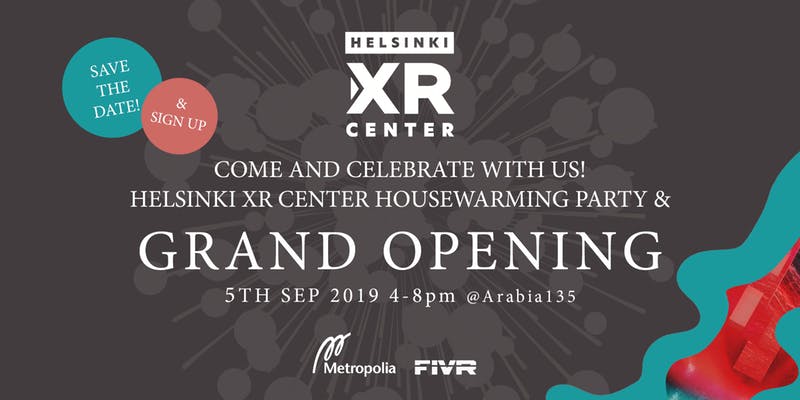 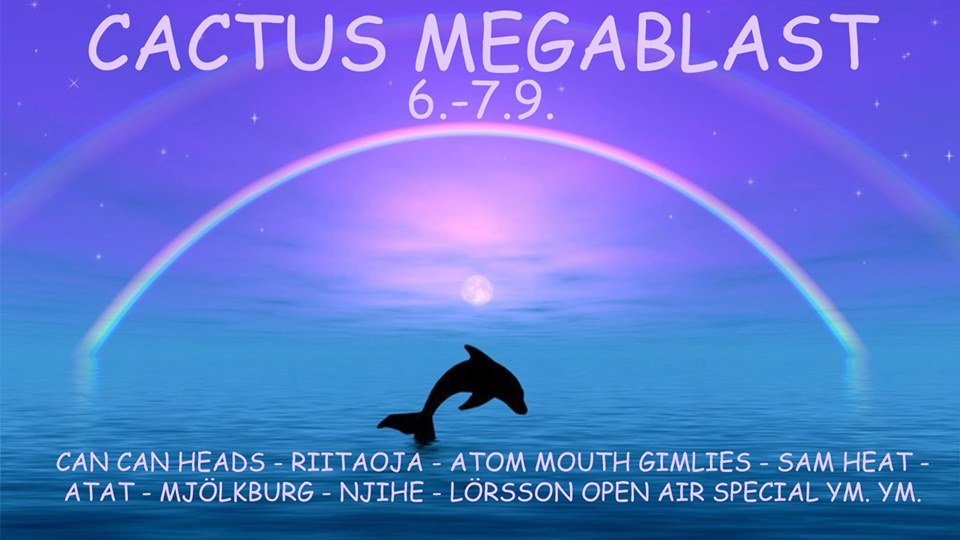 Experience the classic Marilyn Monroe film in its original 35mm format at the lovely 18th century event space Puotilan Kartano. The pub on the premises will serve you drinks, and you can either bring a blanket to lounge on or come early and grab a seat. Film starts at 21.00. Free event.

Helsinki Design Week shows up at Kaapelitehdas in the form of a market. There will be areas specialised in prints, vinyl records, and children’s products. The market will reflect the theme of Helsinki Design Week 2019, which is “learning climate”. Over 200 vendors will be in attendance. Free event. 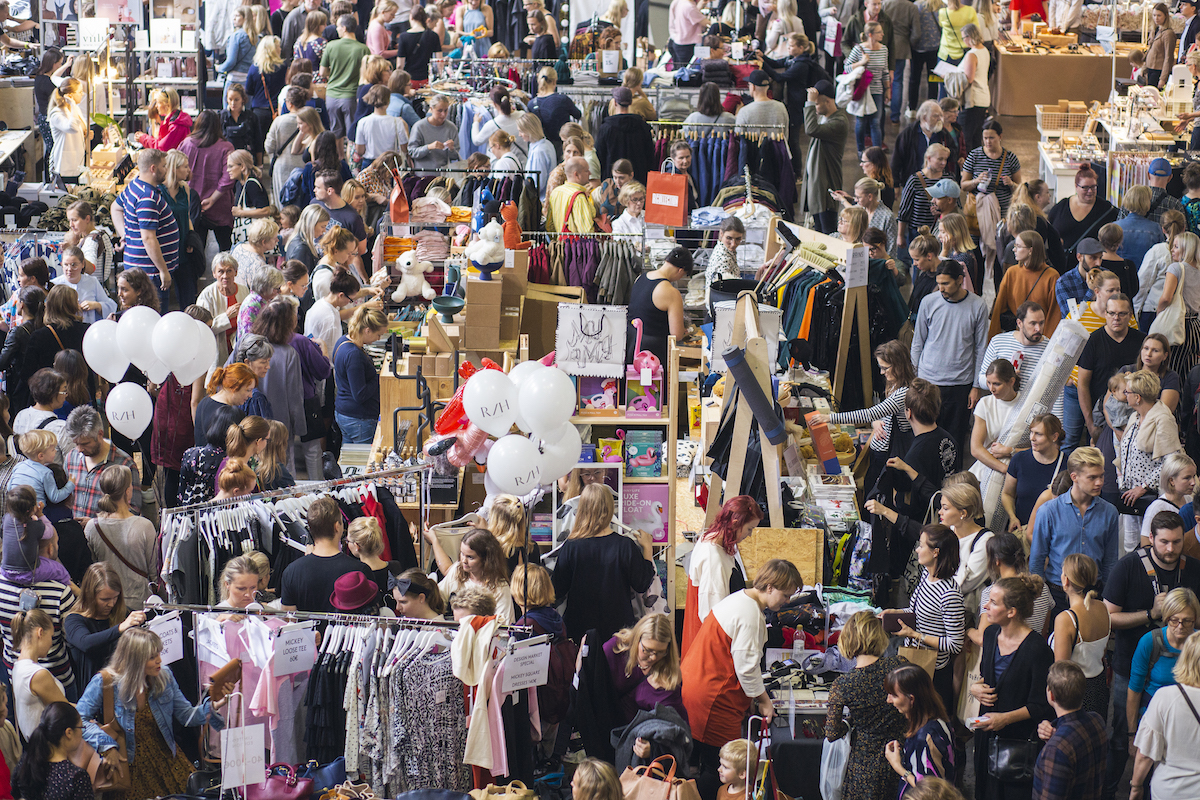 Fans of historical re-enactments will love this event on Pukkisaari, an island southeast of mainland Helsinki. Visitors can watch battle re-enactments, buy artisan crafts, and eat delicious foods. You can also sign up to participate yourself if you have something to offer! Free event. 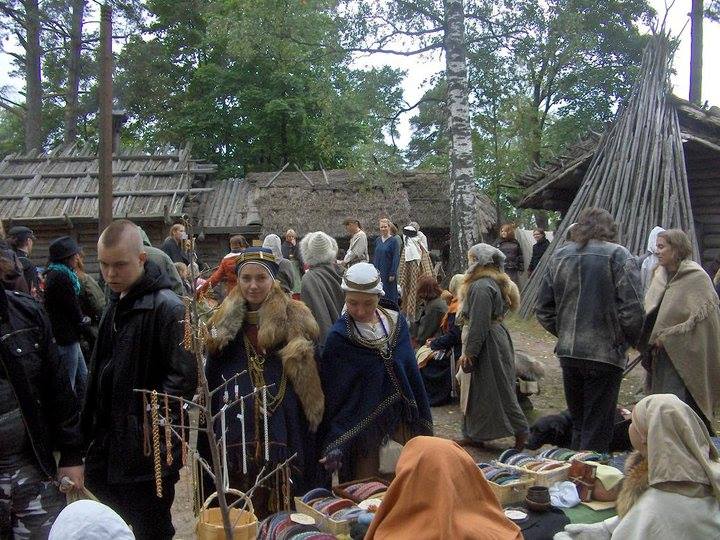 The old industrial area Suvilahti will once again play host to Helsinki’s biggest celebration of comics. The festival also includes a Zine Fest, which is full of self-published zines and workshops. 2019’s festival themes are the environment, influential comics, and the North. Free event.

Klaus K is a gorgeous Art Nouveau hotel on the ritzy Bulevardi, and it regularly offers brunches. On the 7th and 8th of September the brunch is vegan. The cost is 35€, and table reservations are recommended. 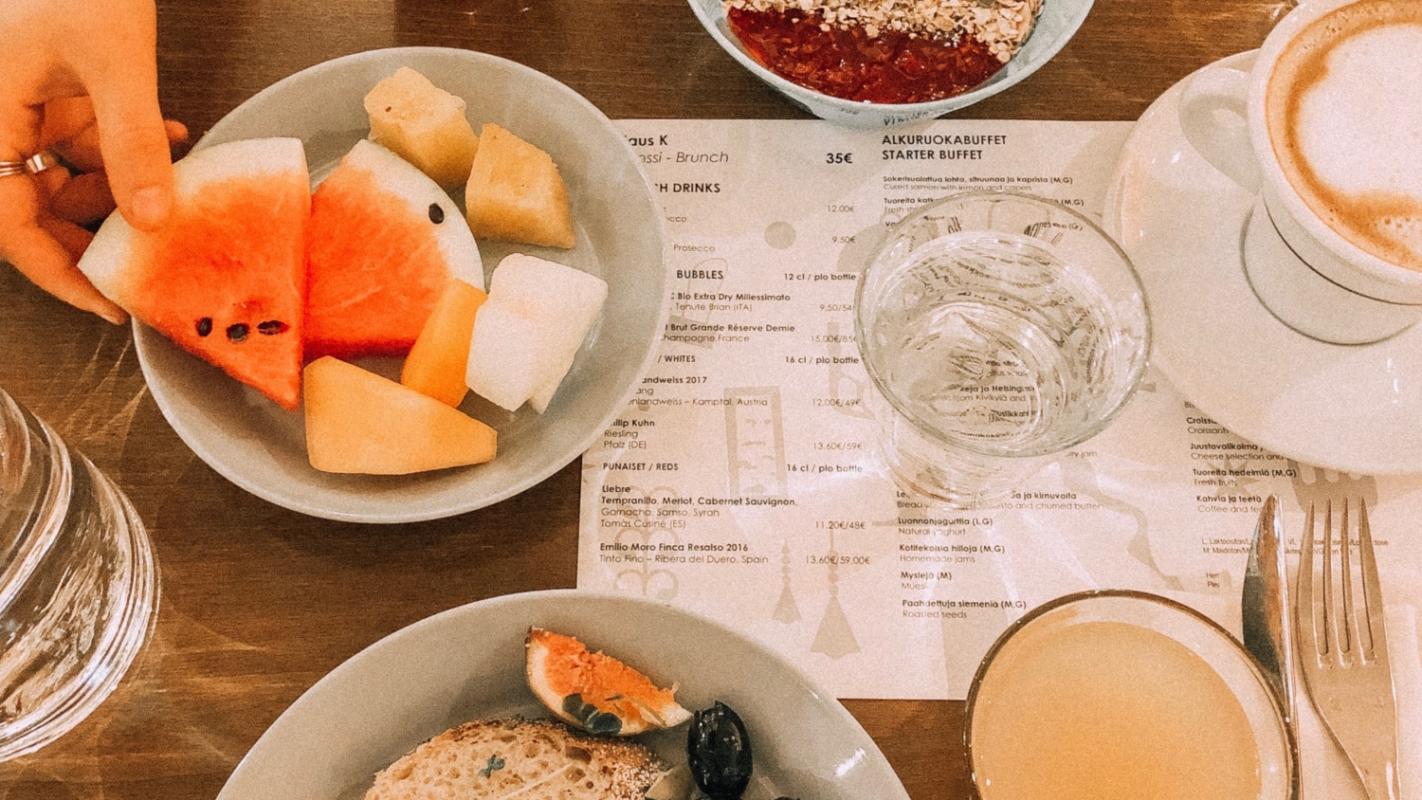 Tough Viking is the Nordics’ biggest obstance course race. Its 10km course comes to Helsinki on 7th September, presenting a challenge to anyone who’s brave enough to give it a shot. Register by 05.07 for 90€. 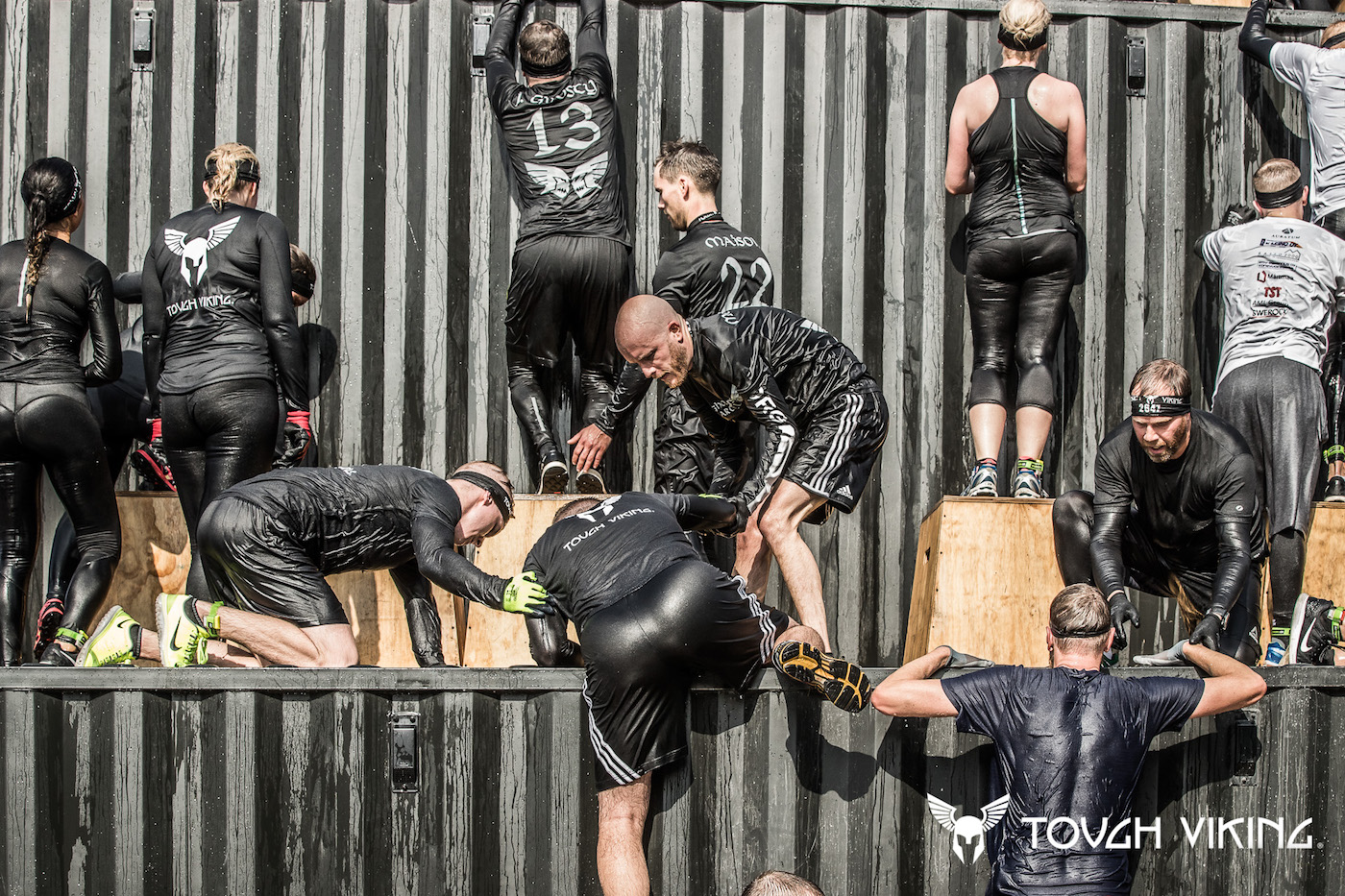 Koskela, a neighbourhood in northeastern Helsinki, is celebrating by hosting a day full of culture, food, and flea market shopping. If you’d like to participate as a flea market seller or food seller, get in touch! Free event. 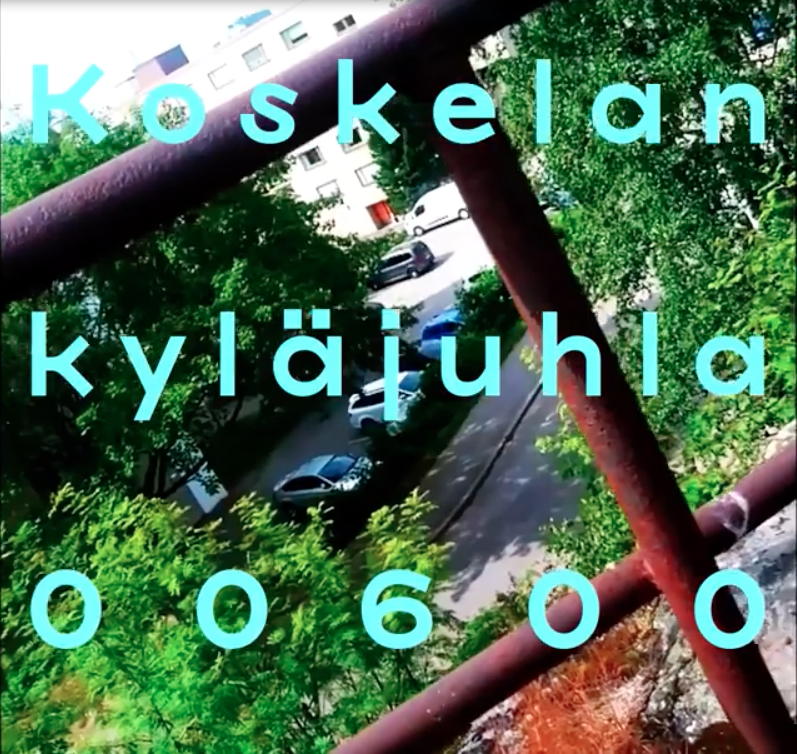 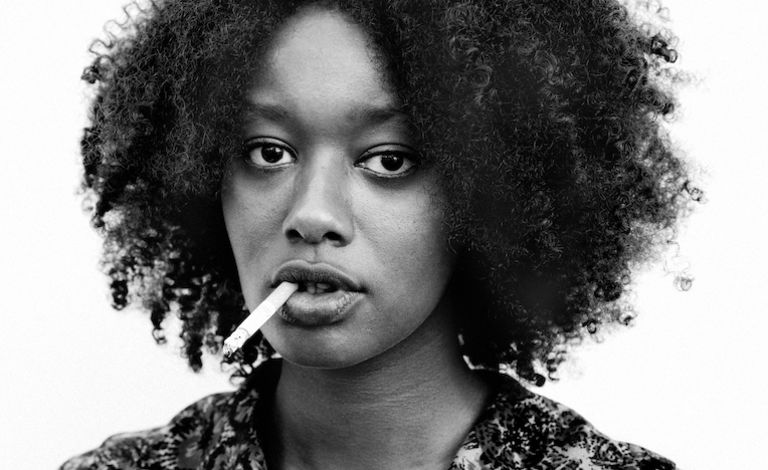 Lauttasaari is a large island between Helsinki’s main peninsula and Espoo. They’re having a street party which will include different musical acts from jazz to rap. While the music plays, families can enjoy street food, flea market shopping, pony rides, and other children’s activities. Free event.

Non-profit organisations Kodin Kestot and Zero Waste Finland are teaming up to hold a drop-in sewing workshop. It will be held in Helsinki’s central library (Oodi), so Oodi’s sewing- and overlock machines will be available for use. Mend socks, sew a handkerchief, or do any other small sewing work! Free event.

Cultural centre Annantalo’s yearly Japan Day is a celebration of Japanese culture hosted by the Finnish-Japanese Association. Visitors can expect performances such as a budo demonstrations, lectures, workshops, music, and food. Free event.

Habitare is Finland’s biggest interior design event, and it brings new perspectives to the world of furniture and decor every year. 2019’s theme is “Mindspaces”: an exploration of how materials, colours, textures, and other chosen aspects of a design affect our state of mind. Adult tickets are 16-17€.

The Evening of Temptations at Korkeasaari

Korkeasaari Zoo will take advantage of its island location and create a world of wonders to escape to. Between 18.00-23.00 the zoo will turn the magic up to eleven and offer performances and activities to night wanderers. 5€ from each ticket purchase (20€ for adults) goes to preservation of wild big cats.

As part of Helsinki Design Week, this event will educate audiences about the use of data in design. This year’s theme is “Augmented Creativity”. Both Finnish and international speakers will be present to share their knowledge and experiences. Tickets are 99€.

Finnish pop artist Mira Luoti opens the EastFest All Stars music festival with a concert in Puotilan Kartano, a charming manor built in the 18th century. Luoti will entertain the audience with both classics from her discography and newer songs. Tickets are 25,50€.

Helsinki’s legendary dance club Kuudes Linja hosts a “techno inspection” every year, and this year it’s on the unluckiest day of the year. Eleven techno acts will fill the club and make the night seem lucky instead. Tickets to Kuudes Linja events are usually 10-20€. 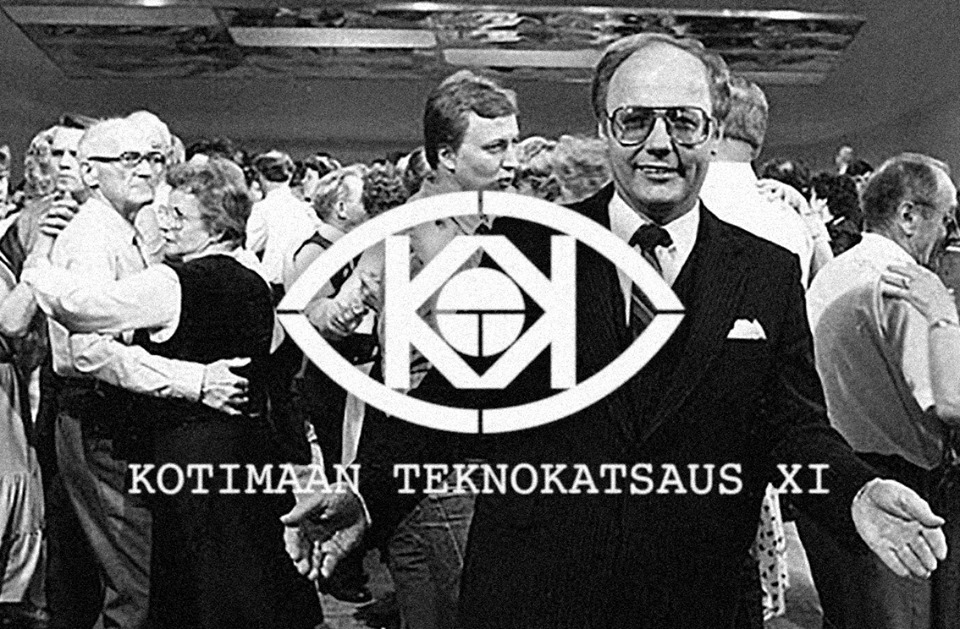 Music Theatre Käpsäkki is the place for improvised theatre performances this summer and autumn. On 14th September you will be entertained by Käpsäkki’s in-house pros Jaana Saarinen, Elina Aalto, and Miiko Toiviainen, plus guests Rosanna Kemppi and Ville Myllykoski. Tickets are 14,90€. 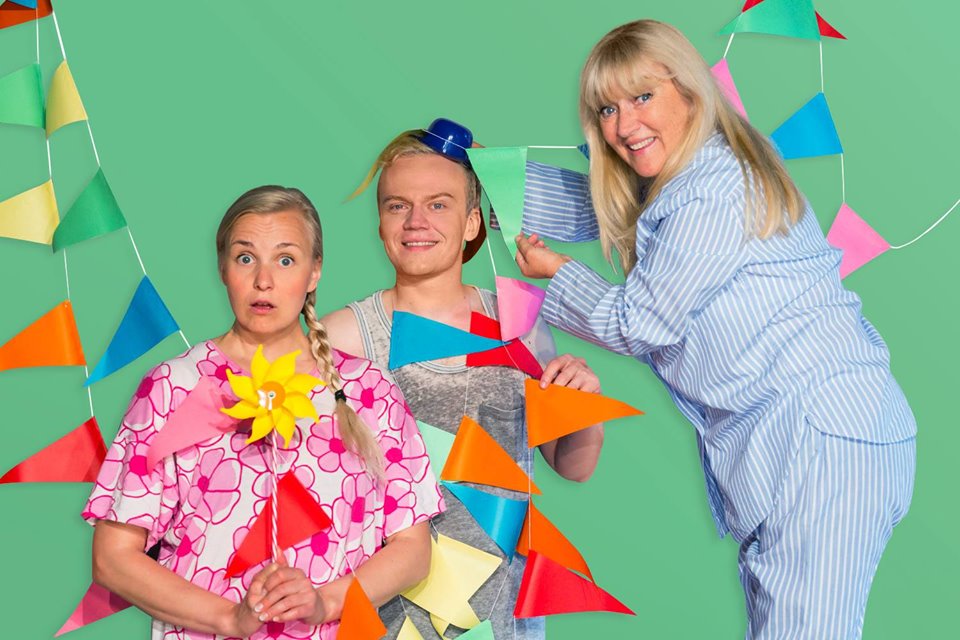 Gym and sports equipment shop Triathalon Corner is hosting an event for women who love to cycle. The goal is to cycle 100 km in one day through the cooperation of female athletes around the world. 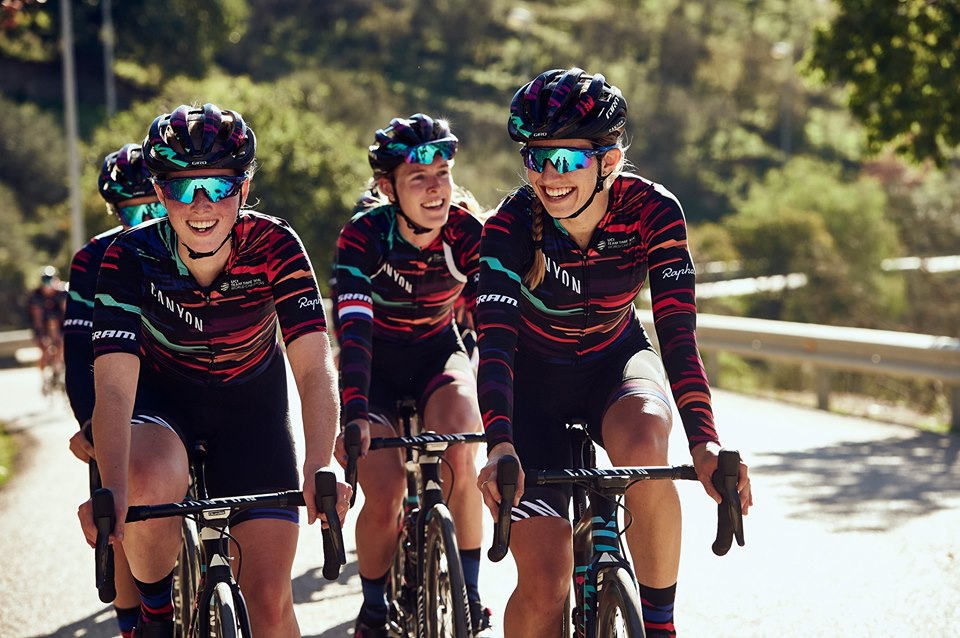 Helsinki’s cutest parade is taking place for the ninth time this September! Dogs of all ages, sizes, and breeds are welcome to take part in the parade. Gather in Meripuisto (right next to the famous Kaivopuisto) to see the dogs walk the route, then stick around afterwards to hang out with them and their owners! Free event. 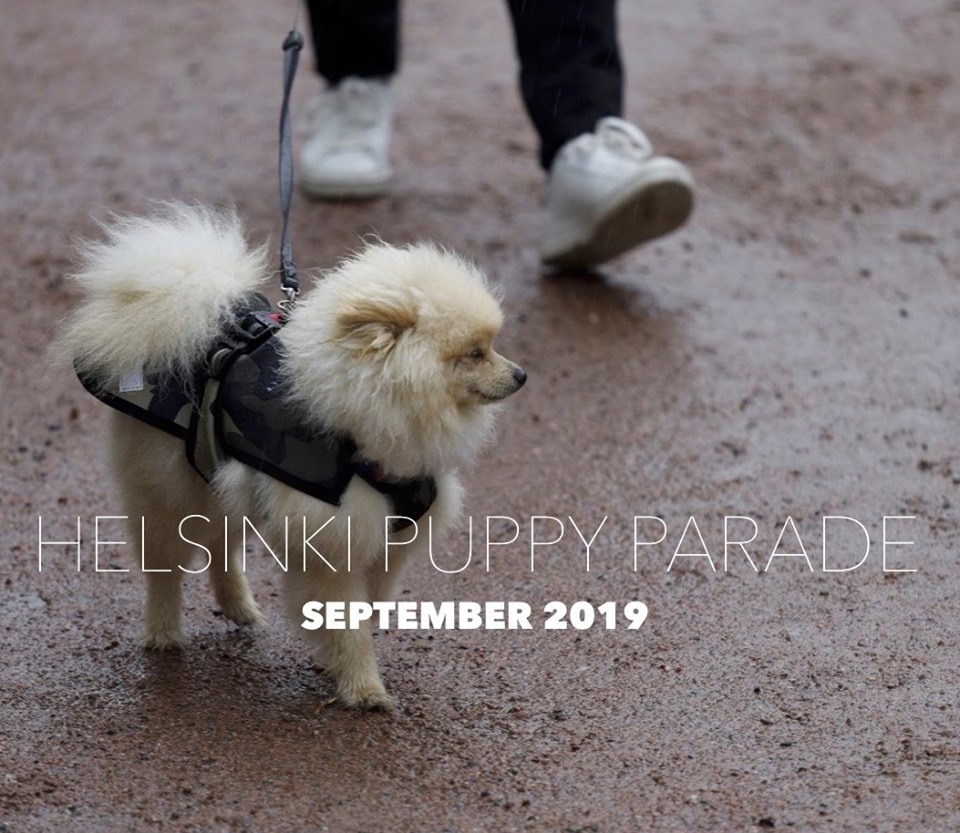 If you’re a teacher, professor, or other professional in pedagogy, Dare to Learn is a place you should be. The programme consists of 40% keynote speeches and 60% active co-creation, giving visitors the opportunity to participate in shaping the future of learning. One-day public sector tickets are 115€, two-day tickets are 150€. 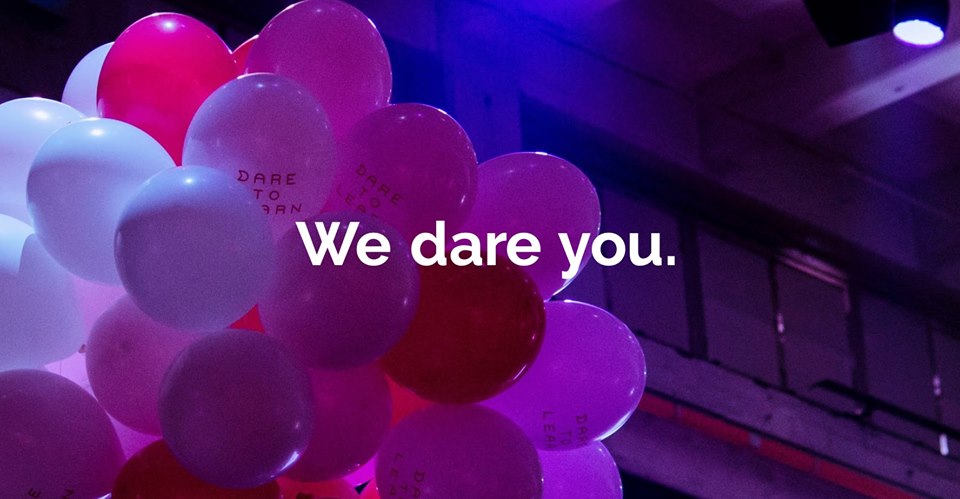 Aalto University is celebrating its Student Union’s tenth anniversary, and its first big event is Otaniemi Night of Arts. There will be many art and music events organised by the Aalto community, as well as visitors such as singer Mira Luoti and Puppet Theatre Sampo. Free event. 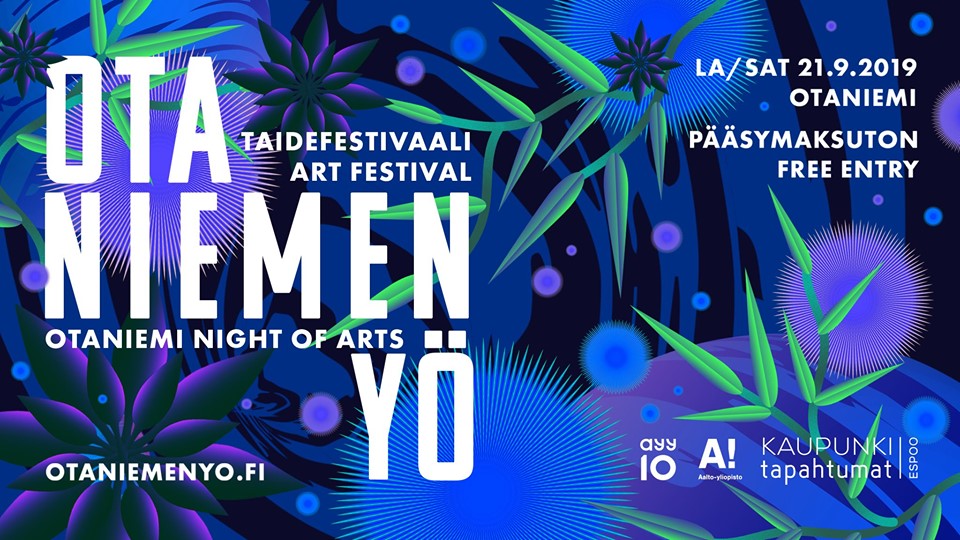 Helsinki’s Paasitorni turns into a haven for fans of crime and detective novels this September. Many authors in the genre will be there to give talks, and the day will be crowned by a show and three-course dinner. Tickets with dinner and gift bag are 78,50€, tickets without are 20€.

Helsinki Humane Society HESY invites all dog owners to join them in helping homeless animals! They’re organising a dog walking event that starts at Lemmikkikulma, a pet clinic and supply store. Pet food brand Acana is donating 1 kg of food to HESY for every dog that participates. Free event. 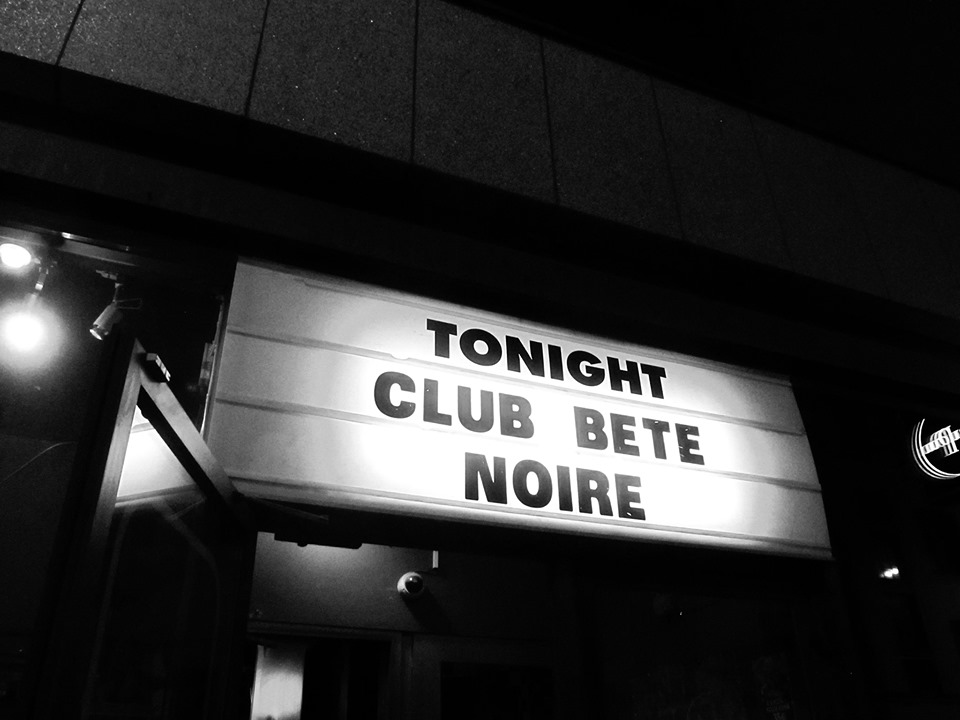 “Craft gym” Verstas247 hosts several workshops and classes, including this introduction to linocut printing. The theme of this 3-hour workshop is plants and botanicals. For 35€ you can go home with several postcard prints from blocks that you’ve carved yourself. 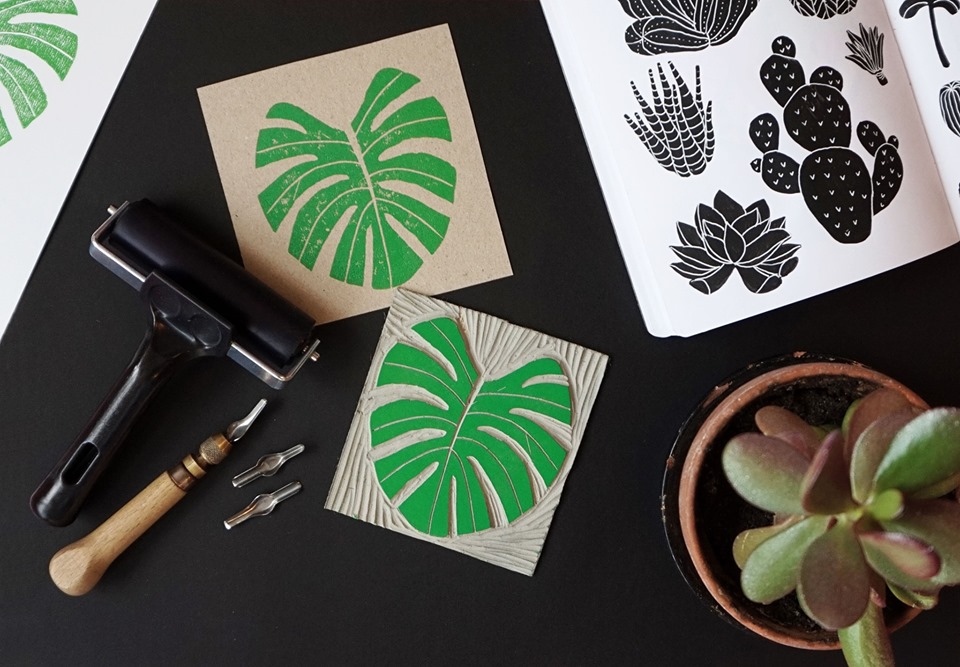 Finnish rock group K-X-P are touring for their fresh new “IV” album, and one of their stops is the legendary Tavastia club in Helsinki. K-X-P’s sound combines kraut rock, techno, and psychedelia. Supporting the headliner is fellow rock group Aavikko. 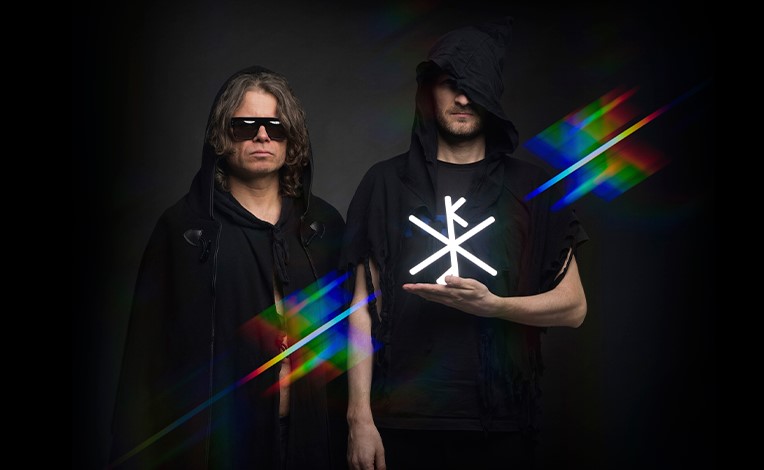 Anyone interested in northern European folk music should make sure to catch some concerts at this festival! The concerts take place in Kapsäkki theatre and Bistro K restaurant, located in the artsy Sörnäinen neighbourhood. Brunch concerts are free, a day ticket (for other concerts) is 35€, a two-day ticket is 55€. 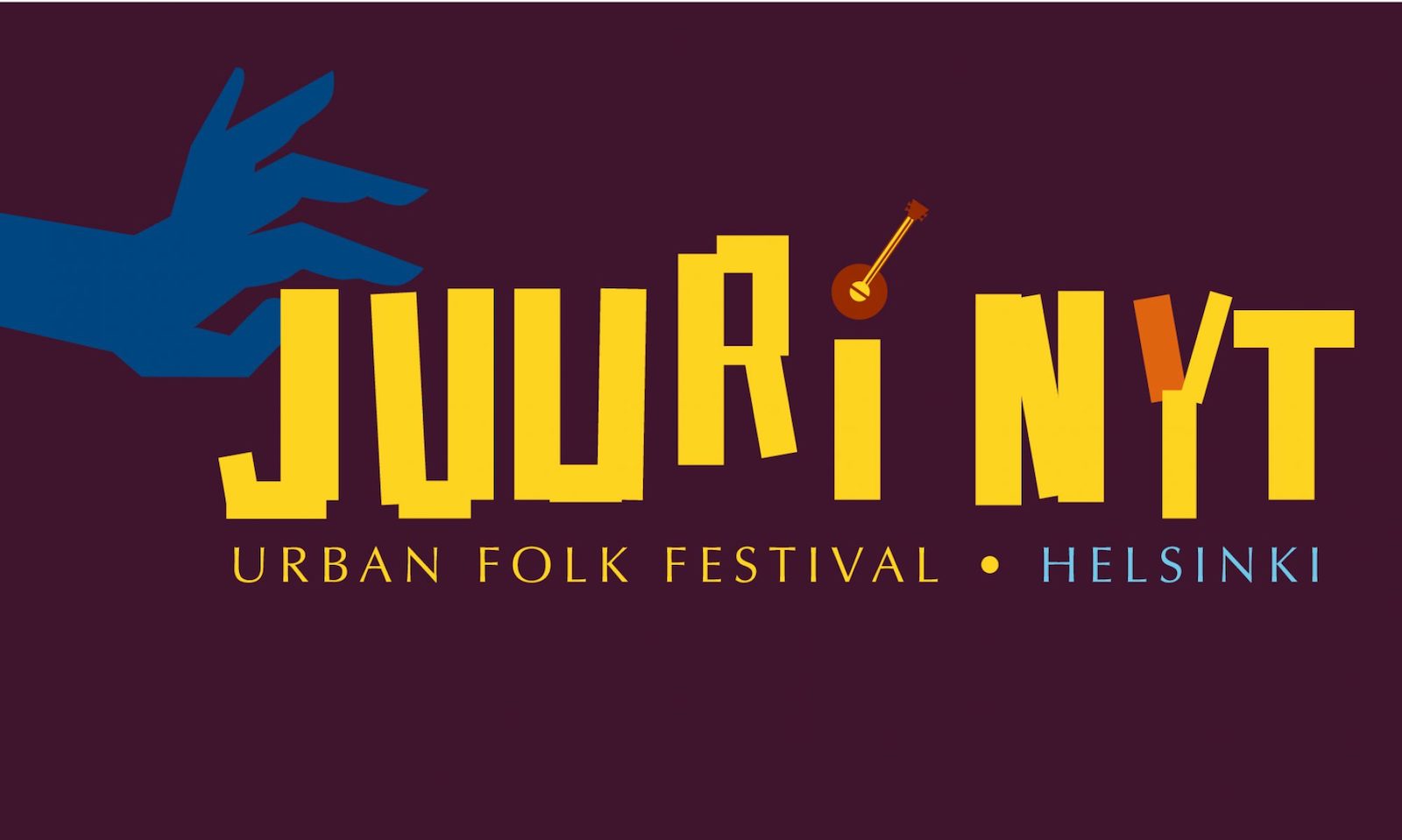 Vegemessut are the biggest vegan food festival in the Nordics. This is their second event in Helsinki this year, and it’s once again taking place in Kaapelitehdas (Cable Factory). Vegemessut aim to make vegan eating easily approachable to everyone. Tickets are 10€ (pre-bought) or 12€ (at door). 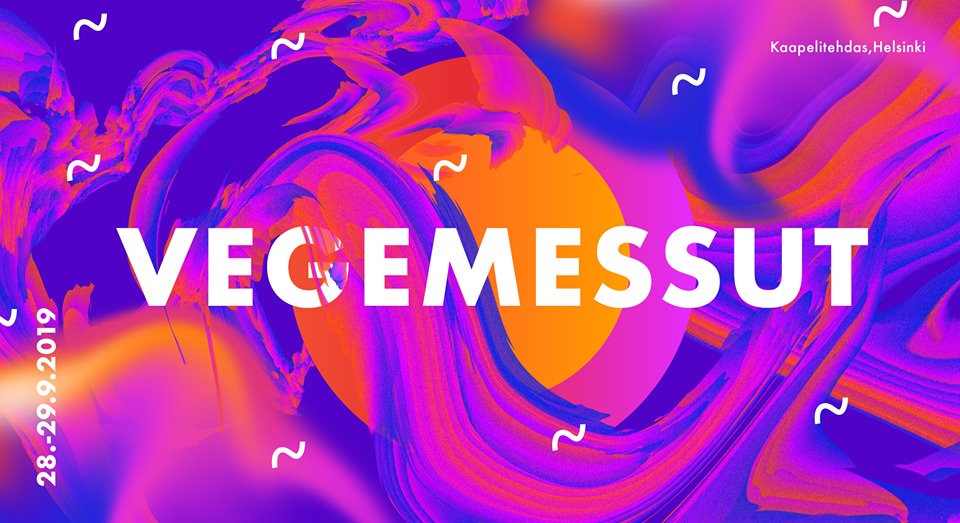 Ellen Thesleff was one of the most celebrated artists of the Finnish Golden Age. Her work incorporated Symbolism and Expressionism, and she made a name for herself not only in Finland but on an international stage. This collective of her work is curated by art historian Hanna-Reetta Schreck. Tickets to Helsinki Art Museum (HAM) are €12. On until January 2020. 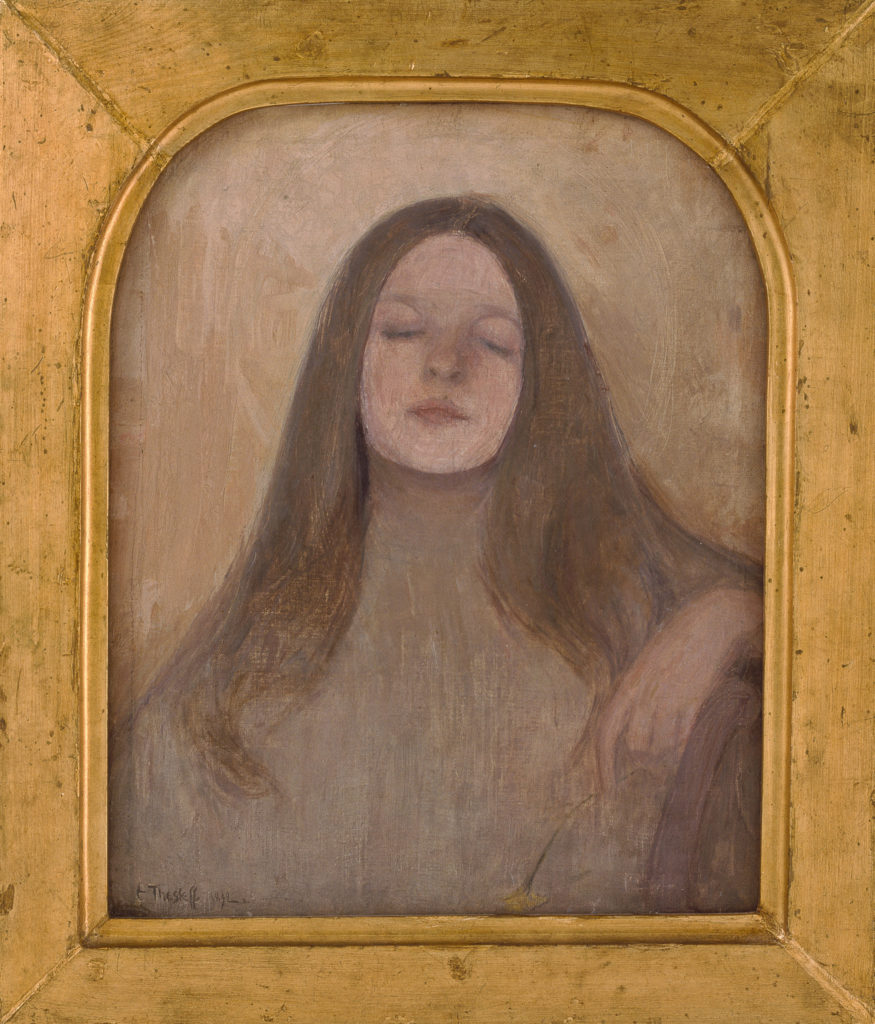 There’s No Room For My Wings is a performance by circus and theatre troupe Sivuhenkilöt (Sidekicks). In this performance, Sivuhenkilöt tell a narrative about a fictional workplace and its employees through aerial acrobatics and theatre. Tickets start at €17.50. On until the 22nd of September. 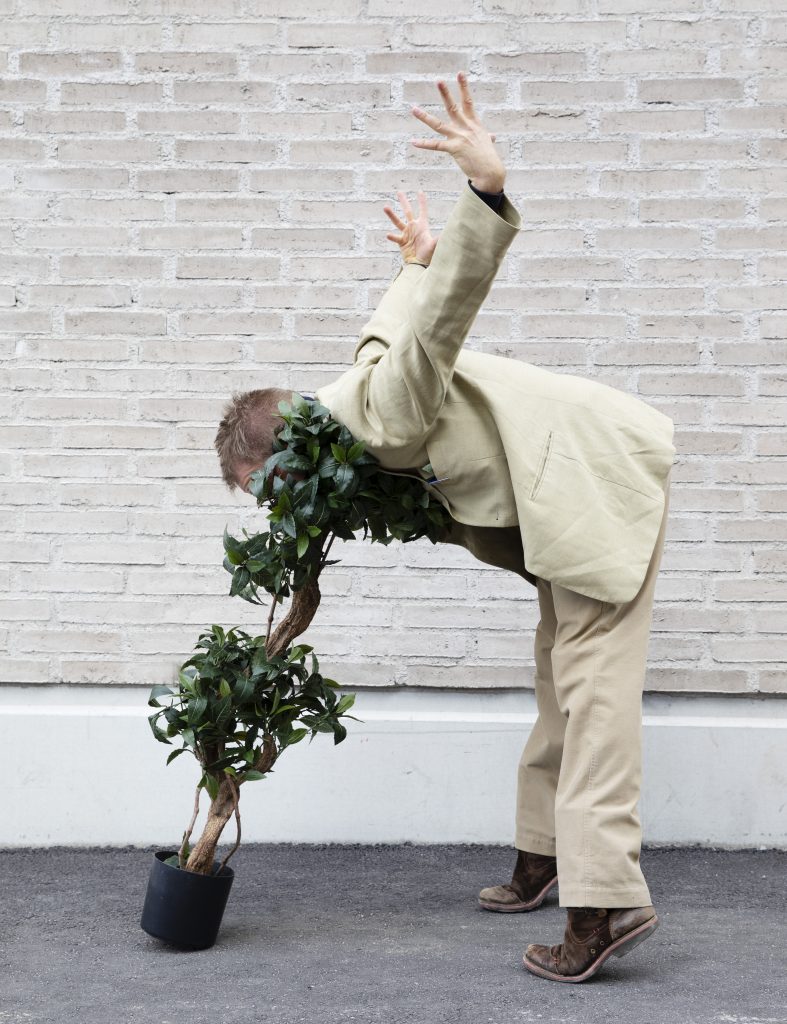 Amusement park Linnanmäki is once again hosting a week full of spooks, so you can get into the Halloween mood a month early! Iik! Week includes a costume contest for 16+ year olds on the unluckiest day of the year, Friday the 13th. Entrance to Linnanmäki is free, a wristband for unlimited rides is €42. Events run from the 7th to the 22nd. 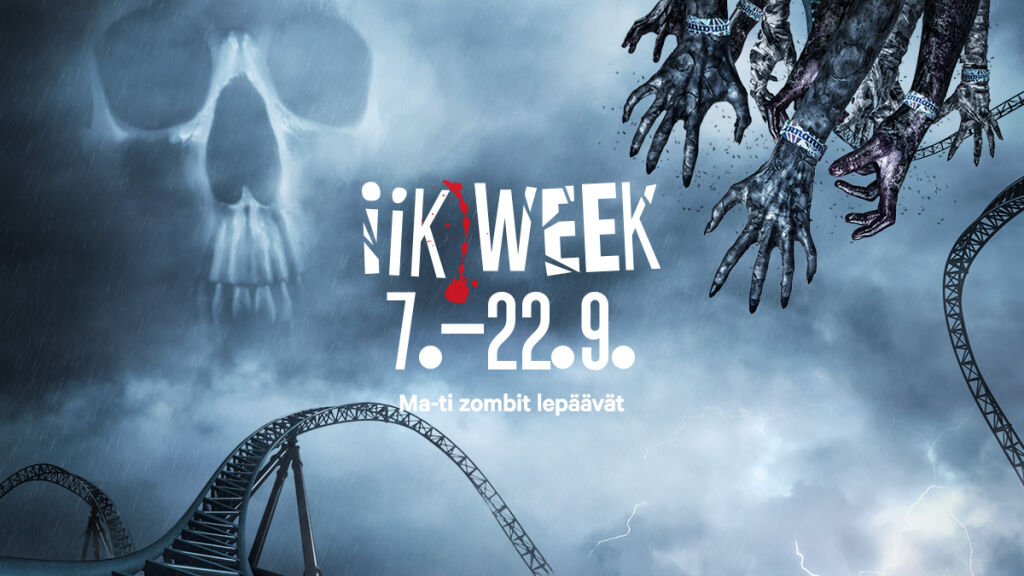