Last month, 200,000 people took to the streets to attend Copenhagen Pride – a rainbow-hued affair dedicated to supporting the LGBTQI community. There’s no doubt that it was one hell of a bash. But some, such as Niels Holm, have voiced concerns that some in mainstream Denmark – politicians in particular – attend pride but then don’t back up the political message behind it.

The fight for LGBTQI rights can feel like a distant concern in Denmark, historically a world leader on many issues within the struggle. It’s worth noting that as a largely homogenised country with a strong welfare system (and therefore minimal wealth inequality), the approach to these issues is often less intersectional than it necessarily is in more populous, diverse countries; something that is now shifting.

Denmark was the first country in the world to legally recognize same-sex partnerships and the first successful gender reassignment surgery took place in Copenhagen in 1951. There is, however, more to do when it comes to securing specific freedoms and dignities across the community, which spans a range of sexualities and gender identities.

In honor of Pride, in Denmark and around the world, we look back at the country’s LGBTQI history and forward to the battles that are still yet to be won.

Homosexuality was first decriminalised in Denmark in 1933. Fifteen years later, the country’s first gay rights organisation was born. Inspired by the 1948 UN Declaration of Human Rights, a group of activists created Forbundet af 1948 (Association of 1948) in Aalborg. Among the founders were gay activists Eigil and Axel Axgil (then Eigil Eskildsen and Axel Lundahl-Madsen), who would later become the first gay couple to enter into a registered partnership anywhere in the world.

In the 1980s, Denmark again took several steps forward. Anti-discrimination legislation was first extended to include sexual orientation in 1987. Two years later, Denmark became the first nation in the world to recognise registered partnerships for same-sex couples. That year, the Axgils were among ten Danish couples to be married in Copenhagen City Hall, with both men changing their surnames to a combination of their first names as a symbol of their commitment to one another.
It was not until 2010, however, that LGBT parents were given full adoption rights as a couple, while it took until 2012 for same-sex couples to be able to marry in the Danish church.

Denmark’s relationship with trans rights has been complicated. Historically, transgender individuals were compelled to undergo sterilisation and gain medical approval in order to be legally recognised as a gender other than the one assigned at birth. Recently, the country has become one of the most progressive in the world when it comes to recognising certain trans rights. In 2014, Denmark became the first country in the world to allow legal change of gender without prior medical approval.

In 2017, Denmark will take another landmark step for trans rights: the country will be the first in the world to no longer define being transgender as a mental illness, putting it ahead of the World Health Organization which still classes transgender gender identity as a mental or behavioural disorder. The historic move followed years of campaigning by the trans community and human rights groups. 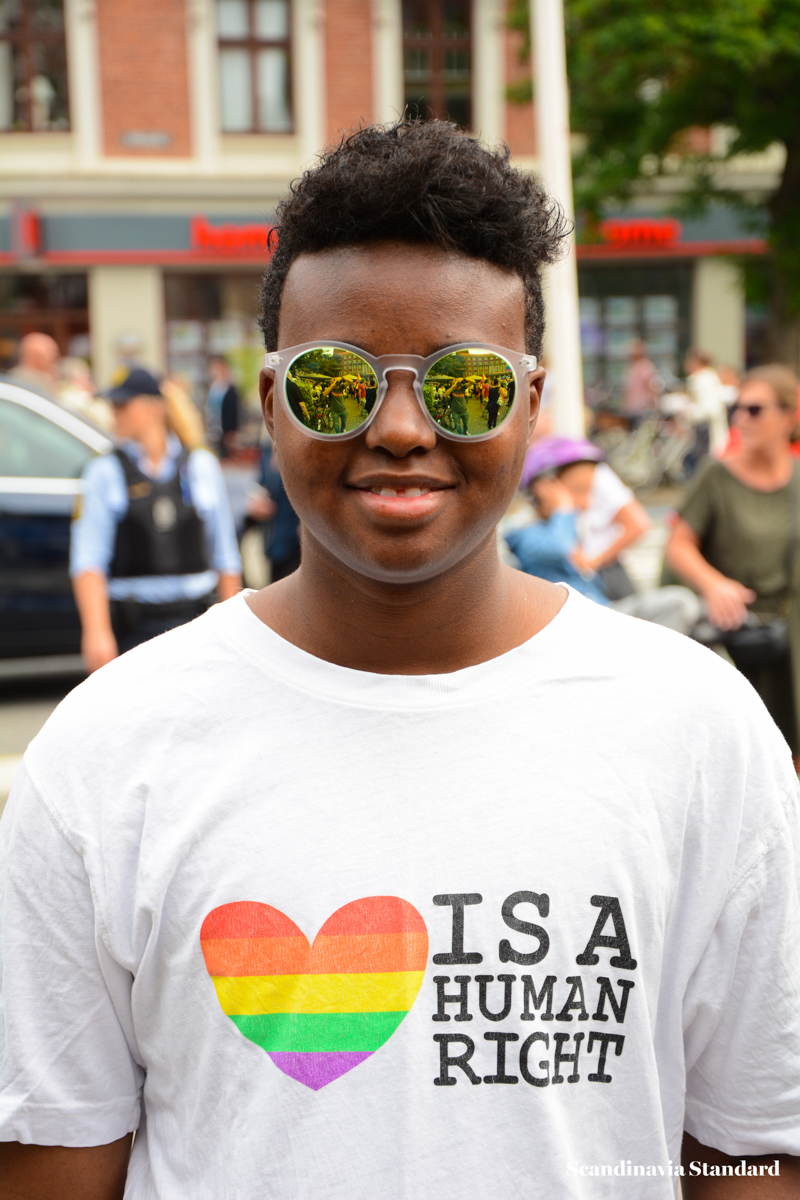 There’s more to do

Despite Denmark’s legacy of leadership in several areas on LGBTQI rights, there is still some way to go. Homosexual men, or men who have had sex with other men (MSM), are still not able to donate blood, stemming from fears that they are at higher risk of carrying HIV or hepatitis. According to Jens Lundgreen, clinical professor at the University of Copenhagen, there is no medical justification for this. “In 2016, there is no reason to prevent homosexuals from donating blood. With the technology we have today to catch infections early, there is no reason to keep this part of the population out,” he said to fyens.dk, continuing, “In Denmark you should no longer separate the population into such stereotyped groups.”

This discriminatory policy may soon change. Ahead of Copenhagen Pride, political party Radikale announced that it will seek Parliament’s backing for a proposal to allow homosexual men to donate blood. Meanwhile, the trans community is engaged in an important battle for their rights.

Earlier this year, trans advocates collaborated with Amnesty International under the campaign “sygtsystem” (‘sick system’) to campaign against the discrimination faced by trans people following changes to the national health system. Whereas trans people were previously able to get prescriptions for hormone replacement therapy (HRT) or approval for sex-reassignment surgeries from private doctors, a 2014 reform centralised all trans care under the Sexology Clinic.

This means the clinic now has the exclusive power to sign off on trans treatments, and many trans individuals complain that they are subject to a series of psychological assessments where they are compelled to answer degrading questions in the hope that their treatments will be approved. Some have been locked in the system for upwards of two years, their cases stalled, with no idea of when their treatments will be approved.

The Sexology Clinic traditionally deals with sexual offenders and deviants; therefore viewing transgender through the lens of a sexual issue. “Gender is between my ears, not between my legs,” says Mark Nielsen, a trans man and advocate of the sygtsystem campaign, to The Murmur.

While the campaign succeeded in a Parliamentary vote to remove the diagnosis of ‘transexualism’ from the list of mental disorders, which takes effect in January 2017, access to treatment is still a critical issue.

“What we must fight for now is that the medical treatment of trans people is also moved out of the psychiatric regime and it once again becomes possible for private gynaecologists to monitor our treatment, as was possible before 2014,” says Elias Magnild, an active member of Transpolitik forum, speaking to Modkraft: “It will be a long and hard battle, as the health system is holding tightly to the existing model.” 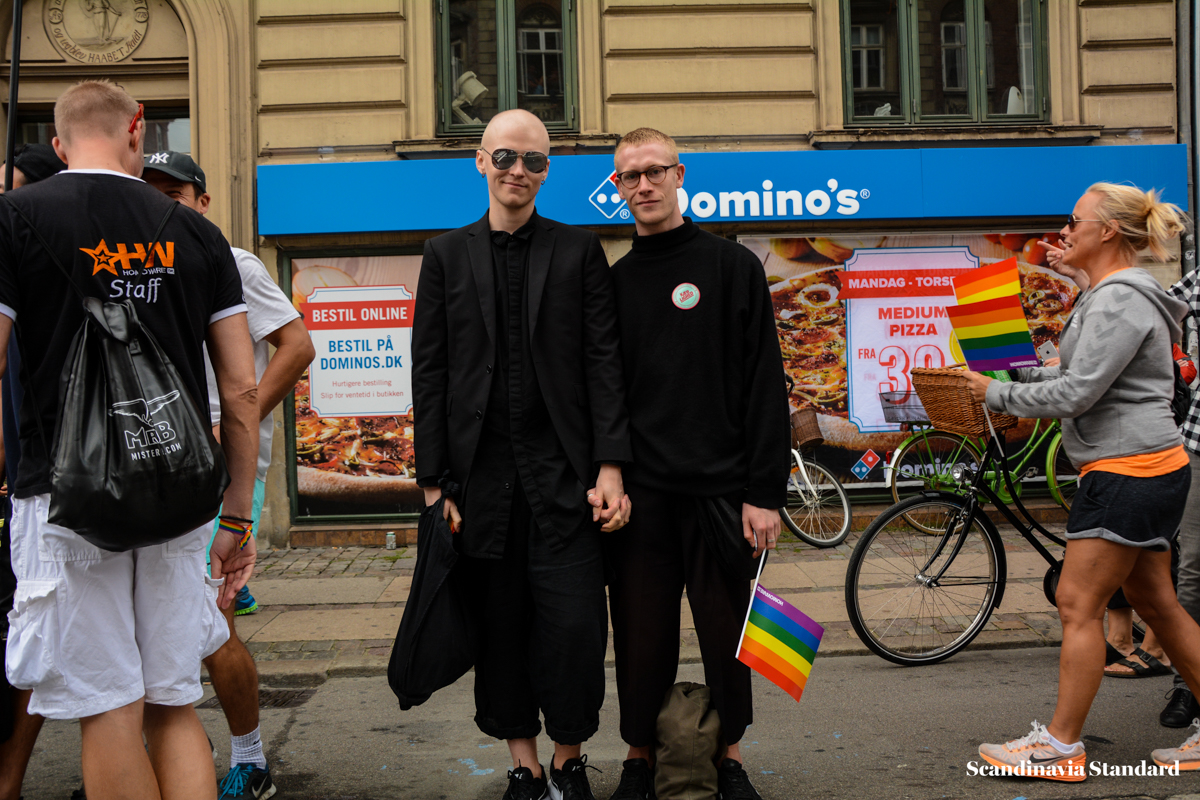 Do you think Denmark’s record on LGBTQI+ rights is impressive? Do you see other gaps within this human rights issue? Share it in the comments!