After seeing Caravaggio’s “Medusa” at the Uffizi Gallery in in Florence, I wasn’t able to stop thinking about it. I would imagine snakes coming out instead of hair, imbuing me with the same inexplicable, scared feeling that I experienced upon looking at the painting.

The same thing happened to me when I first saw Danish artist Troels Carlsen’s work: human bodies having natural-appearing snake hands, butterfly heads and leopard breasts. A realist of the imagination.

We sat down with Troels to find out about his work, inspiration and why he’s interested in the surreal:

This interview has been edited and condensed for clarity.

Tell us about your process of becoming an artist?

It happened without me actually realising it. I started drawing when I was young but I was never someone who is crazy about drawing all the time. I just enjoyed it and was quite good at it, so for a long time it was just a habit. I dropped painting several times in my youth because there was no one around pushing me to become better at what I did. But then I told myself that I should take drawing more seriously. Having ended up in an art world was about the waiting; waiting for the motivation to sit alone, practice and get better at what I was doing. So I guess I just started doing my own thing, but it was never about meeting the vision of becoming an artist in an academic sense. It took me a while to grasp the idea of being a professional artist with references to art history and placing myself in its context.

The transition from a hobby to professional art happened over a long period of time. But when you start seeing yourself from the outside as someone who is or could be a professional that’s probably when you really end up in the art world. 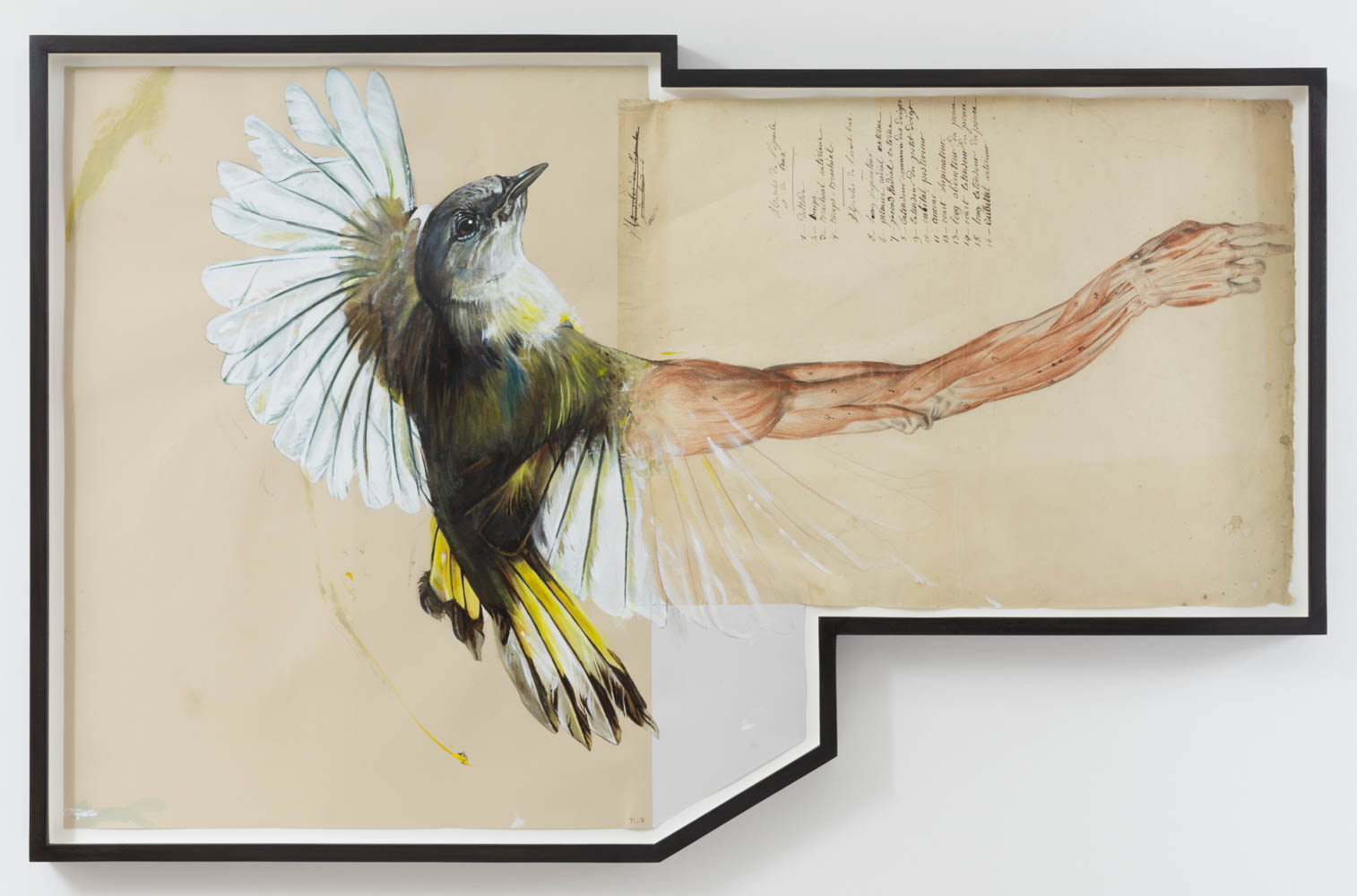 Your art is all about the collision of surreal and real. Are you looking for something in between? Maybe you want to show us something that we don’t see?

It’s a balancing act. I see my work as a medium between physicality and something that is within the mind, touching our inner world. That could be partially psychological, partially spiritual and even anthropological. It’s also about collision between what is real and what is not necessarily unreal or surreal but the imaginary stuff that’s inside of each person and that has to do much with impulses and feelings. Polarization and the materials I use play a huge role as well. So my art is kind of a medium between what was, what is and what will be.

Animals are prominent in your art, especially monkeys. In the selected paintings we see monkeys in the hospitals and labs. Is this representative of your feelings on animal exploitation?

My paintings are generally very different from my paper work. They are less elegant, less sophisticated but more brutal. I did lot of research, not only on animal exploitation, but also how they are treated in the hospitals and about the equipment doctors use during the surgeries or dental treatments. Showing animal exploitation is not something I’m necessarily aiming for, although I know those paintings bring that feeling.

They have more to do with weird circumstances like taking animals away from their natural habitat and putting them in to the labs or hospitals. I find that there’s a certain renaissance feeling when you see animals suffering: the emotions you see on their faces when undergoing operation or getting prepared for it. It has kind of same romantic sense of gestures you find in old paintings that talk about Christianity or Christ on the cross.

Talking about the animals, many of your pieces showcase human bodies merged with reptiles, birds, and other predators. You definitely are into human anatomy. How are the humans and animals connected?

I won’t start talking about the biological side of humans and animals because we have so much in common. When you look straight at the human anatomy it’s pretty beautiful. Especially muscles. I’m not going to say they are sexual but they definitely have this sensual feeling. Mixing anatomy with the parts of animals seem pretty elegant and seductive to me. Some of my best work have to do with birds, snakes and leopards. So I think I am quite successful in merging things that are not meant to go together but if they do, they function as one body, which is very interesting.

Who are the artists who inspire you the most?

The more I grow as a painter and the older I get, I notice that I am directly motivated by some of my favorite painters like Velasquez, Caravaggio, Delacroix and Rubens. It’s unbelievable what they pulled out so many years ago, how they created those very large scale paintings and wall paintings without electricity and without all the information we have now.

Today, I can surf the internet and find any photo or any situation I’d like to research while those artists had to do lots of sculpture studies, maybe also look at old engravings (that were rare in those days) and travel to other countries to find relevant information.

It’s unbelievable what they accomplished as artists and simultaneously the value and the quality they delivered back in the times when everything was so complicated. The craftsmanship and draftsmanship is something that is left behind; we are getting more into a conceptual way of producing stuff, I guess. So those artists are definitely textbooks to lean up against.

You use lots of symbols in your works what do they stand for?

When I use candles or pencils or other small pieces I often look at their length and form. I imagine how a pencil might grow out from a body or how a candle might melt on a head. Symbols are beautiful elements that support the main scenery. They also tell a certain narrative and create intimacy with the viewer.

I came across one of your paintings depicting 19th century scenery with an unexpected Jeff Koons bubble sculpture. You put New into Old in pretty amusing ways. Tell us about that.

I never exclude anything; whatever I feel like has to stay in my production, stays. I am not very radical about changing my skin all the time as an artist. But the particular work you mentioned was for an exhibition I did in New York several years ago.

At that time, I was inspired by painting in a more conceptual way, so that’s the reason I depicted Jeff Koons massive sculpture in this old scenery. It was my version of pop art within something that was already about pop art. I wanted to reintroduce sculpture that was not scandalous but very distinctive for our time.

Even though Jeff Koons sculptures are considered pretty old already, I decided to put it further back in history. So it’s kind of a double-down. I like playing with different periods of time.

You and your brother Asger both went into the arts. You are a painter and he works on a photographic material. How did you both end up on this path?

When we first saw a skateboard magazine back in 1984, Asger and I were both amazed, especially my brother. It was so new for him, the way he saw the photographers using their cameras, photographing California with palms behind in a fisheye perspective and the skateboarders flying in the sky. We picked up a certain vibe coming out of California and America, I guess.

What we do now has nothing to do with skateboard culture but it was like our first handshake with a culture that led us to a more traditional understanding of the contemporary art world.

I personally ended up creating European-inspired art and my brother moved to live to New York. I think the stuff he does, however, is also European as it has to do much with detailed sculpture and exposed nakedness.

Artists from Scandinavian countries are more prone to minimalism, pale colors and melancholy. Your works are exactly the opposite. Is there anything Scandinavian about your art?

It’s true what you say. I always felt that I was different in a way. I like Scandinavian style with all those pale colors and minimalism but more for the background; as a tool for creating mood. I am inspired by the art references coming from the Southern Europe as they have more to do with physicality.

Especially the sensual feeling that you find in the works of painters I have mentioned before. I am fascinated by the way they introduced and included elements like light in different scenarios. I am very much inspired by exotic elements like leopards, tigers, carpets with patterns. Things that French painters would paint when they traveled to Tunisia for instance. Things that are sexy to paint to be straightforward. Body passion, its movement and elegance of composition is what interests me the most and it is very different from what you find in Scandinavian art. Here everything’s more controlled and reserved. Maybe because of the Nordic way of design and architecture. That’s kind of boring to me. I am attracted to that other side. 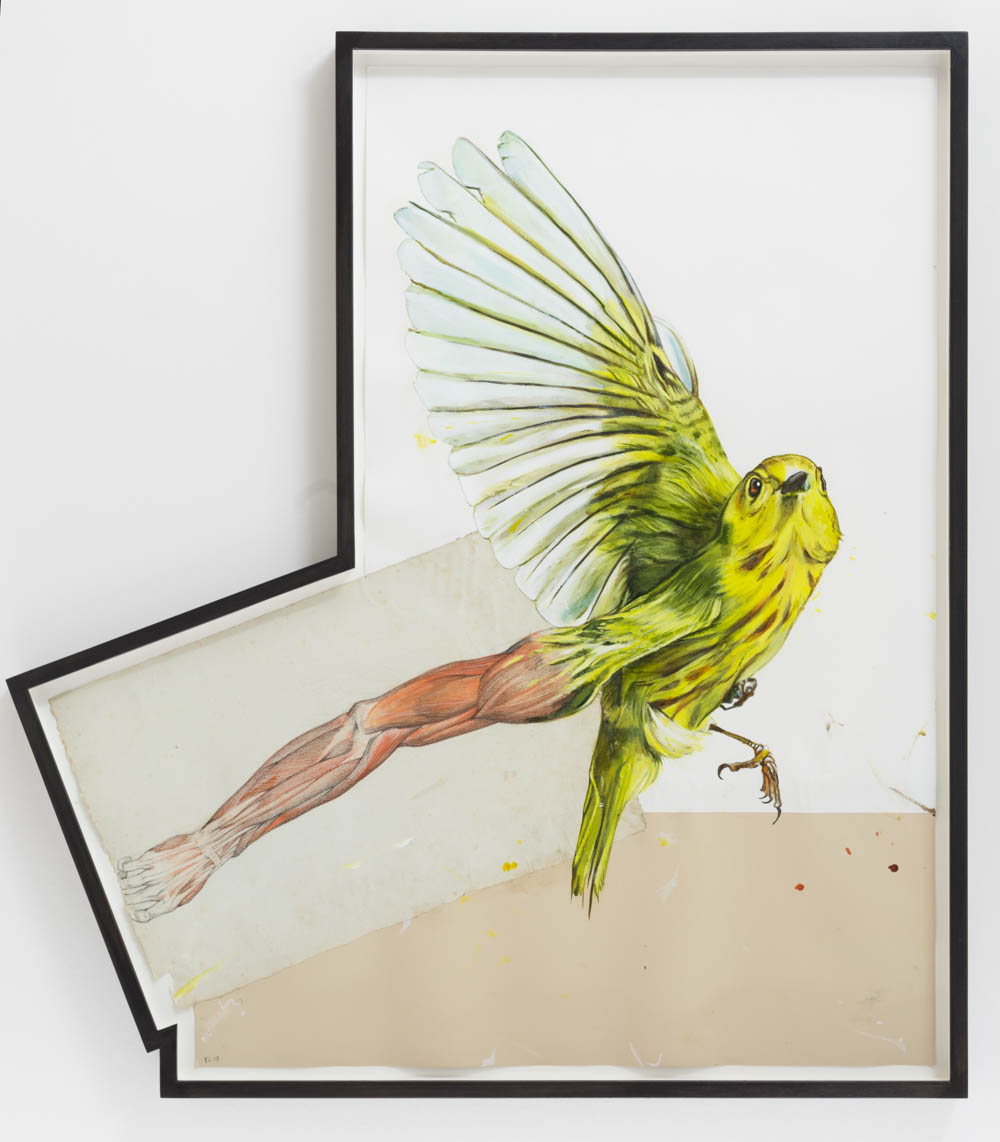 Tell me about your “Other World” exhibition.

The “Other World” exhibition took place at 18 Gallery, where I’m represented in Copenhagen. It was about something that is on the other side of the physical life and was also about the journey, the imaginary transition from our earthly life to something else. Something that exists after we no longer exist here on the planet Earth.