Although Denmark-based Anthony Dexter Giannelli has always had an artistic practice, he never planned to be an artist. “I wanted to get out of the US, where I grew up, and the easiest way for me to do that was to study. So I started studying Culture at Copenhagen Business School. My best friend in high school was Danish, so I had this connection to Denmark already.”

Giannelli, who is Italian and Panamanian, grew up in Erie, Pennsylvania. Growing up queer and visibly Latinx, he often felt othered and isolated in a small town, hence the desire to leave. It was a major accident in 2017, however, that brought about what he considers the defining element of his artistic drive: physical disability.

“While I was at CBS, I did some exchanges. I lived in Colombia and then in Rome. It was wonderful. But halfway through my studies I had this major accident that resulted in several surgeries.”

After the accident, Giannelli had to be on bedrest for three months. During that time, he began focusing on art in earnest. “I was just locked in a room and I could barely move,” Anthony remembers, “So going back to art felt natural for me. My grandmother, who is from Panama, had taught me a lot about art and I really used that.”

He moved to Los Angeles for two years in 2017, where he worked at museums and delved deeper into his art.

Though Giannelli’s initial recovery was good, in 2019 moved back to Copenhagen and then discovered he had developed a bone disease related to complications of the accident.

“At that point, what was previously a temporary disability became a permanent one,” Giannelli explains. “I can move around somewhat, but my movement is severely limited. Sometimes I can walk with a cane, but other times I need a wheelchair.”

Giannelli’s involvement in the art scene had been consistent up to that point, and suddenly accessibility issues became glaring, as he found that places he used to frequent were not able to accommodate him. Shortly after, the Coronavirus pandemic spread across the world, and virtual meetings, events, and exhibitions became the norm.

“I felt really included during that time, because suddenly my needs were the needs of the whole world,” Anthony explains. “But when the pandemic eased and people started meeting in-person again and it was like all of that accommodation was just gone. I was hoping things had changed for good, but it doesn’t seem like that’s been the case.” 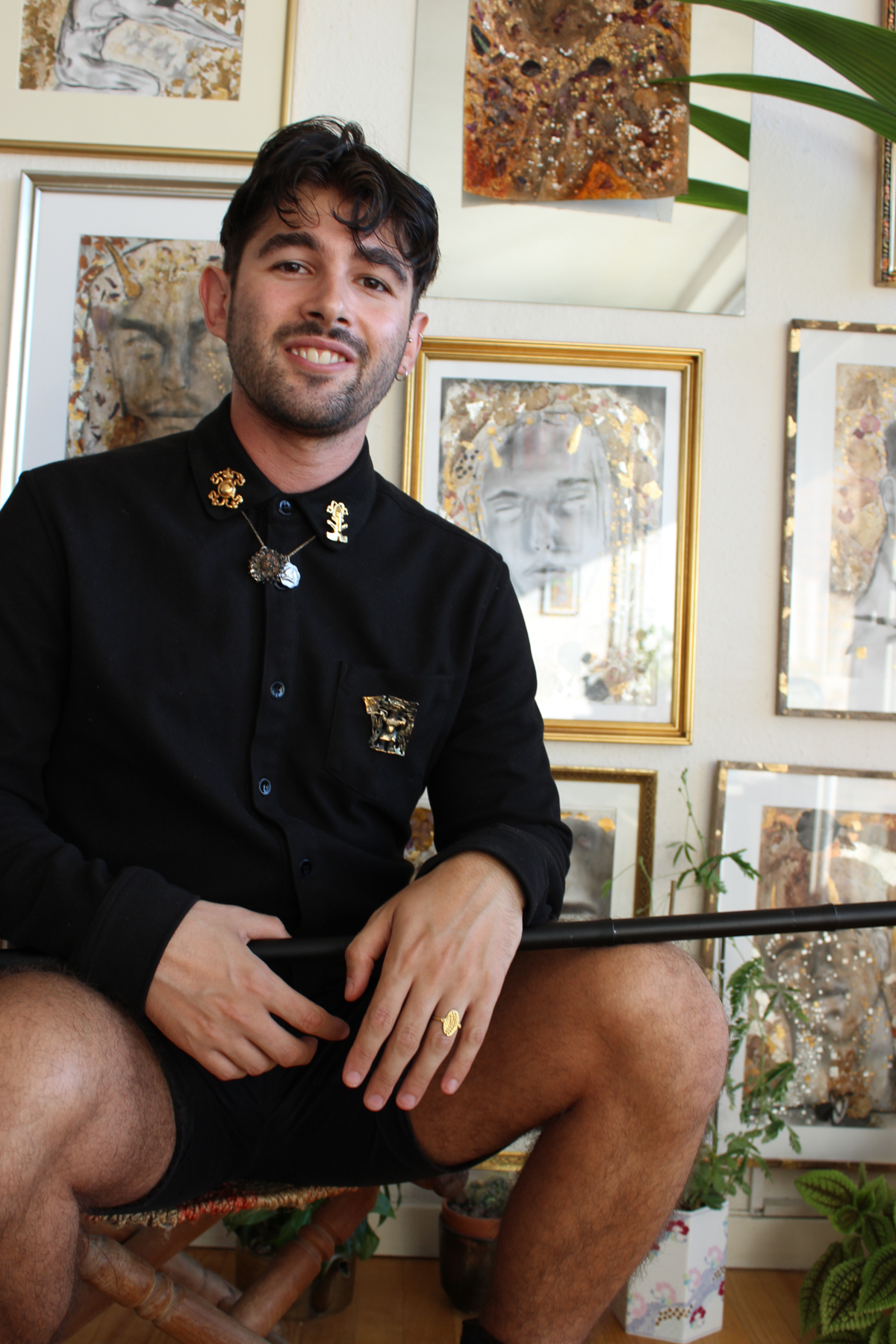 Giannelli feels that being honest about the ways in which his disability holds in back in the art world is a step towards advocacy and, hopefully, change. “A big aspect of being an artist is having a community and networking. You advance your career by doing residencies. But I am not able to travel; I have medical treatments and access issues. So as a result, I am closed off from a lot of the things that could boost my career,” Anthony says.

Even enjoying art – whether you’re an artist or not – has accessibility problems. Only three of the museums in Copenhagen provide wheelchairs, Anthony notes. “And even if there is a wheelchair, there are always exhibitions that can’t be accessed via wheelchair,” he finishes.

Despite these setbacks, Anthony has moved forward with his art, as well as bringing attention to disability rights in the arts world. He is involved with UKK, the Danish artist’s union, and plans to organise more around accessibility in the future.

Anthony’s pieces speak to the duality of his interior and exterior lives. Much of his work focuses on marble statues, particularly ones that he sketched in Roman graveyards. He incorporates found items, including shed snakeskin from his boyfriend’s pet snake, flowers, and metals, into the works to create art that undulates between quiet and loud; smooth and textured. He even uses scent, such as Paolo Santo. Despite the stillness of his work, there is so much sensuality and movement in the materials. It speaks to a restrained desire that acts as a red thread throughout Giannelli’s work.

“I started working with gold as a way to connect to my Latinx heritage,” Anthony notes. “I struggled to connect to my Panamanian roots as a kid, but when I went to study in Colombia on exchange, I was able to do that much more freely. Gold felt like an interesting avenue to explore the Indigenous Latinx history versus European or American colonial histories. It was, and is, such an important metal and was so openly available pre-colonialism.”

Anthony’s work stretches from the personal to the political to the historical with fluid ease. It is perhaps because Anthony lives all these truths simultaneously that he is able to so clearly imbue his work with multiple, layered meanings.

Despite feeling proud of his work, Giannelli’s dual aim is to shed light on issues of disability and accessibility in a country that is typically considered one of the most accessible and “well-planned” in the world.

“Urban planning for who, exactly?” Giannelli asks. “My art speaks to how I feel about my physicality, my heritage, lots of things, and definitely a feeling of isolation that I think a lot of physically disabled people feel. I wish that this country would do better at including everyone. We are missing out, for sure, but is everyone else, by not getting the disabled community’s perspective. That’s what I hope my art can do for people.”