We first encountered the work of Bournemouth-based photographers and filmmakers Grace Lunn and Zach Dodds through their street style photography. Their fresh images and keen eye made them stand-outs shooting during the Scandinavian fashion weeks. Though both fairly new to the fashion photography world, Lunn and Dodds have quickly made a name for themselves as a team who know how to ferret out the most visually engaging outfits and trends.

We sat down with Grace and Zach to find out more about their work in fashion photography and filmmaking, and what makes Scandinavian fashion weeks different from the rest:

When did you begin working in photography and videography

Zach: I started taking an interest in photography in 2014, at the age of 24. In my younger years I always presumed I would take up a career in the visual arts, but after losing focus and dropping out of college at 18 those dreams faded. In hindsight, I never quite understood the concept of education. I was lways anxious because I didn’t know how to do something properly. The thought of going to University and studying something I didn’t know if I could learn was terrifying.

Grace: I think a lack of direction led me away from the university route and drove me to finding the highest paid apprenticeship I could and settling into the nine-to-five life. I don’t even think being a photographer had crossed my mind as a viable career but watching Zach start to see success with his fashion work a year or so into our relationship saw me jumping in the deep end. 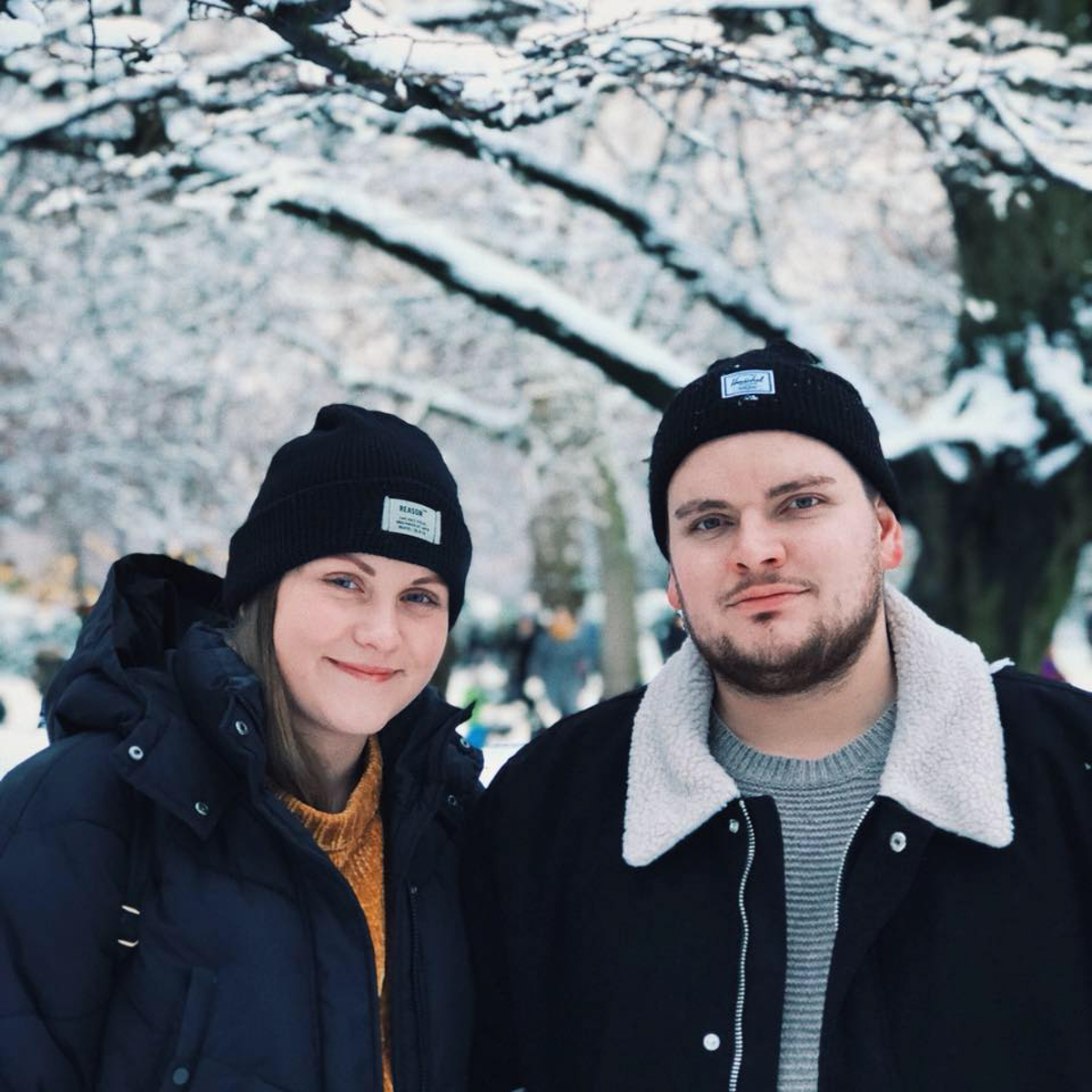 Why did you choose these specific mediums?

Zach: Once I picked up a camera I was fascinated by replicating what I had been consuming all my life. It amazed me that I could create something that looked “professional.” At first, I was only interested in emulating others, but with time I began to develop my own style. Eventually, filmmaking seemed like a natural progression; taking a single image always felt too definite and the editing process with video allows me another platform to get creative.

Grace: At the point Zach started to grow as a photographer, it suddenly seemed relevant that my Dad had earned his living from photography for most of his life. I’d grown up around photography and design but it wasn’t until that point that it seemed like something I could actually do myself. Once I started to see the images Zach was creating at London, Milan and Paris fashion weeks my interest started to build and my Dad’s passing in 2016 pushed me to take the risk on a new venture.

Zach: Within the space of a year I watched Grace go from trying to figure out how to change her shutter speed to seeing her photos on Vogue.com. I’d be lying if I said I wasn’t a little envious of her talent. 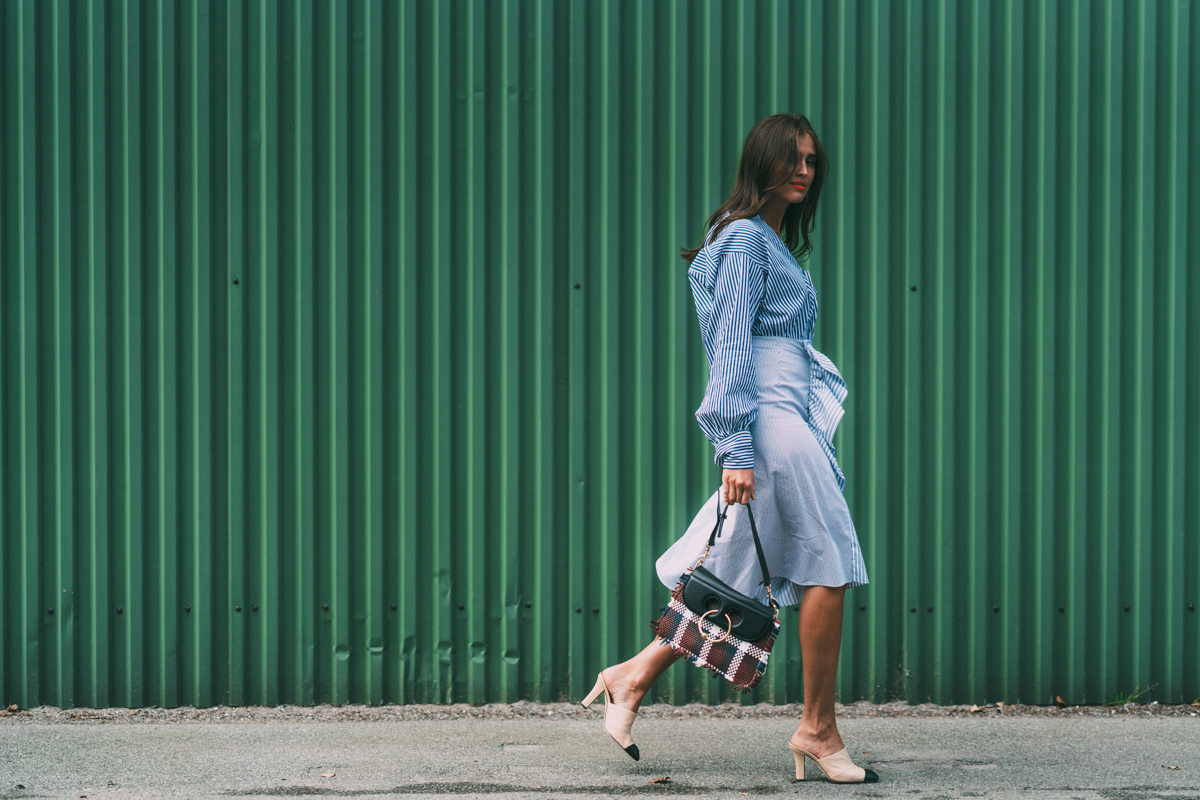 Do you feel that street style photography reflects fashion as a whole, or is it its own particular category of visual creativity?

Zach: We come from a large town in the south of England where there is an arts Uuniversity but we also largest density of retirement homes in Britain. Working in the fashion industry as street style photographers became our escape. We started our street style project “Well Dressed Streets” in 2016 and quickly found ourselves getting paid to travel around Europe and across the Atlantic to New York Ciry. Exploring all these new cities and meeting photographers from all over the world, it felt like we’d been living in one room all of our lives.

“Street style” is a very accessible area of the fashion industry. It’s a way in for many photographers and wannabe-influencers. It was through street style photography that we met some brilliant people who opened doors to higher paying clients. That enabled us to explore fashion scenes around the world, and was a gateway to working backstage at shows. 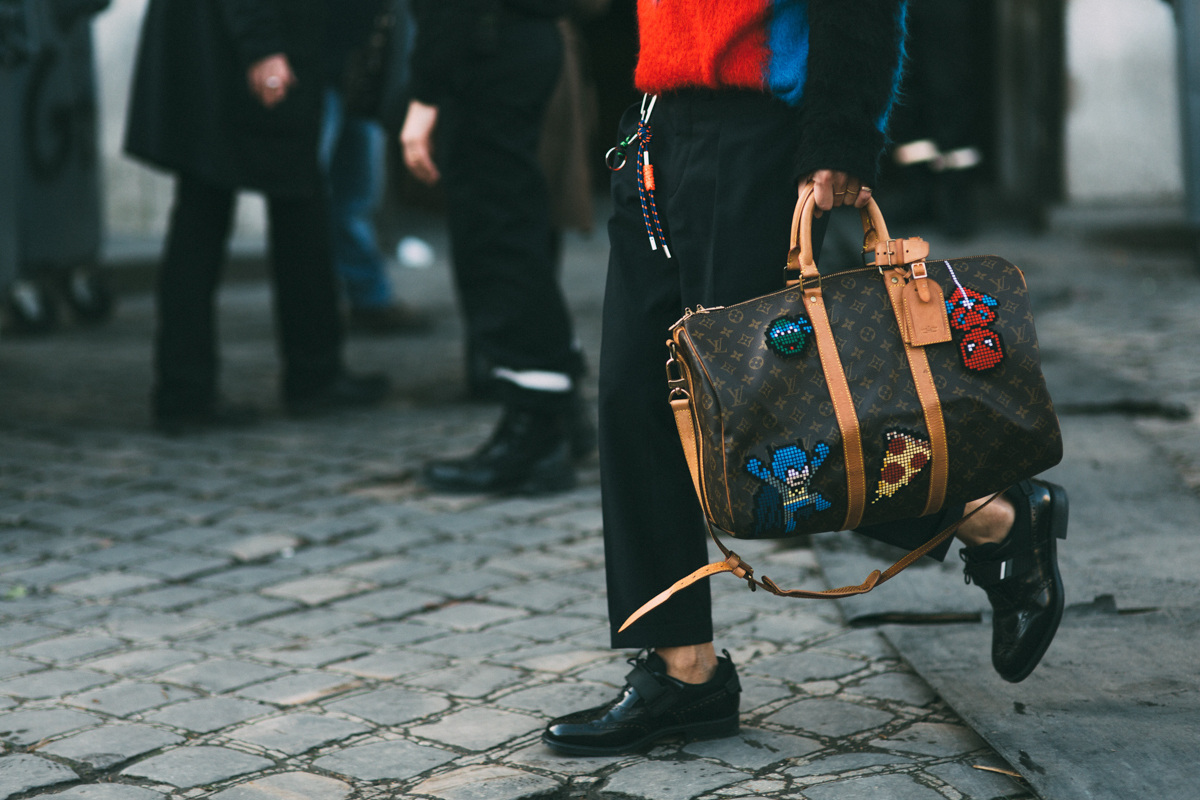 Grace: Zach has gravitated more towards backstage over the last year, which has coincided with his move to filmmaking, whereas I think I’ll always be more at home with street style. The way influencers and show-goers integrate and play with the trends in their looks can totally change my perspective on pieces that I’ve seen on the runway. At the same time, when you see an influencer change looks five times in a day it can be hard keep interested.

Zach: It seems like the street style phenomonon is in some ways its own entity, independent of the rest of the fashion industry, but it is still driven by the brands and designers. It’s become a major marketing tool and while you can find true expressions of style at the major fashion weeks, so much is tied to sponsored content.

Grace: Absolutely. For me, it’s all down to wearable fashion. At the major fashion weeks its not uncommon for influencers to wear four or five different outfits in a day, depending on the shows they’ll be attending, and not one will feel authentic.

At Scandinavian fashion weeks you’re not seeing this huge disparency between what you’re shooting outside a show and what you’ll see on the street two weeks later. Obviously you still see looks that don’t quite fit with the wearers normal style, but as a whole it’s conceivable and that translates to the images. Some of my favourite shots are from Copenhagen Fashion Week. 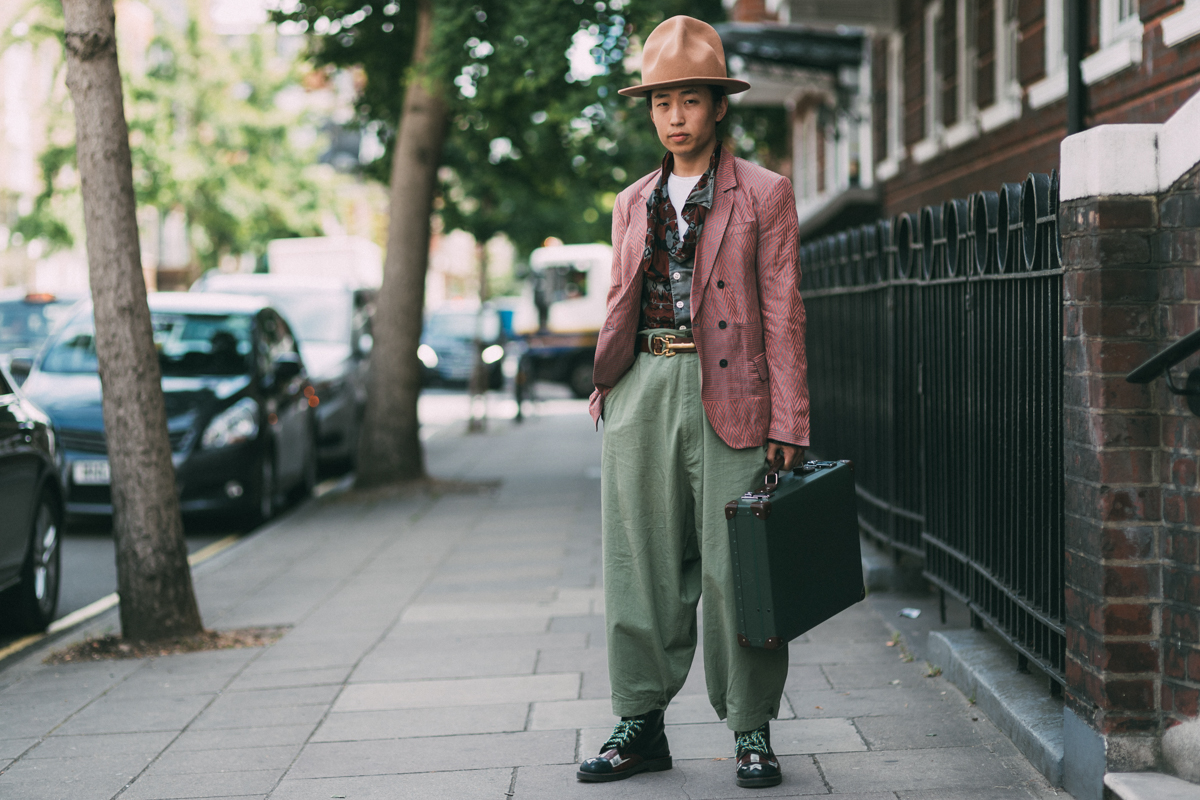 Zach: I couldn’t agree more. The Scandinavian fashion scene seems far more inclusive in terms of pricing and wearability than the scenes in other fashion capitals such as Milan. Coming from somewhere like Paris or London, however, it does feels less racially diverse. There are definitely designers that are pushing for a more diverse line-up on the runway but it can still feel lacking in some shows. In terms of street style, it can be challenging to find the diversity needed for an international audience.

Grace: It will be interesting to see how the Scandinavian fashion weeks develop with the increased exposure they’ve got in the last year. When we first shot Copenhagen Fashion Week there was only a handful of other photographers; that number is growing every season.

Tell us about your latest work

Zach: The last thing we shot was actually a wedding. Never in a million years did I see myself as a wedding filmmaker, but here we are filming weddings. We take every opportunity to develop our style and shooting weddings is helping us focus more on story and really cultivating emotion in our films.

Grace: We can’t wait to bring what we’ve learned in the wedding industry back to our fashion work as the season begins. 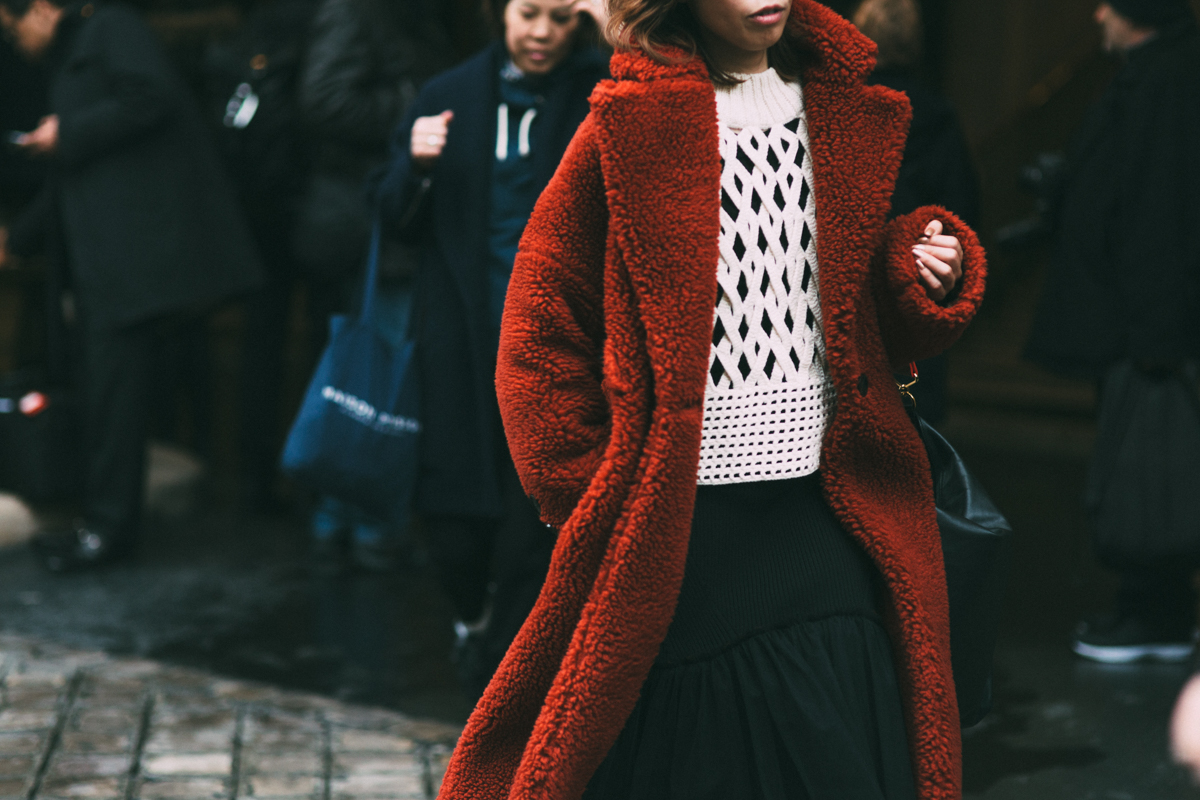 Who or what inspires your work?

Zach: We’re exposed to amazing content every day. It’s hard to discern where our inspiration is coming from at any one time. Not having gone through a formal education in our art, we haven’t studied past masters or delved too deeply into theory. We keep our inspirations current and are always pushing forward.

Grace: “Why isn’t anyone doing this with fashion” is a phrase I hear from Zach all the time. We’re always looking at other industries, how they’re creating content and how that could be applied to our industry.