Creatively engaging with his past and identity, Iceland-based painter and visual artist Lukas Bury challenges his own experiences through painting. Influenced by growing up in Germany (Bonn and Berlin) while having a Polish background, as well as now living in Iceland, national identification with objects has become one of Bury’s main motifs.

With references to still life and kitsch, Bury’s paintings represent the elements in our every day life that often go unnoticed but are crucial in identifying with a specific culture or time.

His most recent exhibition was “Extraterritorial,” curated by Ana Victoria Bruno in Reykjavik’s Polish supermarket Mini Market. He is currently part of the museum show “RAW POWER” at Reykjavik Art Museum, which will run until May 2021, and he has a solo show planned for fall 2021.

We spoke to Lukas Bury about how politics plays a role in his work and the Reykjavik art scene:

How did you develop your style?

It is a wild mix of German and Polish figurative painting. From the beginning of my studies, I’ve wanted to paint motifs as still life, landscape, or interiors. When I started I didn’t have the intellectual means to conceptualize and address it.

So I experimented with abstract painting, which didn’t satisfy me. Then, I did videos – probably as an act of self-sabotage. Now I’ve come full circle and started figurative painting again.

If there is one leitmotif, I would call it kitsch. It is everywhere and especially in the mass-produced images that I like, which in most cases stem from pop culture, the internet, or art-history. It is not merely about the ursprung (origin), but about the image’s processing. I consider my style a homage to kitsch. I have recently been inspired by pop-art aesthetics: the directness, vulgarity, and tremendous humour. 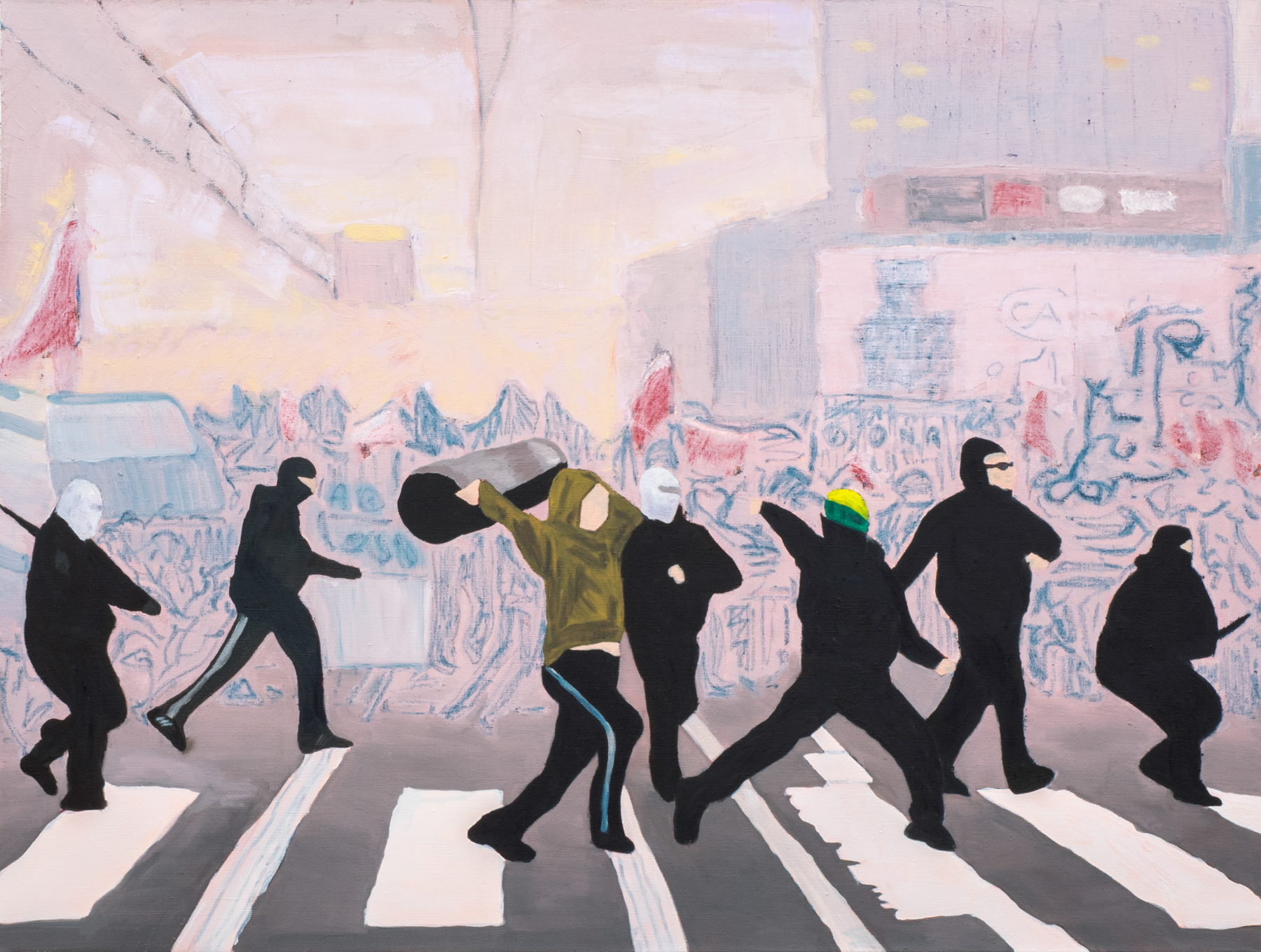 Above: On that beautiful Warsaw Sunday. Photo by Anne Rombach

Can you talk about the work that you made for the recent exhibition, “Extraterritorial?”

I created two still life paintings which both have conceptual meaning. They depict standard household food brands. The food is no longer merely food, but something more than food. This identification is supposed to awaken a certain feeling of nostalgia in the viewer. The milk is not only milk; it is Laciate, a Polish brand of milk.

There are such deep identity politics represented in the branding of products that are the consequence of marketing and a sense of familiarity. For example, the Nestle cereals that are only sold in the Polish Mini Market. Although there is nothing inherently Polish about Nestle, the cereals are familiar and sentimental for a Polish person.

The exhibition takes place in the Polish Mini´Market, which is a highly curated place. There are no mistakes, accidents, or coincidences. The products are selected for base ingredients for Polish dishes, and create a sense of belonging. The Polish community is the largest group of immigrants in Iceland, and if you don’t understand that context, it will just look like random Polish products. When you understand the context, however, the products have meaning and people identify with them. 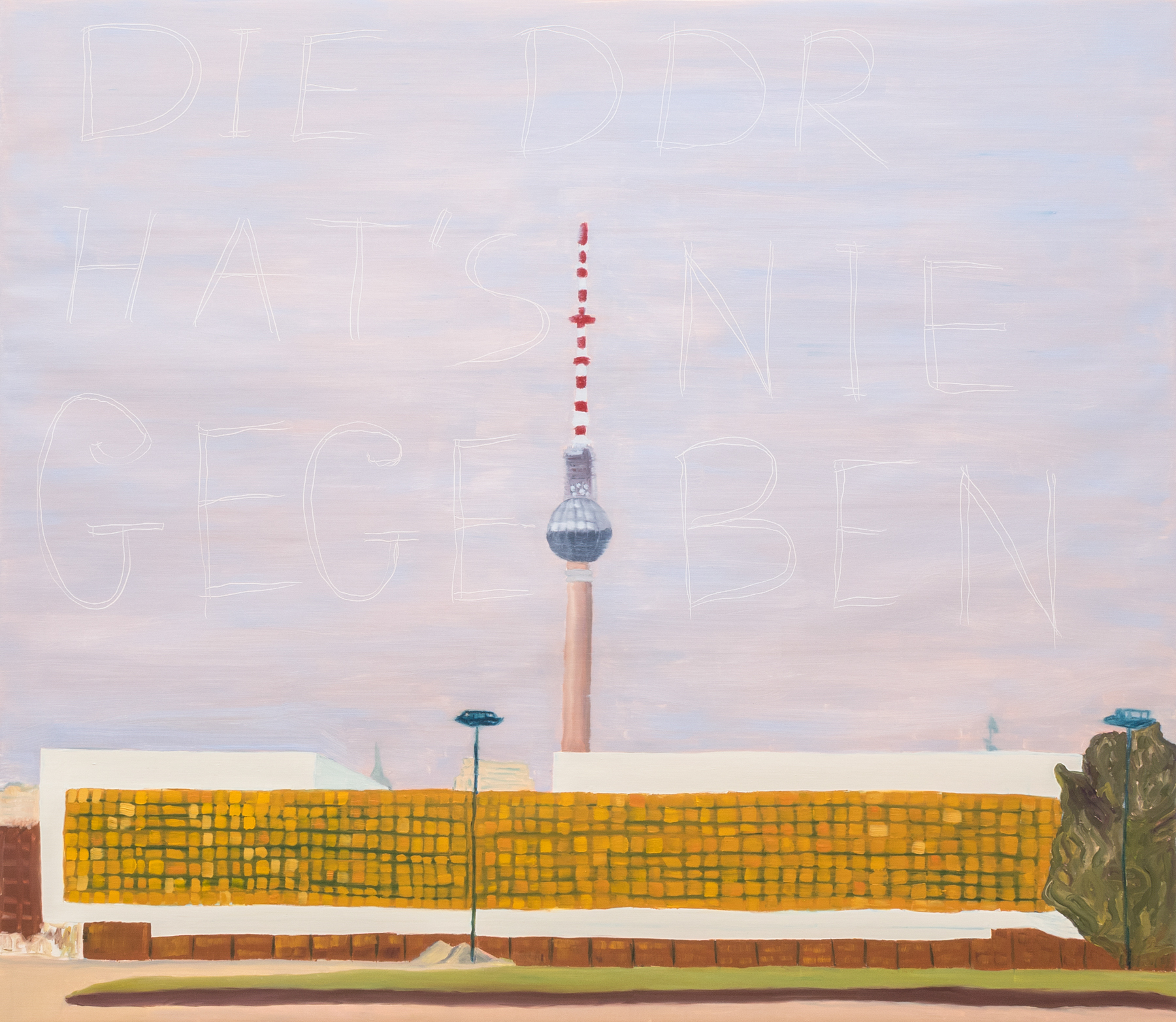 Above: The GDR never existed. Photo by Magda Typiak

Another work exhibited as a part of “Extraterritorial” is a collaborative piece between me and my fiancée, Weronika. She embroidered a cloth, called makatka, which is similar to those often hung on kitchen walls in central Europe, and contain quotes that enforce gender roles. It is an everyday object which has layers of meaning: appropriative, oppressive, and conceptual.

Alongside the cloth, we exhibit a video of her producing the artwork, accompanied by a monologue that reflects her personal background; how her emigration and the fact of getting married to a “Westerner” doesn’t necessarily liberate her from a patriarchal context back home. It has a different meaning for each of us, including for the viewer. 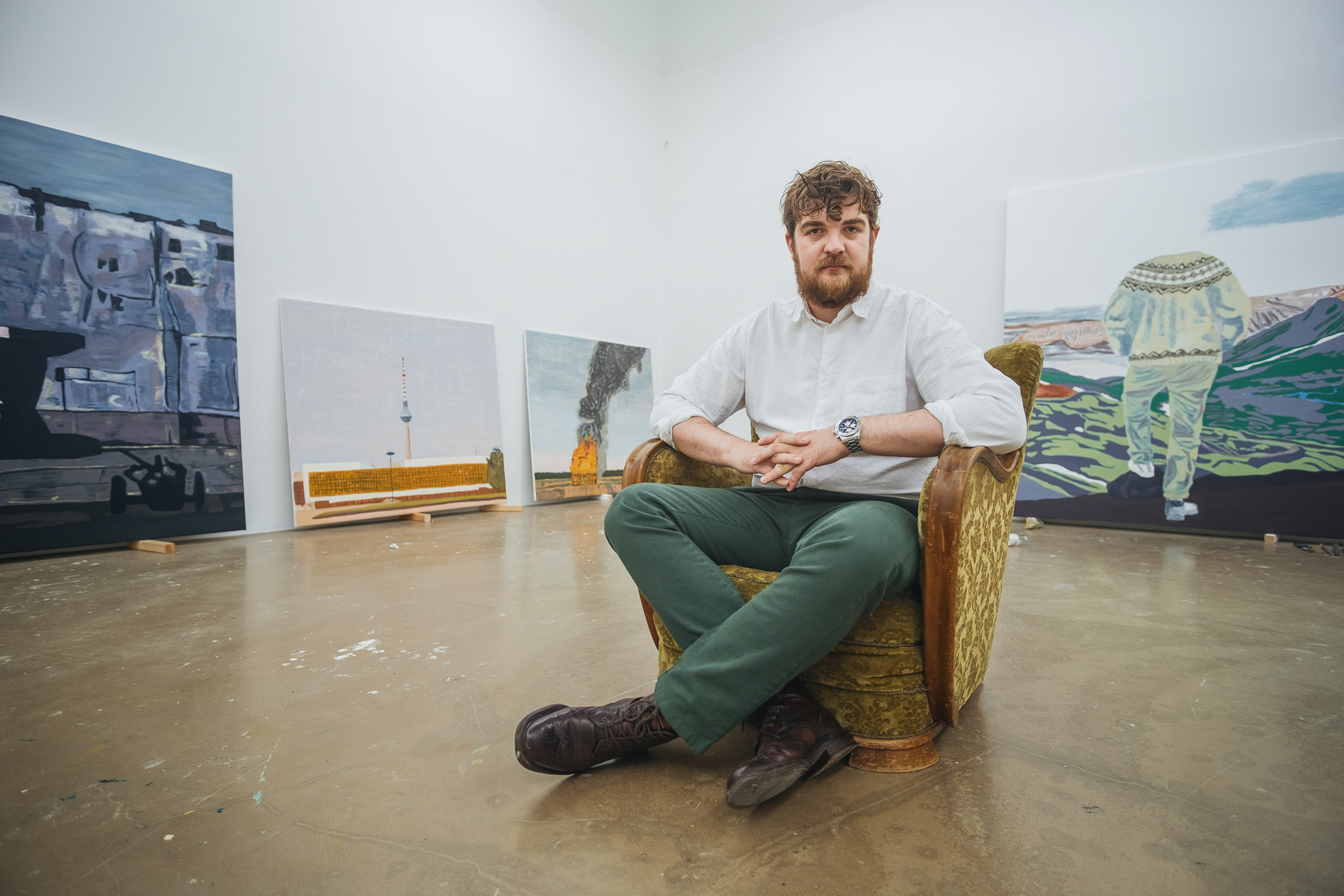 Above: Lukas Bury in studio next to his paintings. Photo by Patrik Ontkovic

The political message of your art is intriguing. How have the transitions in your life affected your work?

I was born as a second generation immigrant in Bonn, Germany, a pretty conservative place. The education model had a contemporary attempt; we learned about tolerance and inclusivity. At the same time, my parents sent me to the Catholic church evening program, where we learned Polish and were indoctrinated with the church’s moral compass. As a child, I couldn’t filter and differentiate the information, which caused a dissonance.

Over the years I perfected the role of a German, even if I technically wasn’t one. It hurt when I would tell ethnic-Germans about my background. There was often an indescribable disappointment in their expression. I became frustrated with this Western hypocrisy, and I saw the omni-preached tolerance as performative, probably because I experienced the lack of it. I’m a white, Western-looking cis-guy from a European capital, and I’m aware of my privilege and my struggles being minor to the ones other humans experience. 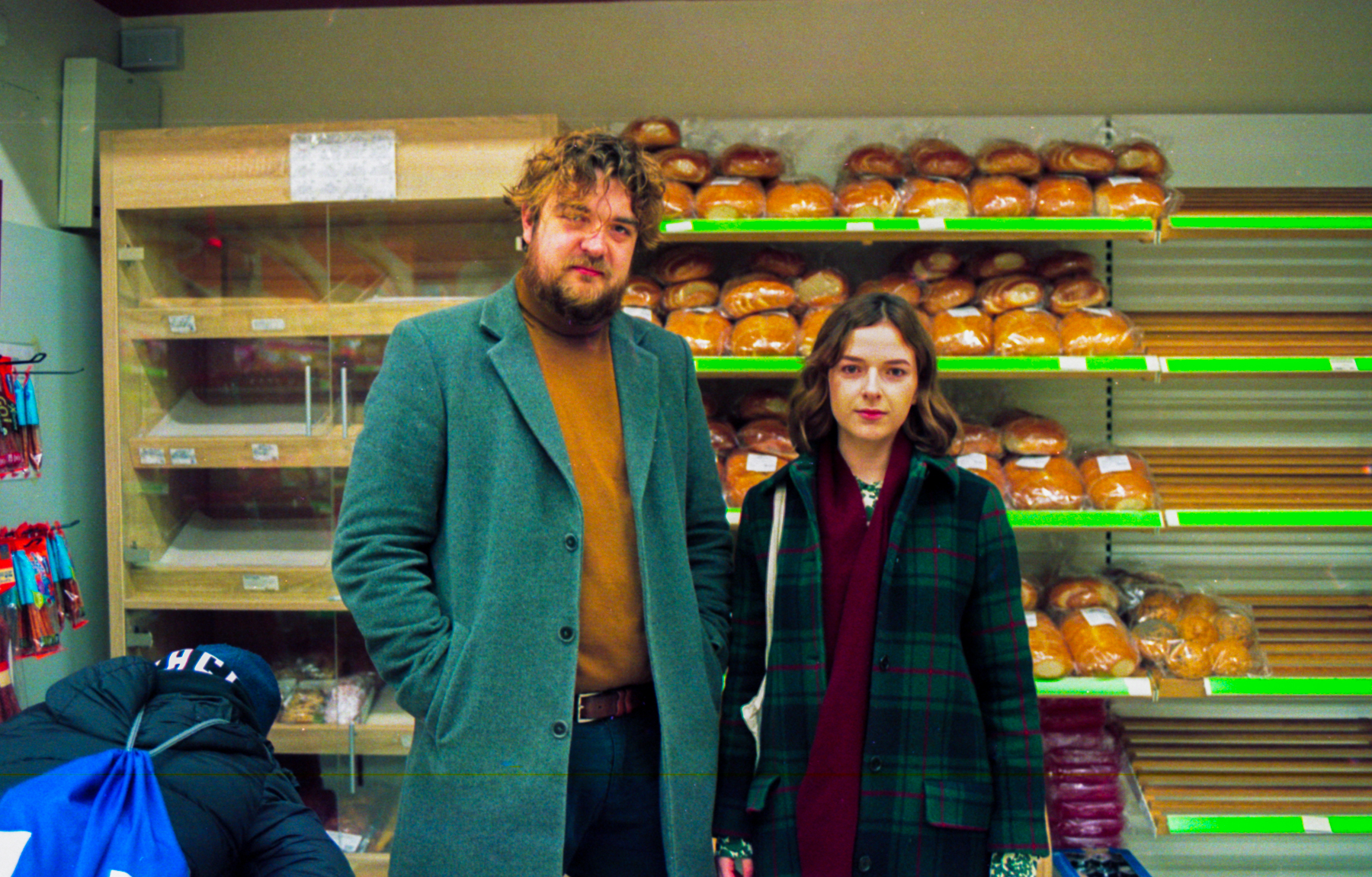 For a while, I believed in Polish ideas; its martyrologic traditions and conservative values, and finally… I found even more hypocrisy there. The motifs I deal with in my art are, therefore, often ones I experienced empirically.

Today, I’m not proud of how I used to think. It’s better to perform tolerance than to preach hate, but I’m thankful for the experiences, as my ideological shift still empowers me to question myself and my artistic practice.

In a sense, moving to Iceland liberated me. I gave up on the struggle of being German or Polish and my inner “otherness” became a strength. Now, I say that I’m from Germany. In three years, however, I will apply for Icelandic citizenship, as I consider Iceland my home. 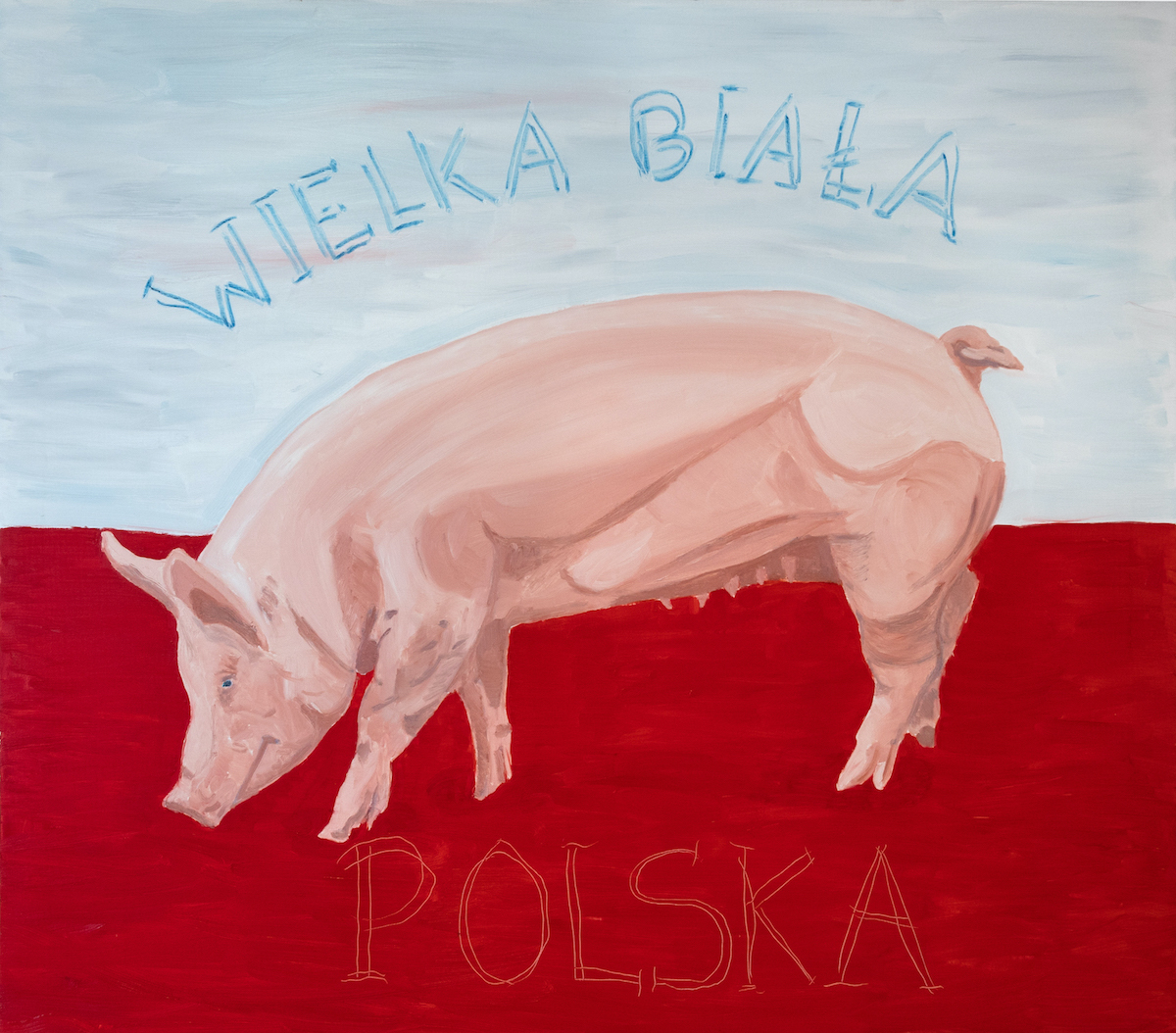 What do you think of the Reykjavík art scene, is it inclusive? How does it differ from the Berlin art scene?

It is inclusive for me, for which I am very grateful, but I don’t want to generalize with that statement. What I appreciate are the various artist-led initiatives. I think that artists have genuine power here.

I hope that Reykjavik will become an internationally more recognized place since, in my opinion, it has so much potential. There is only one risk: money and hype bringing gentrification, and that is something I would like to avoid after experiencing it in Berlin. 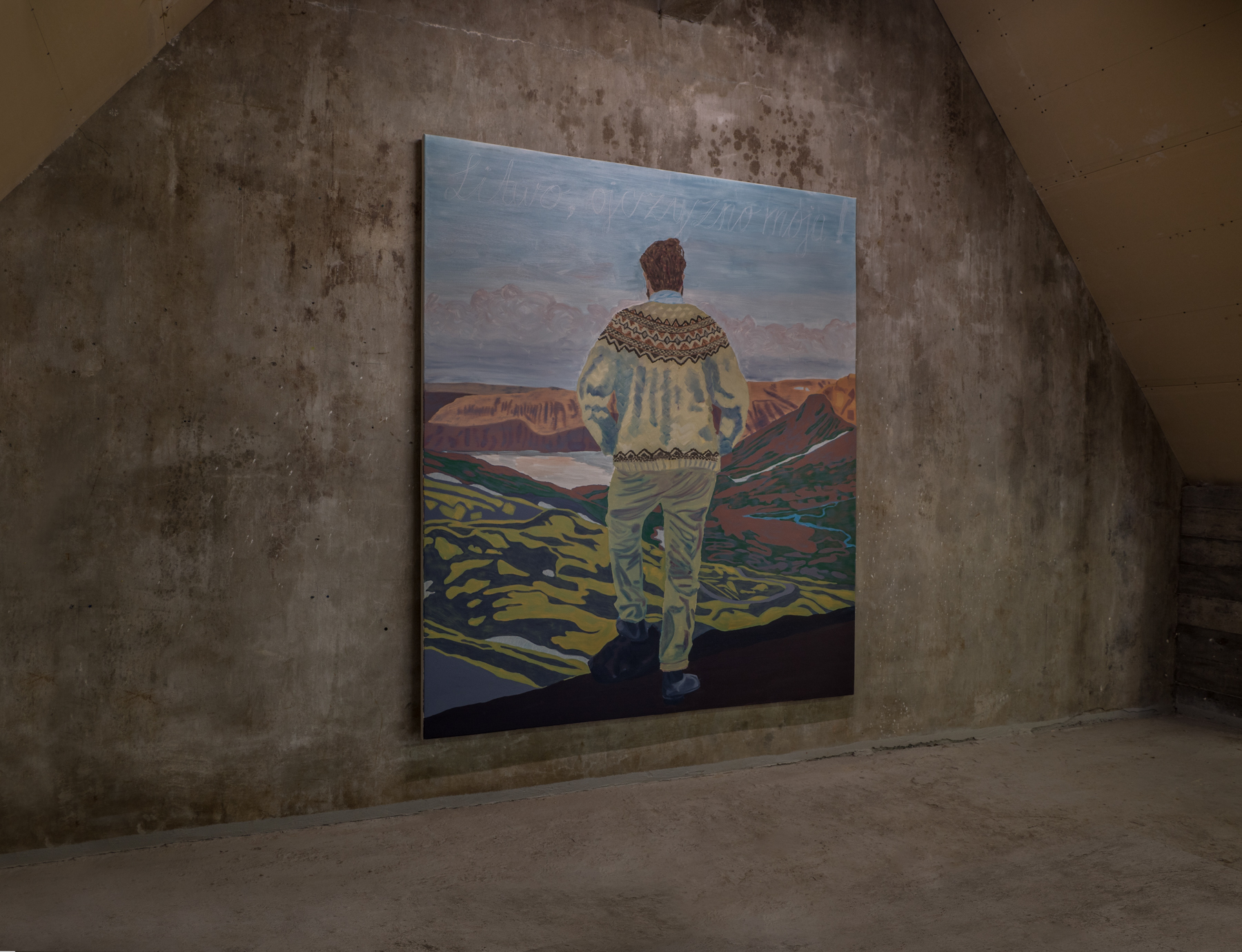 Above: Lithuania, my fatherland! Photo by Magda Typiak

Another positive aspect of the art scene in Reykjavík is projects and exhibitions with artists who have an immigrant background. I’m optimistic that this will continue, and that it was not only a trend of 2020/21. The show I’m part of, “Extraterritorial” in the Polish Mini Market, curated by Ana Victoria Bruno is an example in 2021.