Genuine expression and heartfelt poetry is the main focus of Tanzanian-born writer Eric Maganga. Maganga has lived in Copenhagen for most of his life and deals with the transition on his blog, A Casual Tanzanian. However, in much of his creative writing, Maganga shares his most intimate thoughts and feelings through slam-poetry that he shares on Instagram and at open mics, and through playwriting.

His writing is sincere and aspires to create a connection through the medium. His intimate style, often focused on insecurities and self-development, is inspiring while simultaneously provides comfort on a personal level.

We talked to Eric Maganga about how he arrived at the form of poetry he does today and the intended effect of his writing:

When did you start writing, and why?

I used to write diaries, and I would include some rhymes in them. That was my first step: writing the poems in my diary or my journal.

Creative writing has always been my favorite way to communicate, especially as a child, and it followed me into adulthood as well. I started writing poetry when I was maybe 20 years old. I was struggling with something at school and I just found a way to express myself.

In the beginning, raps were influential in my writing and people thought I was writing them. But it was more a form of poetry. I have developed my style of the years and later I got more used to getting out on stage and reading the poems as well. Performance is now a big part of my creative work.

I use writing and performance as therapy – to get things off my chest and to deal with some processes. 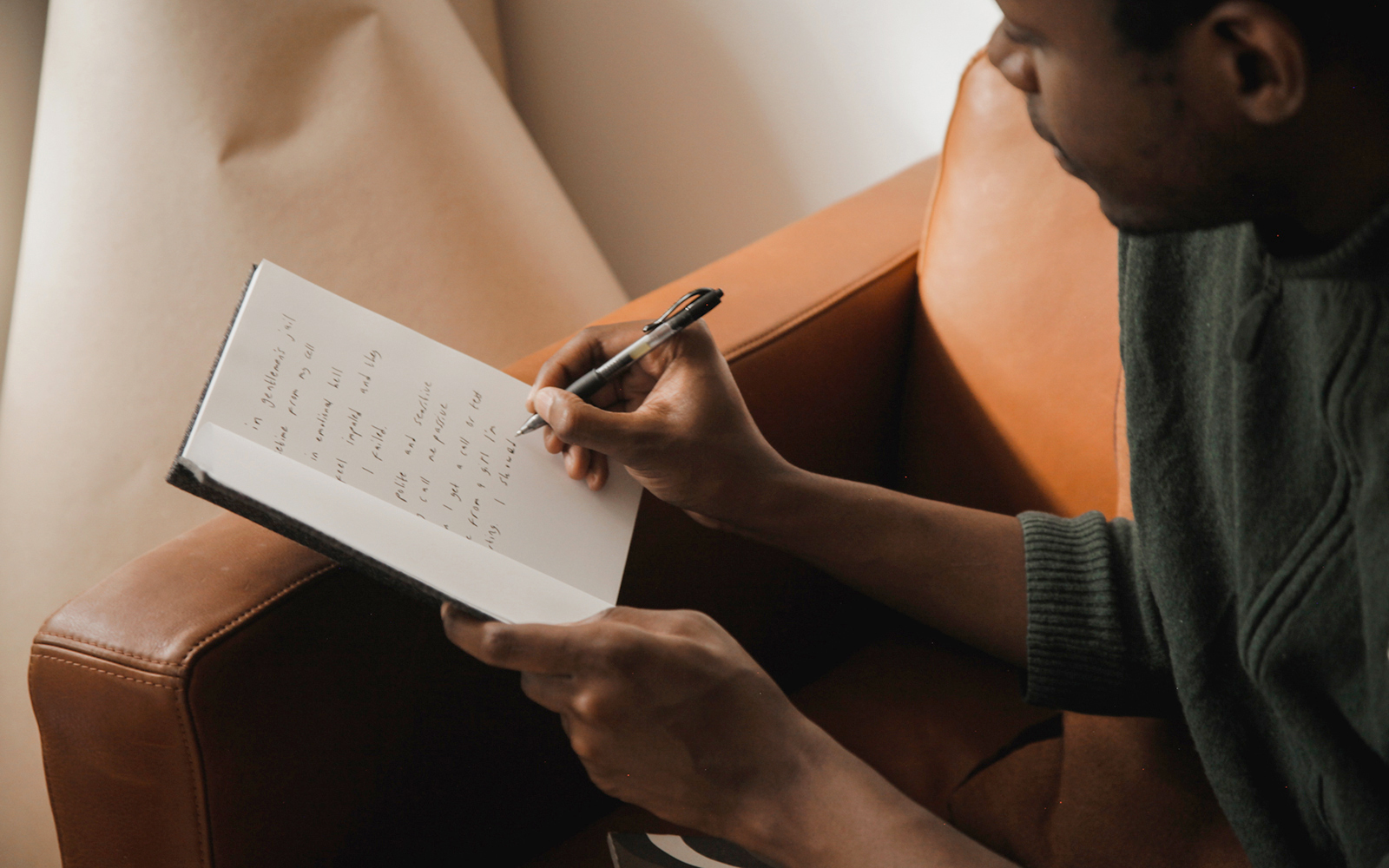 Can you tell me how you use writing as therapy, how is the process from the beginning to end?

I usually post [on Instagram or my website] because I have something I want to say. First, I come up with an idea, then I put some different headlines in for different parts of the poem I’m writing. Next, I go back and write something for each headline and then come back and edit it as much as I can. Sometimes I try to give myself a week to edit but often I feel like sharing it quicker than that.

I’m still self-conscious. Recently, for example, I posted a poem where I felt like I was complaining too much. I took a step back and took the post down. I was reflecting genuinely on the human connections that I have; how many I have and maybe comparing myself to others too much. At first, I was very proud of the poem – but I started worrying that I wasn’t grateful enough for the connections that I already have by wishing and wondering if I should have more personal relationships. I deleted the poem.

However, this process inspired me to write the next poem, which will be about gratitude.

What is the intended effect of your writing?

I hope to inspire someone who can relate to my writing. That’s why I did a play about suicide prevention, hoping that it can reach someone who needs to hear it. In a way, it’s to reach out to people and help them while I’m sharing a part of myself.

I guess my writing has two effects: On the one hand, it’s to get something off my chest, on the other, it’s hoping that someone sees it and can use it for something, whether they like it for entertainment or to help someone going through a tough situation.

Can you tell me a little more about your plays?

I’ve done three plays at the Copenhagen Theatre Circle Fringe Festival. It’s a festival where first-time directors can debut their plays and have them performed in front of an audience.

The first play I did, which is maybe my favorite, was about confidence and dating – dating apps and things like that. I used music and poetry, including a poem I had written about an old friend but I hadn’t shared it with him. It’s part of the story in the play that the character who plays me reads that poem. The second one was about youth drinking – people drinking too much kind of story with a creative twist. The last one was the one about suicide prevention, which is the most meaningful creative thing I’ve ever done.

You have two different outlets for your creative writing; Instagram for poetry and then your blog A Casual Tanzanian. What is the difference between these outlets?

On The Casual Tanzanian, I write about some of my cultural reflections about being someone who some people might see as too Danish, but others see as not Danish enough. About being caught in the middle. I grew up going to an international school, and I had friends from Indonesia, India, and all over the world rather than only having Danish friends, so whatever issues we had with each other weren’t necessarily issues that stemmed from our race.

To be honest, I sometimes feel like it might be trendy to talk about some of those issues at this point. I mean, they’re important issues, but I didn’t want it to seem like I was following a specific trend or just trying to capitalize on the fact that people want to read about that. Then again, I do have genuine reflections on it that I hope the readers will connect with.

At the heart of all my poetry and creative writing is the connection we crave as humans and I focus on that on both mediums. Because when I’m lonely or feel disconnected somehow, I lean on my best friends (including my mom) – and that is what I think and write about the most. 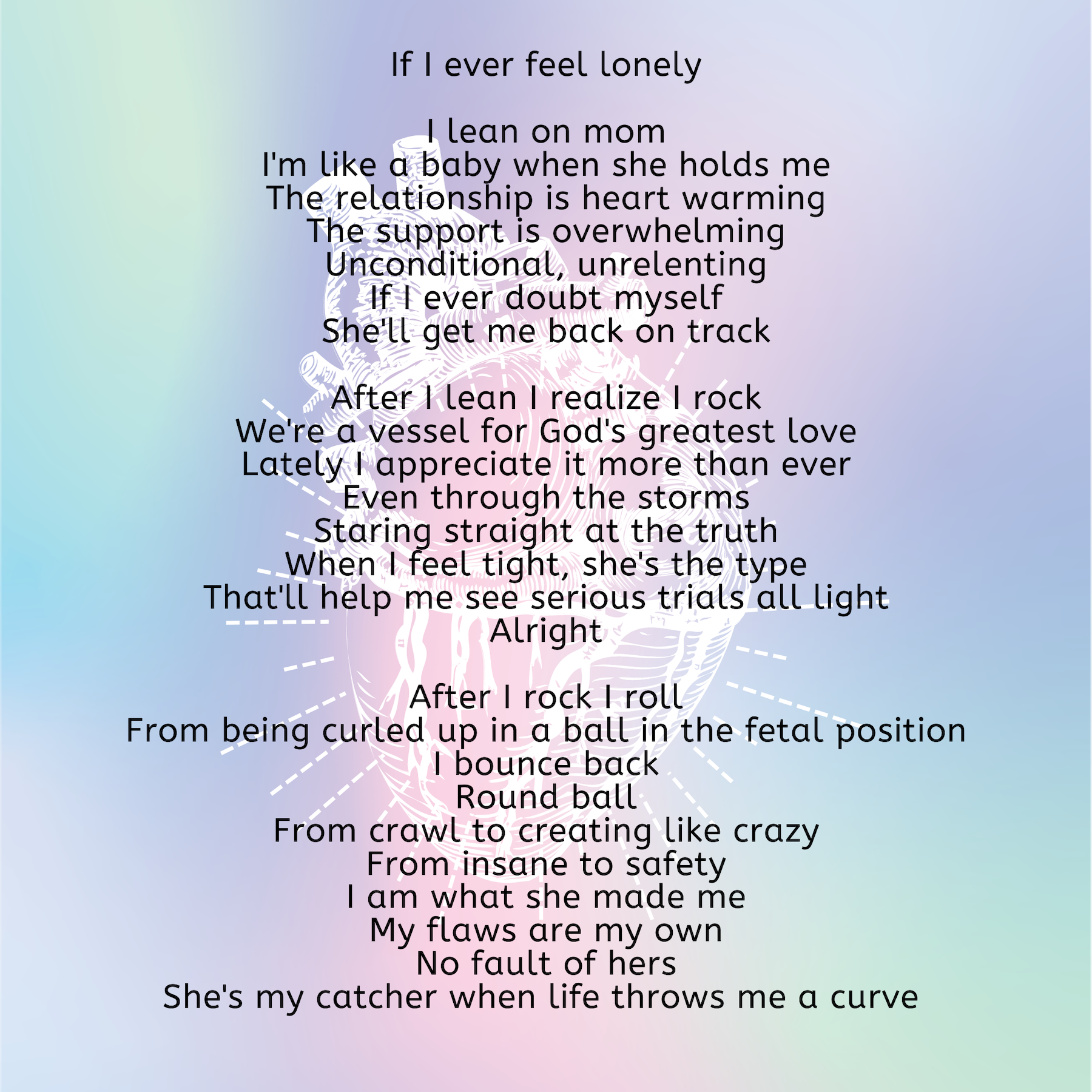 You can find Maganga on Instagram, his blog Casual Tanzanian, or read his poetry on his website.