“The movie ‘Boomerang’ changed my life,” illustrator Andrea Pippins explains. “Halle Berry was an art director in that movie, and I was like, that’s what I want to do! I was always drawing growing up, but I didn’t know that you could incorporate my creativity into a career. Seeing that role on screen gave me something to aspire to.”

Pippins, originally from Maryland in the United States, got her BFA in graphic design at Temple University in Pennsylvania before moving to Kansas City work for Hallmark, then to New York City to work for TV Land and Nick at Nite. “I loved what I was doing, but I had this nagging feeling in the back of my head that this wasn’t 100% the right thing for me. I knew I wanted to do something else.”

So she went back to school for her MFA, explaining, “I knew there always had to be an element of giving back to others – that’s essential for me – and having an MFA would allow me to do my own art, but also to teach.” 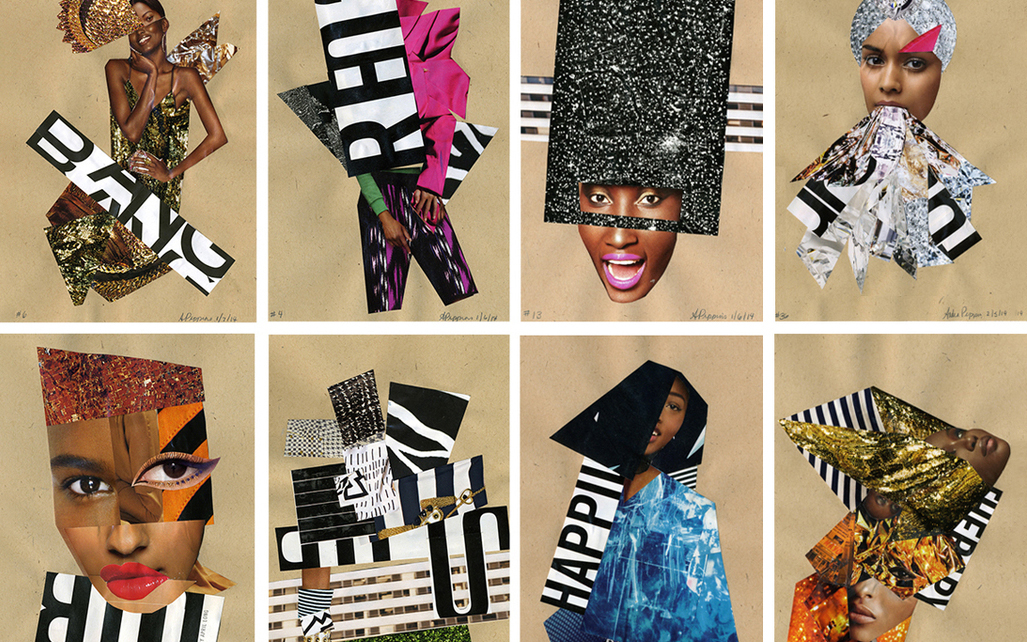 While teaching, Andrea was also consistently taking illustration commissions. Her style is vibrant and colorful, with a sense of celebration and empowerment, especially for women and girls. “I was going to art markets, doing work in galleries, just doing a lot of art in addition to teaching. I went back to Maryland to teach at a college in Baltimore, and eventually just realized that I couldn’t do both. In 2013, I decided my goal was to go freelance, and in 2015, I officially took that step.”

As she’s telling her story, Andrea’s path sounds almost pre-destined. But she’s quick to point out that getting to a point where she felt comfortable as a freelance artist was a long and difficult road. “From making that decision to actually going freelance, it was one and a half years before I felt like things were falling into place. I had been building an audience online through blogging and social, and that gave me a wonderful community and network as well,” Andrea explains.

That first book, a coloring book called I Love My Hair, materialized thanks to a connection from a club Andrea joined called “Ladies’ Drawing Club.”

“Before joining the club, I had seen a coloring book in a museum and thought, I’d love to do something like that. When I joined the club, I met an art director from Random House and she asked if anyone had any pitches. I sent her my ideas and two weeks later we had a book deal!”

Andrea laughs at the memory of how fast it all happened, saying, “I always felt like that was the universe saying: you’re committed to this path now.” 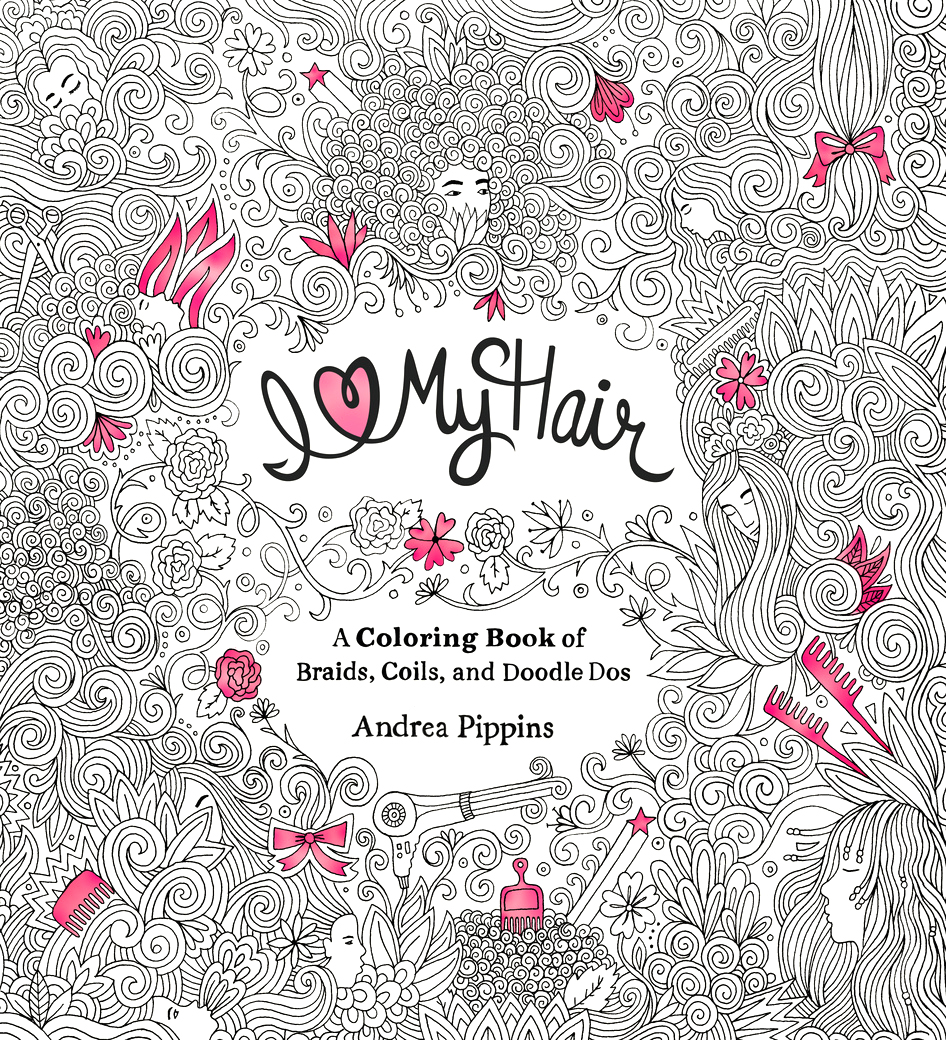 That same year, she met the Swedish man who is now her husband. “We went on one date…coffee, drinks, dinner…and then we were together! A year later I moved to Sweden while six months pregnant. I was really lucky in that sense.” she says.

While Andrea’s work has largely followed the same path, moving to Sweden was a huge change, forcing her to re-examine her sense of community. “I had to make time to try find that again, but when I moved I was pregnant and I had two book deals going. I didn’t exactly have time to socialize. It’s something I’m still navigating all these years later,” Andrea explains.

“And being a person of color, that’s an additional factor. Stockholm is a diverse city with many people of color, but people tend to stay in groups with people from their home countries, so it’s not like that’s an instant community or network. I’m finding my way here, step by step.” 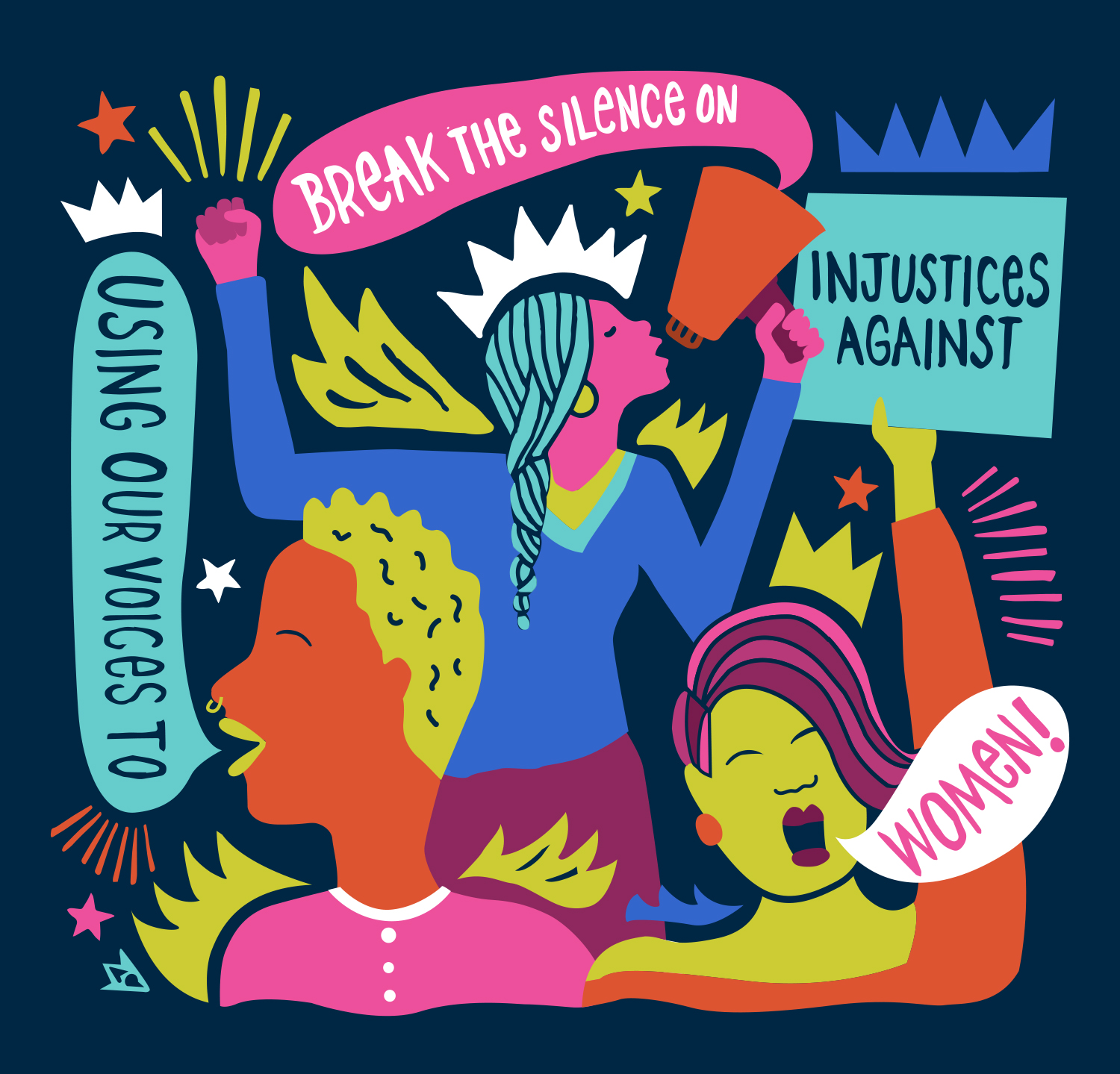 The change of location hasn’t impacted her work, however. Andrea has continued to illustrate books and other projects, all with her signature lush, bright style. She calls herself as a visual activist, referencing inspiration from artists like Sister Corita Kent, Malick Sidibé, and Emory Douglas, the Minister of Culture of the Black Panther Party from 1967 until the party’s dissolution. Andrea’s work calls on similar graphics and bold hues, creating a world that is at once inviting and confident, familiar and unique.

An artist who has benefited enormously from the advent of blogging and social media, Pippins says that her use of a digital platform was about more than just promoting her work. “When I started blogging, it was something people used to start a community. It would get a lot of comments and engage with people in that way. I would also get emails as a result, and have meetings or review portfolios. It really created this feeling of boosting each other up. Social media came a bit later, and that was an extension of that same community, and also gave me access to an even larger audience that I continue to nurture,” says Andrea.

She continues, “I share my stories and young artists ask, how can I do it? I always say, do the work and put it out there. A blog, an Instagram, networking events, however you can. If you’re not getting the response you want, revisit your intentions I’ve been there and have had to look at why I’m doing it. That can be really clarifying.”

But Andrea Pippins’s intentions with her art are vivid. Her joyous illustrations are compelling and inspiring, creating a world in which self-love and community are intertwined, and the thrust of social activism is felt through intense color, clean lines, and a passionate message. That’s the triumph of Andrea’s work; she’s able to convey an idea succinctly and powerfully without minimizing individual emotions. When reading a book or article with her illustration, the impact of the words are enhanced, imprinted.

“I communicate through art,” Andrea explains, “and I’ve been fortunate that I also feel strongly about what those messages are. It’s the two together that are so impactful.”

– I Love My Hair: A Coloring Book of Braids, Coils, and Doodle Dos

– Step Into Your Power

– Becoming Me – A Work in Progress: Color, Journal & Brainstorm Your Way to a Creative Life 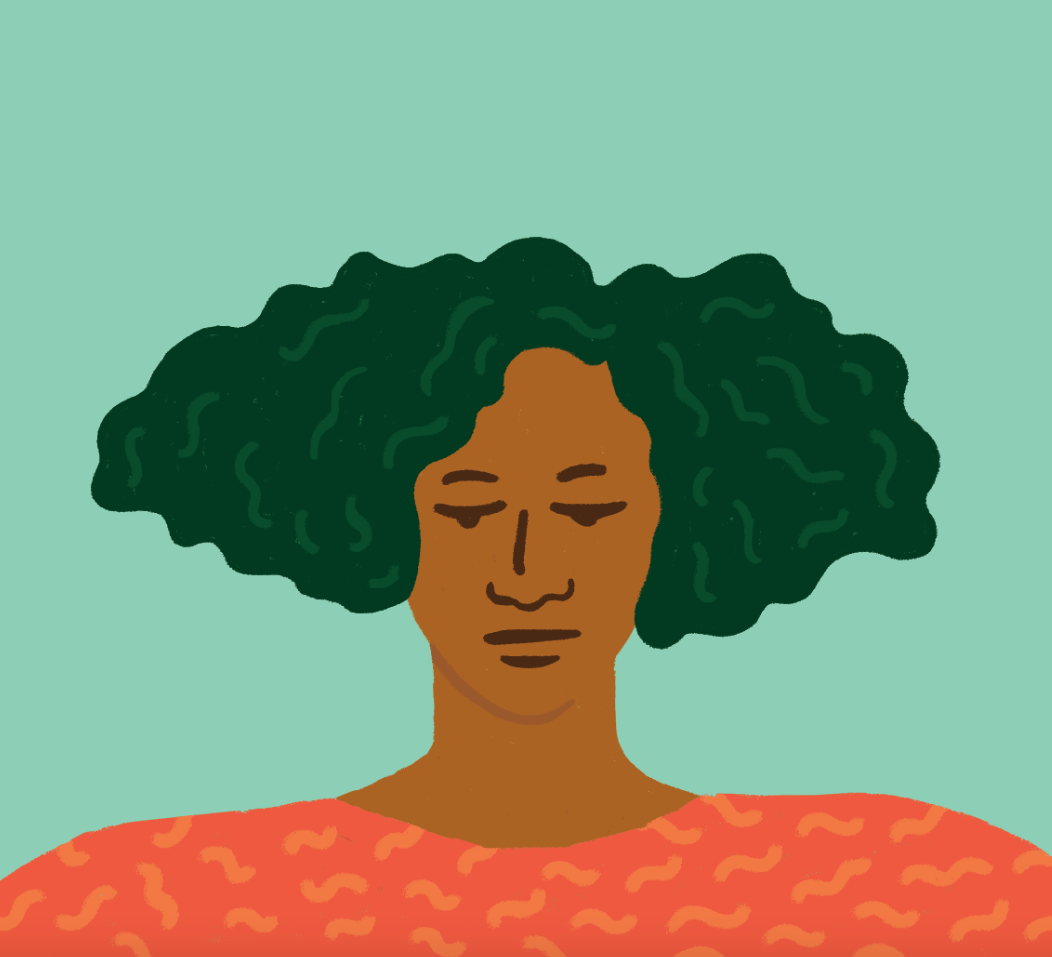 All images provided by Andrea Pippins.