There’s something to be said for a runway show where all of the models look like either Joey Ramone or Joan Jett. It inspires a certain something; movement. You know when you just need to dance in your seat? That’s not an easy feeling to create when it comes to fashion but if anyone can do it, Asger Juel Larsen is probably your guy.

A Danish designer known for his avant garde, rock ‘n roll take on both clothes and runway shows, Larsen doesn’t shy away from the spectacle of fashion. His SS15 show was no different; an aggressive array of studs, speckled denim, loosely worn suspenders and frayed knits, the collection was kept from being too heavy by the light touches of neon green and bubble prints.

Combat boots, a collaboration with The Last Conspiracy, added a hardened-luxe edge to all the ensembles. If nothing else, the shoes sold me: I just love a good unisex combat boot.

To top it off, the live music to either side of the runway made for a tight, booming universe of which everyone in the (packed) warehouse room was a part.

From one seriously long runway to the mayhem backstage, we’re bringing you the whole shebang: 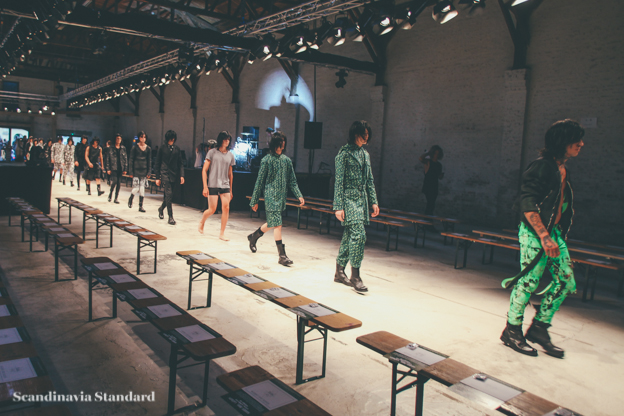 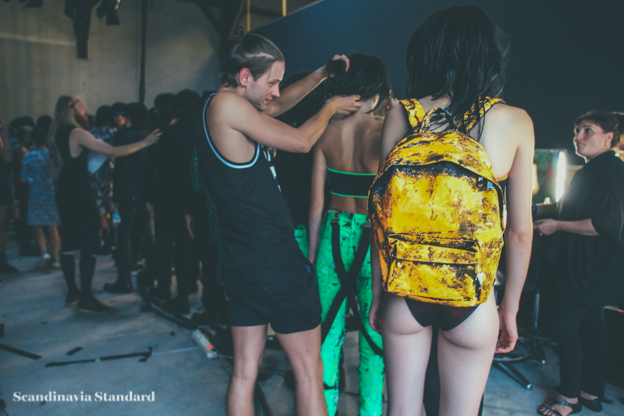 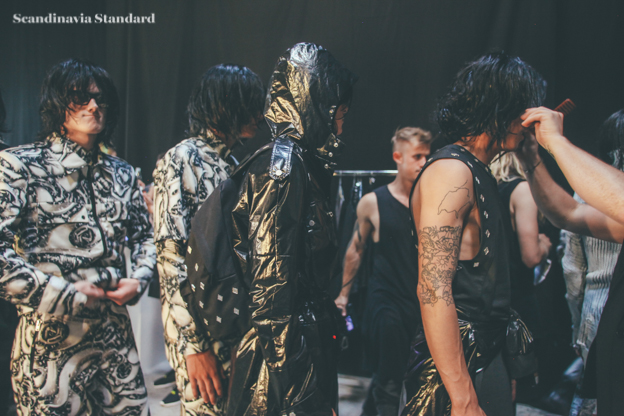 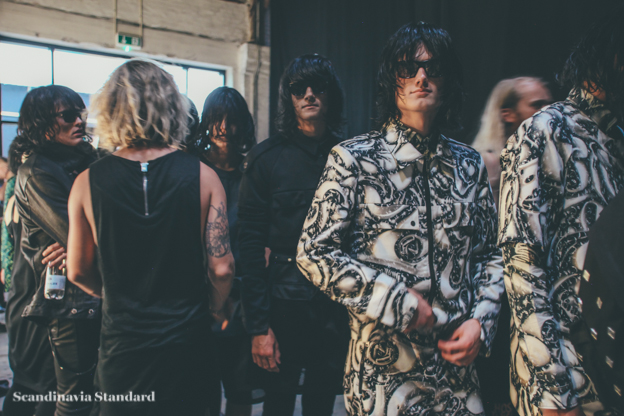 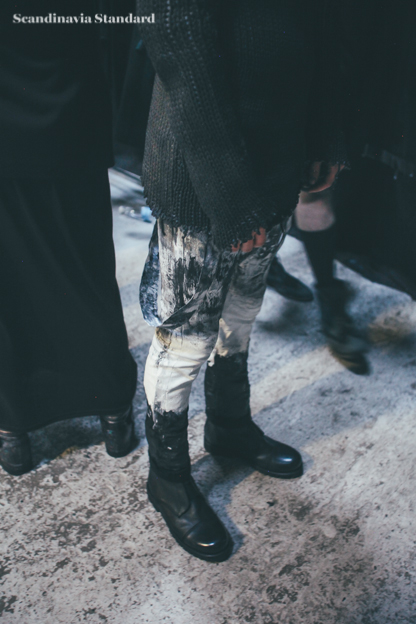 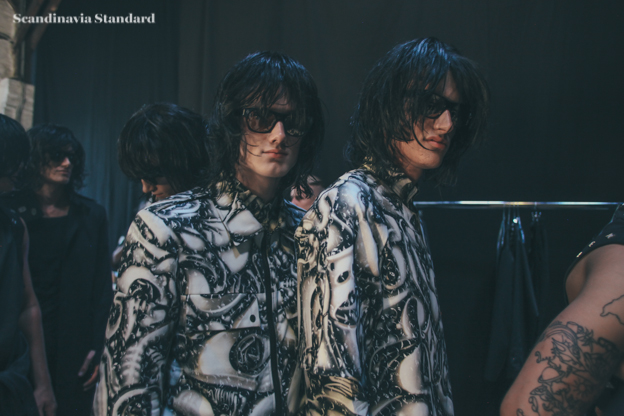 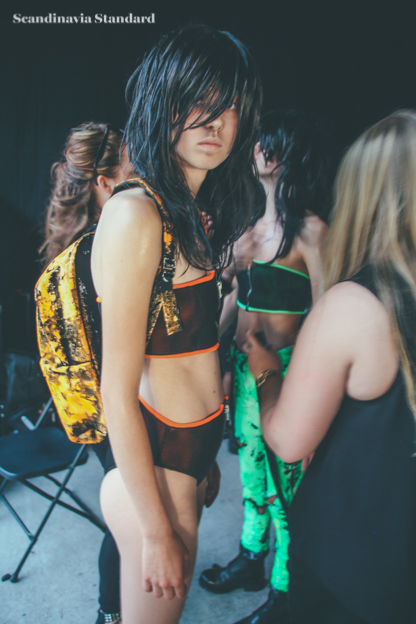 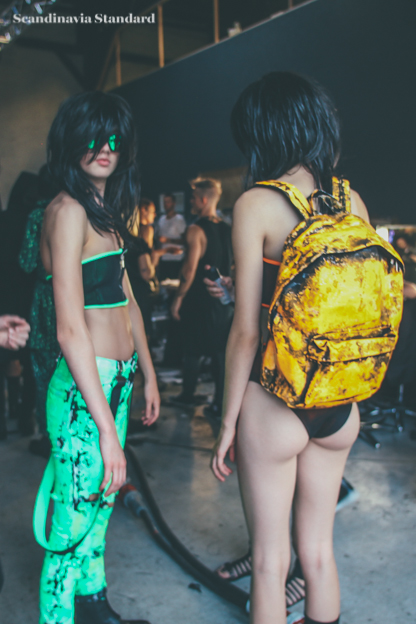 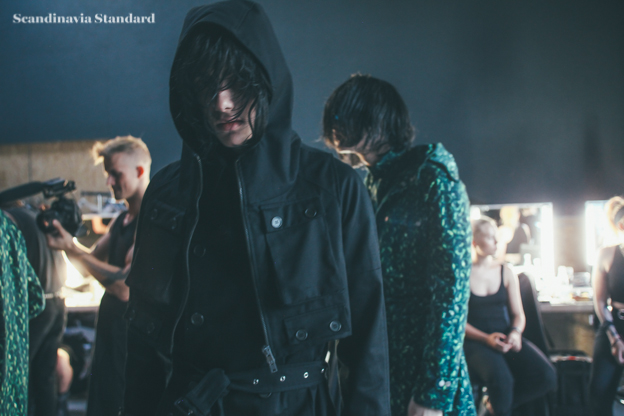 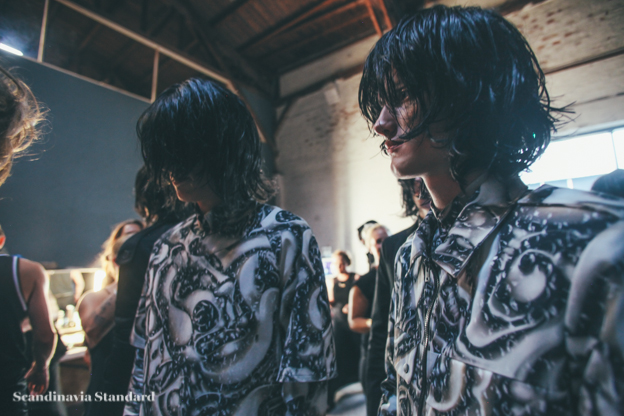 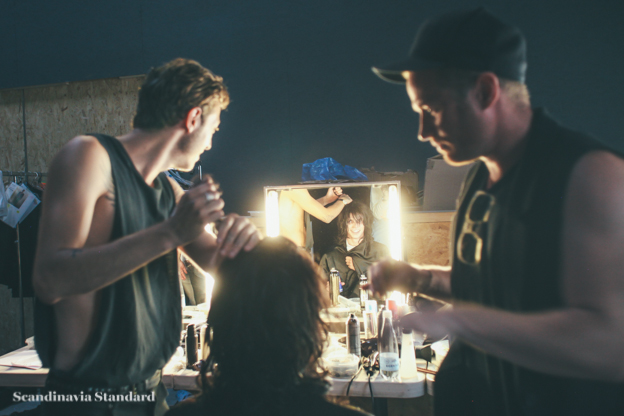 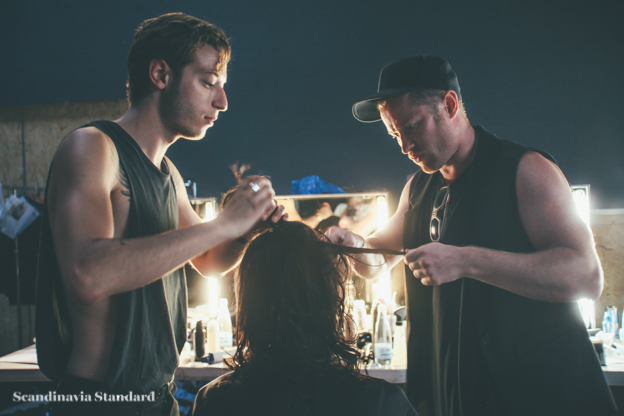 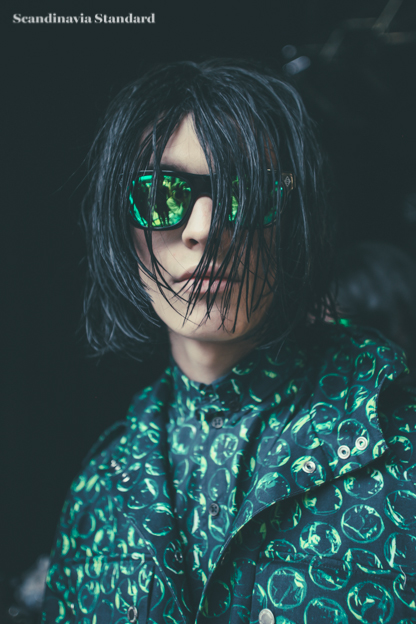 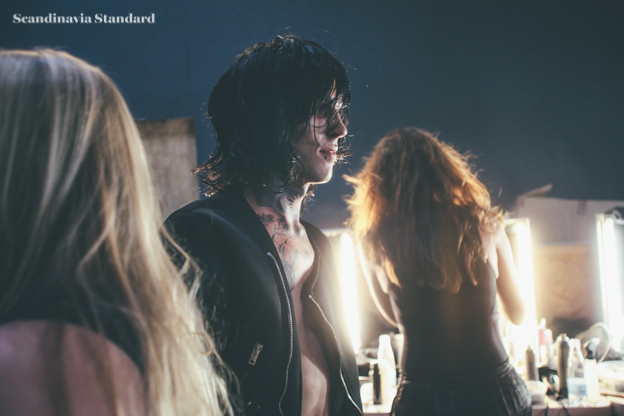 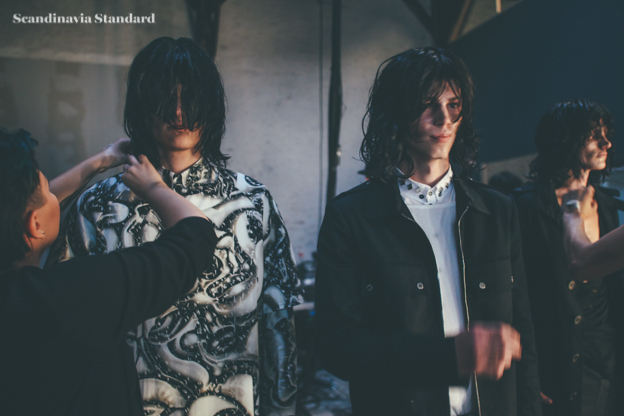 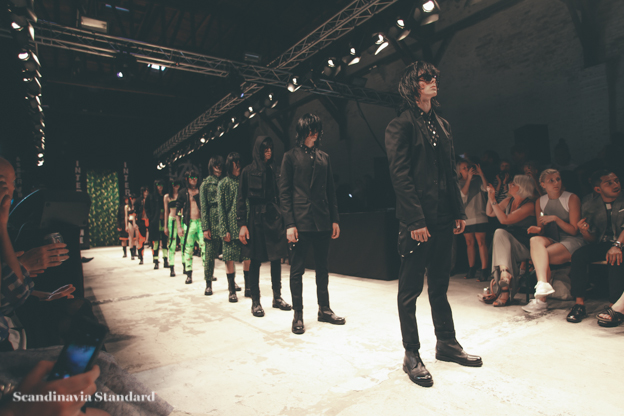