Chassis Arcade is not for nerds. Well, okay, nerds are welcome. So are kids, teenagers, senior citizens, girls, and people who have never played a video game in their lives (like me). Chassis Arcade is for everyone, and practically everyone seems to show up there at some point.

Co-owners Chrisstoffer and Julian founded the arcade nearly three years ago, after Chrisstoffer’s initial enthusiasm for the idea led to Julian joining up. It all started on Jaegersborgade, which is where most neat things start in this city.

Crammed at the back of Æter, Chassis Arcade soon grew too big for the space. Their newer location on Fakesgade in Østerbro is harder to find but once you’re there, you may never leave. I’ll be the first to admit that I know nothing about video games, arcade games, or anything vaguely related, but I felt immediately at home sitting on the massive black sofa in the back room, chatting with Chrisstoffer.

“We’re a non-profit,” he explains, “so we’re not looking to make money on the Arcade. We would like to eventually start paying ourselves a salary, though.” He looks apologetic. After all, he muses, most NGO’s still have paid secretariats. I agree but he still seems doubtful. 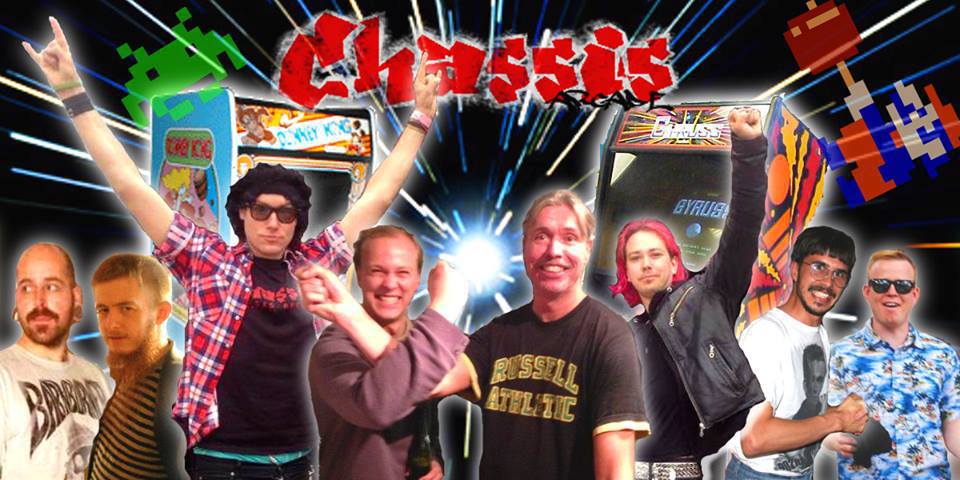 A love for classic games like Donkey Kong and PacMan drives Chassis Arcade, but a sense of playfulness and creativity keeps it light. While some old-school Arcades seem to be hallowed ground- a place where only the experts can meet- Chassis Arcade insists that even the technologically-impaired can participate. “If you show up and you just want to watch someone else play pinball, we love that.”

Chrisstoffer takes me through a brief history of Arcade culture. “At first, it was cool. You were young and you were wasting time. Your parents didn’t want you there. It was rebellious. Then, when the home computer became the thing, gaming became nerdy. People were sitting at home alone becoming experts on these things, not engaging with other people. It became about coding and online forums.”

Not necessarily down with the lingo, I ask Chrisstoffer what he means by “nerd.” He thinks for a moment before answering, “a nerd is someone who is so much into their chosen field that they can’t communicate about it with people who know less than they do.” We laugh at this for a full minute. It is the best definition of “nerd” I’ve ever heard, and it’s said with such sweetness, such lack of judgement, that it’s hard to refute.

I’m at Arcade on a Wednesday morning. That evening, as every Wednesday evening, is “Onsdag i Arkaden,” a party hosted at the Arcade which moves to a nearby bodega sometime in the night. Chrisstoffer and Julian provide a crate of beer, sodas and some crisps as well as the venue. It’s a party based around gaming, shared interests, and a sense of gratitude. Gratitude because Chassis Arcade is able to continue based almost exclusively on the community that supports it, along with Chrisstoffer and Julian’s hard work.

The weekly party has also begun producing a weekly video, shot and edited by Mik Dahl. Along with the short web-series, Chassis Arcade is currently the subject of an upcoming documentary called “Bit Brothers.” You can check out the trailer here:

Hand-in-hand with their attitude of inclusiveness, Chassis Arcade is interested creating a shared space. If you don’t feel like playing a game, but want somewhere to sit and read, head to Chassis Arcade’s couch. Want to bring your own food and drink? That’s fine, and you can also buy soda, beer and crisps on the premises. Did your friend cancel your plans for the night and you just want to get out of the apartment? Chassis Arcade’s the place for you.

Chrisstoffer explains, “it’s so hard to find somewhere you can go alone. It’s not common in Copenhagen to go sit at a cafe alone. Maybe some people do, but that’s not my experience. We wanted to have a space where you could feel comfortable no matter what, even if you’re coming in without friends.”

Come one, come all. Chassis Arcade is open for business and they want you (yes, you) to be part of the family.