What’s on in Copenhagen during November? Find out all the Copenhagen events here, including museum exhibitions, festivals, food and drink events, markets, concerts and parties!

Sweater weather is well and truly upon us now, but don’t get disheartened just yet; there’s still so much happening in Copenhagen over November. From Christmas markets to black Friday sales, there’s something for everyone this month!

Here are the events you shouldn’t miss: 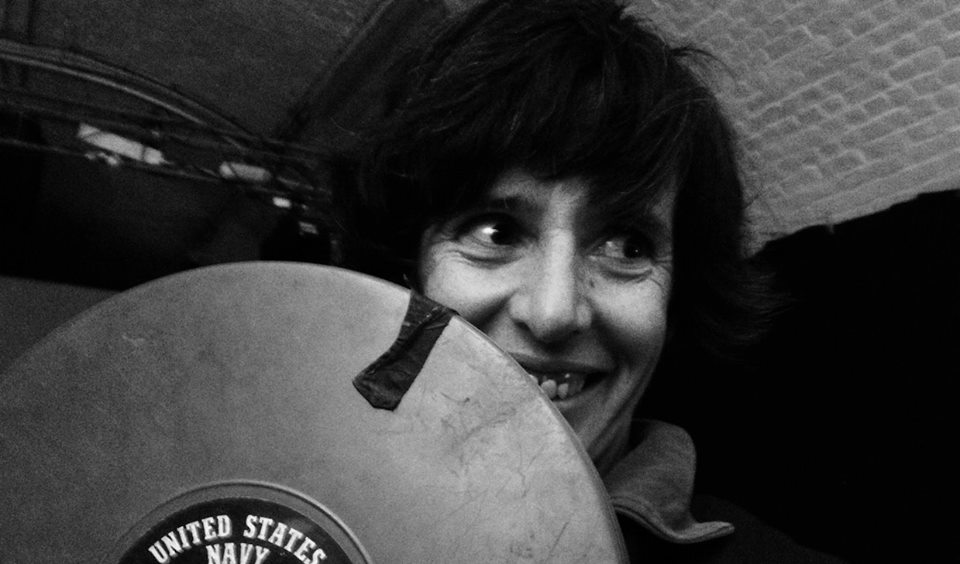 At exactly 9pm the liquorice-infused Christmas beer (Carlsberg’s Tuborg Julebryg) is delivered to every bar and bodega in Denmark, hand gifted by little nisse (christmas elves) who bring free samples and sweets along with them. This special Julebryg is only around for ten weeks a year, so don your santa hat and get the round in —this is a Danish Christmas tradition you don’t want to miss! 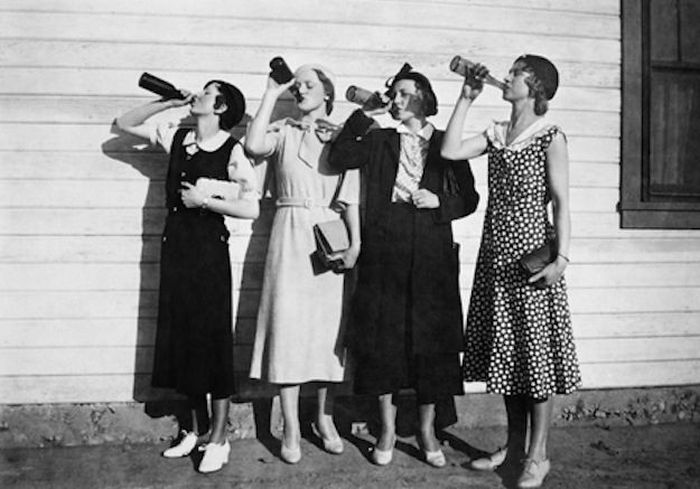 Looking for a new running route or maybe you just want to have a nosy around when Tivoli shuts up for the evening? (Here’s hoping all the little figurines come out to play and have their own little party!) Kill your curiosity and those calories too in one fell swoop.

Be a (wasted) witness when the votes are counted and called on US Election night. The election party —hosted by the Danish Social Democratic Party— runs all night with live music, CNN on every screen and a morning breakfast too!

Ben Wheatley’s film adaptation of J.G.Ballard’s sci-fi classic, High-Rise, is being shown in the atmospheric setting of Vestamager brutalist water tower. The inner geek inside us is screaming with excitement (and making a mental note to pack thermals!). 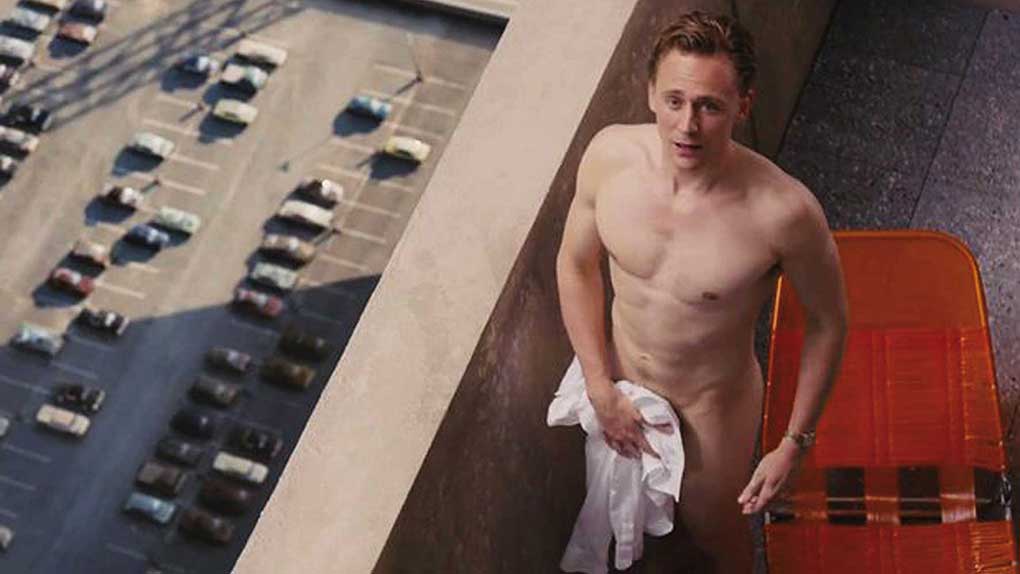 Few things, if any, combat the overcast blues better than some nice jazz music. The eight musicians will warm you up with their groovy melodies. The concert starts at 9pm at Paradise Jazz Club, Huset.

On site with Cobe Architects at Papirøen

The first in a series of site visits hosted by the phenomenal Architecture firm Cobe – responsible for the new Nørreport Station, Israels Plads, and the Roskilde rock museum. Cobe’s Project Director Eik Bjerregaard will talk about the firm’s anchoring on Papirøen and offer visitors a behind the scenes look at the renowned practice. The tours are being run in conjunction with the exhibition ‘Our Urban Living Room’.

The chocolate-box streets of picturesque Nyhavn get an extra coating of charm as the Christmas markets begin to open up. Go and grab some early festive sparkle!

One for the hardcore bookworms; Book Forum is basically the biggest party for books in Denmark, with a mix of Danish and international authors giving talks and lectures. There’s also a special section for youth literature!

Festival of Lights in Amager

Fun for all ages when the light’s of Amager are turned on full beam. There’ll be tunes, displays and even workshops for children where you can create glow-in-the-dark flowers! It all sounds a bit wholesome and a whole lot cute.

Danish on a Sunday: The Commune

When two academics realise their long lusted after dream of setting up a commune, a haven of friendship and togetherness is born under one, collective roof. But soon the dream begins to sour when a life-altering affair threatens to pull the community apart. Another melodrama masterpiece from Danish director, Thomas Vinterberg, who brought us The Hunt and Far from the Madding Crowd.

Chance the Rapper at Falconer Salen

The Chicago native who released ‘Acid Rap’ mixtape —named best album by Rolling Stone and Pitchfork—to great acclaim in 2013 is back with Coloring Book and he wants you to come get your pens out and get down!

Calling all early birds, come and belt out ‘Can’t help falling in love’ and ‘Early one morning’ in honour of the godfather of synth at the Royal Library. What a way to start your day huh! 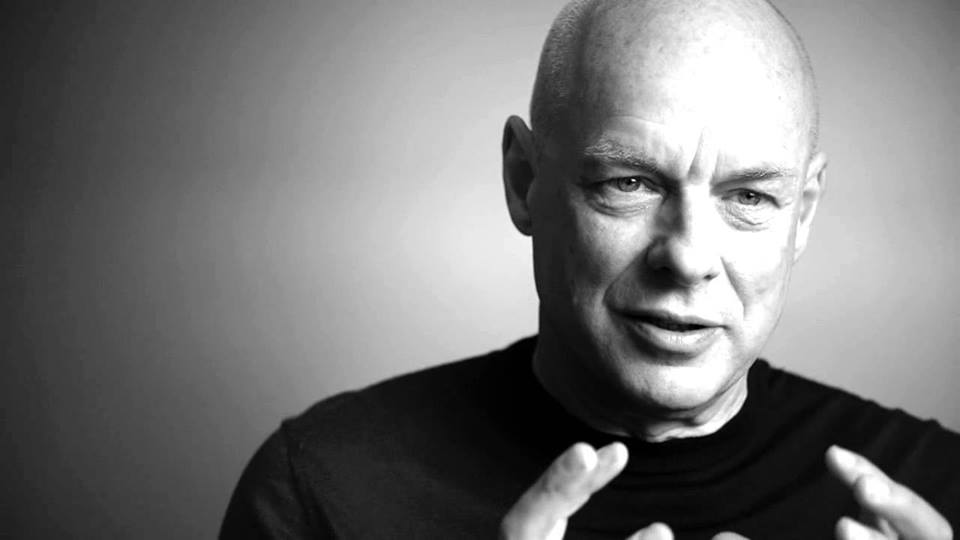 If you’re starting your Christmas shopping early then pop down to Højbro Plads where a Christmas village is in full swing. The big man himself will be there, along with a few of his reindeer crew too. 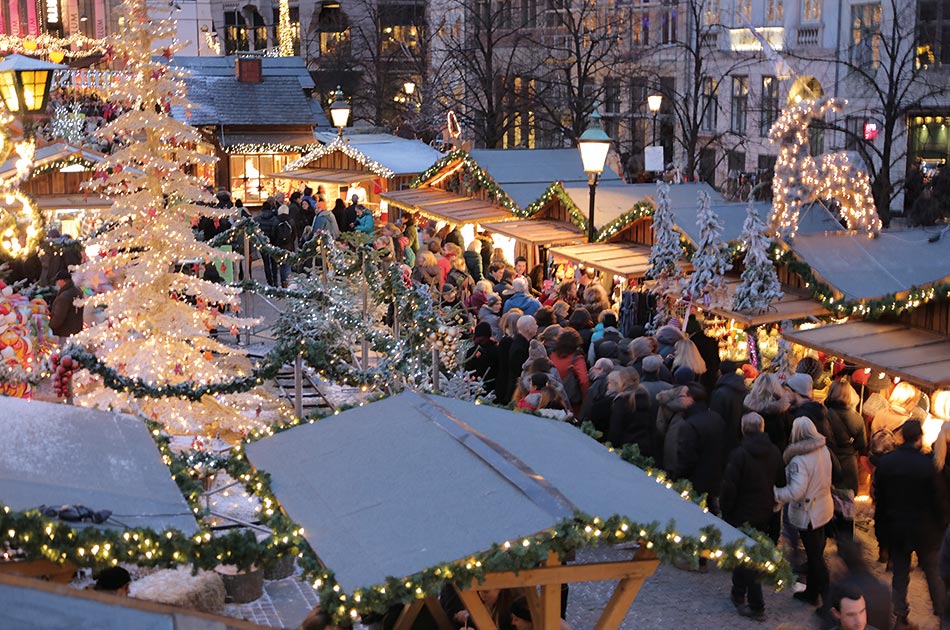 It’s quite a tall order to claim to be Osterbro’s cosiest flea market, but we can testify that this market certainly doesn’t disappoint! Grab a coffee and have a wander through the various stalls in Remisen’s hall, all are jam packed with treasures and quirky antiques.

All of the lights, all of the lights are at Tivoli’s Christmas markets, the biggest in Copenhagen with over 60 stalls. Buy tasty warm treats, crafty bits and scandinavian-style knits! There’s also regular light shows which are pretty spectacular and then wash all that Christmas cheer down with some steamin’ gløgg!

Danish On A Sunday: Conspiracy of Faith at Cinemateket

When an eight year old message in a bottle turns up, scrawled in blood and links to a recent disappearance of two siblings, Department Q are called in. Detective Carl Mørck (Nikolaj Lie Kaas) and his assistant Assad (Fares Fares) reopen the cold case and dig deep to discover a suspected serial killer might be to blame. A suspenseful nordic noir; ideal for a gloomy bitter cold Sunday!

Chicagoan indie rockers bring their infectious melodies to Copenhagen; find us on the dance floor!

Daniel Rye ‘398 days in captivity with ISIS’ at Bremen Theatre

Photographer Daniel Rye gives his engrossing account of his time as an ISIS hostage in Syria. Rye was captured in 2013 whilst working as a freelance photojournalist and held along with 23 other western hostages, including American journalist James Foley. The talk – given in Danish – is the harrowing story of one man’s survival in exceptional circumstances.

Love it or loathe it, it’s happening OK! So if you fancy a bargain, or just want to get ahead of your xmas shopping you can do so both in stores and online.

Grab your skates and head down to the entrance of Frederiksberg Garden’s because it’s being transformed into a wintery wonderland and ice rink. It’s the perfect spot for nabbing some of that illusive winter hygge! 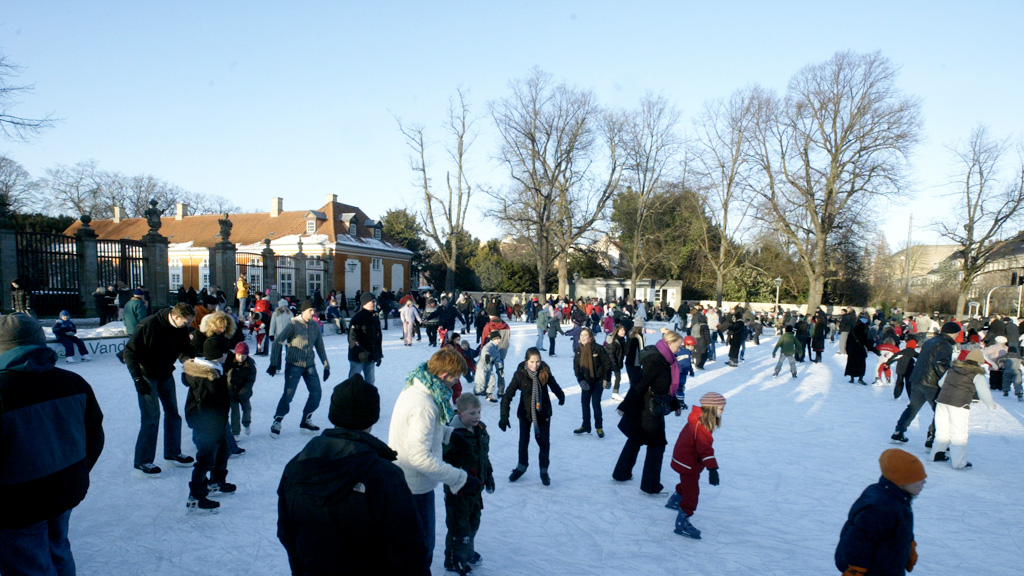 The ultimate cult classic. Dammit, Janet; just get down there already. And bring your bodice. 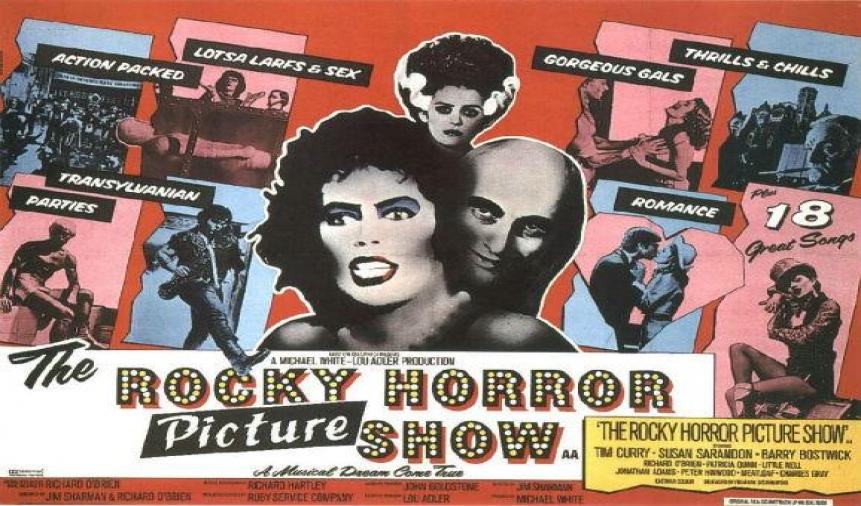 This is the ideal Christmas market for those looking to buy more unusual and off-beat gifts for their loved ones this year. There’s over 300 stalls featuring independent designers and artists – many of them students or staff at KADK – to choose from so you definitely won’t go home empty handed.

Slick your hair back and grab that old leather jacket because Sandy and Danny are hitting up Cinematek! There’ll be yummy burgers and ice-cream too, catered by Restaurant SULT. 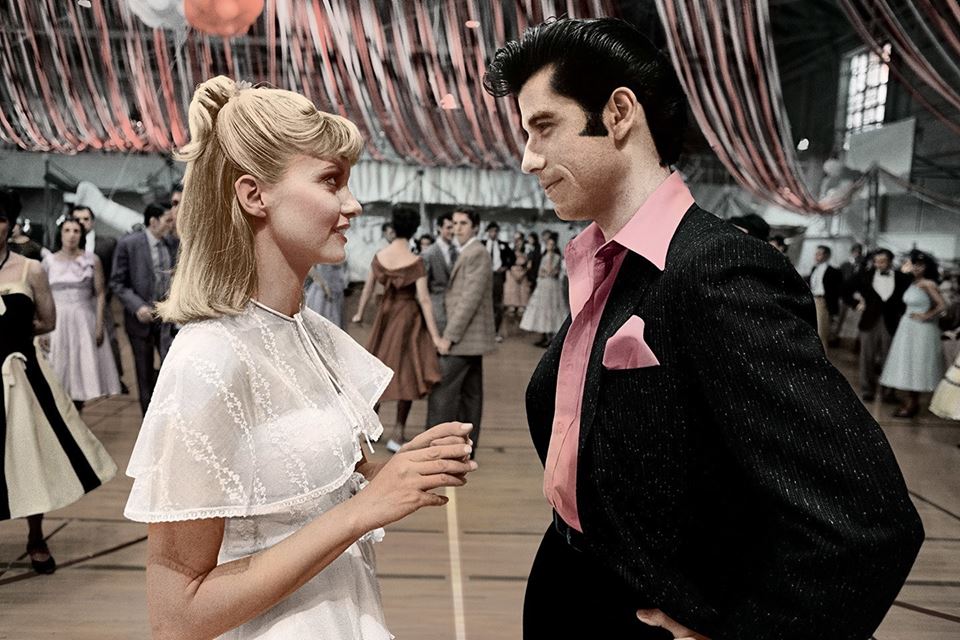 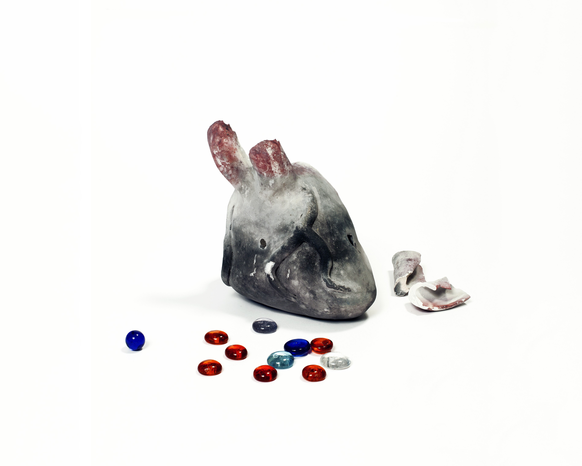