Dea Kudibal has just flown in from Shanghai (and boy are her arms tired, har har, etc). It’s a trip she’s making fairly frequently these days, given that she is now based in the Chinese city with her husband and son.

The route to Shanghai has taken Kudibal all over the map; born in Denmark, she first studied Tailoring & Pattern making before moving to the United Kingdom to study Management & Business at the London College of Fashion. She lived in London for three years before coming back to Denmark to work in theatre costuming. She then went to Dusseldorf, Germany, with her boyfriend.

Being a lover of antique fabrics, Kudibal had attended a Sotheby’s auction before moving to Germany where she bought swathes of antique fabrics. She took these with her to her new home; her social life in Dusseldorf consisted of attending balls (theatre costuming, antique fabrics and balls? Is this real life or a Baz Lurhmann film?) where Kudibal would consistently need dresses. Rather than spend an endless amount of money on new pieces, she simply used her antique fabrics to create little shawls and scarves for each event, making the outfits appear new. 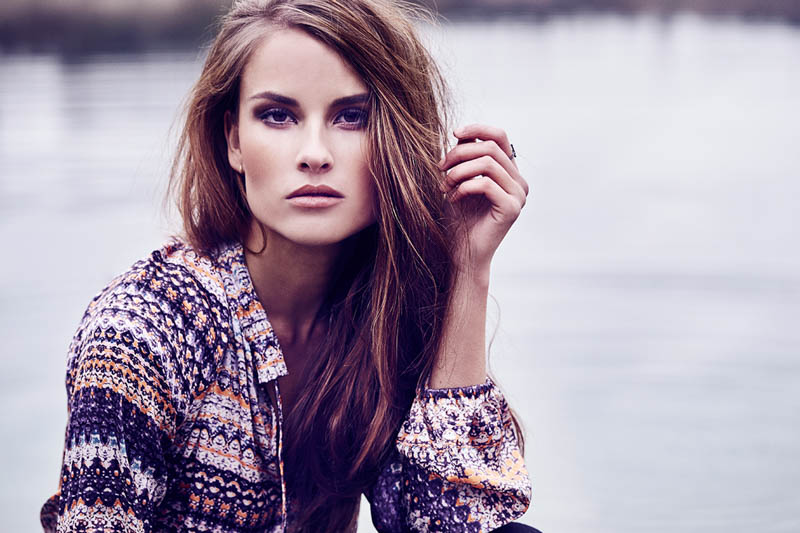 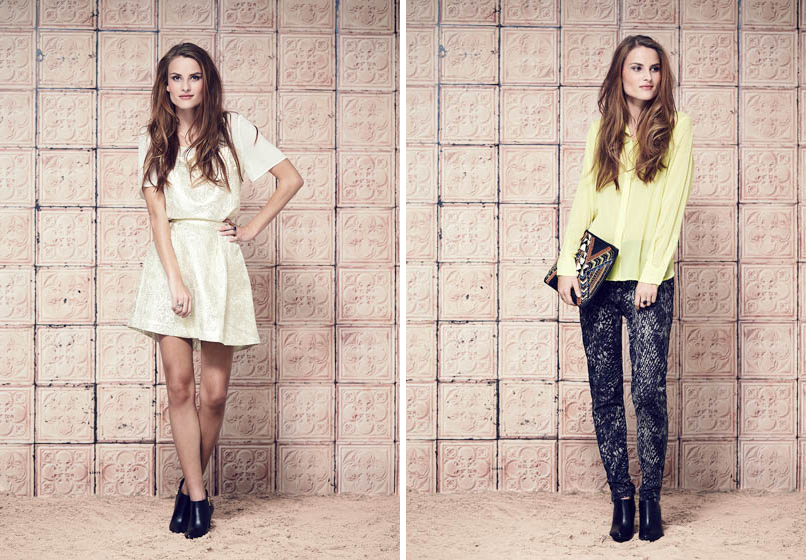 Soon, women on the same social circuit were asking if she would make the shawls for them, too. She did and, given their wide networks, she started getting requests to sell in high-end shops in well. The next step was selling at a Dusseldorf trade show, where she realised that antique fabrics meant that she couldn’t produce the numbers necessary for commercial success. So the question became: how to continue with the business while taking her sourcing in a new direction?

The question was answered when she moved back to Copenhagen in 2003 and quickly found a business parter – Henning Jakob Larsen. Together they bought expensive, luxurious silk brocades, furs and pashmina fabric from Italy and put them into production, making scarves and shawls in Portugal. They also created a series of simple knitted mohair scarves in four color combinations. That year at Copenhagen International Fashion Fair (CIFF), Copenhagen’s largest fashion trade show, buyers surprised Dea and Henning by going crazy for the mohair; they became a popular item nearly immediately.

Under her eponymous title Dea Kudibal, the scarves continued to sell. Though she received requests for a clothing line, she knew the time wasn’t right. In 2007, a customer of Kudibal’s approached her at a trade show wearing a shirt that she’d had specially made from one of the Dead Kudibal scarf patterns. “I saw that and I thought, well. we’d better start making shirts now!” Kudibal laughs.

Shirts joined the collection in 2008 and dresses were added the following season. For five years, the brand grew in Denmark, capturing approximately 500 wholesale customers around Europe.

Her look – patterned, luxe and feminine – is perhaps not the first image that comes to mind in terms of “Danish fashion,” but its success indicates the kind of diversity that exists within this market.

With business going gangbusters, the decision about opening a storefront continued to came up. One of their investors suggested that they maintain a headquarters in Denmark but should consider opening retail stores in Shanghai. That investor was also an investor in the Danish House of Amber, which had recently found great success in the Chinese market.

Intrigued, Dea and her husband visited Shanghai in 2013 to get a sense of the city. They also hosted a private shopping event for 30-40 women to feel out the reception; it was so strong that Dea knew immediately Shanghai was the right place for them to venture into retail. “The thing was, if we wanted to be successful in Shanghai and the Chinese market, we had to be there.” Dea explains. “So in October of 2013, my son, husband and I moved.” 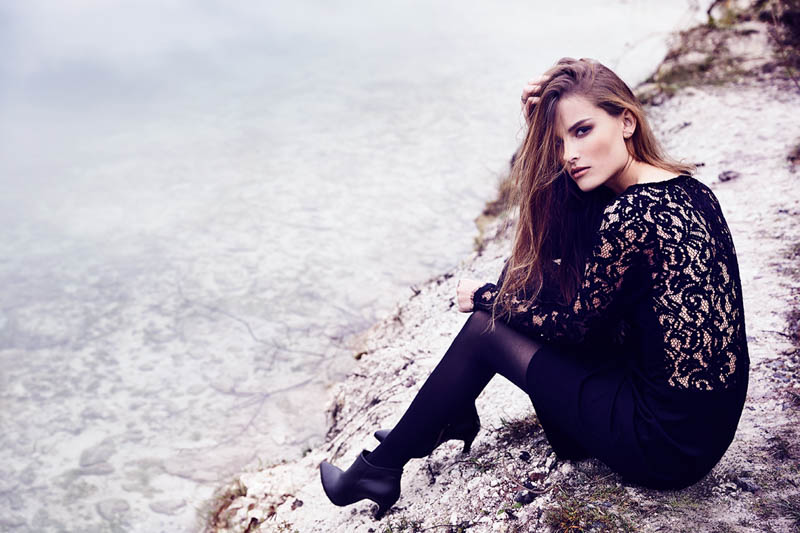 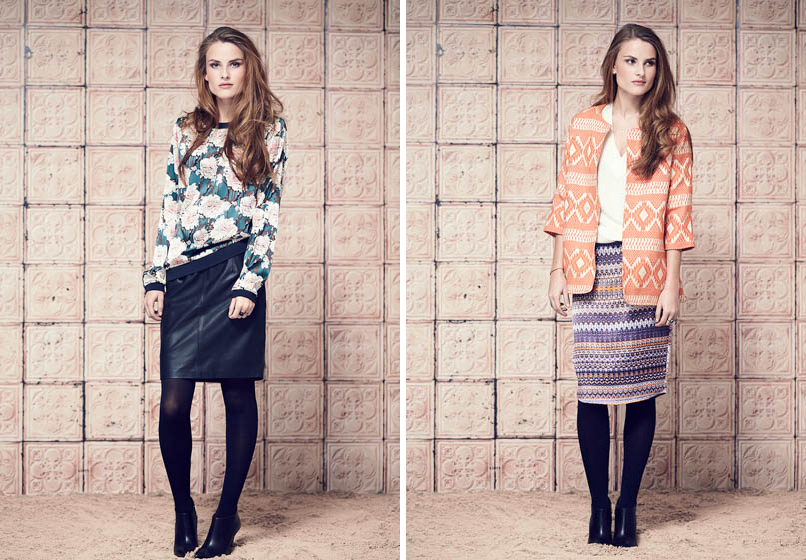 Dea Kudibal’s first store opened in May 2014, in a Shanghai department store. By mid-2015, they had opened another in Shanghai and a third in Qingdao. When I ask what the consumer differences are between Denmark and China, Dea answers, “We’ve found that our Chinese customers are very quality-focused. They will really inspect the clothes and ask the retail assistants about the styles.” Luckily for her customers, Dea Kudibal is also very quality-focused, using French seams (seams can have different citizenships, I’ve just learned) and luxurious fabrics. In addition, the growing middle class in China is interested in exploring the new diversity of styles available to them and developing personal style.

Dea Kudibal is exactly the kind of brand in which one can develop a personal style; since branching into tops and dresses, she’s added almost every clothing and accessory item to her collection. The brand includes daywear, workwear and even party attire. The patterns and materials continue to front-and-centre.

Is being a Danish or Scandinavian brand something that you find brings in customers, I ask? “Not really,” Dea tells me. “It’s less about where it’s from and more about the quality, as well as where and how it was produced. We get a lot of questions about that in the stores. Kudibal adds that they’ve moved production to China so that they can visit the factory regularly.

“We still consider ourselves a Scandinavian brand, however,” Dea continues, “and that has informed a lot of our decisions about not only about things like craftsmanship but also our path in China.”

Dea notes that the move, like any major upheaval, hasn’t been easy. “We’ve had to adapt to a new way of working. We also need to trust our management team there because we don’t yet speak the language. It’s definitely a big change. The most important aspect is that we’re there – you have to be on the ground. We estimate at least four years of living in Shanghai to really establish ourselves there.”

And after four years? “I don’t know,” Dea says. “But we’re not planning on leaving any time soon.” 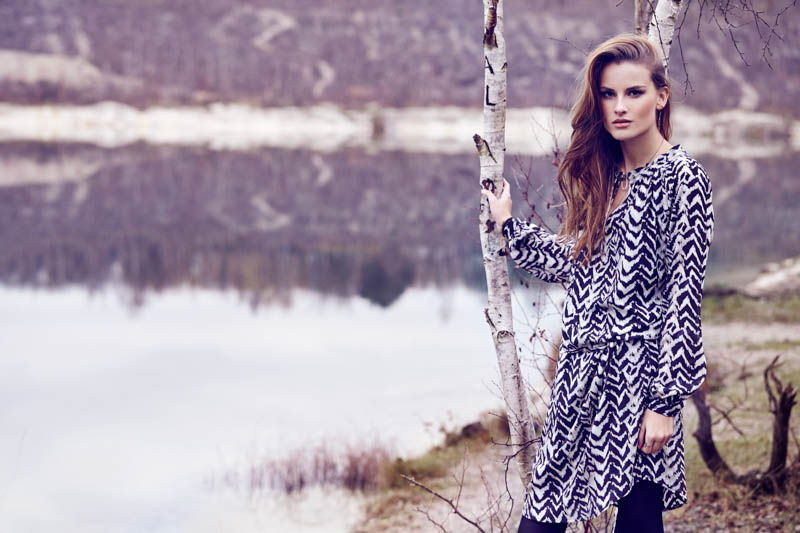