“Cabbage soup? Gross!” is the general response when the topic of this 19th Century Danish food classic, “Skærtorsdag søbekål,” is broached. But if you know how to make it right, cabbage soup can be a delicious (and highly nutritious!) meal.

The Thursday before Easter is called Skærtorsedag, and it’s a public holiday despite most Danes not celebrating it in a traditional or religious sense. In English, it’s called “Maundy Thursday,” and commemorates the last supper of Jesus Christ with the Apostles. In the 19th Century, this was a big deal. And what better way to celebrate a big deal day than with a nine-cabbage soup? Ja?

Also known as Skærtorsdag søbekål, the soup was eaten because it was packed with nutrients that would ensure health for the coming year. As a bonus, the soup would ward off evil demons (and the soup was probably capable of warding off many other things. Toot toot!)

Skærtorsdag søbekål is made with seven or nine kinds of cabbage (due to superstition), or an odd number of different greens if cabbage was too difficult to obtain. But: NINE kinds of cabbage?! Is this even possible? If you include cabbage cousins broccoli, brussels sprouts and the gang, it is! I enlisted the culinary skills of chef Albin Blomkvist to create a recipe with greens and marrow that is super healthy. Albin not only did this, but also produced a soup that actually looked and tasted good; now that’s culinary skill! 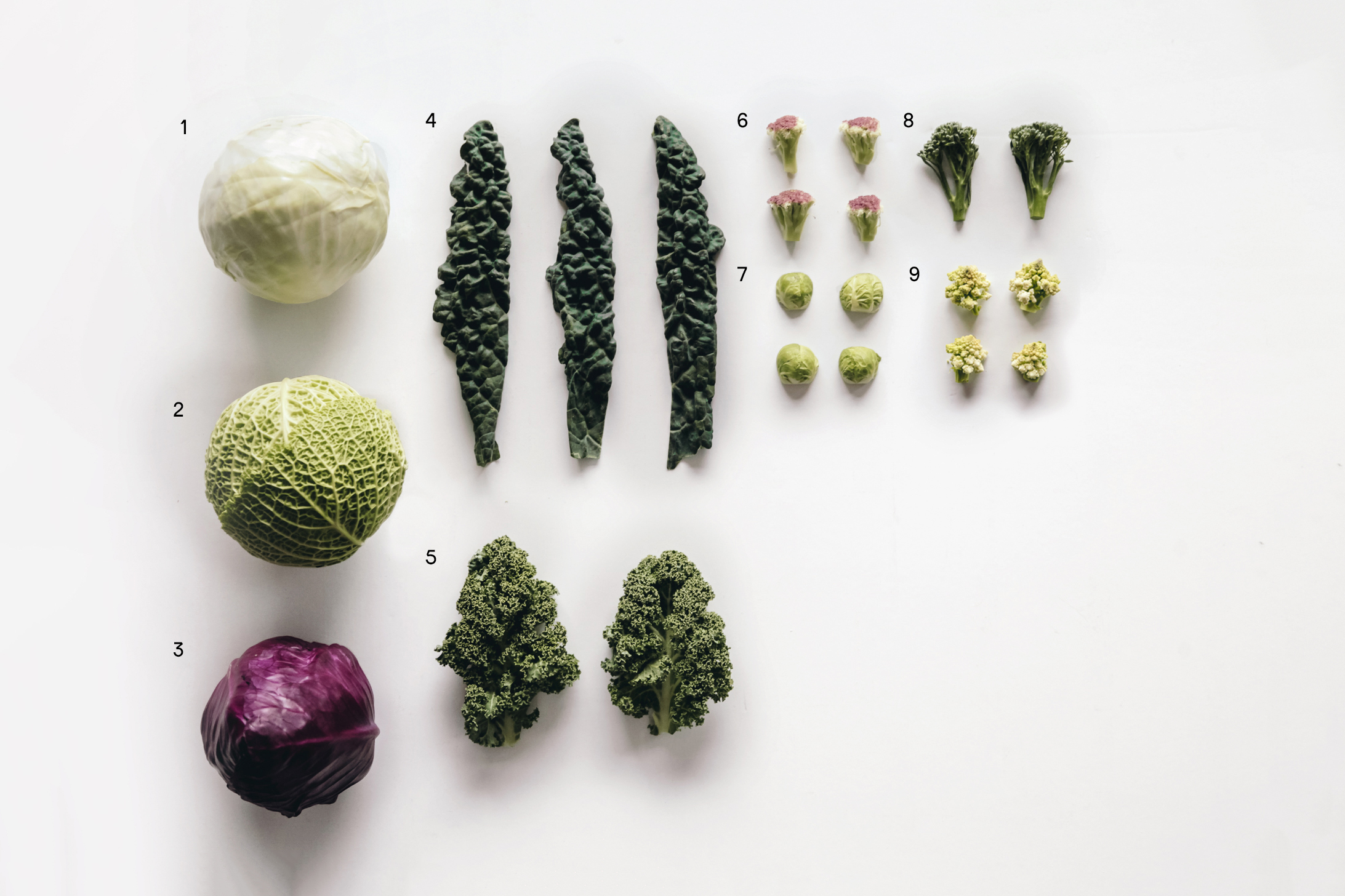 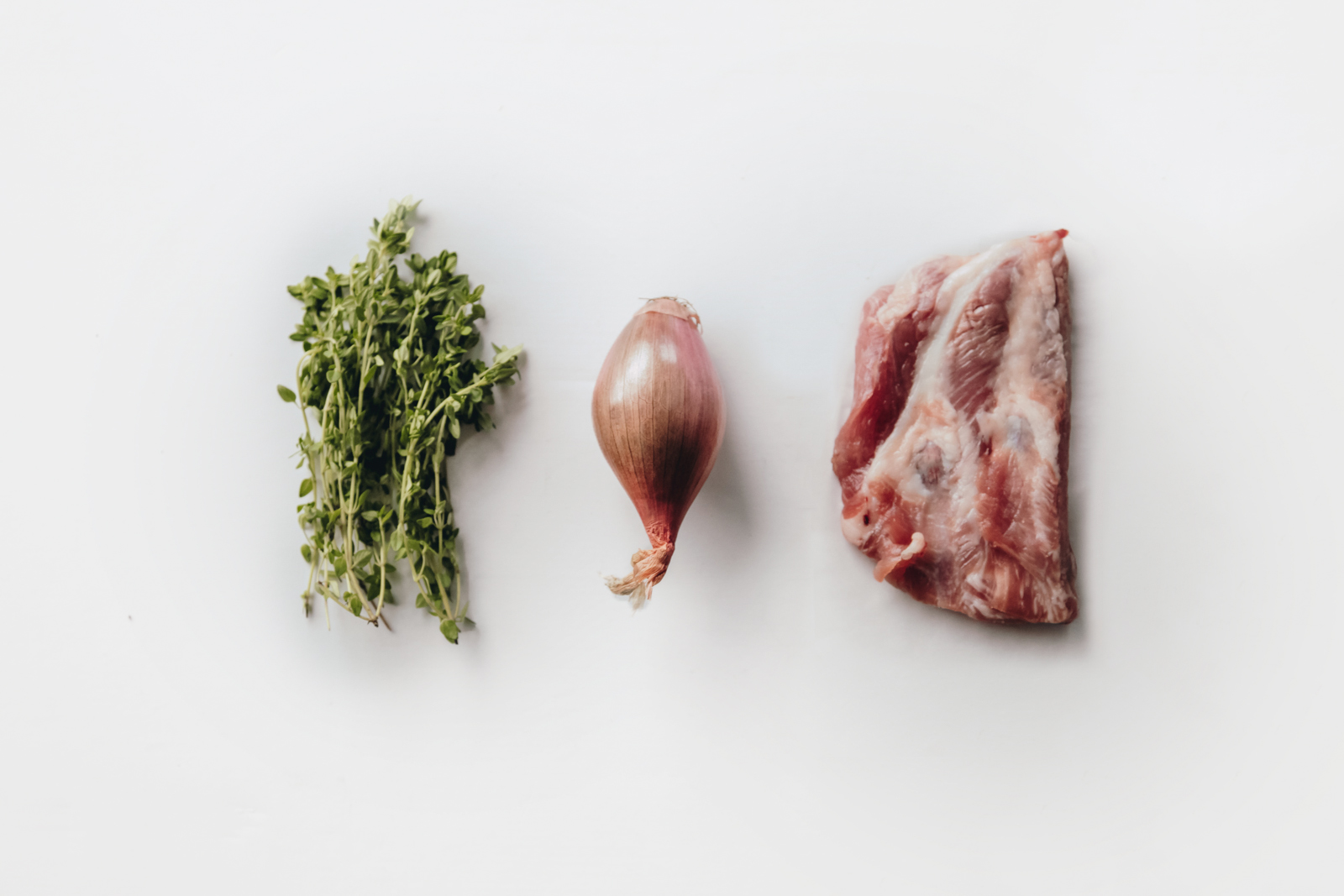 Roast your pork bones at 180 degrees celsius for approximately 30 minutes, or until thoroughly roasted and dark brown.

Dice two larger shallots and saute them in a large pot. When the onions are just starting to caramelize, add your roasted pork bones to the pot.

Add cold water until it barely covers the bones. Bring to a boil and then turn down to simmer. Have a ladle ready to skim off any foam that forms on the top. This is the stock for your soup.

Add a handful of thyme. Optional: add a diced apple, dash of white wine or chopped and sauteed garlic.

Let your stock simmer for at least 30 minutes before straining the liquid into another pot. Let the liquid reduce until you have a taste and thickness that you’re happy with. This is going to be the base of your soup, so you’ll want strong flavors.

Using a knife, mandolin slicer or food processor, shred the white and savoy cabbages. Add the shredded cabbage to the stock and let it simmer.

Now it’s time to process the other vegetables. Leaving out the brussel sprouts, chop all your remaining vegetables to bite size pieces. Drop the pieces into boiling, salted water. After 10-20 seconds, remove and drop them into iced water for the same amount of time as blanching (10 – 20 seconds). This will immediately stop the cooking process and keep your vegetables at the perfect texture. Once vegetables are blanched, put aside.

Halve the brussel sprouts and fry them on the cut side in a thin layer of olive oil. Remove from frying pan and put aside, combining them with the blanched vegetables.

Brush the blanched cavolo nero (black kale) generously with olive oil and bake on a tray at 120 degrees celcius for 10 minutes or until crispy. You can also do this in a food dehydrator overnight if you’re very fancy. Once done, remove from baking tray and combine with all other vegetables.

By the time you have your other vegetables ready, the savoy and white cabbage should be cooked. Make sure of this by pressing some of the shredded vegetables against the side of the pot to see how easily the pieces break. When the fibers of the cabbage are broken down so that they pieces easily come apart, use your hand blender until the ingredients are smooth.

If the soup is too thick, just add a splash of water or milk. When the consistency is to your liking, add salt and pepper to taste.

Layer and mix your seven different kinds of cabbage in the bottom of your bowl, then pour the stock into the bowl along the side. This way you have a soup base with all your favorite kinds of perfectly cooked kale and cabbage in the middle.