Started by Copenhagen-based, Turkish-born sisters Şeyda Özçetin and Seda Özçetin, Hamide is not only a business; it’s a personal journey.

The women moved to Lund, Sweden in 2008 and 2009, respectively, to study. Şeyda’s education was in theoretical art and design while Seda studied entrepreneurship. They brought their mother, Hamide.

Seda and Şeyda name her as their biggest inspiration and, therefore, the namesake of the studio. Şeyda explains, “When my mother was growing up, it was difficult to be a woman in Turkey. That’s still true today. You are not always free. Our mother was smart, so talented – she was a real designer – but she wasn’t allowed to pursue the education she wanted. So when it came to us, she expressed how important education and passion were to our lives.” 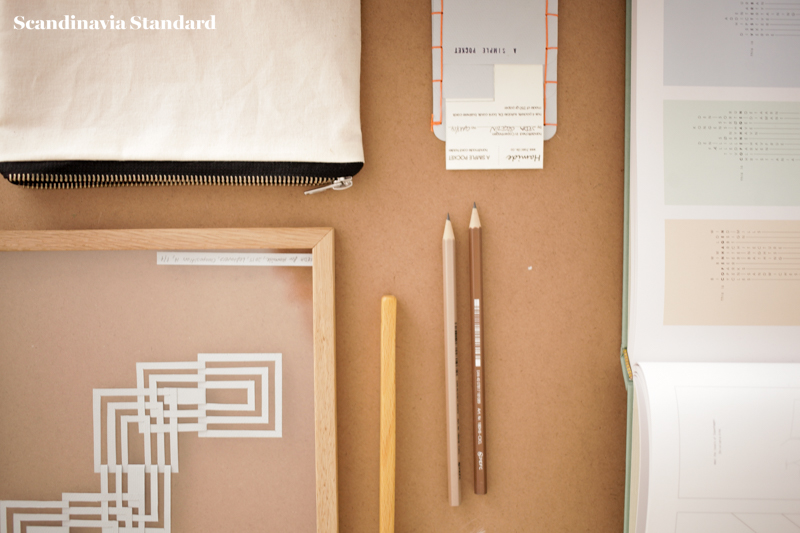 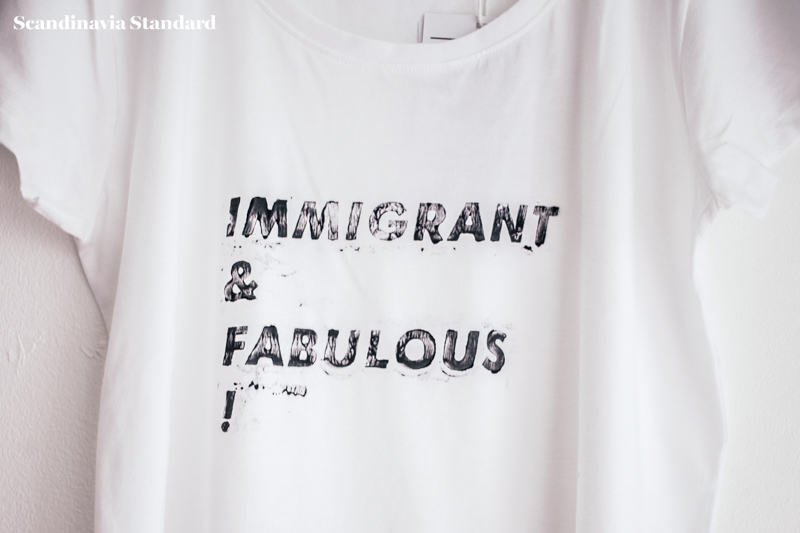 At the time the three women moved to Sweden, their mother was ill with a rare, terminal form of Parkinson’s. When their visas ended in 2010, all three went back to Turkey. They then began the process of immigrating to Denmark.

“At that point,” says Şeyda, “We knew we wanted to live in Scandinavia. As designers, it was just the place where we were the most inspired, and also where our work made the most sense.”

They began working on their design studio, discussing materials, items and how they would go about setting it up once they arrived in their new home. “It was the unofficial start of Hamide Design Studio,” Şeyda tells me, “And it’s what kept us sane during that year while we were waiting for our visa, working and taking care of our mother. Without that light in our lives, I don’t think we would have been able to do anything else. It was important for us. I think that’s the reason we consider Hamide more of an art project than a business, although it is both, of course.” 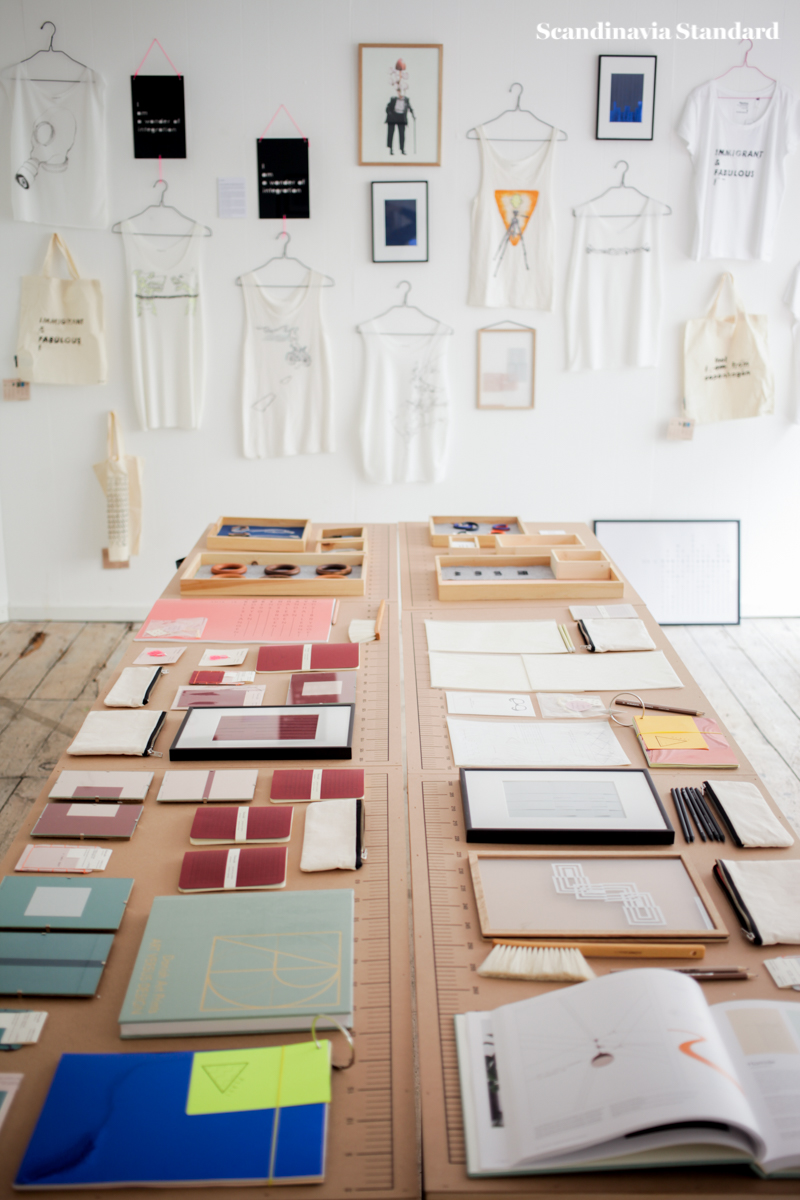 In 2011, their visas came through and they moved to Copenhagen. “We had our deposit, a month’s rent and nothing else,” Şeyda remembers. “It was actually crazy. But we had to support our mother so we got work doing anything we could find – cleaning, bartending, anything.”

But the women continued working on Hamide on the side. In 2012, it paid off when Munk Shop, a well-known interior design boutique in Christianshavn, Copenhagen, put in an order for their postcards and notebooks. Suddenly, more shops were putting in orders, including Ny Carlsberg Glyptotek, Danish Architecture Centre & Cinnober.

“That’s when Hamide became official for us,” Şeyda says. “And it’s been going, going, going ever since.” The duo began going to design fairs and markets like NorthModern and Det Nye Designer Market, where they continued to get a positive response from both retailers and customers. 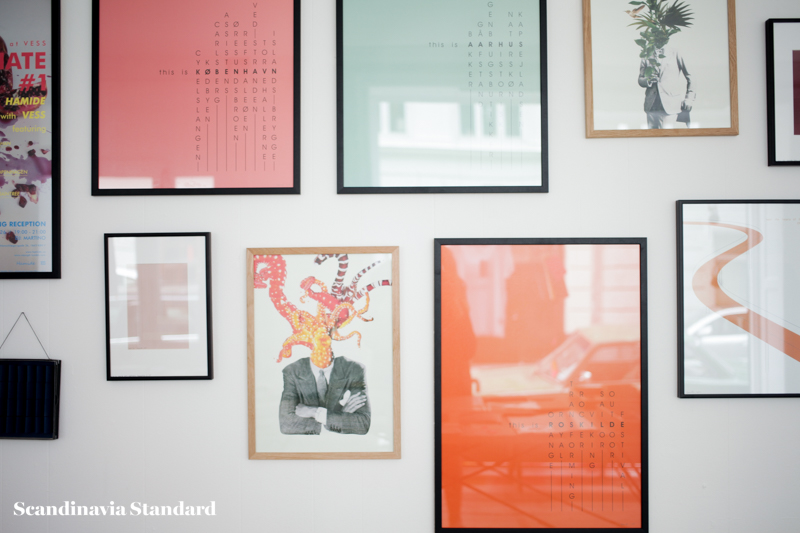 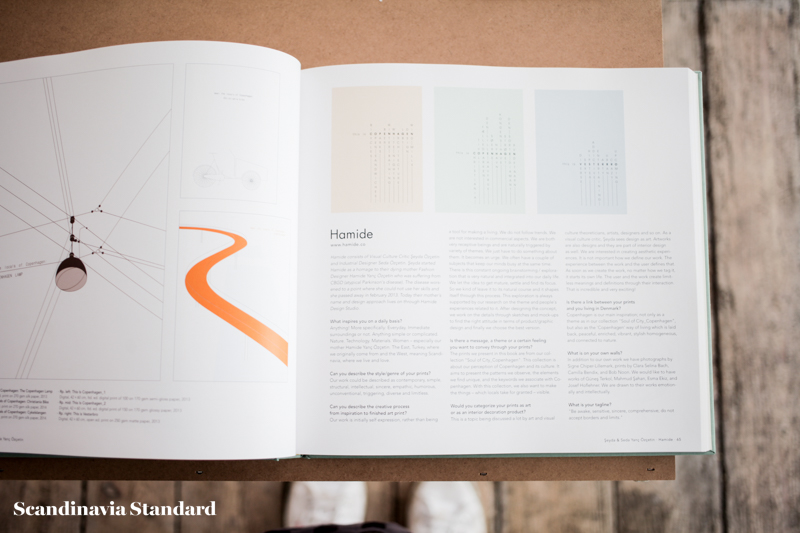 From the beginning, Seda & Şeyda designed with sustainability in mind. They source their materials and print locally, as well as drawing inspiration from their surroundings. They’re interested in what Şeyda calls, “slow communication;” products like notebooks and postcards encourage interaction with a product and thoughtfulness about use. The message of the products is equally important; Hamide pride themselves on supporting women (see projects like SuperKvinder) and worker’s rights, as well as the immigrant community.

Their current project focuses on the meaning of place and displacement; self-identity and immigration. The collection, called “I feel from,” has two separate lines within it: “I feel from Copenhagen” and “Immigrant & Fabulous!” The collection is an ode to their love of their chosen city as well as an embracing of the word “immigrant,” which has seen a surge in negative use in Denmark over the last years.

They recently had a pop-up shop, Pomegranate #1, at VESS. The shop not only included their own products but work from other artists and designers from Copenhagen, including Blindes Arbejde, Mirins Copenhagen, Raintree, Beadleg, Planteplaneter, Ses Perisi, Mahmud Şahan and Phylicia Gilijamse Jewellery. 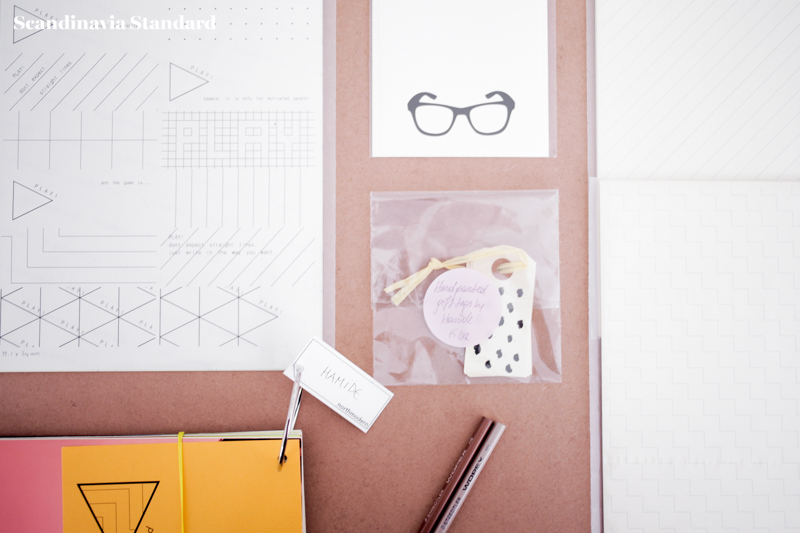 You can buy Hamide Design Studio products online or in any of their retailers around the world.