Vodka is experiencing a renaissance at the moment and, while some of the flashier brands may have already caught your eye, there’s good reason to give your attention to Den Klodesede Bjørn. An almost painfully small batch liquor (75 litres each) handmade in Denmark, each bottle surprises you with a unique taste.

Launched in 2010 by Frederik Plum, the brand is interested in more than good taste.

“I’ve been home-brewing since I was young,” Plum explains, “And what interests me about vodka is the way that different cultures interact with it. The Russian and Japanese cultures around vodka, for example, are incredibly different than what we experience here in Denmark. We’re trying to express that as much as we can.”

And though changing the entire culture around a particular liquor may be a large undertaking, Plum isn’t one to shy away from big ideas. While telling the story of his business, he manages to weave in Russian literature and Japanese philosophy for good measure. He’s even emblazoned his bottles with a Pushkin quotation from Eugene Onegin; “Guilt, shame and pain. Life is gruesome.” If ever a quote made you want to drink vodka…

When he started the business, it was part-time. What began as a showroom and office for Den Klodesede Bjorn became Den Sidste Dråbe, a small liquor store that specialises in independent and speciality liquors. “In 2013, when my son was born, I decided to go full time.” Frederik tells me. His wife, Naja, manages the store. “It felt like all-or-nothing time for the brand, and we’ve been growing ever since.” Having tasted the vodka, I can understand why. It’s smooth, flavorful and gives you that great warmth that’s often missing from vodka.

You can find – and taste for yourself! – the vodka at Den Sidste Dråbe, as well as take part in one of their “white spirits” tastings, in which they sample multiple clear liquors.

To bring out some of the great qualities of Den Klodesede Bjørn, try out these Meadow Collins & Vodka Old Fashioned cocktail recipes from Søren Krogh of noma restaurant: 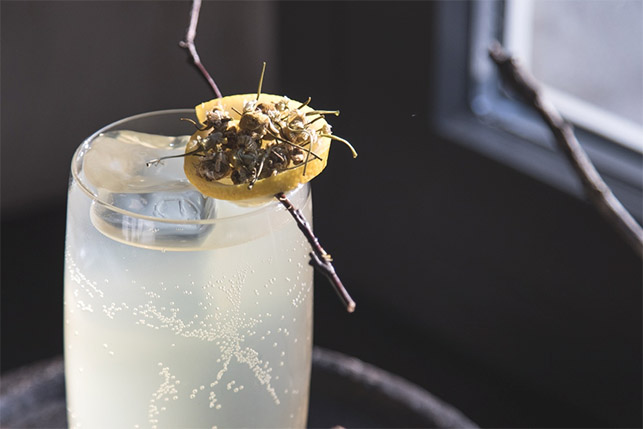 It’s easy to make your own vodka infusion. Mix half your bottle of vodka with with a handful of dried chamomile flowers for 15-20 minutes (or longer, if you can) and strain it through a coffee filter. Combine the chamomile-infused vodka with the remaining portion of the vodka for a subtle flavor. 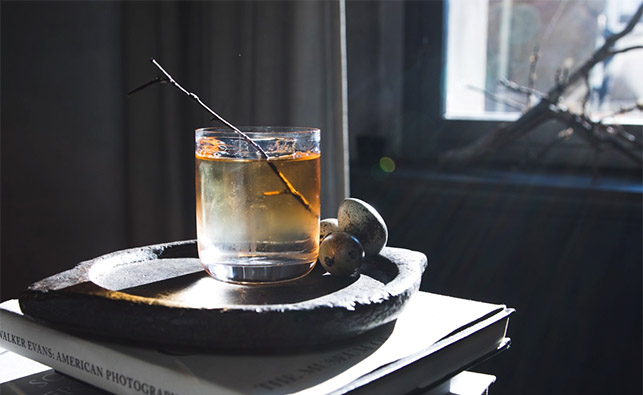 Do you have a favorite vodka cocktail recipe? Tell us about it!