It’s that time of year again – your favorite, don’t lie – when we eat hot wheat buns and take a walk around Kastellet (“The Citadel”) to see a student choir sing. All that is painfully obvious so the important question becomes: WHY?! We all want to know: what is Store Bededag?

If you’d just stop shouting I’ll tell you. In 1686 (a year made notable by the founding of the League of Augsburg and the birth of Scottish poet Allan Ramsay. History, people!), King Christian V consolidated a few of the lesser Catholic prayer days that had survived the Reformation. The resulting holiday, known as Store Bededag in Danish, was one where no one was allowed to work.

Why do danes eat buns?

The work ban extended to bakers. Even those praying hardcore have to eat sometime, so wheat buns which could be heated the next day were produced. These warm buns, called varme hveder, are still eaten to this day, usually both the night before and the day of the holiday.

Parades along the ramparts?

Traditionally, the people of Copenhagen walked the ramparts of the city on Store Bededag eve. University of Copenhagen students walked to honor their classmates who had fought in the Assault on Copenhagen in 1659. The ramparts no longer exist so instead citizens walk along Kastellet or Langelinie.

Great Prayer Day always takes place on the fourth Friday following Easter and is the only non-Sunday, excepting Ascension Day, that a church confirmation can take place.

So what does GPD mean for you? Offices are closed but most restaurants and cafes are open so take a walk in the city (Kastellet or elsewhere), eat some buns and be grateful that you live in a city that takes its holidays so very seriously. 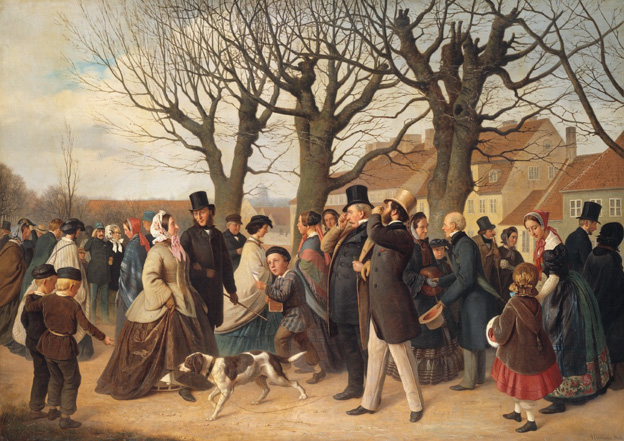