If you haven’t already noticed, Hans Christian Andersen is kind of a big deal in these parts. His fairy tales and imagery are branded into the Danish culture in a way that seems almost inevitable; would Denmark be Denmark without him?

His stories stand alone, so if you’re in the mood to read (or re-read), check out any of his famous collections of fairy tales or respected travelogues. If you’re looking for ways to learn more about his life and cultural impact, however, Denmark has maintained a number of spots around the nation that showcase this. Whether you’d like a quick trip or want to spend a whole weekend with H.C., here’s what’s available!

Go see the humble home where Andersen lived from infancy until he was 14. This is where he would have been introduced to literature by his father and began his lifelong love of stories. The nearby Hans Christian Andersen Museum tells the story of his full life and work.

Say hello to the Little Mermaid

Not to be obvious about it, but duh. The Little Mermaid perhaps isn’t H.C. Andersen’s crowning achievement, but it is visually representative of Denmark. Her forlorn little face, sitting on the rocks and looking out into the water, is about as melancholic as a national treasure gets. Don’t get too sad though; the view from her perch is pretty spectacular.

Please note: due to extremely strict copyright regulations, we can’t show you a picture of The Little Mermaid. Crazy, right? Google image search!

Less of a museum and more of a living picture book, the Fairy Tale House leads you through a series of tableaux to see the stories of Andersen. In addition, a number of props and audio recordings recreate what Andersen’s study would have looked like and allow “him” to share his life’s tale. A great activity for kids or those who just love fairy tales. 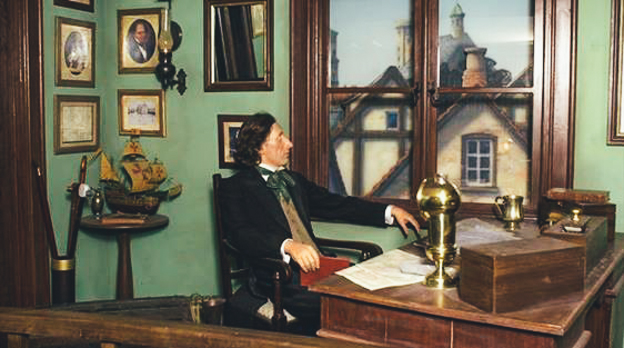 How cute are these little ducklings?! Look at that naughty face. Aviendo Fairy Tales and some very talented Danish designers brought this little guy to life and we think it’s the perfect gift for a child that likes to combine reading and playing; the illustrated book, available in a multitude of languages, is a wonderful way to introduce this story to your children and can be passed down for years to come. 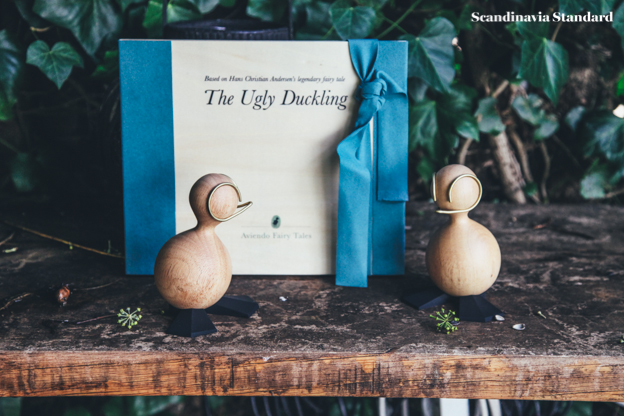 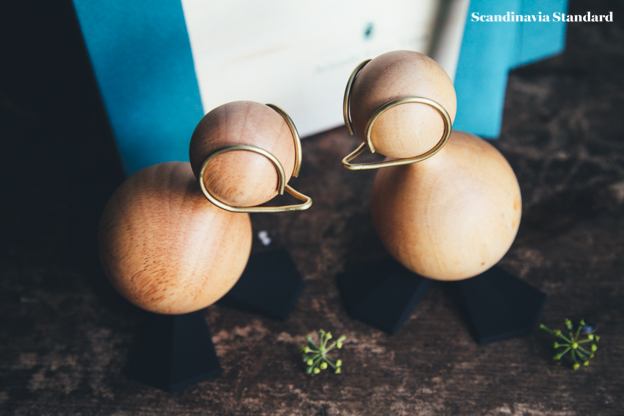 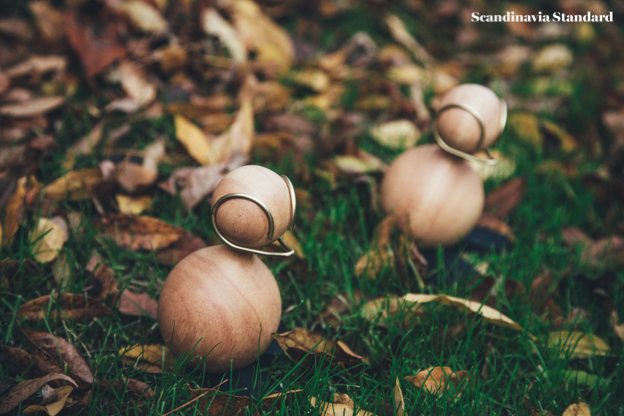 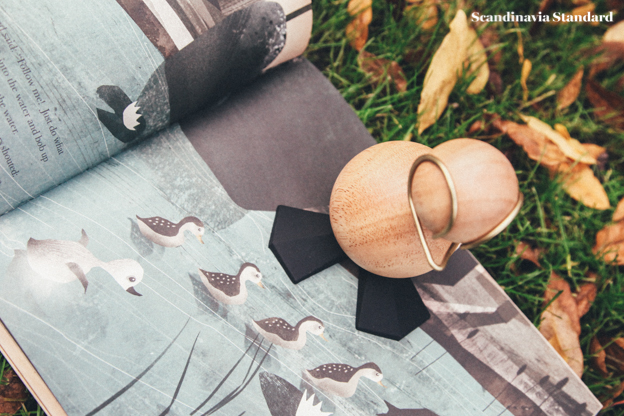 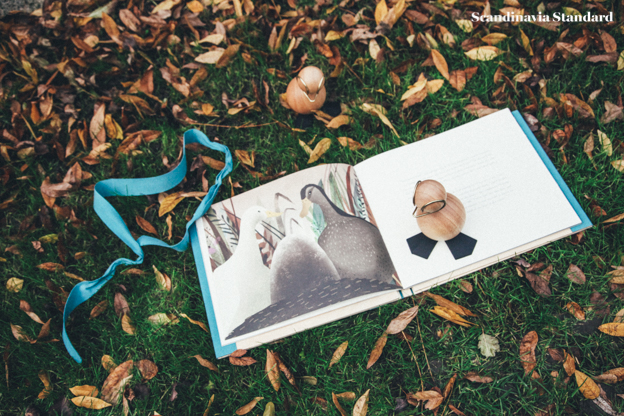 See his grave at Assistens Kirkegaard

Near-death, Andersen spoke to a composer about the music to be played at his funeral. He told him, “Most of the people who walk after me will be children, so make the beat keep time with little steps.” He died in August of 1875; he is believed to have died of liver cancer, though his failing health was also precipitated three years previously by a bad fall from which he never recovered.

Unlike many cemeteries, Assistens Kirkegaard in Nørrebro is not only a place to remember the dead but to enjoy life. With lots of lush grash, long tree-lined paths and wooden benches, this cemetery is generally used as a park. Take a leisurely walk or go with a picnic; be sure to wave at Mr. Andersen while you’re there. 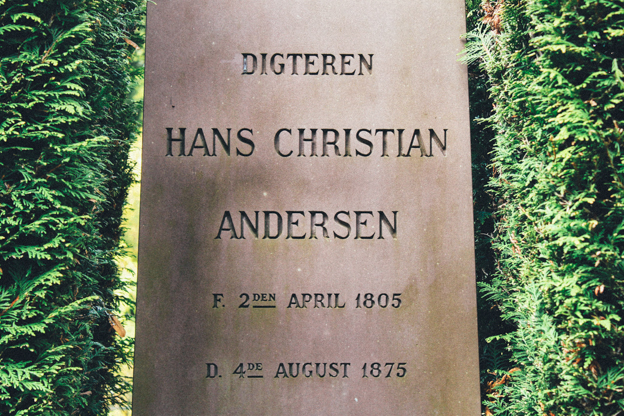 Are there any other Hans Christian Andersen themed-things you like to do in Denmark? Tell us about them!