By the time you’ve trekked all the way up the emerald carpeted stairs to the top floor of the beautiful building on Store Strandstræde that houses Les Gens Heureux, you might be ready to turn back.

What could possibly be all the way up here that’s worth this torture, you may wonder. But look, you’re already outside the door. You might as well just see what’s inside.

I promise you’ll be happy you did. Les Gens Heureux (which translates to, charmingly, The Happy People), is an art gallery and workspace that focuses just as much on maximizing their space as they do choosing their artists.

Because the gallery isn’t on the ground level of the building, it’s easy to miss. In fact, it’s only open to the public at pre-appointed days (which you can see on their Facebook) and by appointment.

This policy is partly because Les Gens Heureux functions not only as a place to display art but also as a place where it’s created. Freelancers can rent desks, which means that on any given day there’s between 1 and 6 people working there.

When we visit, Danish artists Mathias Malling Mortensen and Jesper Skov Madsen have pieces on display. Madsen’s joyful explosions of color and Mortensen’s controlled cut-outs and intense shades of blue complement each other in unexpected ways. It’s the curation, however, that makes the gallery special. Their light, the white walls and embracing of open space make each room its own gentle universe. 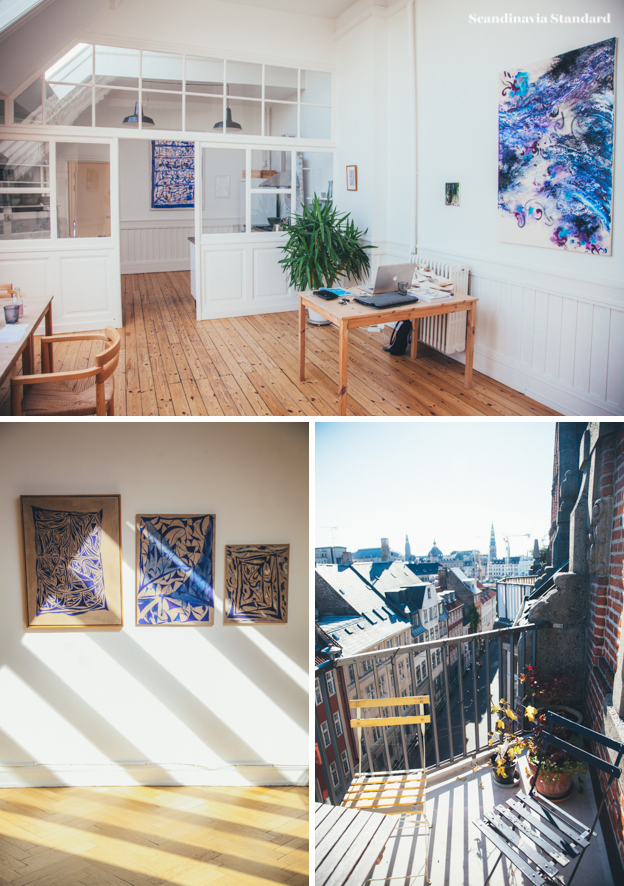 Launched by business partners Anneli Hakkinen and Sanne Frank in 2012, the original idea was for the converted apartment to simply be a creative studio. They hung some art pieces as part of their opening; it looked so good that the women felt it would be a waste of the space not to continue to use it as a gallery.

Frank, who works as an art director, and Hakkinen, who is a booker and agent for videographers, didn’t have much trouble getting artists to show at Les Gens Heureux. Though they mostly focus on Scandinavian art, they do occasionally have international artists. These tend to be collaborative shows, such as the group show coming up in spring 2015.

Next up, from 29 November, world-renown Danish artist Fie Norsker will be having a solo show; a major coup for the gallery. “Fie could have chosen from any number of galleries in Copenhagen,” Anneli tells me, “but the fact that she wants to show with us is very exciting. We’re thrilled to have her!”

Les Gens Heureux leans towards supporting emerging artists that have already had a measure of success, whether that be in Scandinavia or globally. Norsker, Mortensen and Madsen are all examples of artists at that stage in their careers.

In addition to showing the pieces, the gallery sells as well. The chance to buy work from the next generation of important Scandinavian artists is a rare one; if you’re looking for beautiful pieces for your office or home, I suggest taking a look here.

It may seem like more work to get to Les Gens Heureux gallery, and it is, but sometimes the things that take a bit of effort are the most worthwhile. If you’re an art lover in Copenhagen looking to get a better sense of the up-and-coming names in Scandinavian art, do yourself a favor: take the stairs. 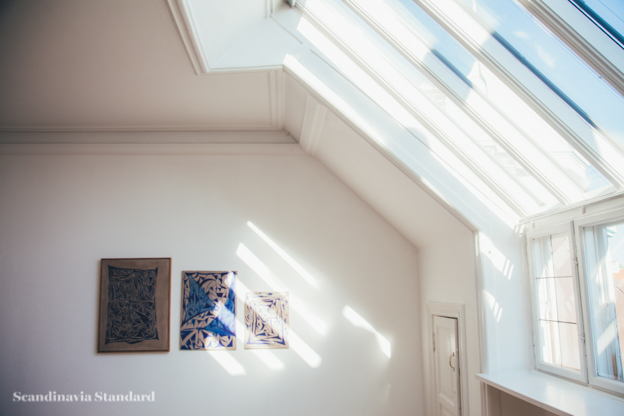