The status quo of the fashion industry is disastrous, it is detrimental to the planet, and to the people who make the garments. This is hardly breaking news, but Covid-19 has acted as a catalyst in driving the systemic issues of the industry to new heights. One example being waste.

Overproduction was already a problem pre-pandemic, with luxury brands like Burberry making headlines for burning unsold clothes. Now that unsold inventory has also become a business problem, this topic is moving into the spotlight.

Over the last months, mountains of stock have been piling up in warehouses, distribution centers, and stores. According to analyses by McKinsey, there will be 35 to 45 billion in overstock from the spring/summer 2020 season. While retailers are trying to figure out how to get rid of it, all options are nothing more than damage-limitation.

Massive sales appear to be an easy fix to a complex problem but do nothing more than shift the responsibility from the companies to the customers. Considering that, according to research by Kasemset et al. (2015), around 20% of fabric is lost during production, the amount of wasted resources goes far beyond these mountains of stock. Pre-pandemic, Harvard Business Review (2011) estimated the industry average of overproduction to be around 17-20%, future research will tell how much this number has increased in 2020.

The reasons behind this inventory madness mainly comes down to two aspects, an obsession with short-lived clothes and long supply chains. In her article for The New York Times, Irina Aleksander paints a vivid picture of the absurdities that have led to and accompanied the decline of the fashion industry as we know it.

The good news is there are alternatives – if the industry is willing to change. For years, the Copenhagen-based company Son of a Tailor has been advocating for this change and met closed doors. Now that overproduction has started to hurt not only the environment but the big brands’ bottom lines, there’s a chance to move this discourse forward.

One promising example is the shift towards a made-to-order model. Why waste resources on producing clothes that will never be sold? Son of a Tailor makes clothes to order, based on each customer’s individual measurements. This way, the made-to-order principle is taken one step further. Saying goodbye to mass production and making garments that are custom-fitted to the person who will wear them also goes some way to combating the return problem of fashion e-commerce. Combined with the fact that only materials of the highest quality are used, Son of a Tailor t-shirts have 45% less embodied CO2 emissions than those bought in offline retail and 32% less than in traditional e-commerce.

Launched through Kickstarter in fall 2019, it’s since become a part of the permanent collection. New styles have been developed due to customer demand, but it’s always produced in the same way; through a combination of made-to-order, custom fitting, and 3D knitting. And this new way sees waste reduced to less than 1% compared to the industry average of 20%. 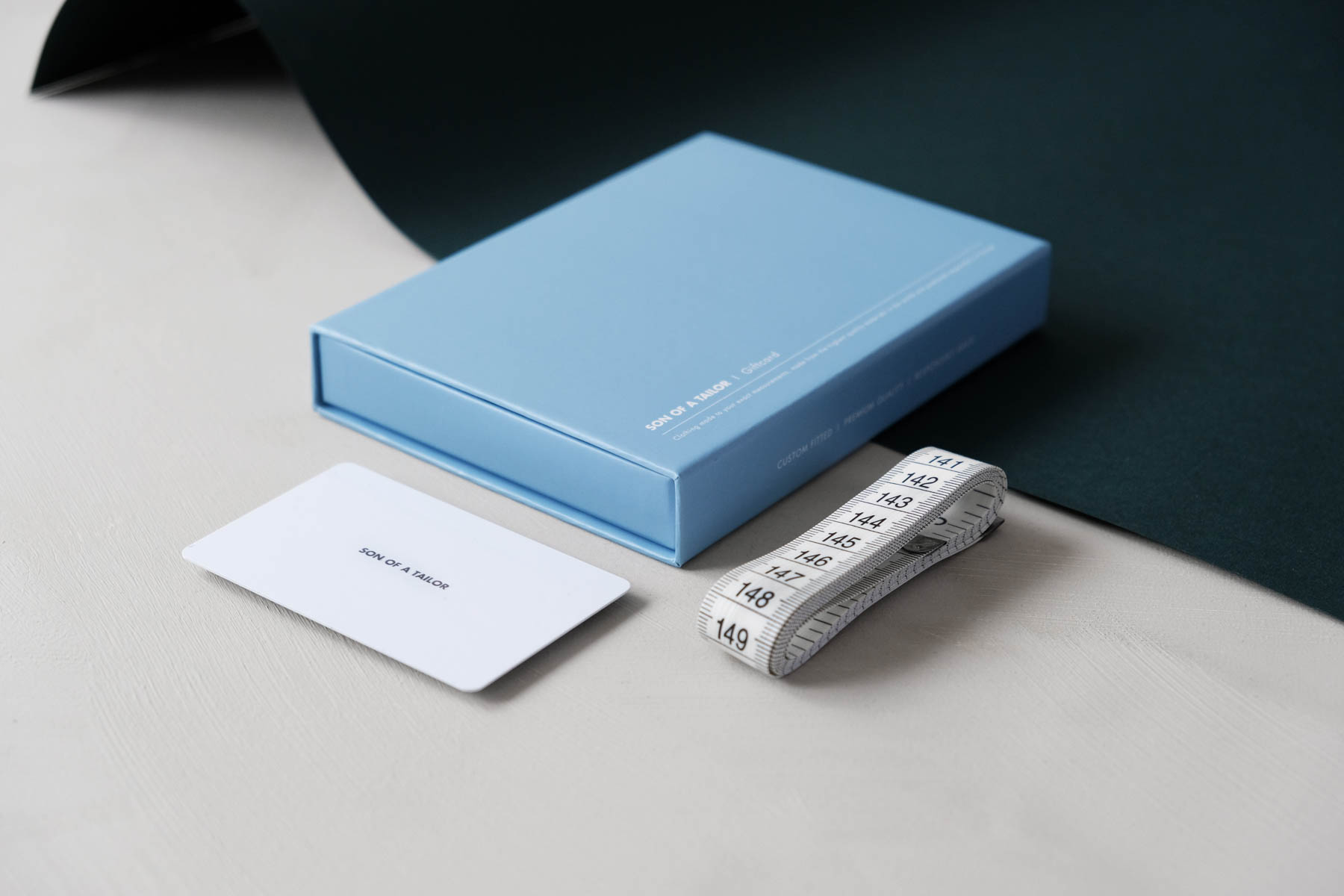 Son of a Tailor always felt like the odd kid out, but now it’s time for the fashion establishment to join them on their mission to fight waste in garment production.

Learn more about the way Son of a Tailor does things and get to know the faces behind the garments here.

Disclaimer: Kay is a contributor for Scandinavia Standard and the Communications Manager for Son of a Tailor.