A small, enclosed space filled with cacti doesn’t seem like a good idea but somehow the founders of Kaktus København have made it work. Launched in May 2015 by three women: Maja, Cille and Gro, the shop is an ode to their favourite botanical item: the cactus.

The shop on Jægersborggade is just as delightfully quirky as you would imagine. For a small space filled with tiny-needle plants, it seems surprisingly airy and uncluttered. It’s well-curated and there are bursts of cactus-themed merchandise on the walls and shelves, such as posters and crochet sculptures.

So how does one go about opening a cactus and succulent shop? Maja explains that she and childhood friend Cille began taking gardening classes together when they were young, but botany didn’t feature largely in their day-to-day lives until they moved in together and began a cactus collection that eventually claimed an entire large windowsill.

When Cille traveled through Guatemala, she learned how to cook cacti and a variety of ways to use them. On a Skype call during that time, the girls decided to open the shop when she returned to Copenhagen.

Maja then discussed the idea with her sister Gro, who was immediately into it. “The concept came together very quickly,” Maja tells me. “First, we found a man who grows cacti and succulents in Denmark. We call him the Cactus Man and he knows everything about them. Once we had the plant supply, we started by going to fairs and markets like FindersKeepers. Within three months, we were moving into our location.”

But regardless of spending so much time surrounded by cacti, and learning a great deal from the Cactus Man, the women don’t consider themselves cactus experts. “We’re cactus fans,” Maja emphasises.

Their serious fandom is on display throughout the shop, with cacti and succulents of all sizes, shapes and colours. A quick note on cacti versus succulents: all cacti are succulents, but not all succulents are cacti. What defines a cactus specifically are their areoles, which are white cotton-like lumps from which the spines sprout. 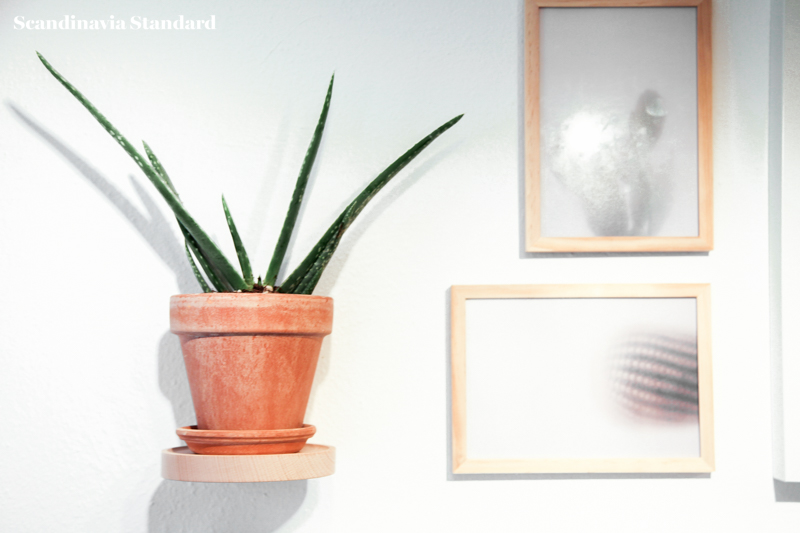 Though the varieties and looks are numerous, almost all succulents and cacti are natural works of art. “Our initial love of them is aesthetic,” Maja tells me, “because they’re so sculptural. As we’ve gotten to know more about them, we find out more we love. They live so long and are often given symbolically at events like graduations or weddings. They can be very special to people.”

Maja tells me a sweet story about a man who recently came into the shop. “He told me that his coworker had the same cactus for 25 years and it had just died. Apparently the man had been moping around the office and his colleague came in to buy him a new one – a fresh start.”

I ask what Maja’s learned about cacti that could be helpful to those of us who don’t know much about them. She points to Cille, who is repotting a large catcus and says, “they’re very easy to share. What’s great about a cactus is that you can plant a clipping and grow another cactus! It’s a plant that keeps on giving. You can plant multiples for yourself or give them to friends.”

The Kaktus København tips to plant a clipping are:

Cut off a small part of the plant

Let it dry for ten days

Plant it with half of the clipping covered by soil

Water and tend to as you would normally

Be patient! It will take a while to grow 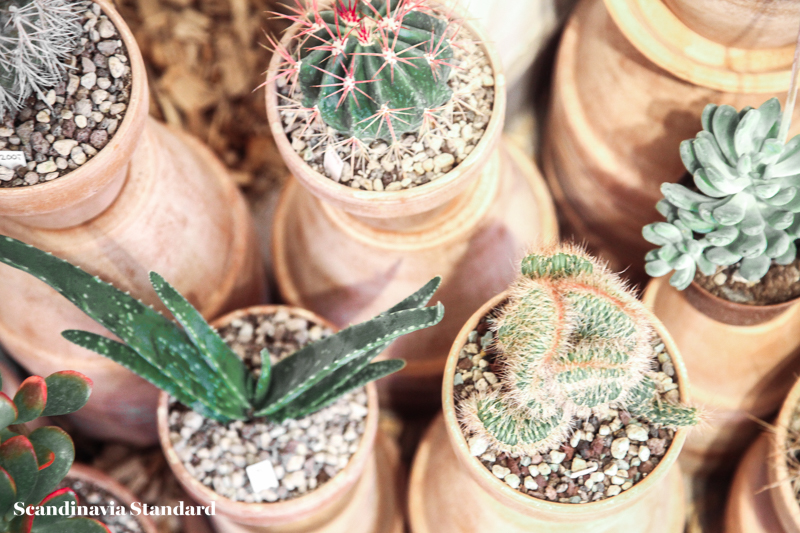 So now that Kaktus København is up and running, what next? “We would like to get involved with selling to companies,” Maja says, “because it’s so nice to have plants in the office. The problem is always: who will care of them? Cacti don’t need as much water and attention as the average plant, so they’re great desk companions!”

They’re also working on collaborations with similarly-themed brands or companies, such as cactus art or cactus-flavoured drinks.

But the key is always going to be the cactus – simple, beautiful and a little bit weird.

Visit Kaktus København to get your next houseplant.