You don’t meet a lot of fashion designers who started out wanting to be buyers. But that’s what Nicklas Kunz is telling me, so I believe it. We’re at Risteriet in Vesterbro and I’m having a cup of coffee – Nicklas says he stays away from the stuff as though coffee beans are hard drugs and I suddenly feel very badass.

“And why did you want to be a buyer?” I ask him, perplexed. It doesn’t seem like the kind of job that a child would even know exists. It turns out, that dream didn’t last too long. “Why buy it for someone else when you can make it for yourself; start your own trends?” he asks (rhetorically, I assume. I’m not the designer here).

Kunz’s love affair with fashion may have started young, but his inspiration has always been clear. “The first time I changed my style, it was to impress a girl. I was 14,” he tells me. “I wanted to be the cool guy. That feeling is something I still work with.”

Nicklas then admits to a weirdly charming, slightly disconcerting habit: “Since I was young, I’ve rearranged what people are wearing in my head. When I look at someone’s outfit, I’m constantly switching things around. It’s kind of automatic at this point.” I immediately adjust my shirt. Why did I wear these stupid pants today?!

As Nicklas grew up and took stock of Denmark’s menswear fashion scene, he felt limited. “It was about suits – it was very conservative. I saw this big gap in the market for high quality streetwear.” By August 2012, Kunz launched his first collection. He took the line to New York City and showed there for two seasons – a bold move for an unknown Danish designer. It paid off, with Kendrick Lamar pictured in his Rakim jacket. 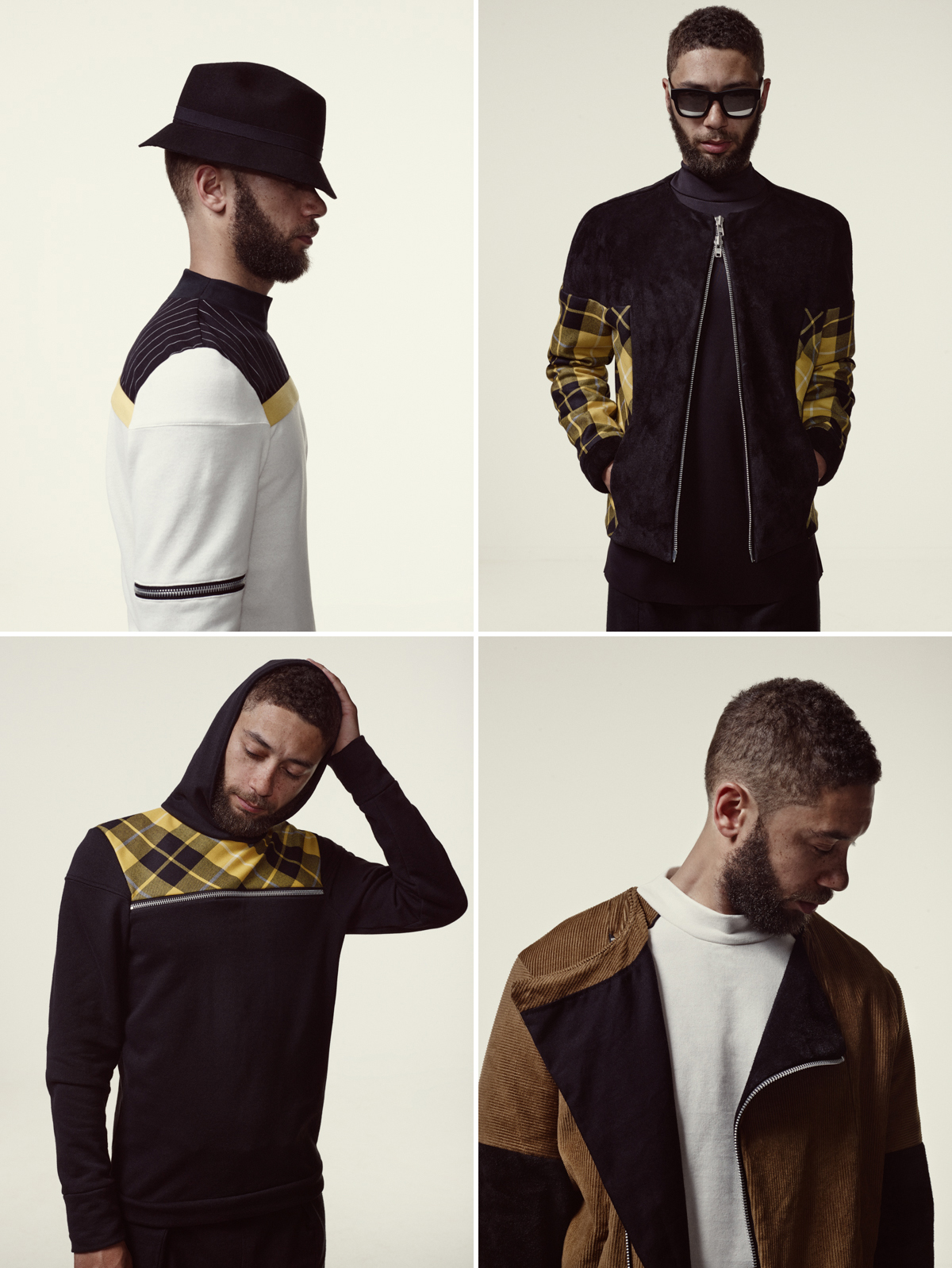 But boldness seems to be a theme for Nicklas; it’s a term he uses often, both to describe those who wear his clothes and the arc of his career. “You always have to reach to be more bold, that’s what I try to do and it’s why I think our fan base in Denmark is growing so quickly. People’s choices in clothing are more diverse and interesting.”

He continued to extend his risk taking last season (SS15) with a runway show at the unconventional Grand Teater. Filled with a diverse collection of models, both racially and in body size, Kunz’s show garnered critical acclaim and sparked a deeper interest in the designer’s clothes and message. Kunz tells me that after the show, a member of his team was approached by a viewer who claimed the model selection was racist because there weren’t enough white people.

I’ll take a moment and let you digest that one. This person was upset that there were NOT ENOUGH WHITE PEOPLE IN A FASHION SHOW. Do I even have to get into how ridiculous this is? This comment floored me.

As a person who finds it painful to watch a parade of only white-skinned models coming down the runway during most Copenhagen Fashion Week shows, Kunz’s show made me want to stand up and cheer.

This past season (AW15), however, Kunz decided not to show during CPHFW at all and show the collection independently in Los Angeles. What may seem like a confusing move to some is entirely fitting for the designer himself. “We want to be able to expand outside of structure of the fashion industry. We will do more shows, of course, but not necessarily on the industry timeline. We need to be the ones who are controlling that aspect of our growth.” Which of course makes sense to those of us who don’t work within the industry, but within it is fairly rare. Not showing on the runway – sure. But saying that you will show, just possibly not during fashion week, requires a very high level of planning as well as self-confidence. When I press Nicklas for further information he shakes his head. “You’ll have to stay tuned.” Ugh. Fine. I will. 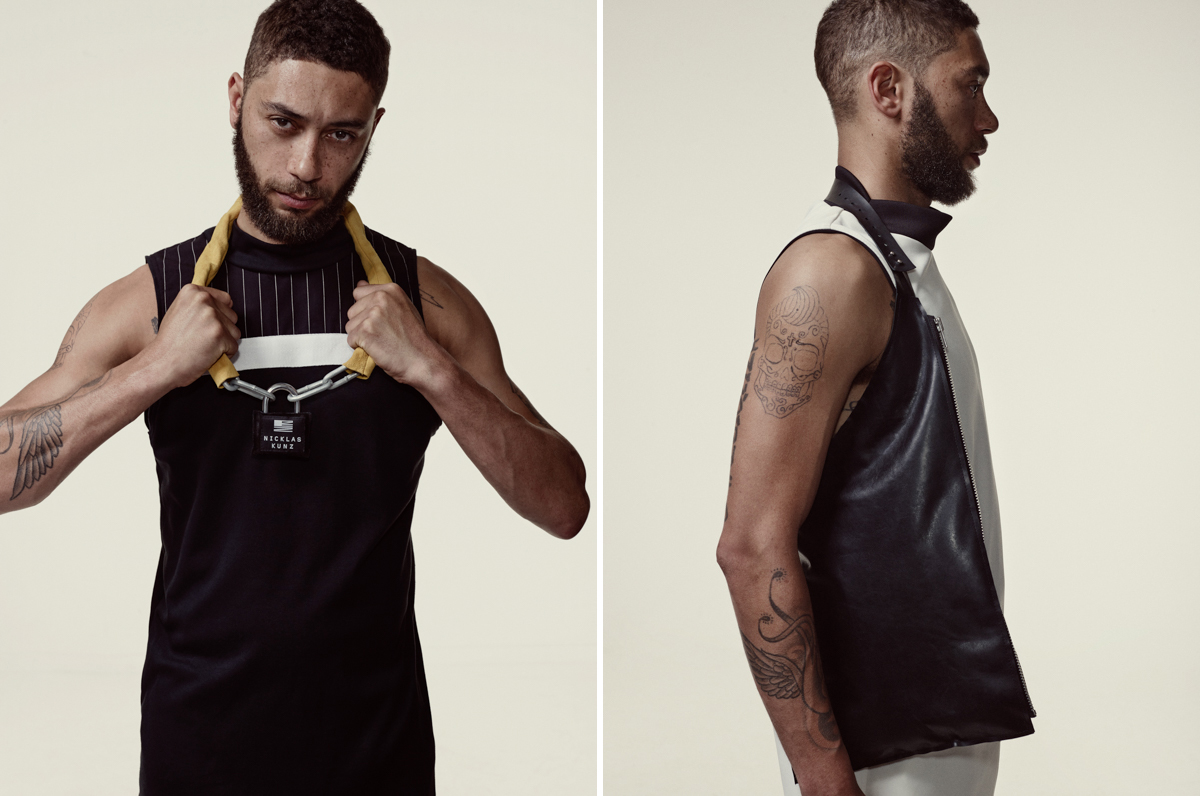 Speaking of what’s coming up, Nicklas hints, he’s already started working on a woman’s line. Maybe I’ve just had too much coffee, but I am so inappropriately excited about this. His focus in womenswear? Making sexy jackets (insert lustful sigh here). He’s also looking to move away from name-branding, which was a focus of his previous collections.

A few hours into our chat and I get a tap on the shoulder. “Vi er lukket…” the man with the broom in his hands says, looking a bit embarrassed. Closing the place down. We pick up our jackets, impressed with ourselves (I should note it is 6 pm).

The morning after our meeting and I open up my email to find a message from Nicklas: “If that place never shut down, we’d probably still be talking!” Ah, would that it were so, Nick. 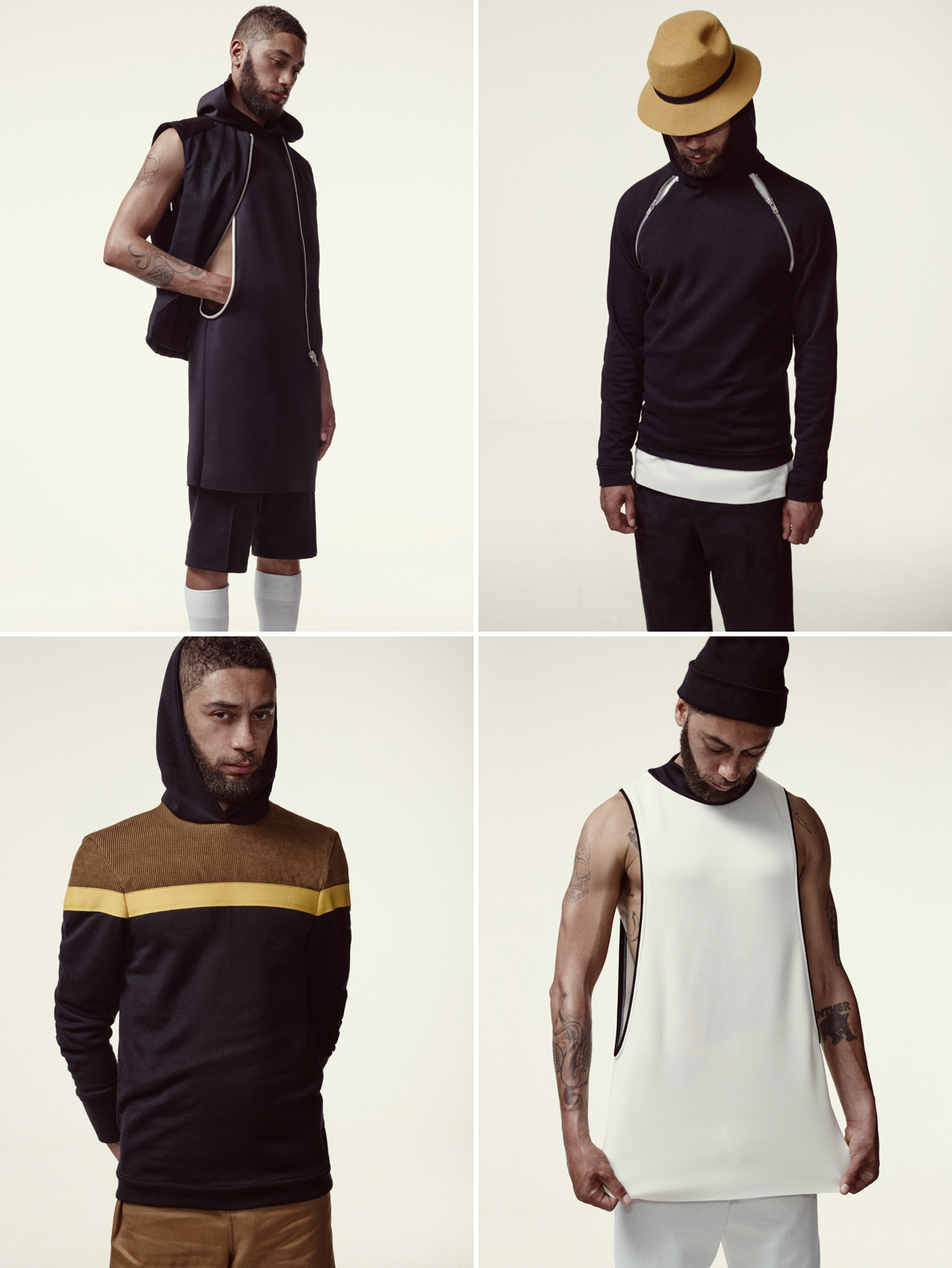