Katie McCrory is the co-founder of Copenhagen Salon Series, an inspirational talk program that gives English-speaking women a platform to tell their stories. The space is led by women and open to all. Katie, a communications specialist for IKEA group, is passionate about the idea of “disruptive women” and creating place for women to share their ideas. Isabella Smith, the Copenhagen Salon Series co-founder, is also the founder and owner of Books & Company, an independent, international bookshop in north Copenhagen that focuses on community.

The next series will be held at 6.30pm on Thursday 31st of August at Books & Company. The line up includes three women that speak for 15 minutes each on various topics. For this round, it’s Heather Thomas from The Mindful Kitchen, Deborah Bayer Marlow from Marlow Film, and Sarah Britton from My New Roots. We’ll learn about a new personal narrative for nature, a forthcoming myth-busting documentary on menstruation, and how sprouting can change your life. I’m certainly intrigued! Full disclosure: I was a speaker at the inaugural event and it was a wonderful experience.

Find out more about Copenhagen Salon Series, as we discuss the pros and cons of networking, feminist perspectives and starting up in Denmark with co-founder Katie McCrory:

How did the idea of a Salon come about?

Like all good things, over a bottle of wine with a best mate.

I moved to London to start my career, which I thought at the time would be in PR. My best friend had just moved to London as well, and we were both working in entry level jobs and beginning to wrestle with what we wanted to do.

We used to meet up every Friday to drink cheap, horrible chardonnay in this skanky pub in between our offices, and just bemoan the state of the world and where we found ourselves professionally. Kind of, “we’re better than this.” So what’s “next” going to look like for us?

What do you mean by “we’re better than this”?

As in, we knew we had untapped potential. Maybe it’s ego, but whatever it was I think that when you’re young and full of energy, you’re kind of like, “come on! I’m gonna do good stuff. When’s that going to start happening for me?”

We would look around our peers and colleagues, and we felt that there was an unhealthy pattern of very mediocre men being promoted into exciting roles or being headhunted for things, and when you scratch beneath the surface, it was always about the people they knew.

It was always about these networks, whether they were old boys clubs or the cricket that they played with these other guys. And we just kept not thinking: Why? Why are all these mediocre men being given the opportunities? Because, I don’t think I’m mediocre. I think I have some things to give.

And the response from our bosses and colleagues was: we need to network.

I would rather eat my own vomit than go to networking events. They’re genuinely awful because they’re not designed to get the best out of you. Everyone treats you like a social pariah if you turn up on you own. So you go with your mates and you don’t talk to anyone else, so what’s the point? You always come away feeling dreadful. 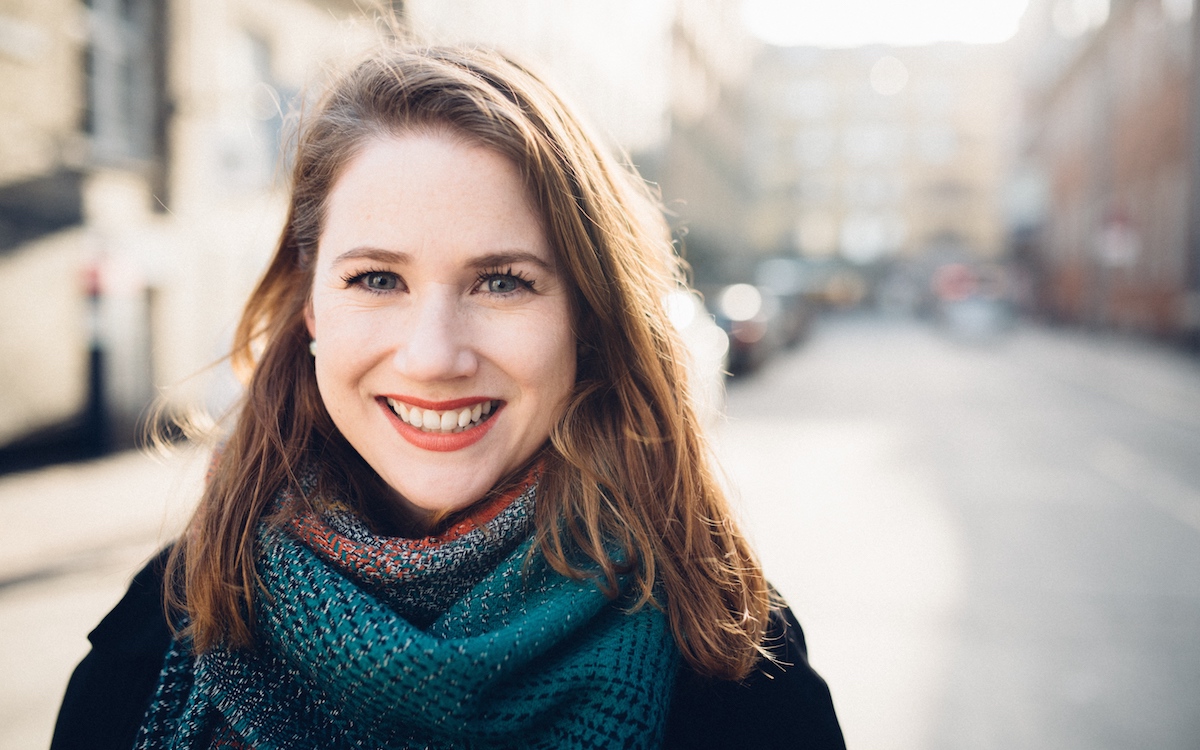 How did you feel about networking from a female perspective?

Networking tends to fall into two camps when you’re a woman. You can go to ones that are relevant to your sector, so I’d got to PR or media relations events. If you go to those, it’s a mixed group, but it’s nearly always white men on the panel. All white men, telling me about an industry in which I can see no similarity between me and them. That was always the format.

Or, as a woman, the other kind of events you go to were “women’s events!” It was always Women in *Blank*. And so then you’re not mixing with men in your industry, which is a completely disabling thing to do, because if these people are going to be my colleagues, I need to be able to mix with everyone. If I want to learn about PR, I don’t want to go to a women and PR event, I want to go to a PR event.

And for some of these feminist groups, they were very embattled. It was very much about “we need to come down and strip down the patriarchal structures around particular sectors.” It wasn’t an environment that I needed at that particular point. I was in my early 20s and was very comfortable with my idea of feminism, and I just wanted to get on with my professional career. I wanted to know what “next” looked like for me.

It was a constant fucking debate about what the term means. And I was like, I’m done with that. I know what it means for me; can we go on and fix some shit because there’s a lot that’s broken.

I wanted to build a professional network. I also wanted to be active in the women’s movement. I didn’t know if there was a place for me and my friend Jenny. We were sitting there thinking: there’s a load of men getting promoted into these great jobs up here, there’s a load of women down the road having an argument about childcare. We couldn’t find the space in between these little silos, and so we’re slipping between the cracks.

And so that’s why we started our salon in London. It was about leveraging the fact that we have a bunch of interesting women in our lives and bringing them together. Let’s help them create meaningful connections over interesting conversations, and in the process of that, maybe learn about others industries, trade business cards if we want to. But ultimately, the goal was to find the space where we would have more expansive, open and constructive conversation, that has some professional sides to it. 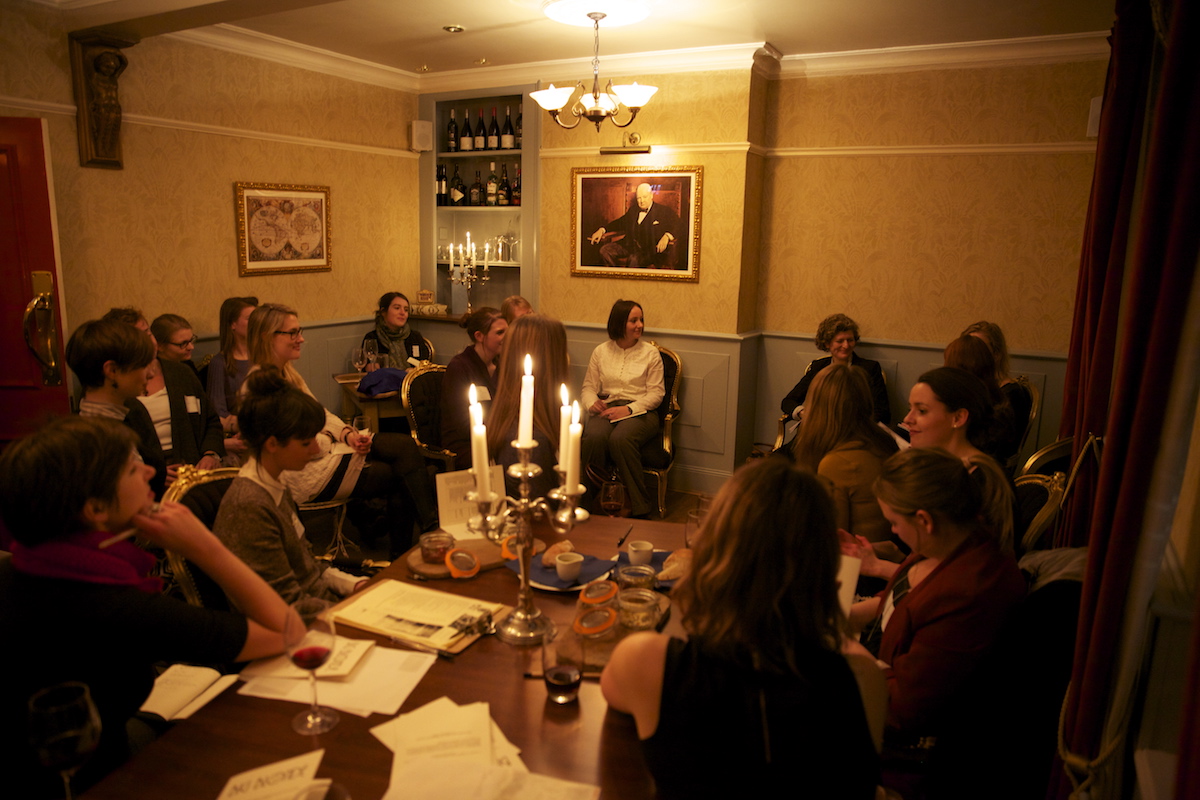 Does the Copenhagen Salon Series focus on women’s issues?

I suppose that’s the thing, it doesn’t just have to be about female issues. You’ll find that there’s a segregation between issues, but female issues are often men’s issues as well, and visa-versa.

But it’s also just about women being in a safe space, talking about things they care about. They may be about women’s issues, but they might also be about things that relate to all people. So that was why we started it. It was about opening up the floor for women to share stories. So that was a slightly different approach to bringing women together in a constructive way.

When you moved to Copenhagen in 2016, you decided to continue the Salon here

When I moved here, I was struck with a different but parallel problem. I couldn’t find groups or events to go to that catered to my professional needs. I was a freelancer at the time and I was keen to make professional contacts in the industry that I wanted to work in.

I couldn’t find them in English, because I still speak very limited Danish. It’s hard starting up anywhere. My husband and I didn’t know anyone. We move here without any reason to do so, other than we wanted to. No work, no family, no friends, nothing.

So I was just desperate to go around to events that I thought would be relevant to me. I couldn’t really find anything. 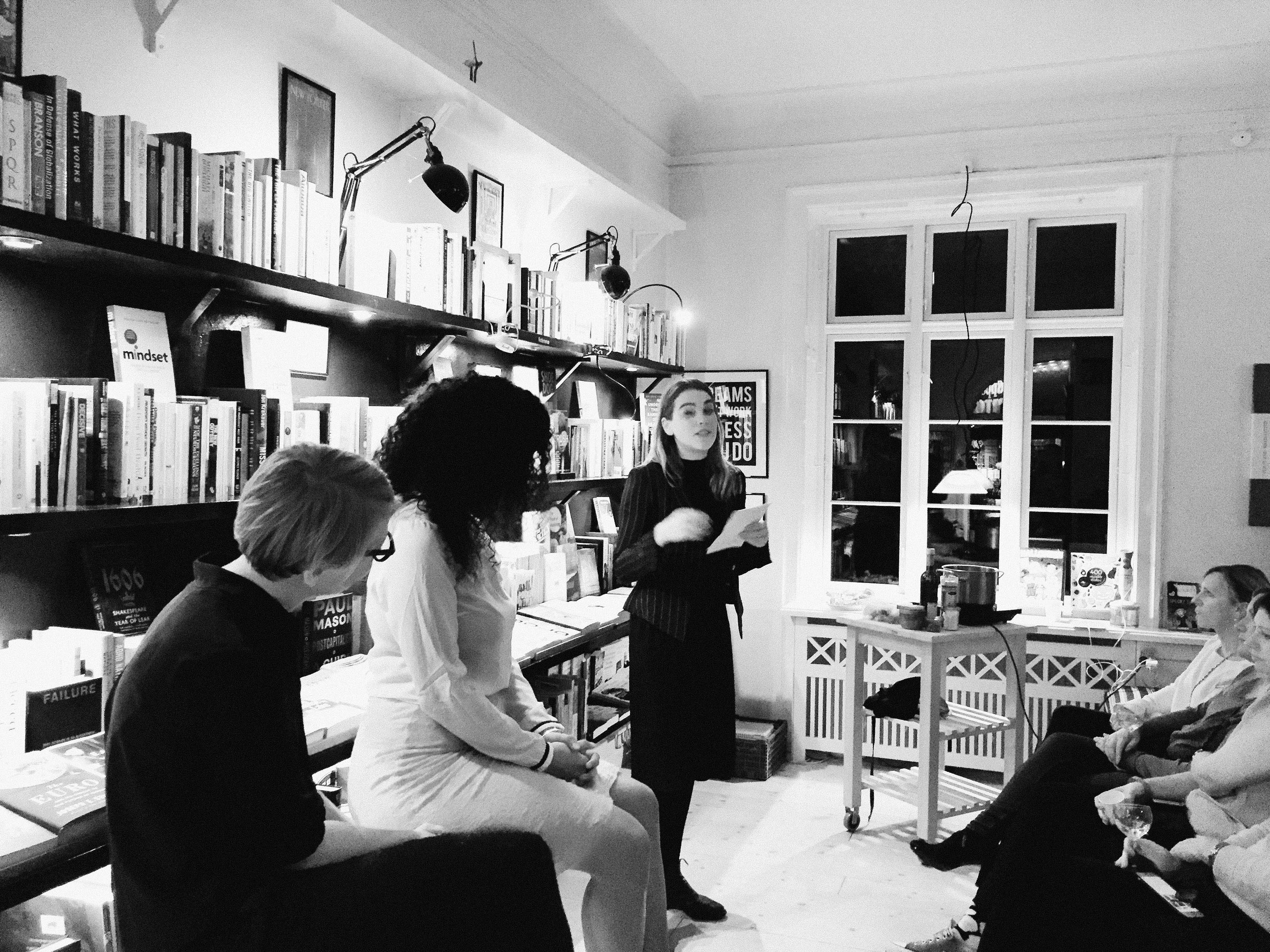 I don’t think women are always comfortable self-defining as experts. But I think the idea of sharing your experience and sharing your work leads to a more expansive conversation about the things they do.

We’re just not asking the right questions and the right people at the right time. It’s about having conversations, right?

Especially when you’ve been working in this industry for so many years, you would be an expert yourself

But I’m not! I’m not the expert. I think the role that I can play is providing the platform to speak. I think there comes a point in your life where you ask, what’s the contribution I make? What’s the difference I can make? And one of the thing that I’ve consistently done, and realised that I’m relatively good at, is creating spaces for other people to be able to talk and tell their stories.

Whether that’s written, or in conversation in the real world, and then inviting people to participate. I don’t think I’ll ever be an expert on something, although maybe I could talk about what it’s like to open up the platform for other people.

**
This interview has been edited and condensed for clarity.