On July 18th at Alice, Copenhagen’s venue for “adventurous music,” an audience sat silently, their focus fixated on the members of the Dawda Jobarteh Trio. The light, sparkling melodic flourishes of the kora, a 21-stringed traditional west African harp, spun effortlessly across the open-air concert space, casting a sort of musical spell over concert-goers. Only after the final note was sounded was the kora player, Dawda Jobarteh, released from his trance. Smiling and looking out into the audience, Dawda shyly uttered: “Mange tak, mange tak.”

The trio had just finished playing “Presenting the King,” a meditative, contemplative piece that transported listeners somewhere far beyond the Norrebrø neighborhood, back to the time of the Mandé empire when it ruled over areas of West Africa in the 13th and 17th centuries.

Dawda’s instrument, the kora, is indigenous to his people, the Mandinka, an ethnic group inhabiting areas of Senegal, Mali, Burkina Faso, Guinea Bissau, Cote d’Ivoire, and Dawda’s homeland, The Gambia. Dawda goes on to tell the story of the griot, or state-sanctioned guardians, tasked with the unique responsibility of preserving the history, music, mythologies, and knowledge of the Mandé people. Dawda himself belongs to this long lineage of music royalty. His father was Amadou Bansang Jobarteh and his grandfather Alhaji Bai Konte, both internationally celebrated griots.

Ironically it wasn’t until Dawda moved from The Gambia to Denmark in 1999 that he taught himself the kora. With one foot in Western musical traditions and the other firmly planted in griot history, Dawda has developed a decidedly eclectic style, which is precisely what separates him from his contemporaries.

During the performance, Dawda seamlessly transitioned between genres, getting lost in exciting musical dialogues with Preben Carlsen on base and Sal Dibba on percussion. Each piece was a nod to various musical influences: rock, jazz, Mandé music, folk.

We caught up with Copenhagen’s resident griot over a plate of Jollof rice and talked about his practice, music-making in the diaspora, loop pedals, and his upcoming projects:

Could you explain in your own words what the griot tradition is?

We have different languages in The Gambia but the main one is called Mandinka. Only, it’s not a written language, so you don’t find stories or history in books. Instead, those stories will be memorized by a griot, so they have to remember this tradition and then they pass it to their kids.

It’s a bit like a living library, and this is why they would say when the griot dies, it’s like a library is burned down. So, you make your living by playing music and playing concerts. [This tradition is passed down through the men in griot families].

I assume your family has been griots for a long time… 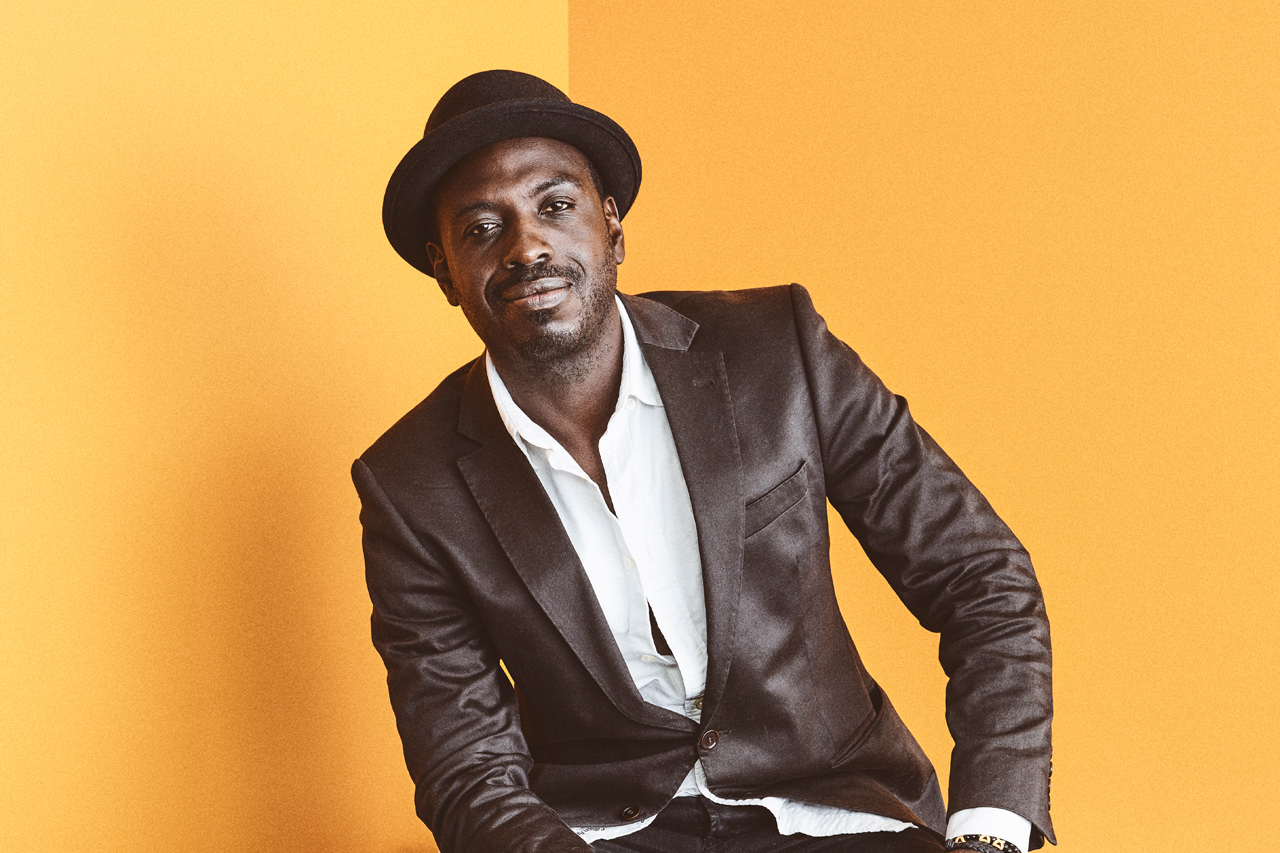 At your recent performance at Alice, I was taken by your use of the loop pedal and the various distortion sounds you were able to achieve! What made you decide to use these effects?

I have a lot of imagination and I want to be able to express myself, not only with quiet and beautiful [playing]. I love rock music [which often uses loop pedals] so that inspired me. There’s only one guy I know who also plays kora with effect.

Some people are against it and they will say you are spoiling the kora, but I’ll do anything I want!

It also makes me stand out. I can present what the tradition is really like but then also show people what I’m interested in. I always play one or two traditional songs fist, as not many people know about the kora, so they can understand it, then they can see what else you can do with the it.

What has been the response from Danes to your music?

It’s funny because my main audience is not Gambian at all! In Denmark and Europe [the audience] can connect to me somehow. The way I compose is still rooted in Africa, but I do it in a way where they can follow, even if they don’t understand what I’m saying all the time.

I’ve been noticed by the Danish music scene and elsewhere in the UK in particular – it’s still strange for them, but they appreciate and really like the music.

Sometimes Danes are surprised because they tend to think of African music as drumming and dancing: very happy go lucky. But when they come and see my concert, they’re like, “Wow, this is something else!”

You can still dance, but it’s more varied with rock and jazz influences.

In your 2018 album I Met Her by the River you draw from Danish folk music, some mainstream pop, jazz, and traditional Mandé music. What was your artistic vision for that album, and what’s next for you?

All my albums are different because for me I see it as making art. I want to explore and try out different things, you know?

My last album, as you said, is a mix of different genres, like jazz and pop, a little bit rock, I even play some of Adele’s “Hello.” It’s a risky business because you put all these elements together that have nothing to do with each other.

I tried to fit them into the same package, even though they are all so different.

For this [next album], I have a clearer direction. This time I want to have the string quartet to be part of the band. Sometimes when you think about string music, you think of classical music, “nice and intellectual,” but I want to take it somewhere else. I want to bring that beautiful concept and everything. But I also want to make some rock, and all those crazy sounds. 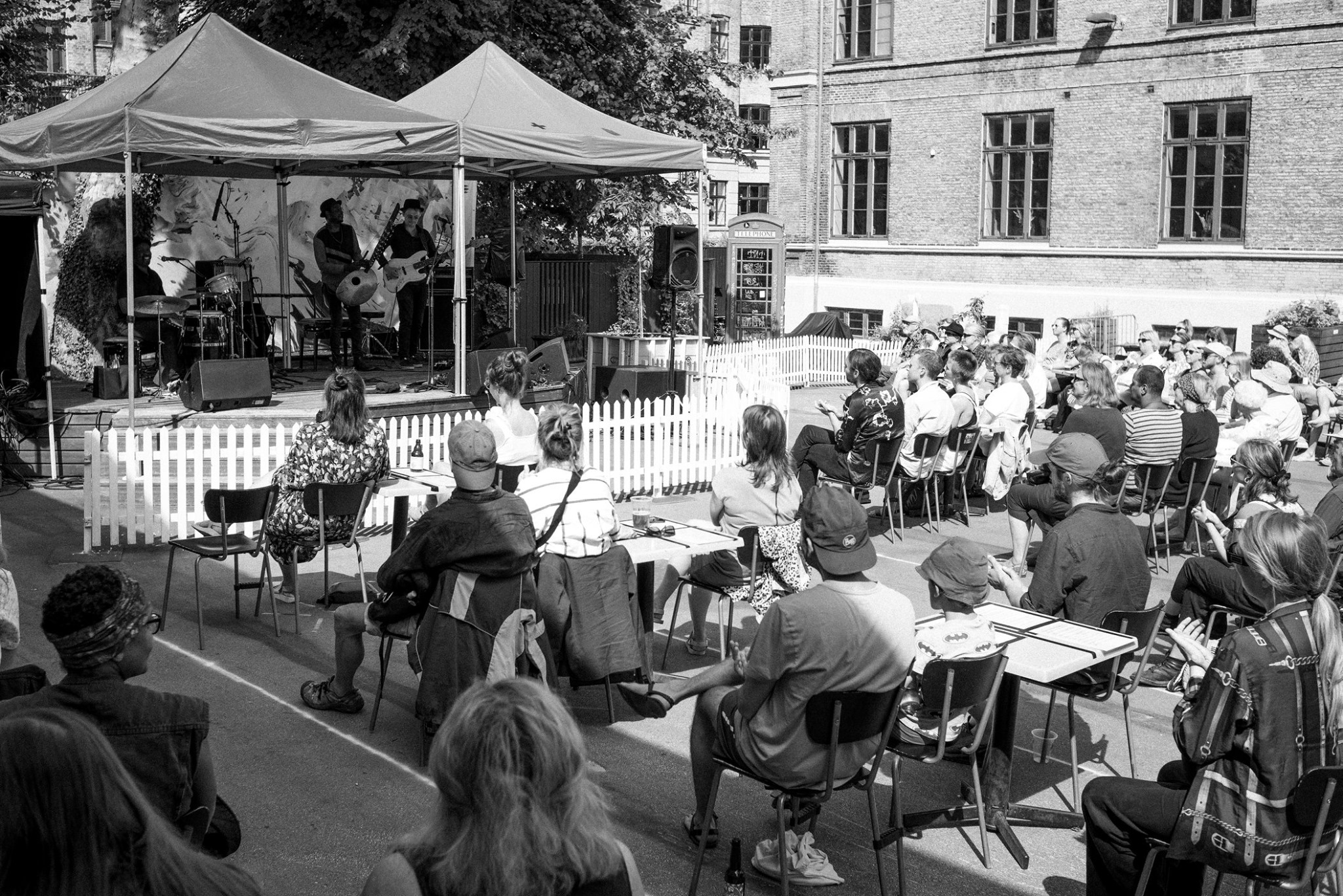 The Dawda Jobarteh Trio will play a few live shows in Copenhagen in 2020, starting with a show at Urban 13 in Frederiksberg on Sunday 6th September. Find out more about Dawda Jobarteh, including tour dates, or follow him on Instagram.