In our new series “Live from Copenhagen,” we’re spotlighting a different Scandinavian act that has a forthcoming show each week. Agent Side Grinder, headlining Spillestedet Stendgade on November 16th, is our first selection.

Hailing from Bromma, Stockholm, the band’s back catalogue bisects several genres, from industrial to gothic to post-punk. Their current sound most closely aligns with dark electronic, imbuing throbbing baselines and strident synth-heavy melodies. Interweaved among these dance-worthy beats, a melancholic edginess persists, invoked in lyrics that reference the dark side of urban life and existential threats to human existence.

We spoke with Johan Lange, Agent Side Grinder’s founder and main songwriter, about changes to the group’s lineup, recent performances, and plans for the release of a new full-length.

When you formed in 2005, did the band spring from a specific music scene connected to Bromma, Stockholm?

There’s no particular Bromma scene that I know of, but it’s still an important place for us. We’ve always had our studio there, and the surrounding industrial areas and airport have definitely impacted ASG’s music. In Stockholm, there is a small but devoted scene, which we feel a part of. It wasn’t there when we started over ten years ago, but it continues to grow thanks to new artists, fans, and promoters.

On your 2018 single, “Doppelgänger,” you reference the idea of becoming a different person: “a stranger to myself.” You also sampled Nixon era cold war speeches. How does this mark a conceptual shift from your 2015 album, Alkimia?

Since Alkimia, the band has gone through a major change. Three members left in late 2016, including the singer. We’ve been through an extremely tough period since then, but also worked harder than ever to reinvent the band.

“Doppelgänger” is a metaphor for the new incarnation of the band. In the song, we tried to capture this transformation – how to become someone else but still remain the same. The cold war theme corresponded well with the state of the band during this difficult period. It also works as a fitting backdrop to the colder political climate that we’re now experiencing worldwide.

On Friday, you’re playing Spillestedet Stengade in Nørrebro. Do you find audiences respond best to your music in certain settings or specific countries?

The shows with the new line-up have exceeded our expectations. We were quite anxious about how people would react, but the response has been extremely positive, especially for the new material. And after each concert, we’re improving as a live band. The two most recent ones, in Warsaw and Munich, were amazing, with packed venues and enthusiastic crowds. We hope Copenhagen will be as good; we always enjoy playing there. 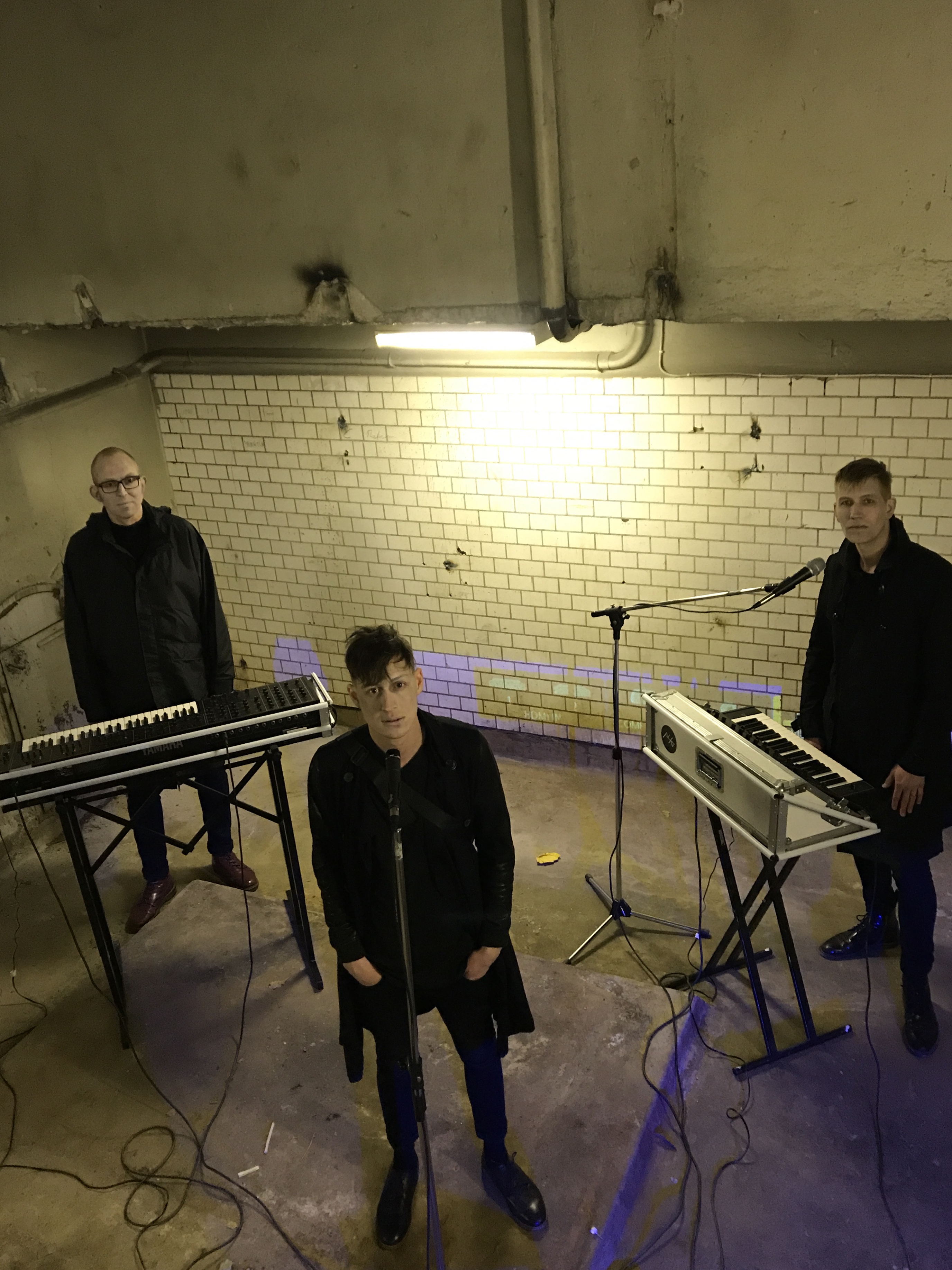 Yes, absolutely! We are influenced by early pioneers such as Throbbing Gristle, Cabaret Voltaire, and Thomas Leer. But of course, the big names such as Bowie, Joy Division, Sisters, DM, Cocteau Twins, The Cure, and Gary Numan are all are part of Agent Side Grinders DNA.

Musically, how do you feel your approach to creating tracks and conceptual albums is developing?

We’re continuing to make music we’d like to hear ourselves; that’s been the approach since we started. This autumn, we’ve recorded a new full-length album, our fifth. The album will be released early next year on Progress Productions.

The recording process was totally different compared to previous albums. We put more effort into the arrangements and details than usual. We also used an external producer, Jon Bordon, who helped to improve and refine the typical ASG sound. The result may sound different, but the heart and soul of ASG is intact.

See Agent Side Grinder in Copenhagen