Previous to touring the Louis Poulsen factory, the extent of my knowledge about the Danish lighting company was that I loved the PH lamp in its many variations.

In fact, it’s likely that a dyed-in-the-wool Dane may not even know the name Louis Poulsen (though they’ll almost certainly know the name Poul Henningsen, the designer that “PH” stands for). They’re not a splashy brand with tons of storefronts. Instead, they do all their selling through shop-in-shop concepts in lighting stores, where the shopkeepers are specially trained in the particulars of Louis Poulsen lights. They also sell business-to-business directly, which is from where the bulk of their revenue comes.

Their headquarters and factory, based in Vejen, Jutland, Denmark, are a strange mix of incredibly chic and industrial. While there, the presentation we get is extremely technical – there’s a lot about light temperature, glare, and “comfort zones.”

The first successful Louis Poulsen designs were, in large part, created by architects. This seems natural, both because so many of the mid-century modern Danish designers were architects (was architectural school a prerequisite for building a chair? Seems like it), and because the lights themselves are so architectural in form. 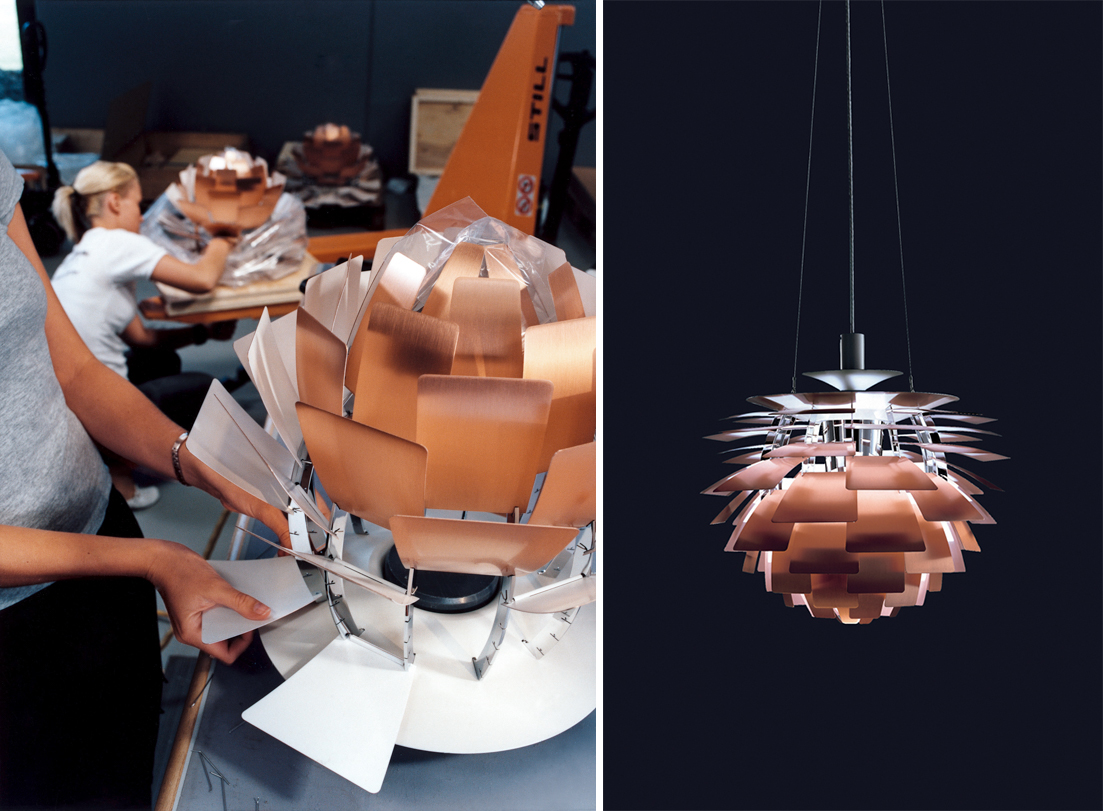 These are not ornate chandeliers; there’s always a function to the form. When you see the many leaves of a PH Artichoke lamp, for example, those are in place to prevent glare while providing a certain amount of light. Of course the aesthetic is important and that’s where Louis Poulsen really shines (ha ha) – in creating highly functional lights that are still beautiful, and even occasionally ethereal (see Shoichi Uchiyama’s Enigma series).

After a full tour of the showroom, we were able to peek into the factory as well. It’s a sprawling space that would have been impossible to see in our allotted hour of time but, as with other Danish design factories, it’s very impressive. 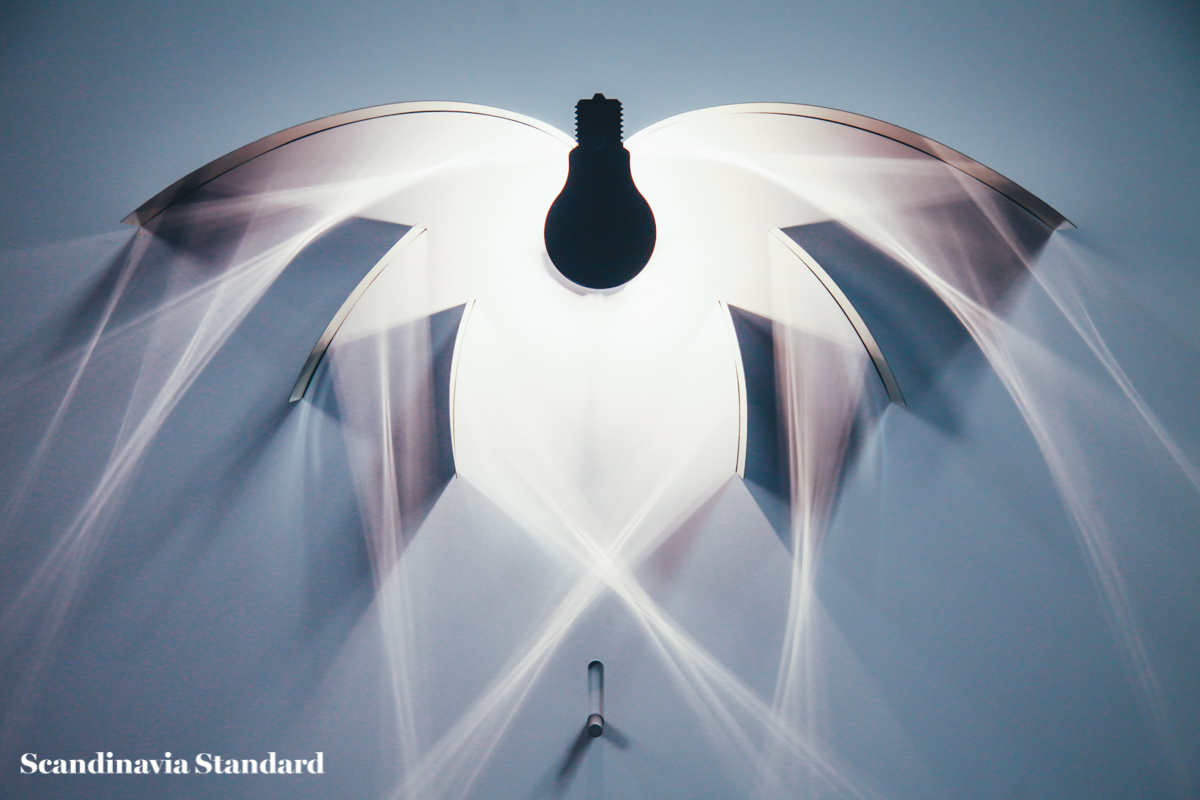 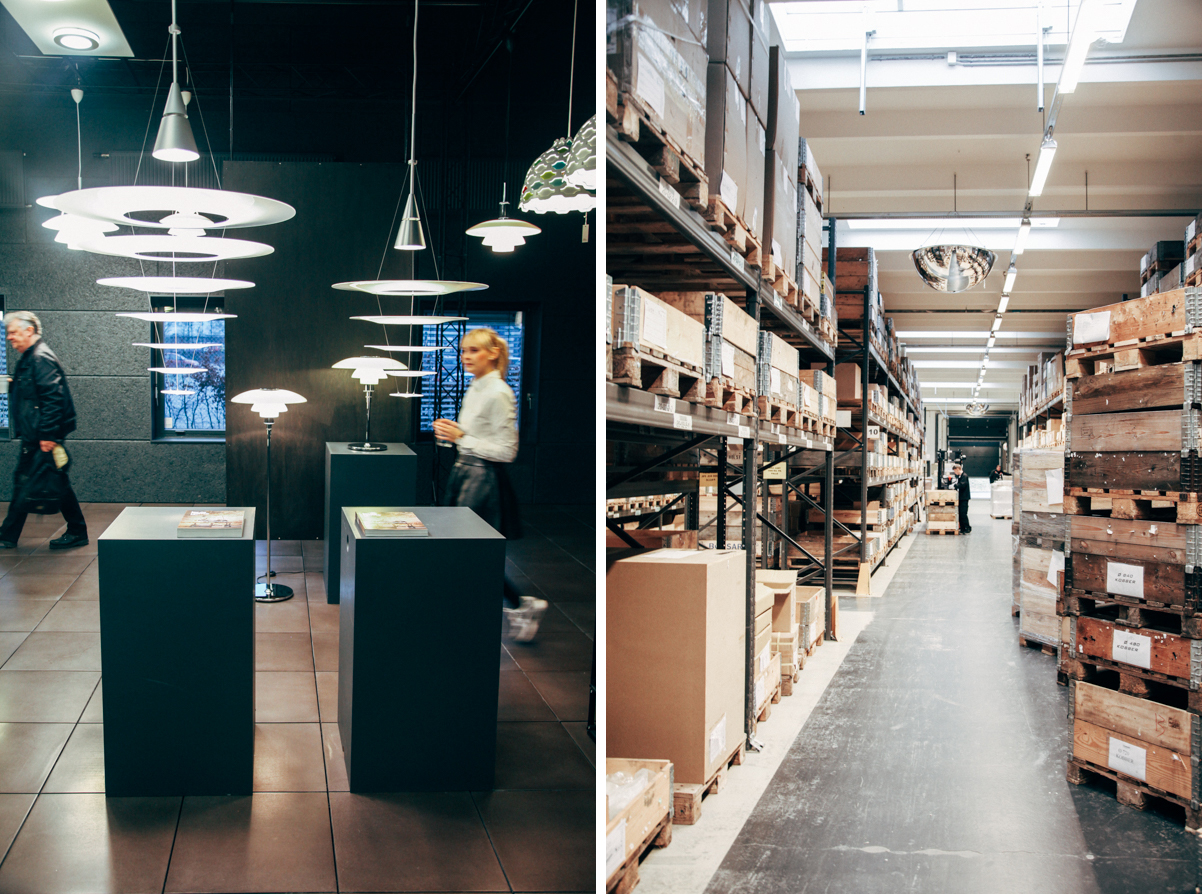 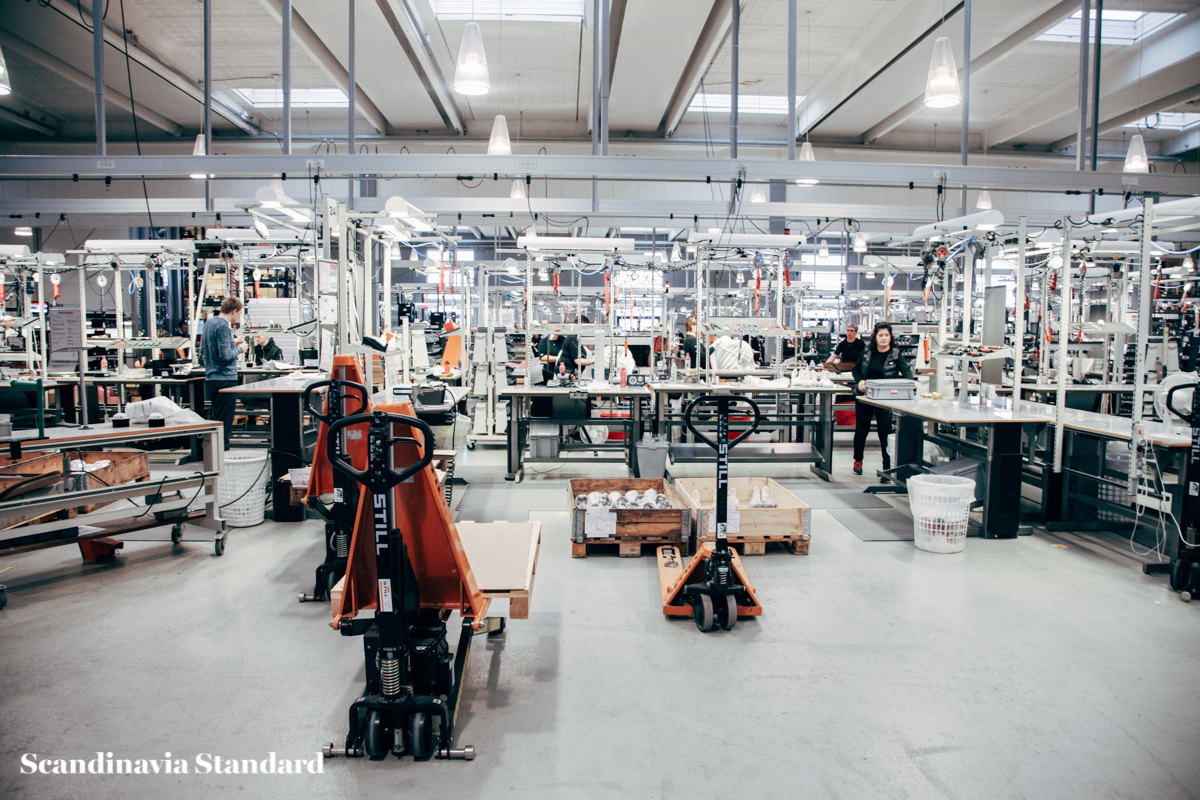 To see pieces that we’re used to only seeing finished in the process of being made – and made by hand at that – really brings home the skilled handiwork that goes into each piece. 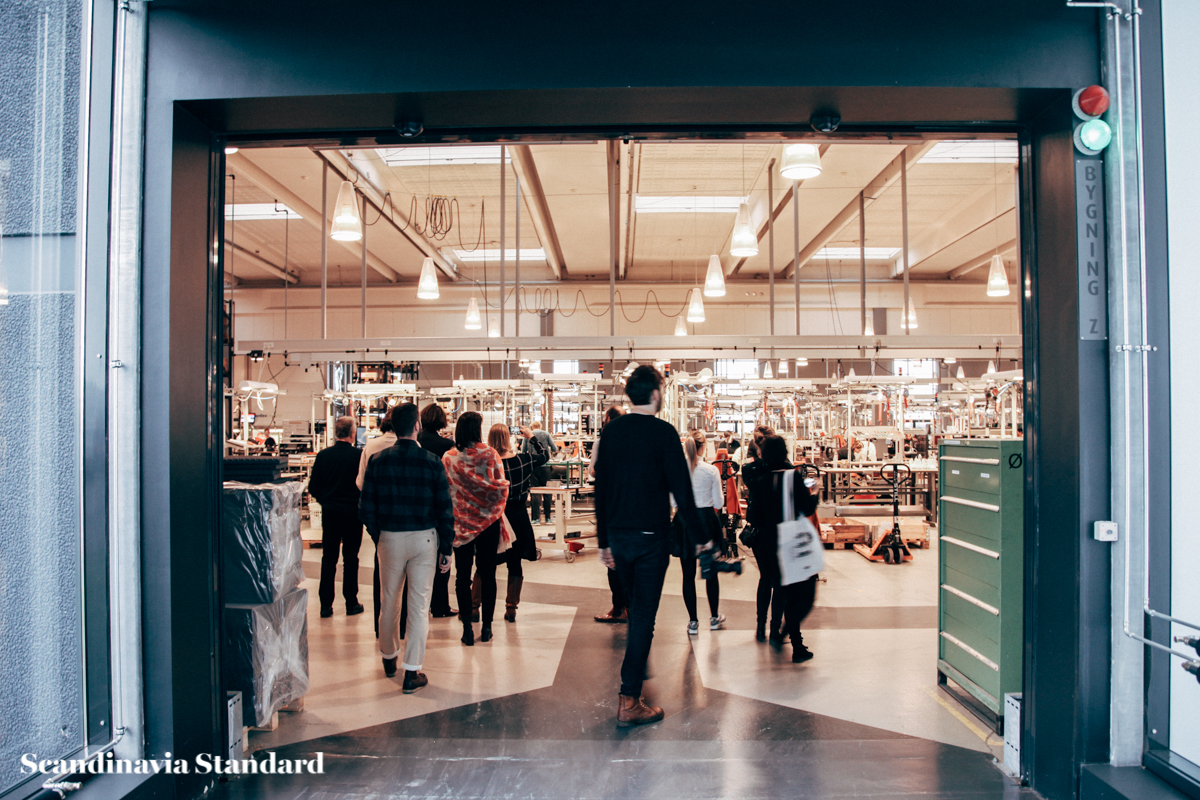 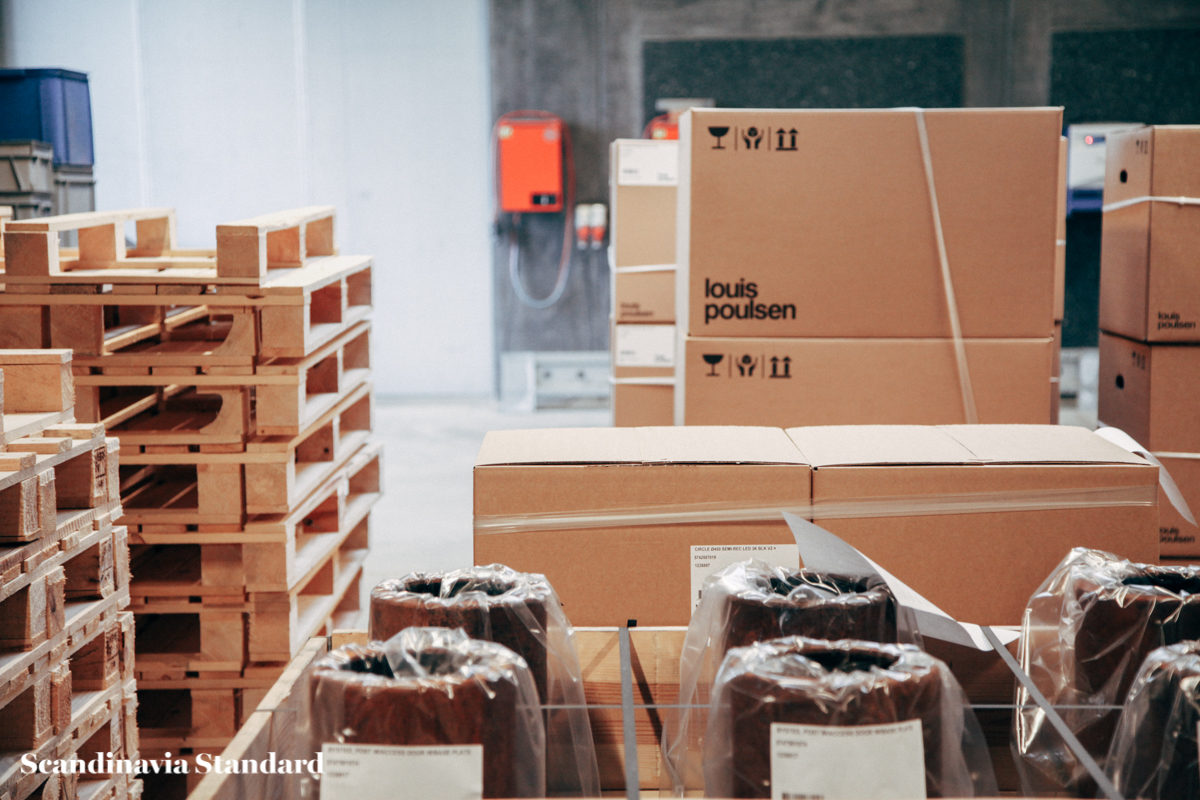