There’ve been a lot of firsts for me in the past 10 months. I moved out of Vancouver, learnt how to drive standard — while fording rivers in Iceland mind you — and attended my first music festival. There are plenty of great festivals in and around Vancouver such as Pemberton and Sasquatch. Coachella just a short plane ride away. But their allure never quite piqued my interest. I see plenty of stand-alone shows and I enjoy being out in the sun with friends but somehow, the idea of a festival never quite did it for me.

As warmer days approached and the sun set a little later every evening, all people seemed to talk about in Copenhagen was the coming Roskilde Festival. An institution for music-loving Danes, Roskilde has grown to be something of a summer milestone, one that, for the first time, tempted me.

Arriving early evening on Wednesday, I could only attribute the anticipation of walking towards the distant rumbling of music to the feeling I had as a child going to Disneyland. Of course, in this case, instead of rides there were stages and instead of $4 churros there were beers. Entering the festival grounds was not so much overwhelming as it was simply elating. People moved about in a euphoric state with a drink in one hand and, well, a drink in the other. 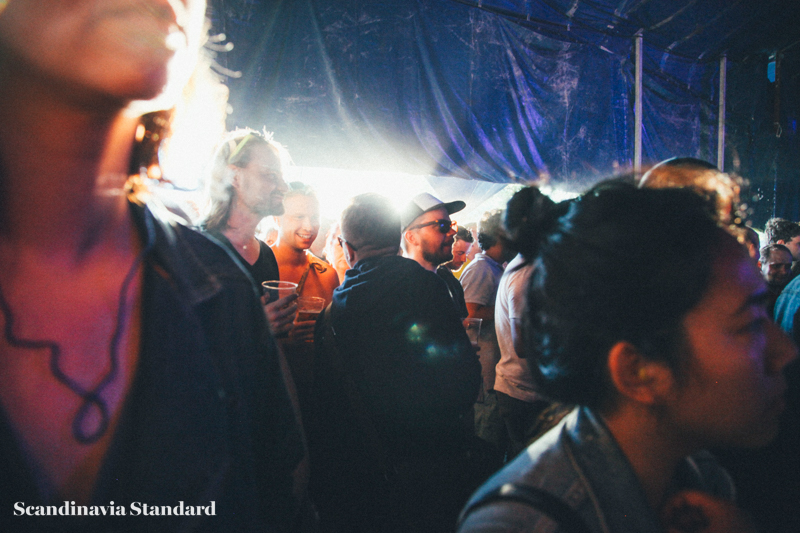 The next four days went onto be a blur: Friday, Thursday, Wednesday, and Saturday, it was all the same. That’s not to say that the shows and events weren’t distinguishable or memorable but rather as names like Noel Gallagher, St. Vincent, Nils Frahm, Die Antwoord, Jamie xx, and King Kunta Kendrick Lamar graced the various stages, my consciousness would fluidly ebb between a sun-drenched coma and all-out dance party.

I should mention too, that I wasn’t camping. The “real Roskilde” right-of-passage, camping for the five days prior to the shows for many is the event. Sweltering tent sleeps, communal showers, limited toilets and piss everywhere—camping outside of the beautiful Pacific Northwest is really not my thing. Shuttling back and forth from an actual bed and shower at a friend’s in-law’s place to the festival made my first-time experience much more manageable. Not to be missed though, partying late into the early morning at “L” is an opportunity everyone should take. The act of dancing to MellemFingaMuzik and LykkeLi around a make-shift DJ stage with Tuborg in hand was both hilarious and wholly amazing. 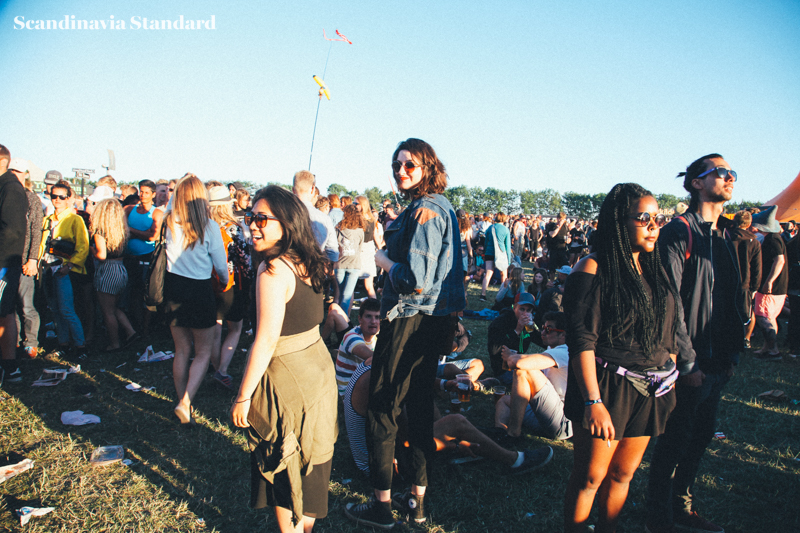 Back in the main festival grounds, the food and libations spread as far as the sound system did. I was surprised to find so many great food stalls: Aamanns, Fisk, Kiin Kiin Street Food, Barburrito, and Gorm’s were just a few of the options. I expected stale hotdogs and burgers and what I got was gourmet pizzas and a brunch buffet. Needless to say, my appetite was pleasantly surprised and sated.

A true cultural marathon, one that I evidently was not quite prepared for, I came back to Copenhagen with a full-blown cold despite my efforts to double-down on vitamins and naps. But as I look back on the past week — even in my flu-like desolation — it’s difficult to fault the festival.

Ceaselessly being enveloped by music all day, sauntering about in the sun, and that all-too-hysterical and astounding feeling of actually finding that friend you’ve been trying to meet up with in the masses; I’m already looking forward to next year.