Looking around Boyy Boutique in Copenhagen, you’d swear that the bags – the whole collection, really – was created specifically to fit into that space. It’s kismet, a perfect fit. The brand, however, has a much more interesting story than that; one that goes from New York City to Bangkok on the shoulders of two very persistent entrepreneurs.

To understand Boyy, is really to understand the couple behind it. Wannasiri Kongman and Jesse Dorsey met in 2004 in New York City; Jesse had been working as a musician in the city since the age of 22 and Wannasiri was studying at FIT and working as a waitress, having moved from Bangkok in 2003.

“When we met, it was the year of the ‘It Bag,’ specifically the Chloe Padlock and the the Balenciaga Moto,” Wannasiri explains. Jesse follows with “Wannasiri had, and has, a handbag obsession.” Yes, I think denoting years by their most popular handbag is a fairly large sign. I already love this interview.

Wannasiri continues, “I loved all these bags but they were so expensive. So I had a little bag made for myself in the Birkin-style and I airbrushed it with this crazy pattern. In a restaurant one day, a magazine fashion editor saw it wanted to know if I could make more. I told her that it wasn’t really my design; it was based on the Birkin. But she just said ‘everyone is inspired by everyone.’ That was it. I knew I wanted to make more.”

Jesse goes on, “at the time, Wannasiri was still working on her English and she was shy about speaking. So we wrote this script for her where she would offer to make the bag for others.” They recite the script together, both laughing at the memory. “We didn’t have any money between the two of us, but if you have a product you can create demand. That’s what we were trying to do. We went to a pattern maker, bought some leather and starting making prototypes. The first was good, not great. The second was similar. With the third prototype we knew we were on the right track.” Jesse recounts. 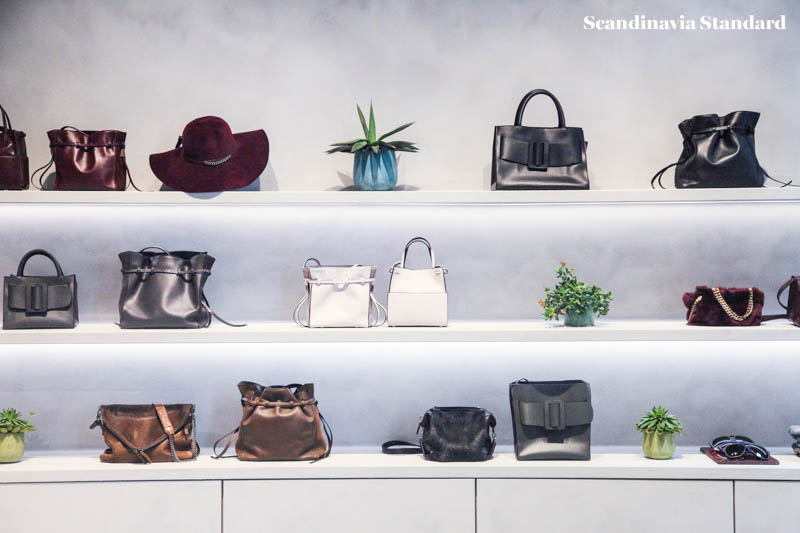 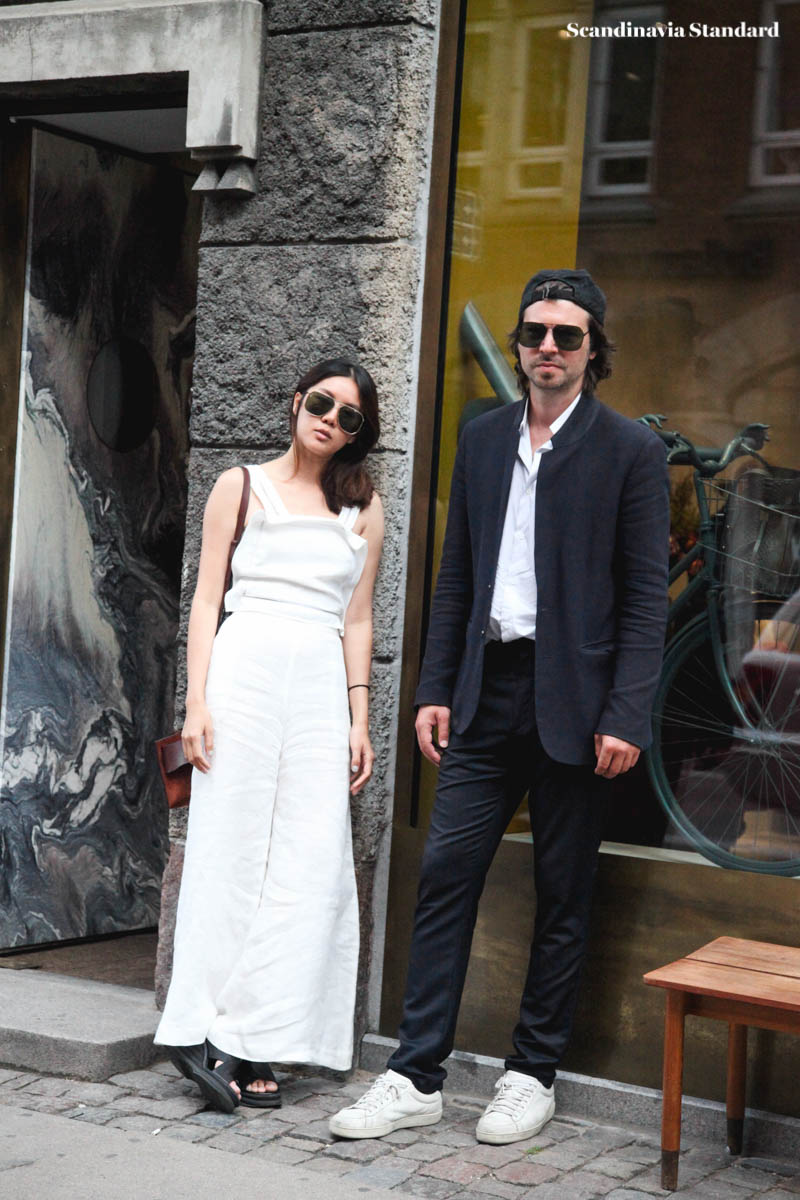 Soon after, Wannasiri briefly went back to Thailand, where she had the opportunity to design a bag for a runway show. Using their third prototype, she created a piece; people went wild for it. She quickly brought the bag back to New York City, where she and Jesse made a few more tweaks. They then produced two sizes and three colorsways of the same item.

Jesse’s music connections put him in the fashion industry network as well. After making a few calls, they had the chance to present their bag to the editor at Visionaire Magazine. She was impressed and suddenly they were getting phone calls from Colette in Paris (their first international stockist), Barney’s and the New York Times.

Lest I should confuse phone calls with success, Jesse assures me that is not the case. “At that point, we started going store to store to show people our pieces. It was very old school.”

It was when they got a call from DailyCandy, the now-defunct but then-extremely well-read NYC newsletter, that they felt like things were moving forward. “They called and said, ‘we saw the bag and we’d like to do a feature on you’ so of course we said yes.” Wannasiri remembers. Jesse adds, “they asked if we had a website to link to, so of course we said yes. That was a white lie; we did not have a website at all. So we asked for two weeks reprieve before they ran the story and they said okay. No one has ever built a website so quickly.”

The story on DailyCandy was big, and they watched from their computer as their online store quickly sold out. The article opened them up to a whole new world of buyers, both domestic and international.

“We had all these wholesale buyers coming to see our stock. I had it in my apartment in NoLita; we’re welcoming in Japanese businessmen to the kitchen and they’re, like, snapping pictures of my exposed piping, tin-paneled ceiling and old decrepit wood plank flooring. It was hilarious.”

The kitchen showroom didn’t last long: they signed with Steven Alan to be displayed in their Manhattan showroom. 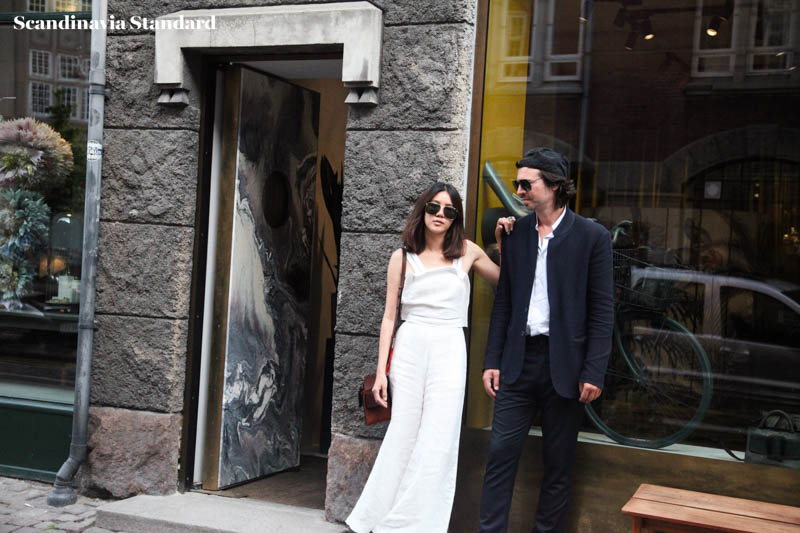 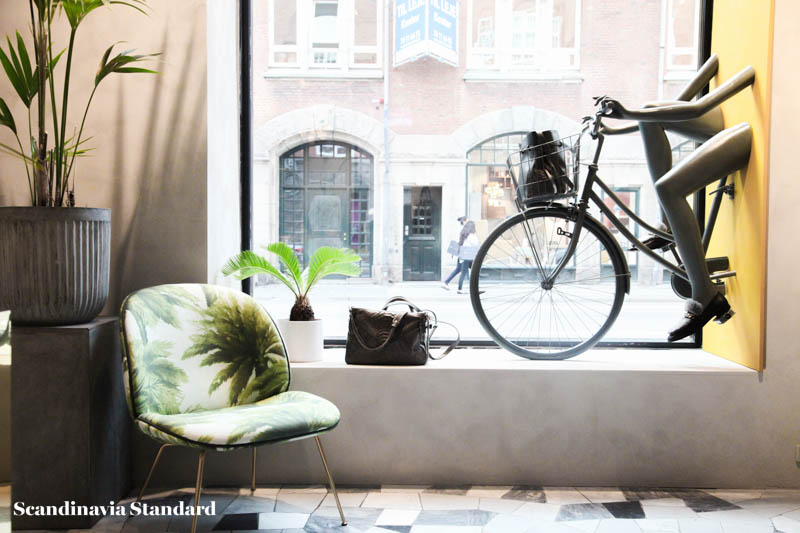 By that time they’d designed the Frank Bag, which was their first real success. In 2009, they debuted the Slash. In addition to a few celebrities (Lou Dillion! Freja Beja!) being spotted with the bag and a New York Times Sunday Style section article in 2010, it was a perfect storm.

They realised that they were no longer interested in only wholesale; they wanted to retail their own products in their own space. “Having that momentum allowed us to do that,” Wannasiri says. But rather than open a space in New York, as you might expect, Boyy opened a shop-in-shop concept in a boutique in Bangkok, Thailand. “It was expensive, but really worthwhile,” Jesse explains. “The Thai press had followed Wannasiri since that fashion show and were really supportive of her. It just seemed like the right place.”

Having their owns space gave them the freedom they needed to grow, and a release from the categorisation that plagues the wholesale industry. “We were always having to decide where we ‘fit.’ Were we luxury, contemporary, what? We didn’t want to be defined by price points.” Jesse says. Boyy officially left Steven Alan and put their energies into selling in Bangkok.

They traveled to Italy yearly to source their leather and hardware (their bags are produced at their factory in Bangkok). Along the way, they found inspiration in Italian interiors. Wannasiri tells me, “We had this idea to do a flagship store with a cafe on the bottom and a boutique on top.” That became a reality in 2012, with a third Bangkok store opening in 2014. “We love designing stores, so that really pushed our interest in retail.” Jesse says. 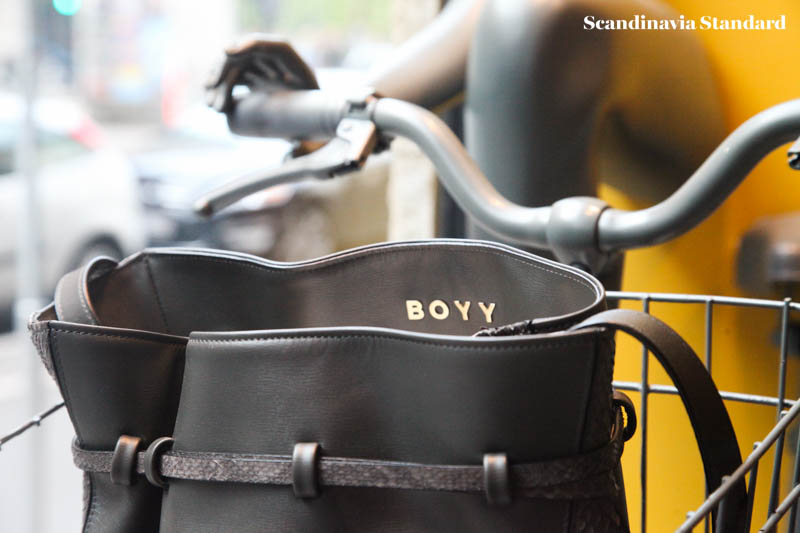 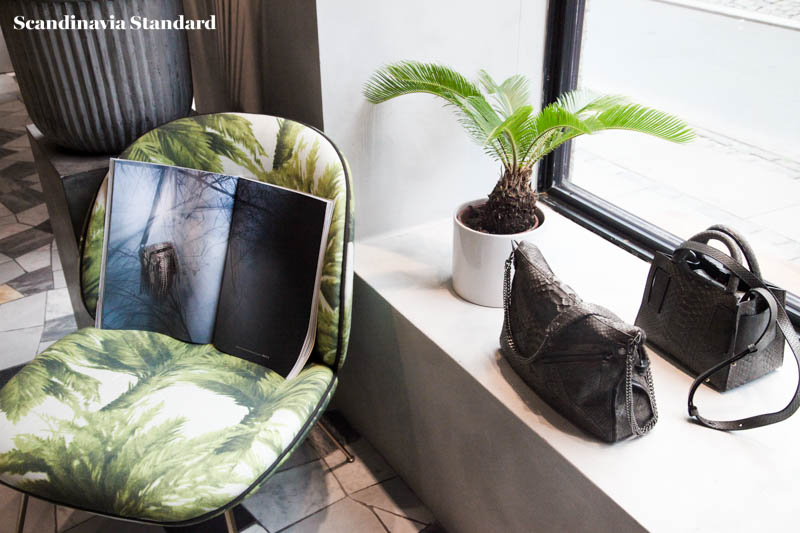 On a visit to Copenhagen in October 2014, they came across the now-Boyy location in the centre of the city. “We saw that location on a Saturday and submitted our lease application on the Monday,” Jesse goes on “We weren’t even necessarily planning to open in Copenhagen, it was just that every possible star aligned on that visit and it felt right. At the time, and still, Copenhagen was our most consistent European market. So we thought, let’s try this. I don’t know what happened, because there were two applications ahead of us, but we ended up getting the lease. Seven months later, Boyy Boutique in Copenhagen was open, and it was a bit like starting over.”

The store itself is as much a display of interior design as it is the Boyy collections. With hand-tiled floor and a custom-made Italian marble door, there’s a grandness that you don’t tend to find in individual retail. The designers obviously take a lot of pride in their presentation, something that their customers have noted.

Boyy customers tend to be loyal; gaining that demand and trust in a new market can take time – and more than just a beautiful storefront. But time is something that Wannasiri and Jesse understand; it’s taken a decade to get to where they are today.

What I love about talking with Jesse and Wannasiri is how open they are about their journey. The mystique around fashion – you either get it or you don’t – is nonsense. There’s a lot of trial and error that goes into the design process. Also a lot of money. Throughout the interview they reference times when they were broke, times when they were just making ends meet, times when they had to push to make it work. This isn’t some overnight Cinderella story, it’s a business.

And businesses need to grow. Jesse and Wannasiri aren’t content to only produce bags – they’re looking to enter the accessories market with sunglasses, shoes and hats – as well as create a specific men’s line (many of their pieces are already unisex).

We wrap up the interview and I ask one last question: with all of these origin stories, and all the locations, do you think of Boyy as “from” anywhere? Jesse takes a beat and says, “we’re not from anywhere. We’re for everywhere.” Airbrush that on a bag, people. We have a slogan. 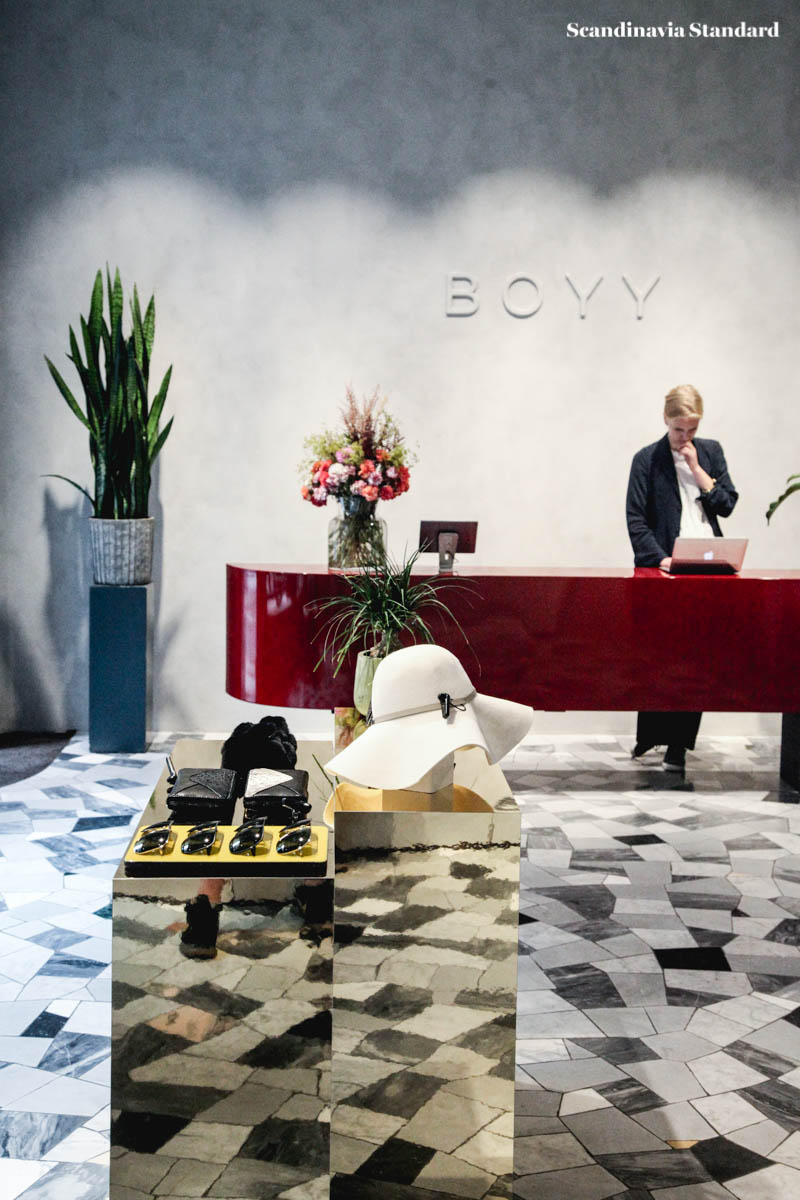 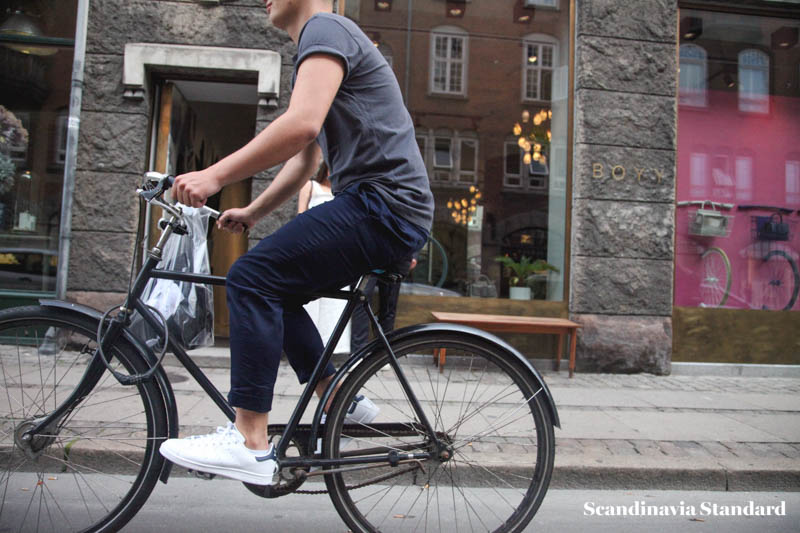