Ask anyone in Helsinki what the biggest musical event of the summer is and they’ll tell you: Flow Festival. This year, the festival takes place 9th – 11th August at Suvilahti, a former power plant close to the centre of Helsinki.

The strong musical line-up this year includes Solange, The Cure, Leroy Burgess Full Band, Erykah Badu, and Earl Sweatshirt. In addition to great music, Flow Festival offers fantastic art performance and installations. Their beloved “Family Sunday” encourages festival-going for the whole family: from 1 -5 pm, adult ticketholders can bring up to two children under the age of 12 for an array of fun activities such as graffiti for kids, a disco dance party, and films. What a cool way to include kids in a music festival!

Though the festival does include a number of major international acts, but one of the best things about Flow is how they always include a large number of local Finnish acts, from established to emerging artists. Flow Festival is also well known for their DJ sets, which keep the crowd dancing late into the night.

Whether you’re going to Flow Festival or not, get yourself into the right mindset with music from their line-up. At the end of the list you’ll find some really heavy stuff from Finnish metal band Katakombi, just to really get you headbanging.

Get the best tunes from Helsinki’s Flow Festival with our playlist: 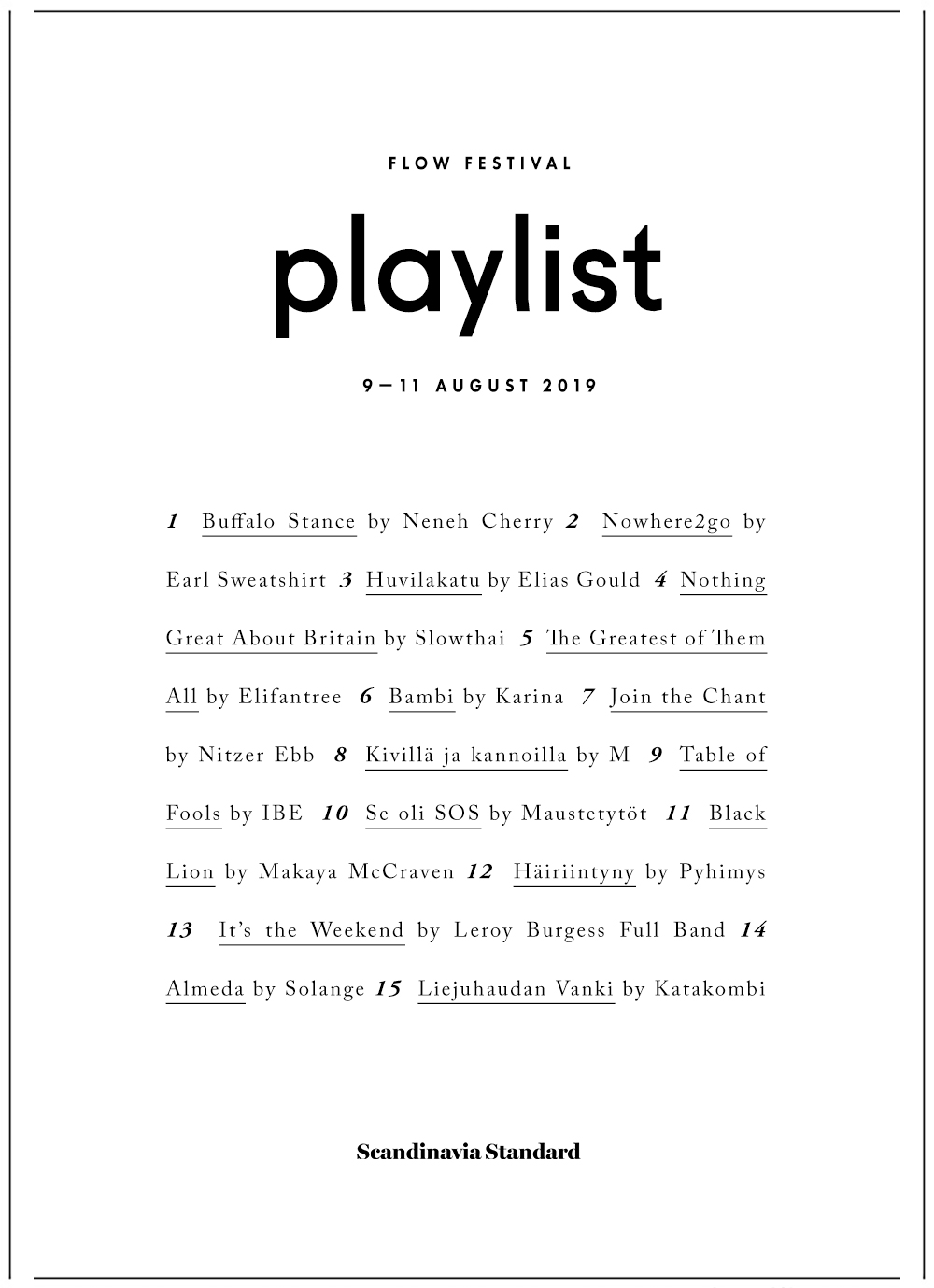 Find out more about Flow Festival and book your tickets.