As an American, I can tell you that pie is an important part of the national discourse. Apple pie in fall, pumpkin pie at Thanksgiving, pecan pie at about every respectable diner up and down Highway 1; the options are endless (and delicious!). Add a dollop of vanilla ice cream or whipped cream and it’s smooth sailing from there.

But before I get too philosophical on the topic of pie (oh, I can go there. If you want to know more, write to me at [email protected]), you probably want to know where you can get some in Copenhagen. A few years ago, the answer would have been: nowhere! Book a flight to Nashville, fool! Now I can excitedly tell you to get thee to American Pie Company. 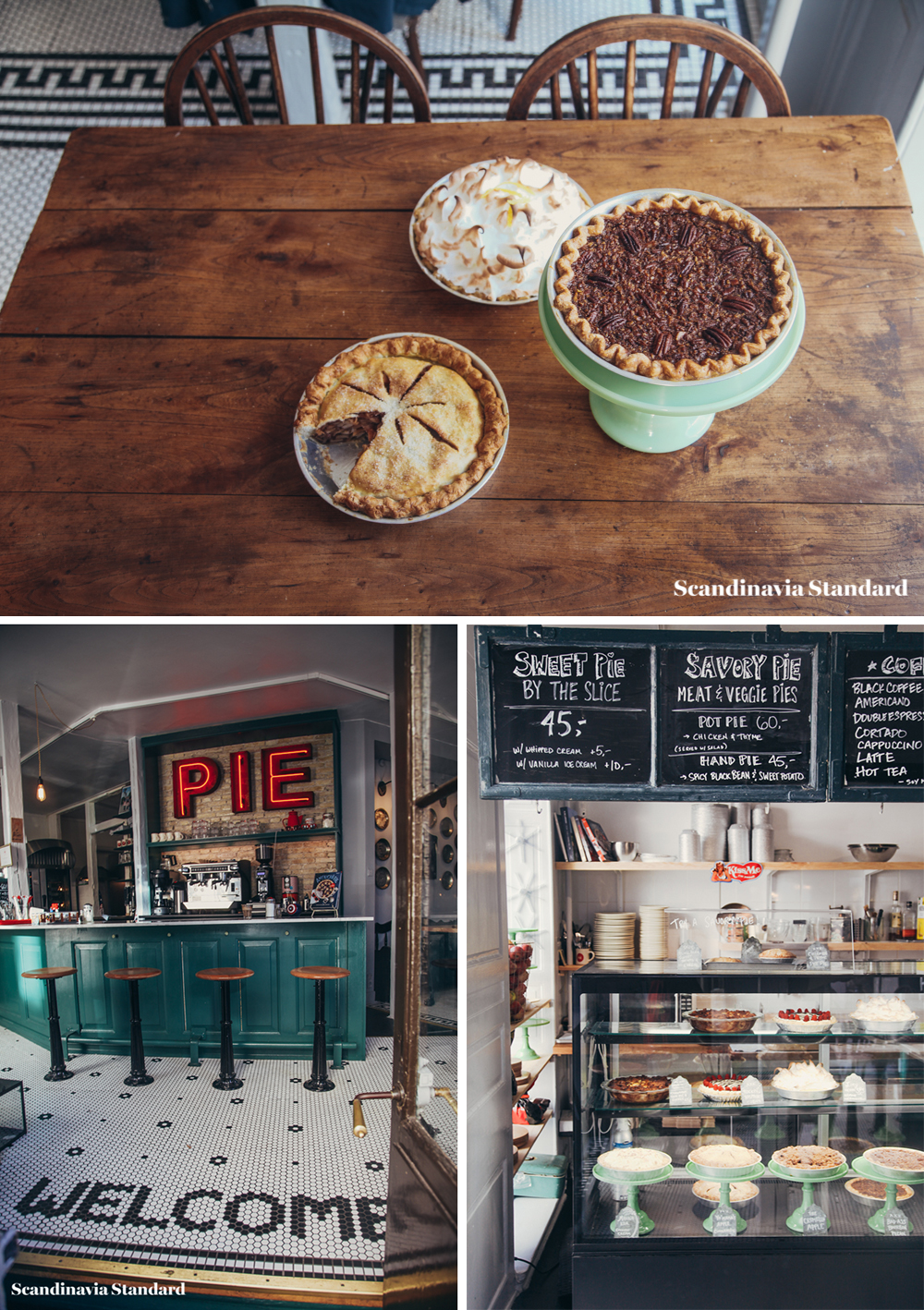 Opened in October of 2015 by two American immigrants to Denmark, Erin Chapman and Grave Løvig, and a Dane, Dorte Prip, American Pie Co. is the product of three sets of very complementary skill sets.

Grace has worked as a chef and caterer for years, from Hawaii to Denmark. Erin’s background in advertising and art direction has given her an eye for creative details and overall branding direction. Dorte’s extensive business experience, including her positions as Senior Vice President at Danish grocery chain Coop and CEO of Copenhagen Business School Executive, perfectly position her to understand the intricacies of a food business in Copenhagen. 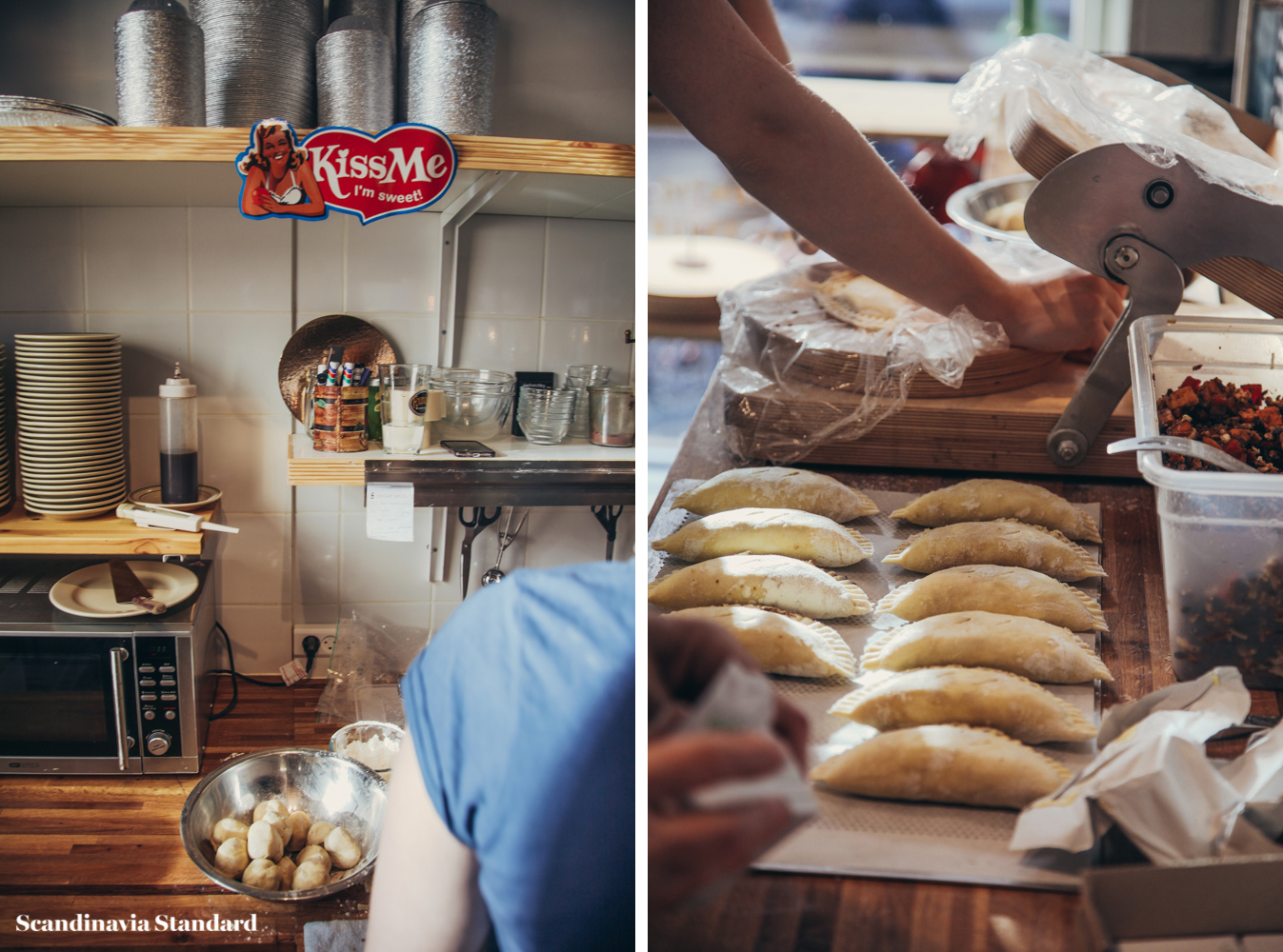 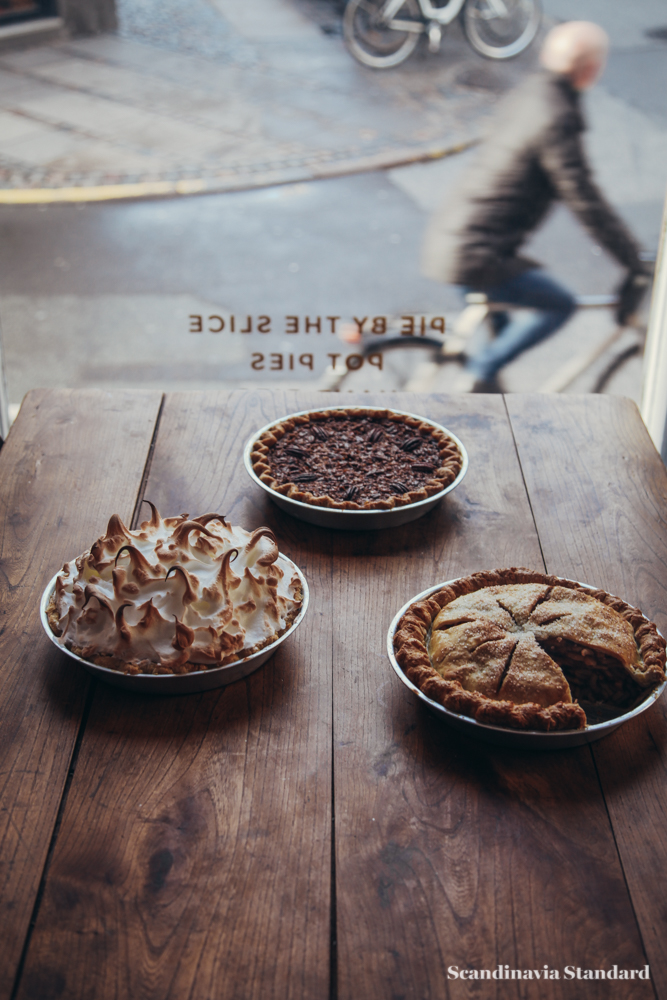 All three women share a love of good food and American culture and came together to create every aspect of the shop & brand. “We’d share a bottle of red wine and come up with a lot of crazy ideas, as you do,” Chapman tells me over a seriously good piece of apple pie with ice cream and cup of strong coffee (if my life sounds amazing, that’s because it is and I’m very grateful). “We’d talked about a storefront but our first conversations brought about the book.”

Luckily, that book, American Pie, was hugely successful and led to a second book, American Diner, in 2014. By January 2015 the women had decided in earnest (as in, sans wine) to open a storefront with Dorte as CEO, Erin as the Creative Director and Grace as the Head Baker. The Skindergade location opened up in August 2015. 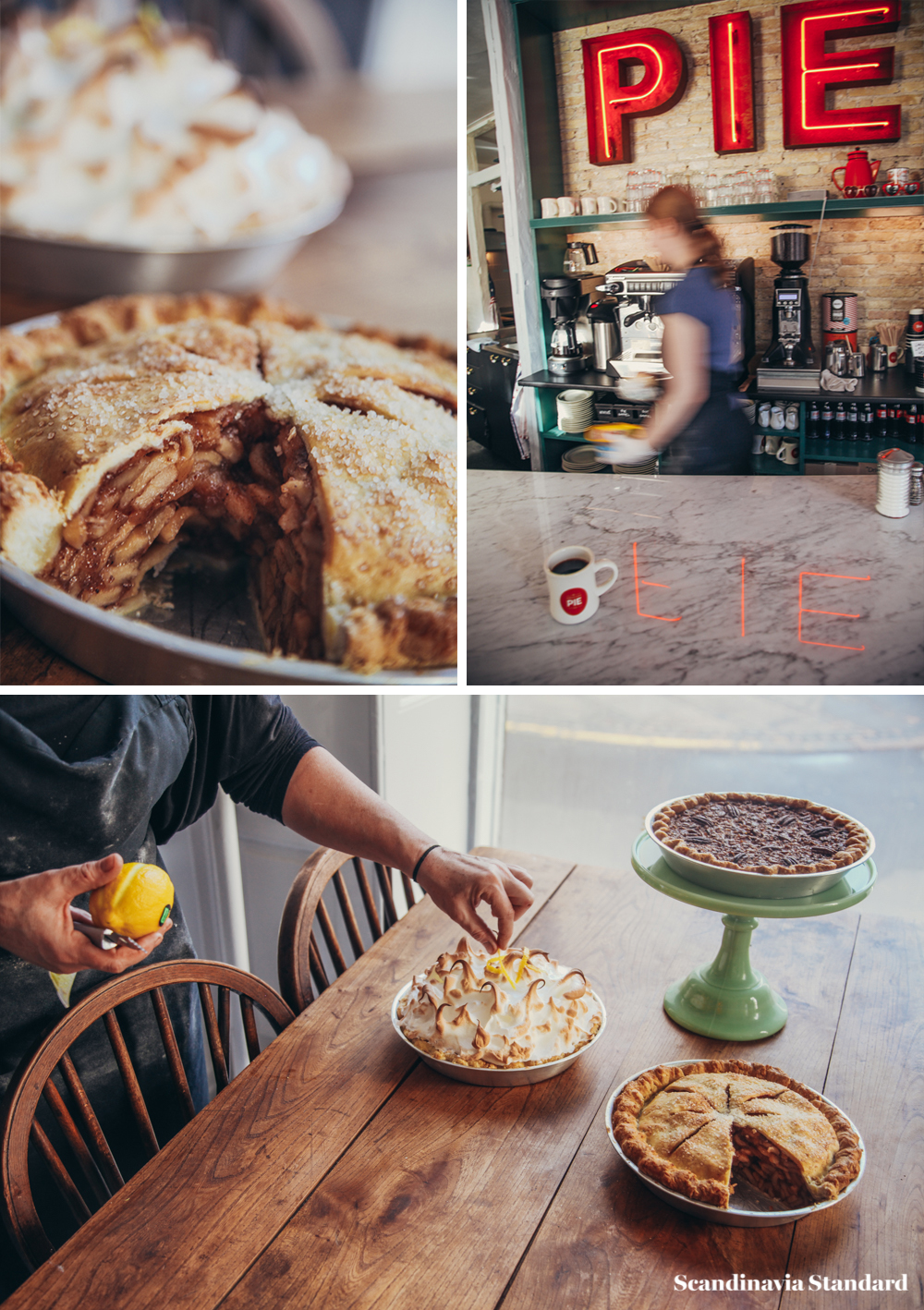 When they secured the store, the interior needed revamping; the space had previously been a tea shop and wasn’t ready for commercial-level pie-baking. There’s a definite diner-meets-homey-apothecary vibe to the place now, with black and white tile floors – apparently a popular pharmacy pattern in the early 20th century – a rustic, comfortable bar and vintage knick-knacks like pie dishes lining the walls.

Upon opening, Erin says the response was immediate. But the customer-base isn’t necessarily what you’d expect. “There are definitely a lot of Americans coming in for that taste of home,” Erin says, “But the bulk of people are Danes and that’s exactly what we want. American Pie Company is about sharing our love of pie with Copenhagen. Cities across the world are seeing this return to basics and I don’t think Copenhagen is different in that respect, so pie does really well here. We’re not culinary snobs; we just really like pie!”

That’s evident in not only the way the three women joyfully run the shop, but in each beautiful pastry. The pies themselves are flavorful and fresh with perfect, flaky crusts. I took home a chicken pot pie hand pie for dinner and was equally impressed with their savory offerings.

Though some classic flavors, such as apple, are always available, the menu changes every three months to reflect the season. They even have snappy names. My personal favorite is “She’s My Cherry Pie,” which is the only time hair metal and pie have ever been comfortable in the same sentence.

If you’re looking for an authentic American experience in Copenhagen, American Pie Company has the right stuff. Not convinced that Americana is for you? Who cares? The pie is really good. 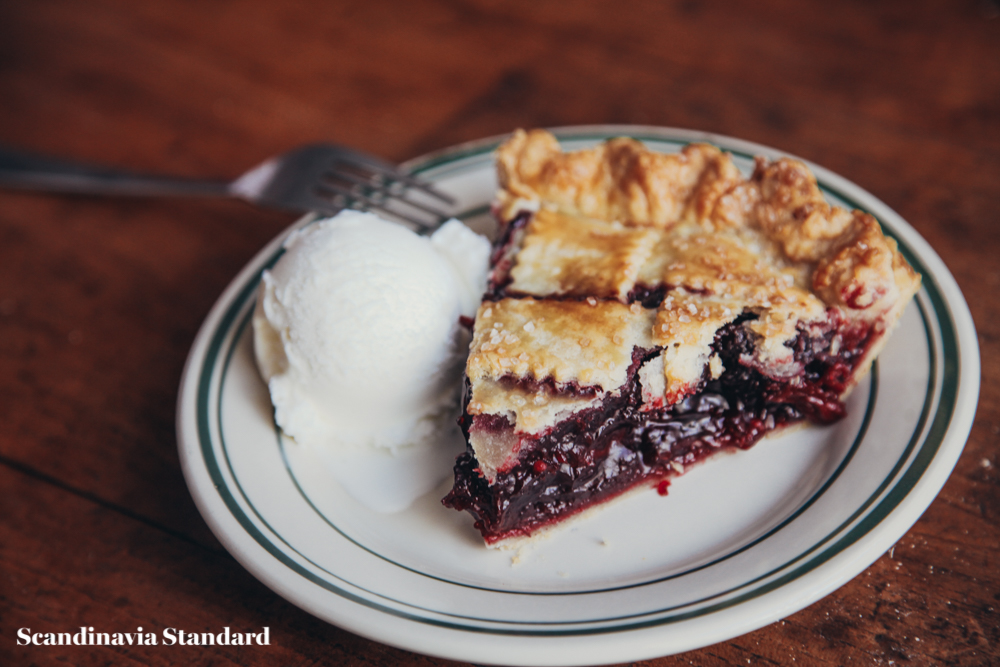 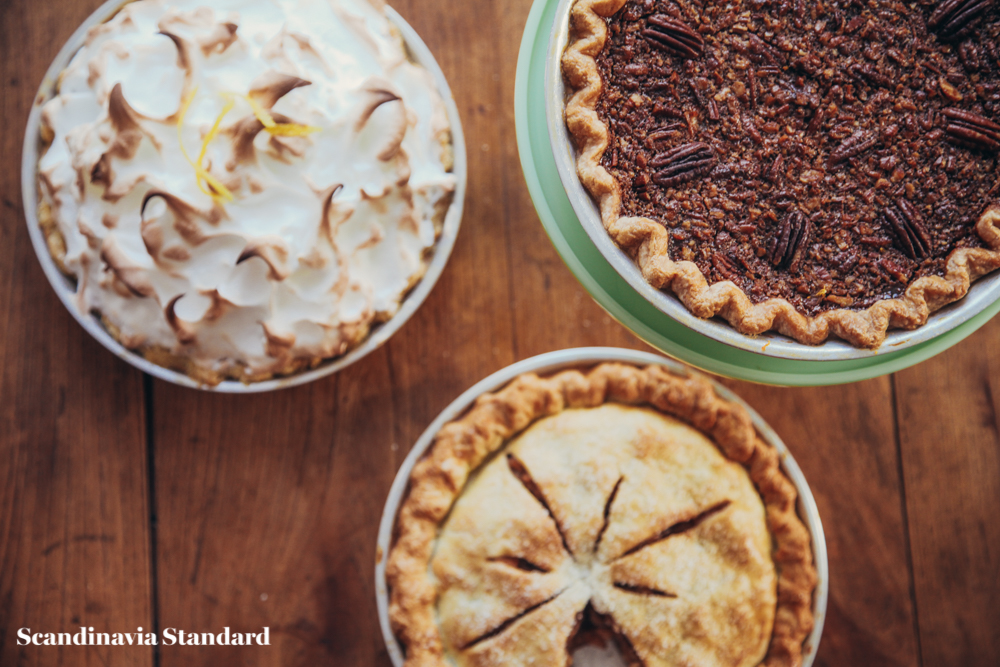 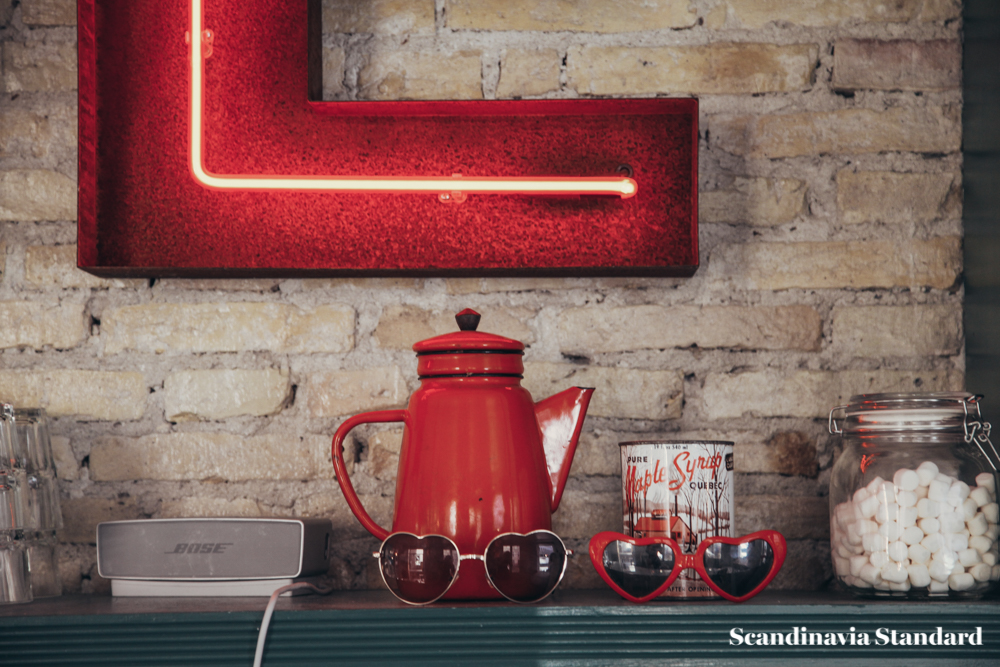 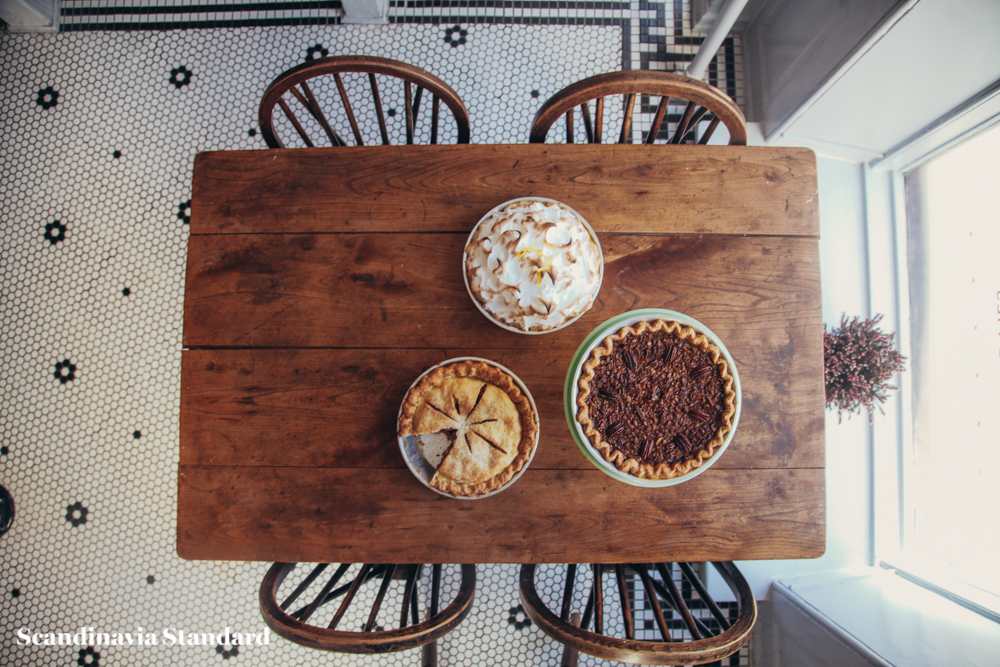 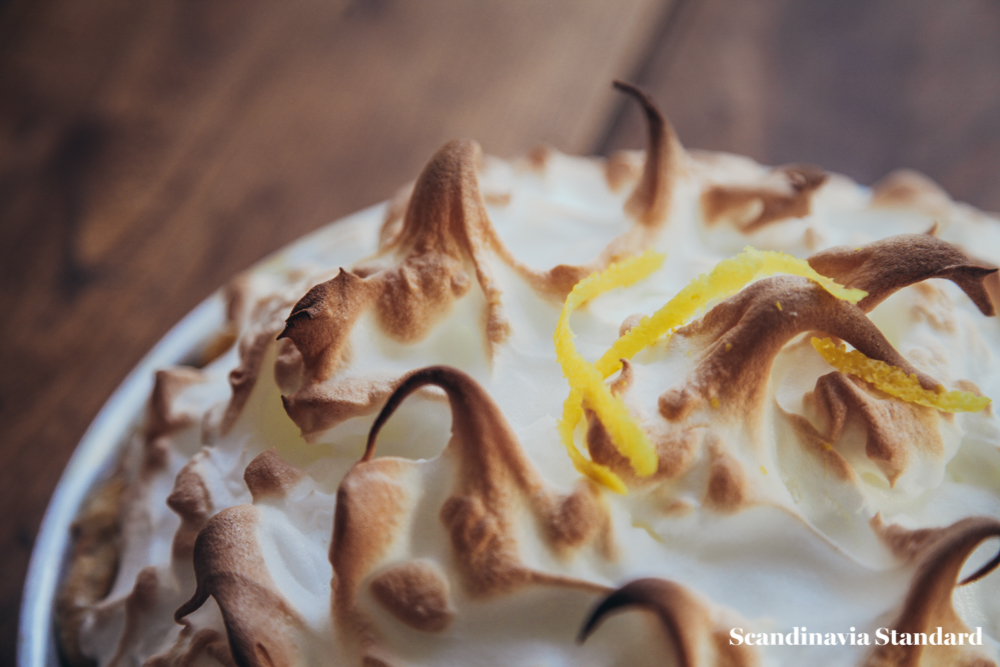 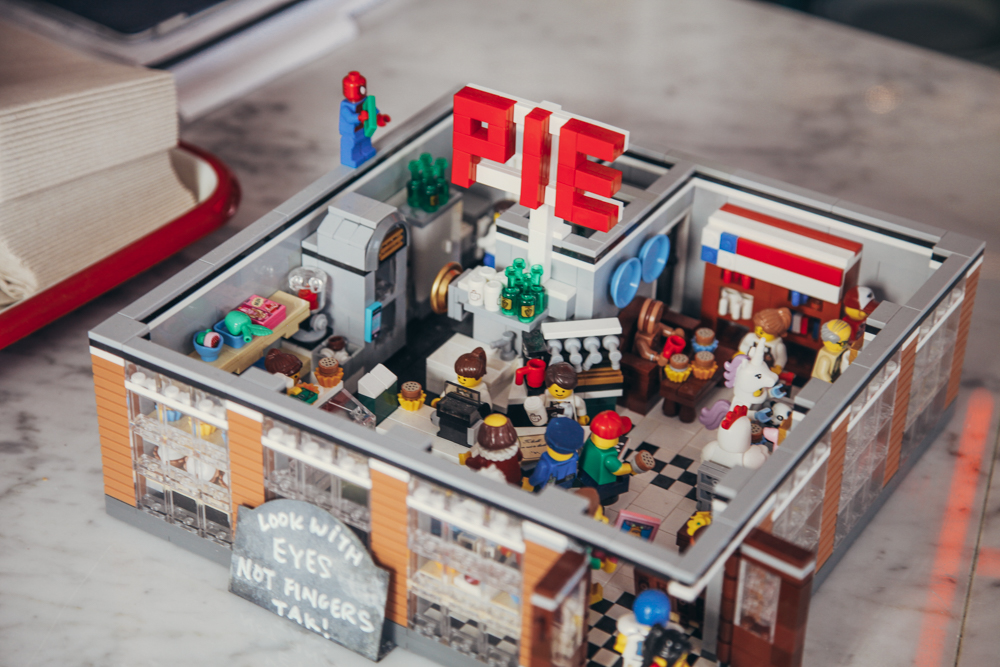 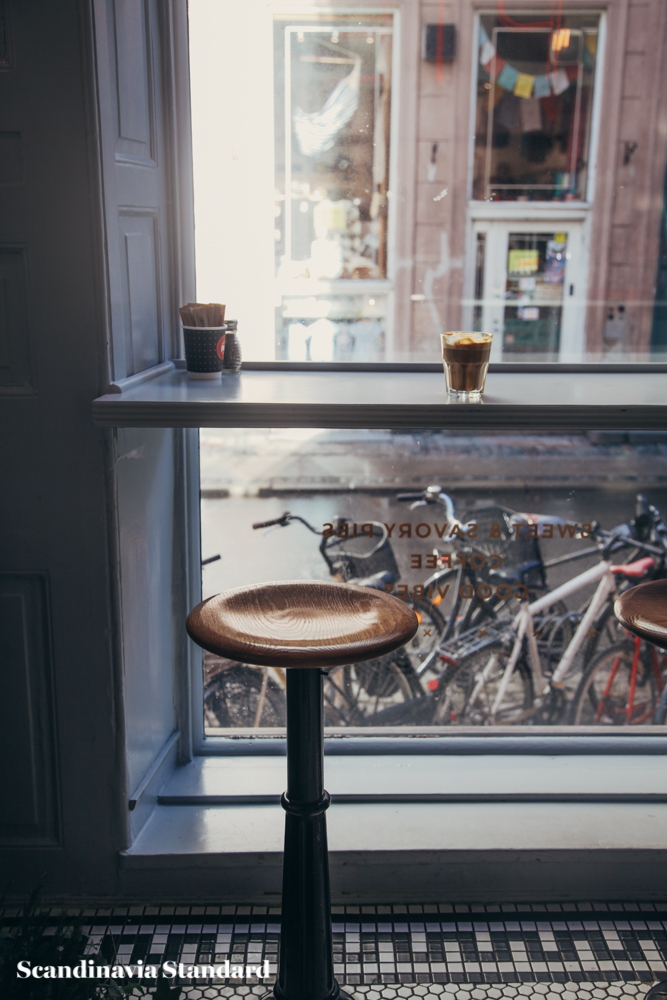 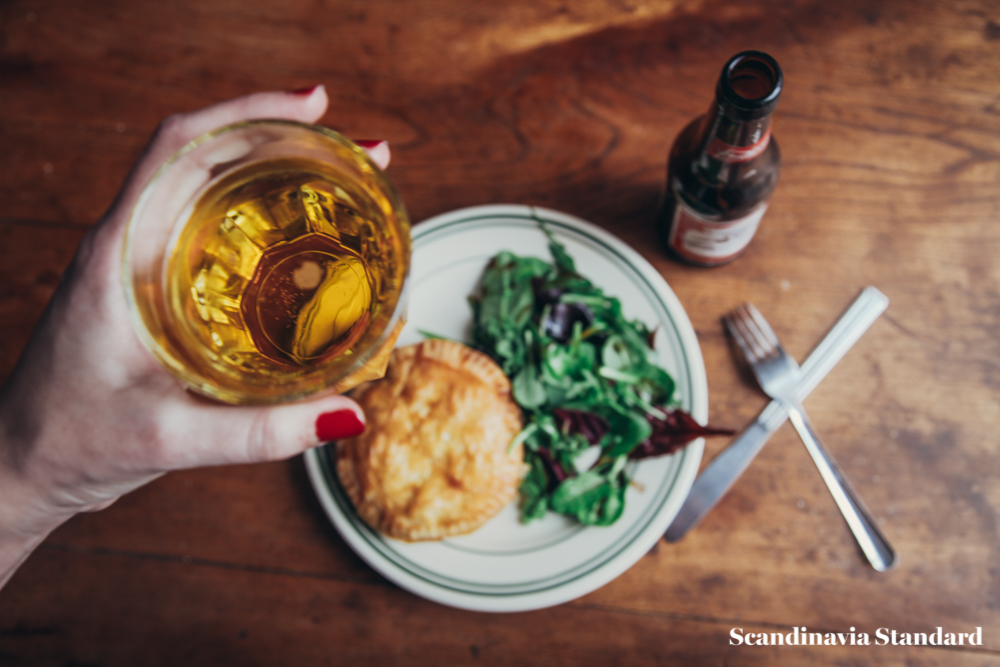 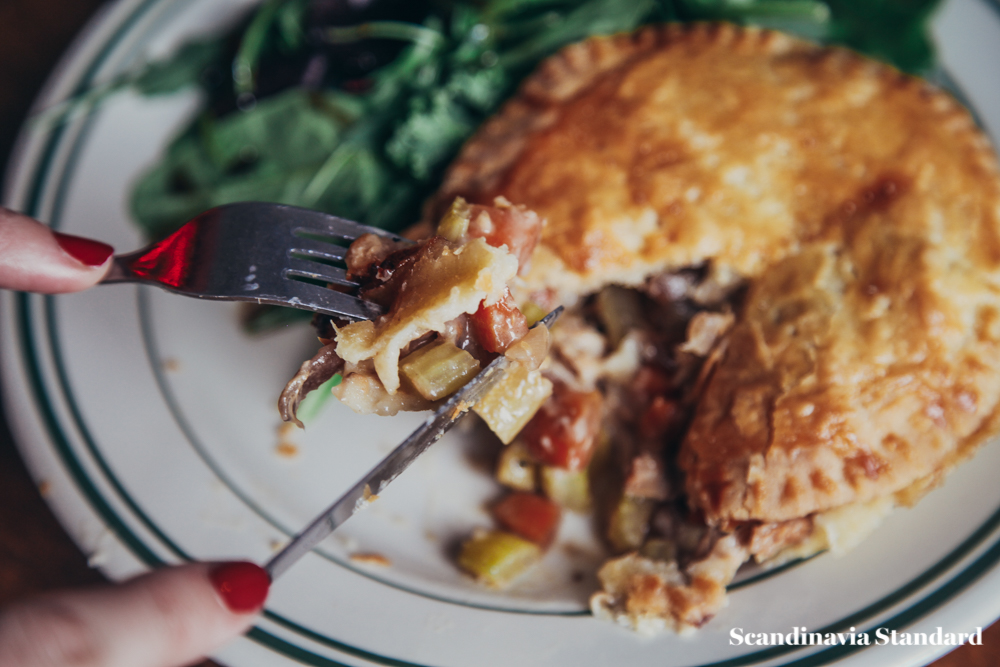 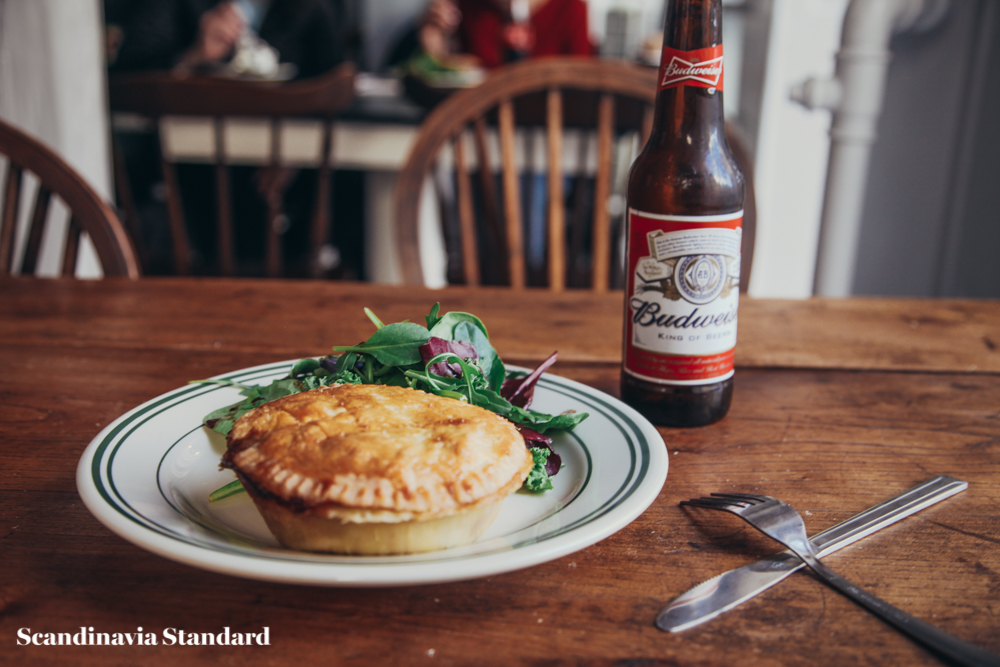 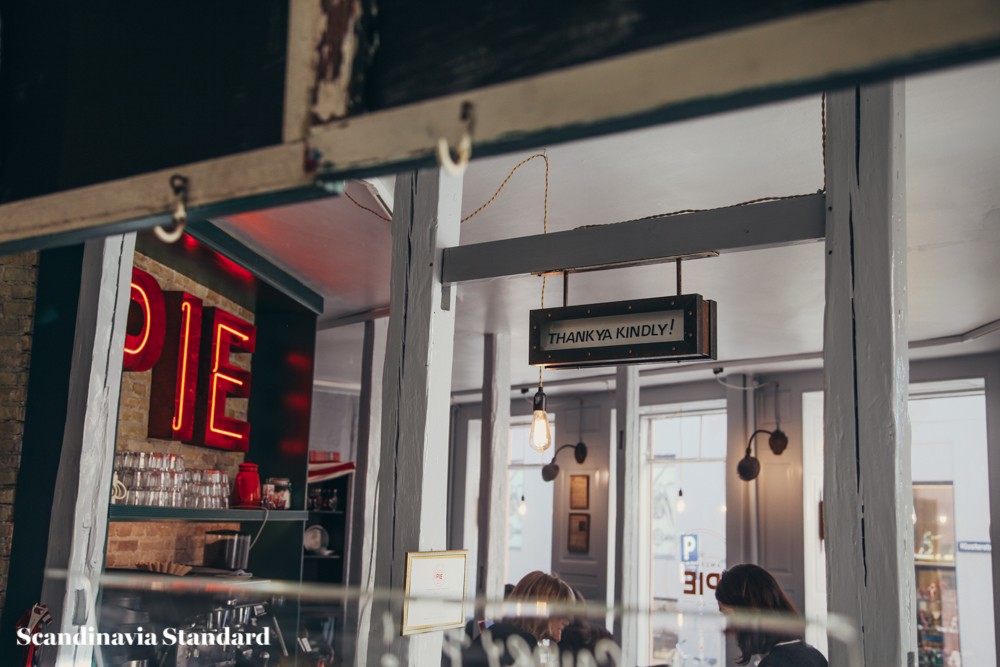 Is there a food from your home country you miss and would like to see in Copenhagen? Tell us about it!