Sitting across from a sepia image of Queen Elizabeth II, Fraser McGuinness wryly concedes that his barbershop’s kitschy furnishing mostly evoke tongue-in-cheek references to his Scottish identity. But scratch a little deeper than his irreverent humor, and you’ll find fixtures that hint to a past far removed from the business of cutting hair.

Back in 2008, Fraser was on the precipice of signing a career-defining record deal with Black Arc. During the previous ten years, he’d fostered his talents as a singer and guitarist on exhaustive tours with minor British alternative acts. Yet when presented with this major new contract, he was filled with foreboding.

“We’re in the lawyer’s office,” McGuinness recalls. “He’s a huge lawyer for the Rolling Stones and stuff, and he says, ‘We need to get everything out on the table. Are there any problems in the band?’ And everyone else is going, ‘it’s all good’. And I’m sitting there thinking: ‘no, it’s not.’”

McGuinness had been parachuted into the group to concoct original material, and during the nights he slept and wrote in the studio, he became attuned to the personal issues and disagreements rife among its members. Heeding his misgivings, he accepted another offer to tour as a technician with Danish band Alphabeat, who had just released their hit “Fascination”.

“I didn’t listen to pop music at all at that point; I only listened to, like, post-rock,” admits McGuinness.” [But], these guys were really young, super fresh, and I signed up and did the gigs cause I was like, ‘fuck the band! I’m going to do this.’ And I don’t ever regret that – ever.”

The three years McGuinness spent on the road with the Silkeborg outfit were antithetical to the “brutal” conditions that had characterized his past life in the industry. “Every gig we did was an absolute party,” he remembers. “The energy was crazy.”

But new ties to Denmark also flowed from this work, and after moving to Copenhagen in 2010, McGuinness landed a role with one of the country’s foremost electronic acts: Trentemøller. Starting out as a technician once again, he caught a break when he was asked to play bass for the group mid-way through a tour.

“My first gig was in front of, at least, 25,000 people; it was a festival called Sziget in Budapest,” McGuinness recollects. “We hadn’t really rehearsed together. I had just gone and learned the songs and come back. So everyone was a bit like, ‘Can he do it?’”

A seamless set and two encores later, he had solidified his place as a mainstay performer on consecutive tours that followed. “I did both jobs,” McGuinness shows. “I was the tech, and I was the bass player. And that was good because we got to tour the world… It was North America, Central America, a lot in Europe, and Australia.”

Yet after two years traversing the globe in his “dream job”, he was ready to quit. “I was sitting there in a bus touring the world going, ‘Man, wonder what it would be like to go home every day,’” reveals McGuinness. “And that appealed to me because I felt it was a bit of an empty existence.”

Tired of this transient, hedonistic lifestyle, he looked for a new profession which could sustain a more rooted living situation – striking upon barbering. “I remember thinking, ‘well, people always need haircuts.’ And when I looked into it, there was a lot of things that I could get from being a barber.”

McGuinness opened his shop in the Nørrebro neighborhood of Copenhagen in September 2015, and it has been booked solid ever since. His success hasn’t simply rested on mastering various cuts. Rather, his intimate ruminations with clients regarding their relationships, family life, and manhood have become a key stock-in-trade.

“A lot of men don’t feel like they can have those conversations, and therefore they don’t want them,” McGuinness explains. “But when it comes to a barbershop where they’re nice and comfortable and relaxed, and they can’t go anywhere – and I’ve got a knife,” he intones with a wink, “then they can have that conversation.”

This outlet for meaningful dialogue has been a mainstay in his shop’s walls, and McGuinness plans to launch a running club in 2019 with his customers’ needs in mind. Their ability to candidly confide comes primarily from the sense of detachment cultivated at his recently renovated Møllegade premises.

“I offer someone an amount of time away from their real life,” says McGuinness. “So you don’t have to be at home with the kids or the girlfriend or a mother or a father; they’re not at work, and they’re not at the pub with their mates – or wherever they go.”

“And I’ve customers that have cried in here – like, multiple broke down,” he continues. “And that’s why I don’t just feel like I’m hypothesizing right now. I’ve experienced some of this.”

A far cry from the stage and clapping of adoring fans, McGuinness has consciously repudiated the superficial encounters and ephemeral flattery that he grew to despise during his touring years. Instead, his cutting services act as a conduit for honest, often vital forms of human connection, in which both he and his male clients regularly find solace. 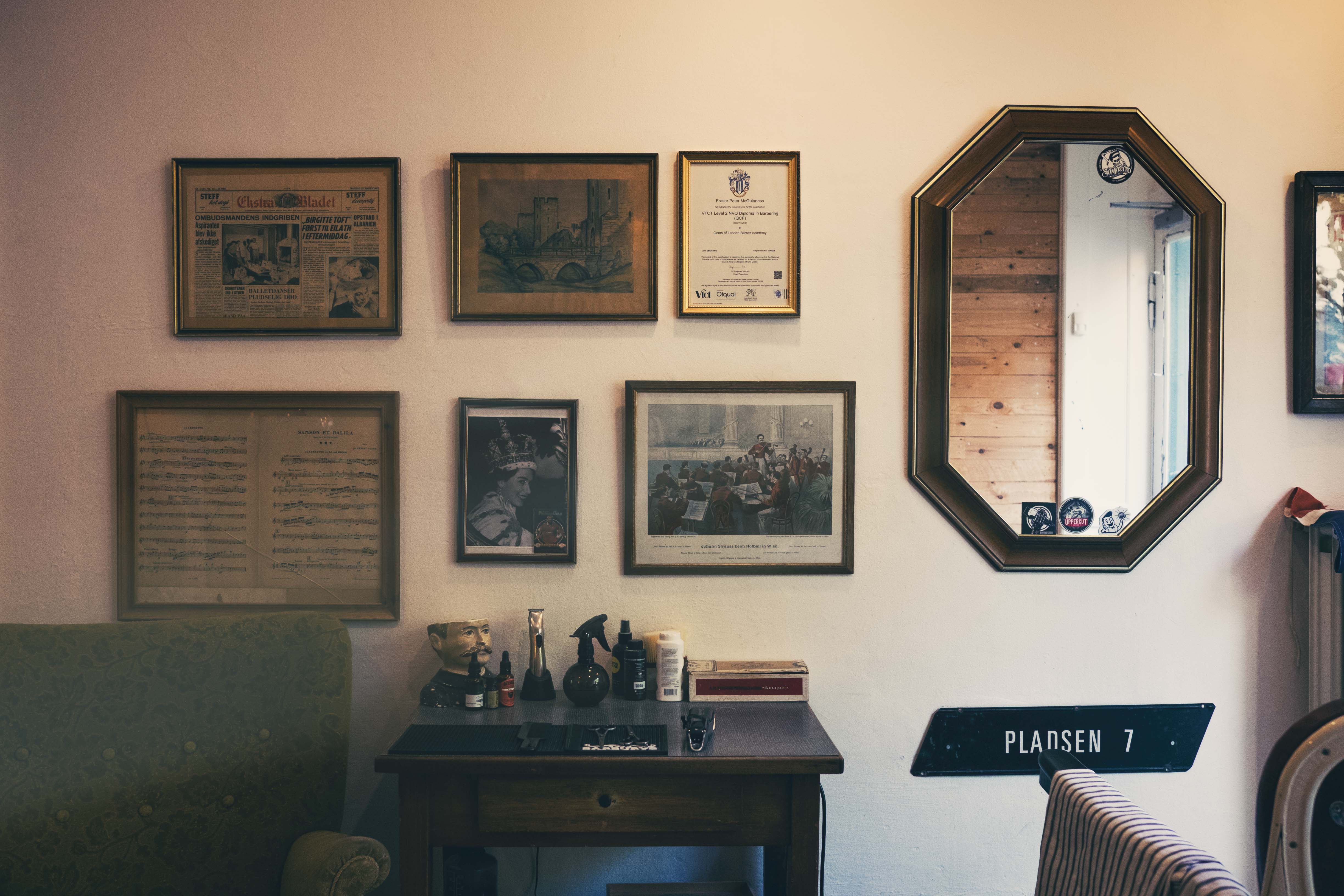